This Wednesday, February 21st,, Daredevil #599, written by Charles Soule with Ron Garney on linework, Matt Milla on colors, and Clayton Cowles on letters hits newsstands, with the former Kingpin of Crime uses his role as New York’s mayor to wage war against vigilantes of Daredevil’s ilk. Something is building and, with Daredevil getting ready to celebrate a milestone issue, if we were betting folk, we’d wager that something is big. Check out these preview pages that Marvel was kind enough to share! 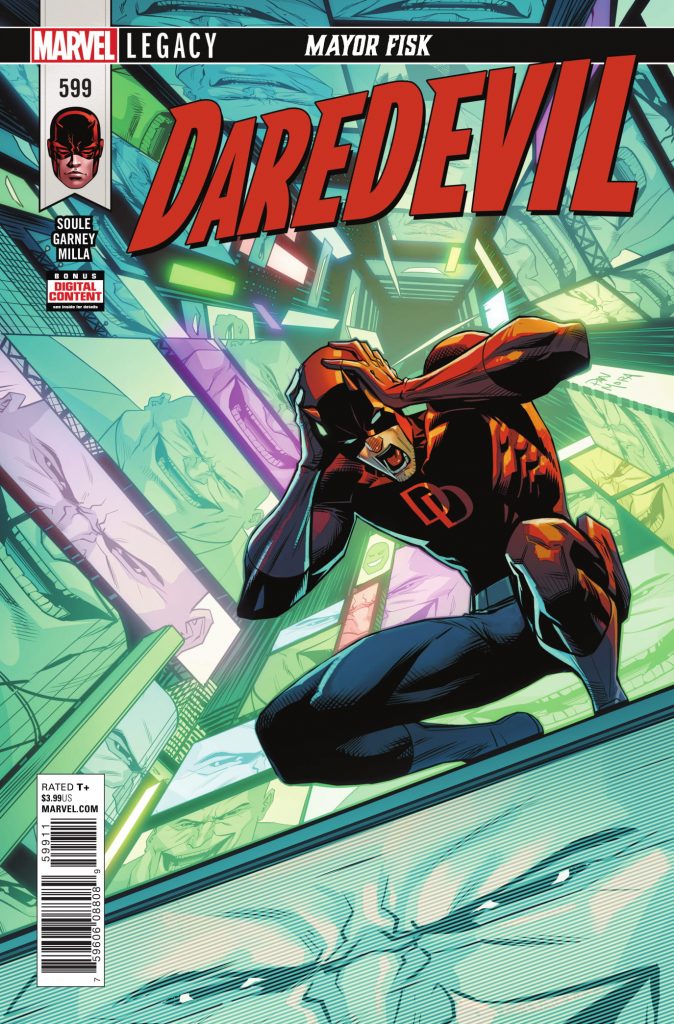 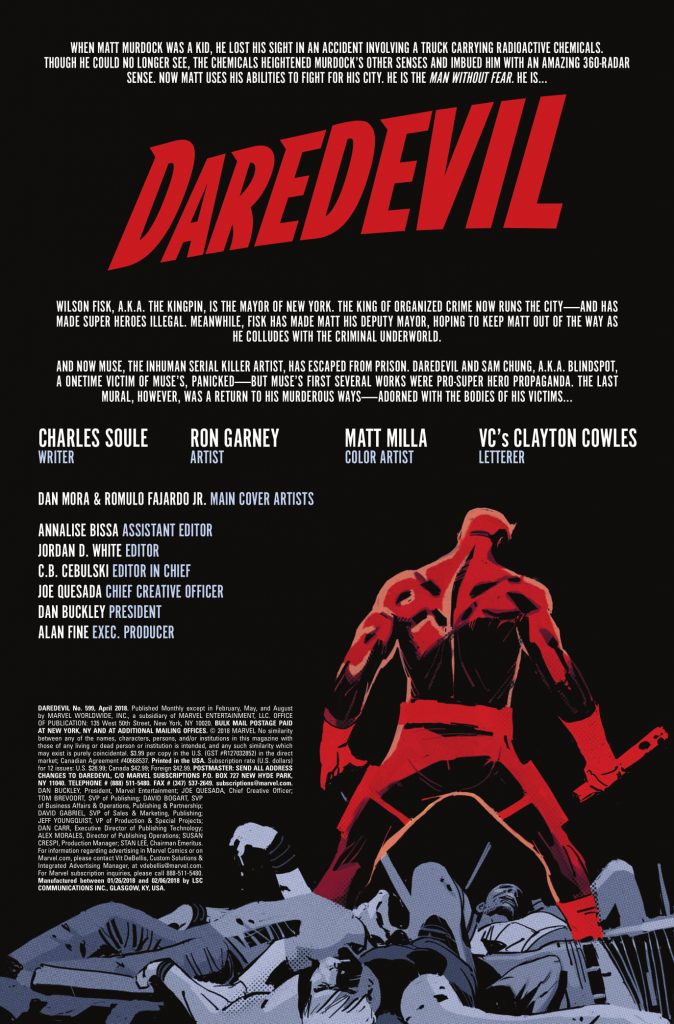 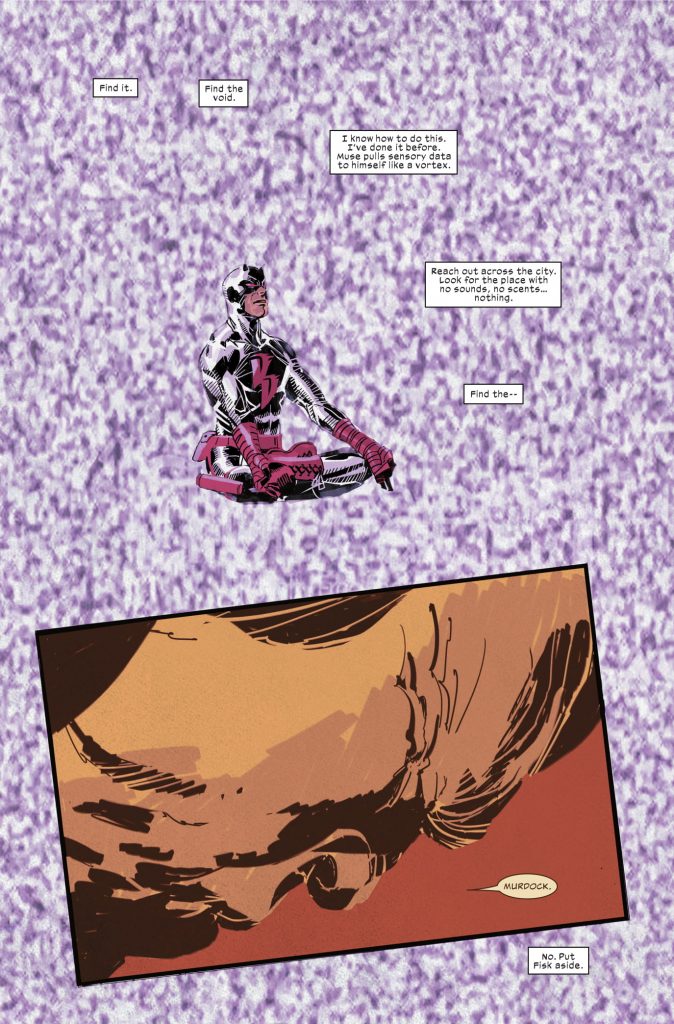 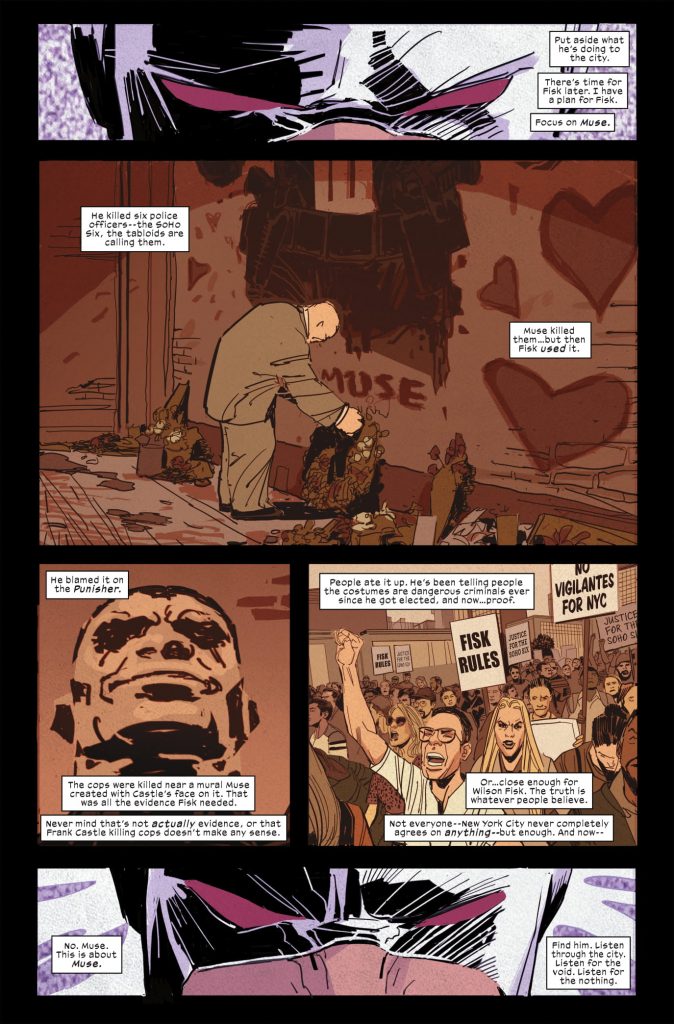 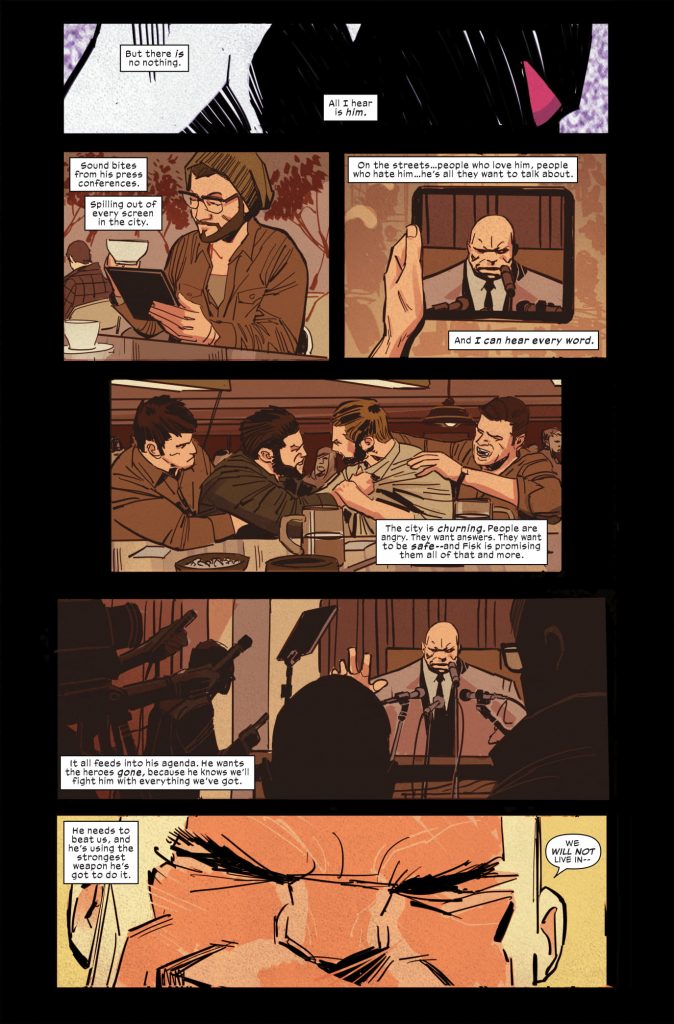 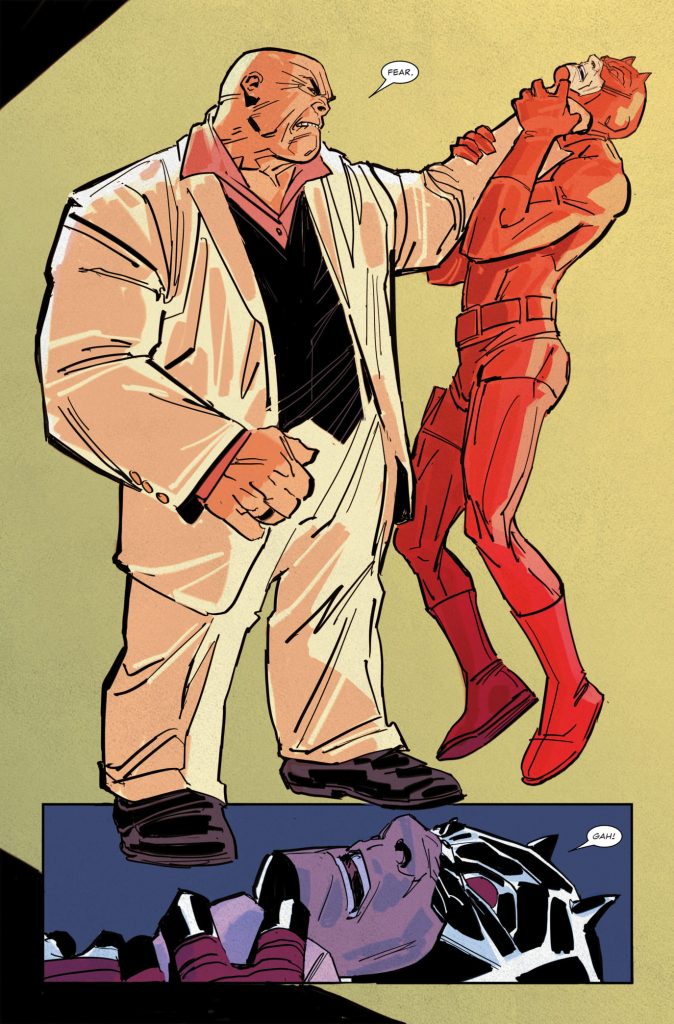 While Mayor Fisk continues his crusade against vigilantes, a new player joins the resistance against him…the psychopathic murder artist Muse! Can Daredevil deal with assaults from both sides of this conflict?