This Wednesday, March 7th, Doctor Strange: Damnation #2, written by Nick Spencer and Donny Cates with Szymon Kudranski on linework, hits newsstands, with things looking dire for the good doctor even as his ghost basset Bats and Wong assemble a team of heroes to help aid Strange and a demon-overrun Las Vegas.

Spencer and Cates proved with issue one that they’re working in perfect tandem, bringing the gravitas of what Strange has accidentally brought to Las Vegas in his arrogance, while cutting the grim with the funny when need be, be it through Bats’ dialogue–who doesn’t love a sassy basset hound–or Strange’s self-effacing monloguing. Kudranski’s art doesn’t miss a beat to the tone that Reis set up in issue one, bringing an appropriately creepy and ethereal quality to not just Vegas-Hell, but to the other locales and characters sharing the spotlight.

Check out these preview pages that Marvel was kind enough to share! 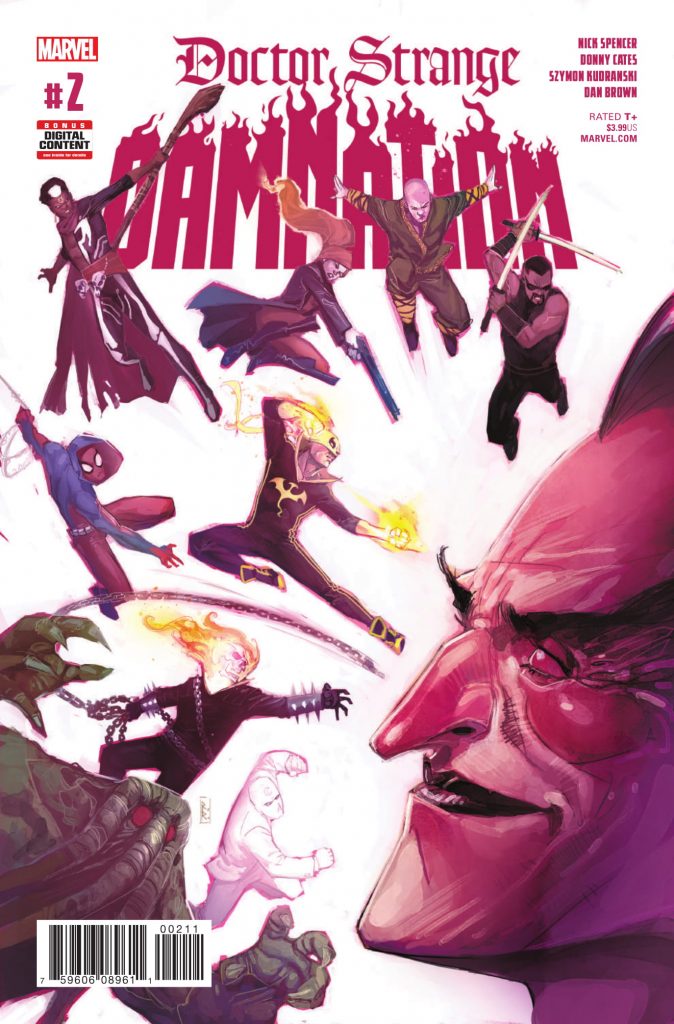 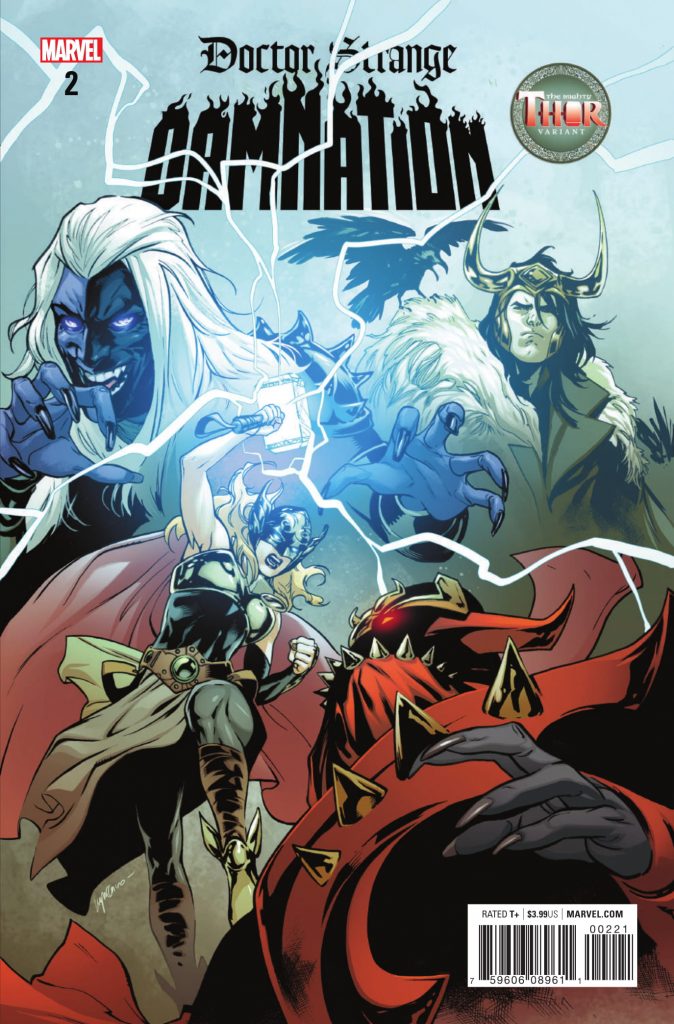 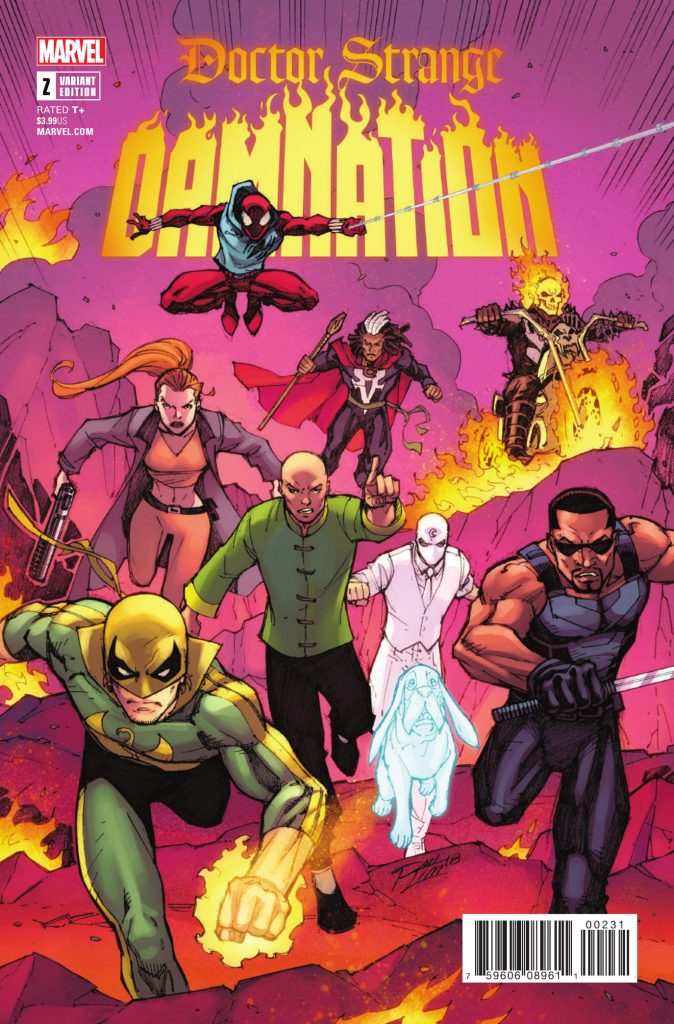 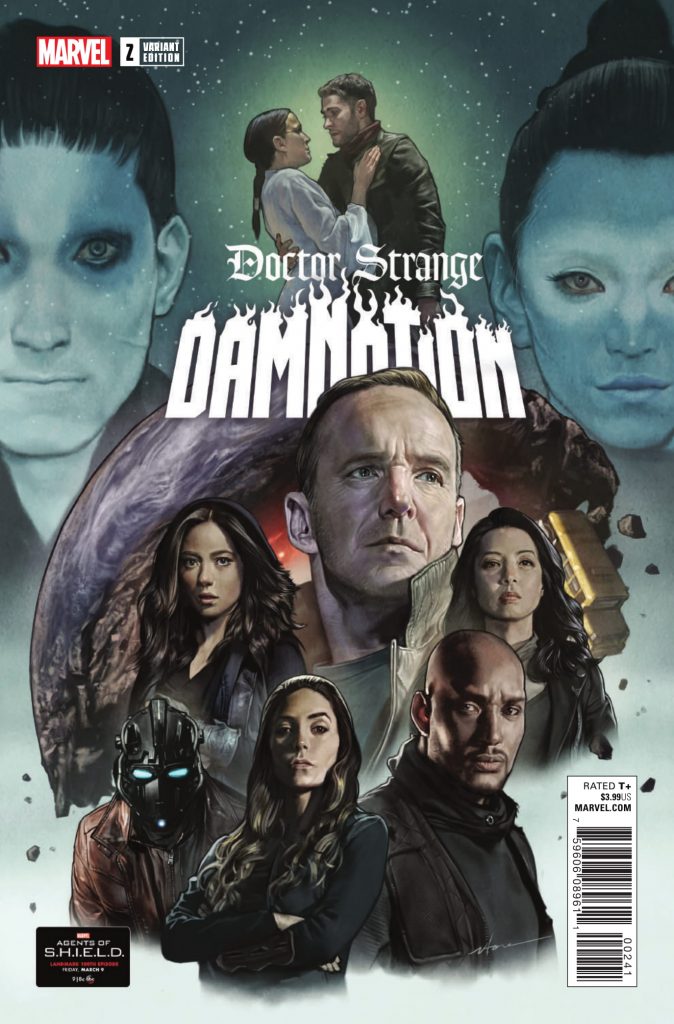 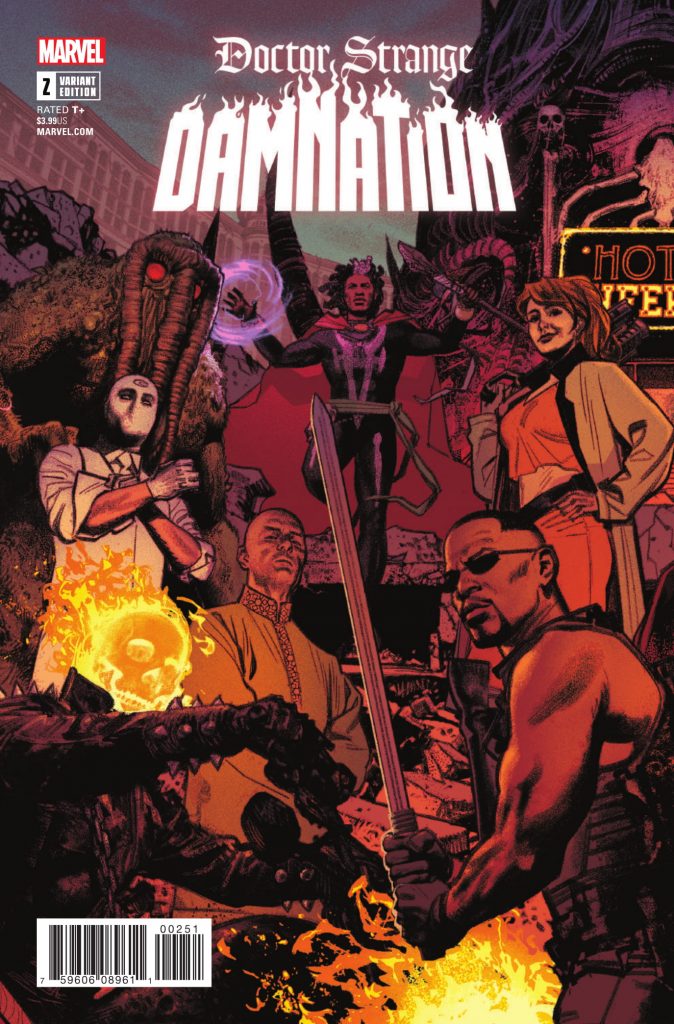 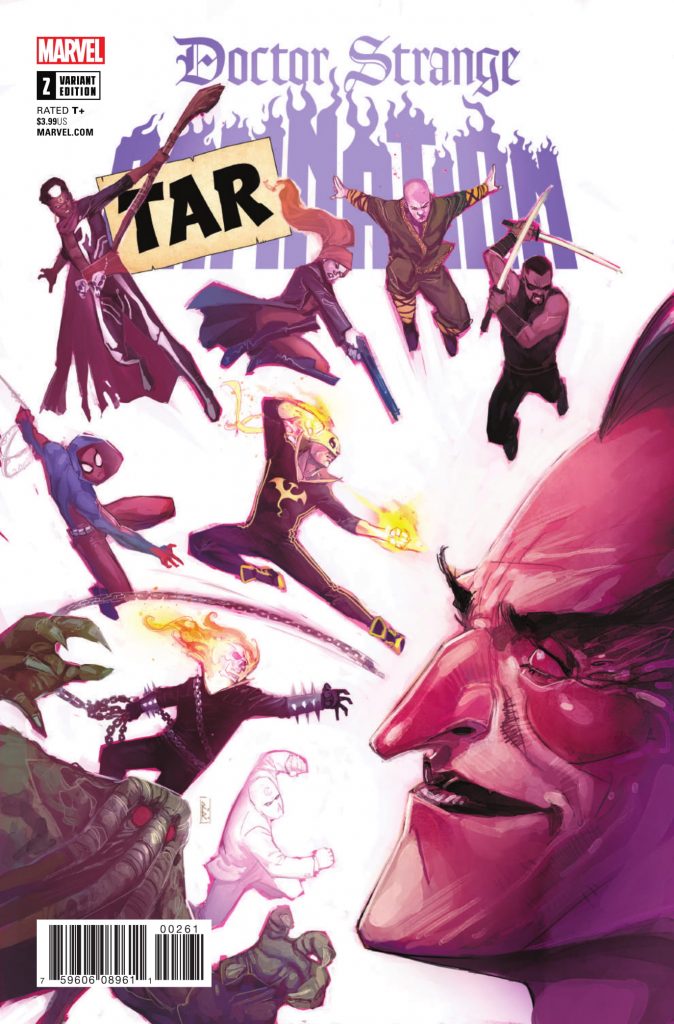 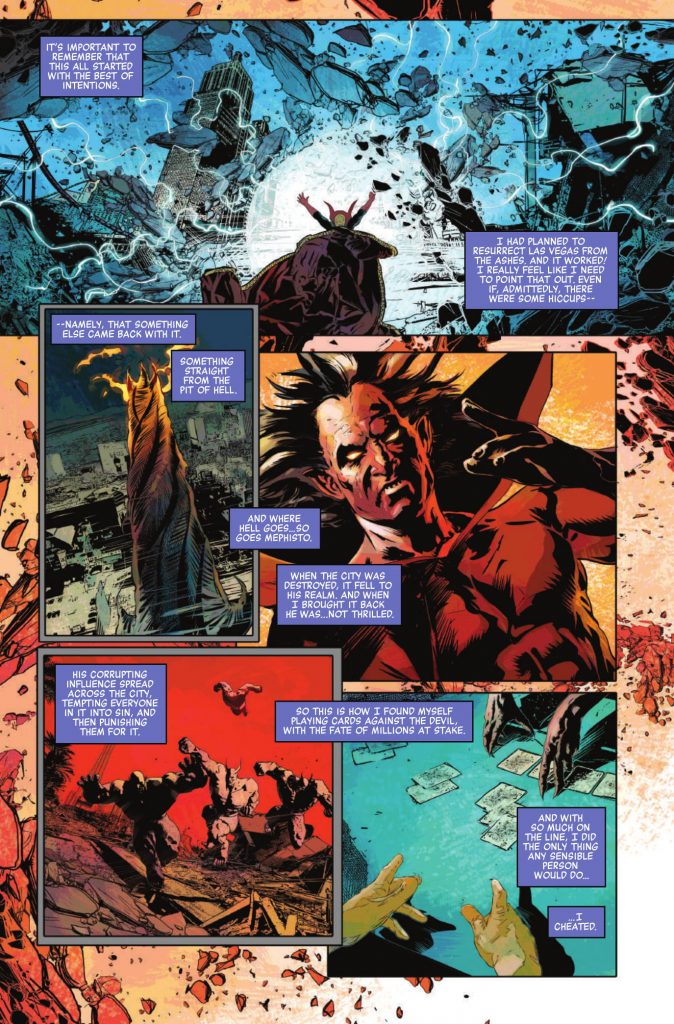 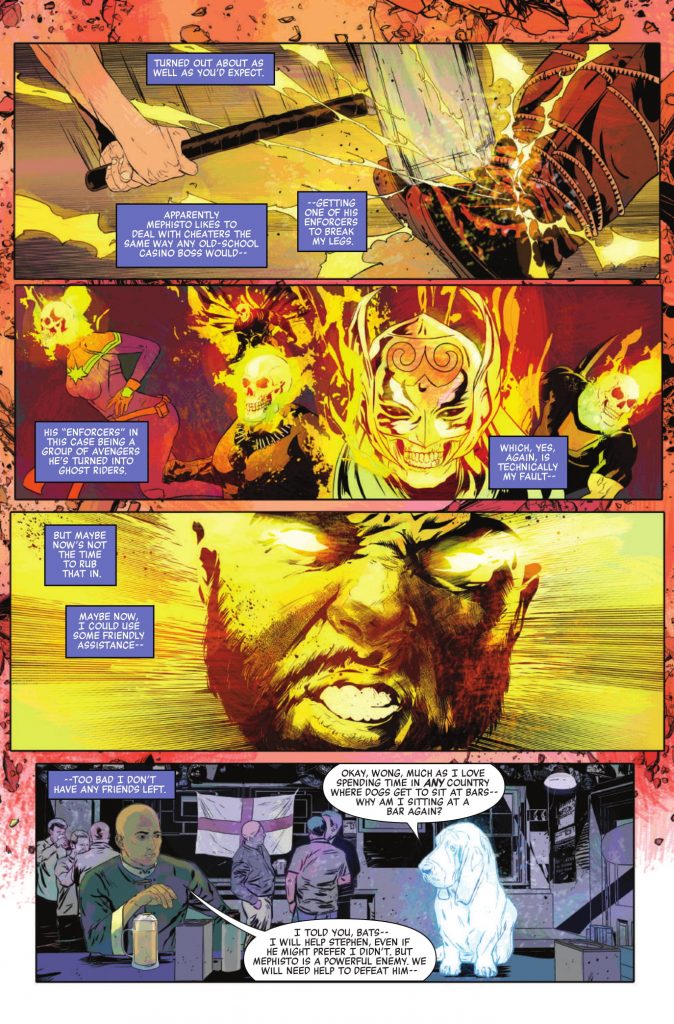 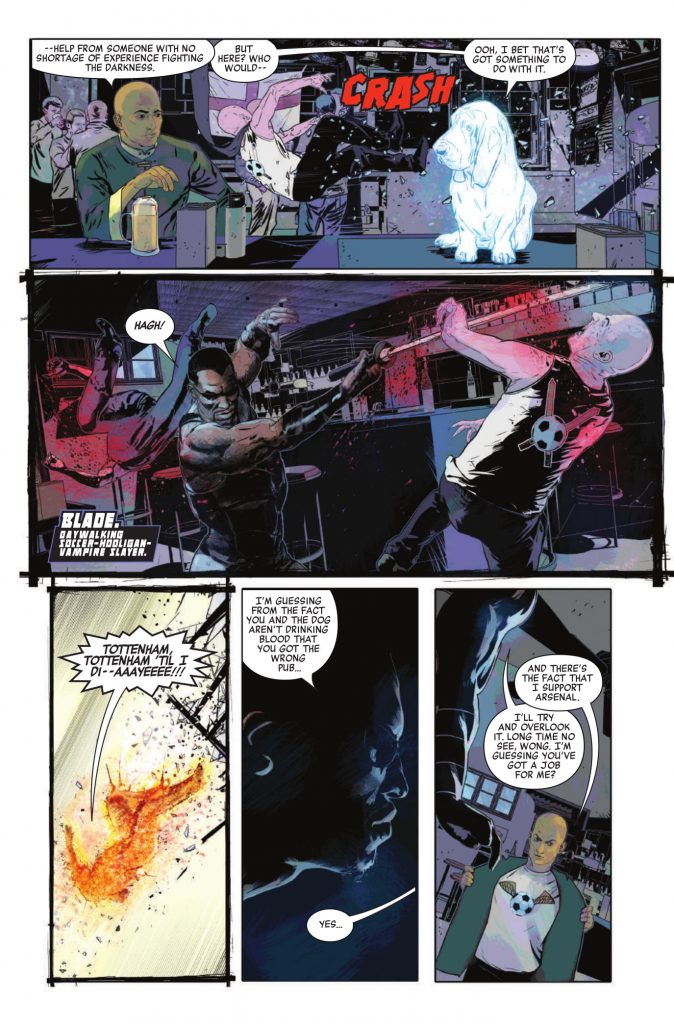 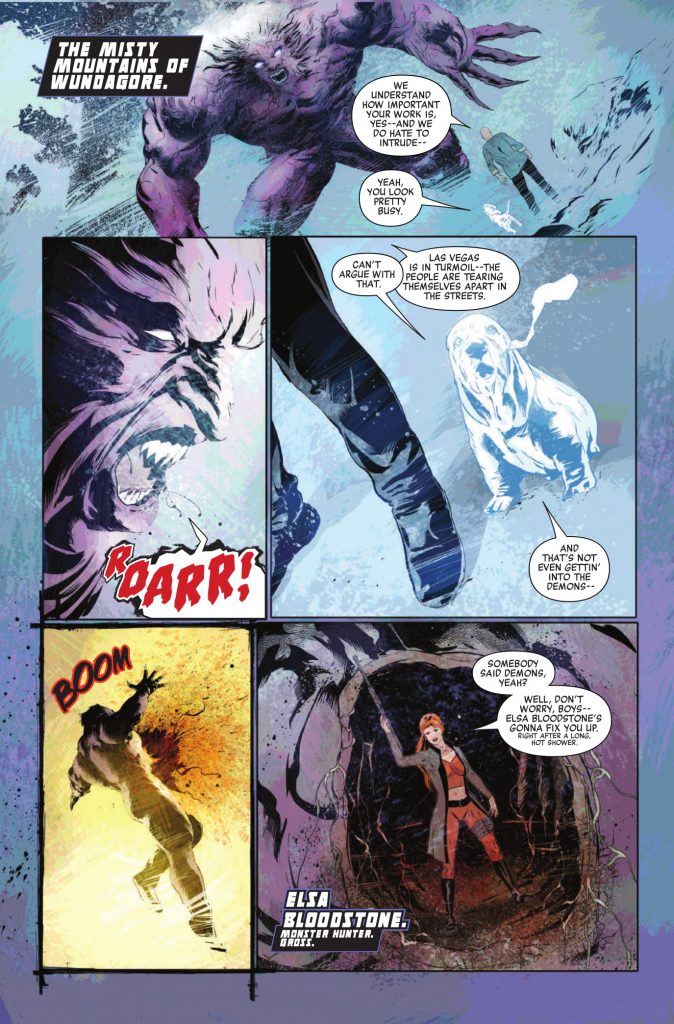 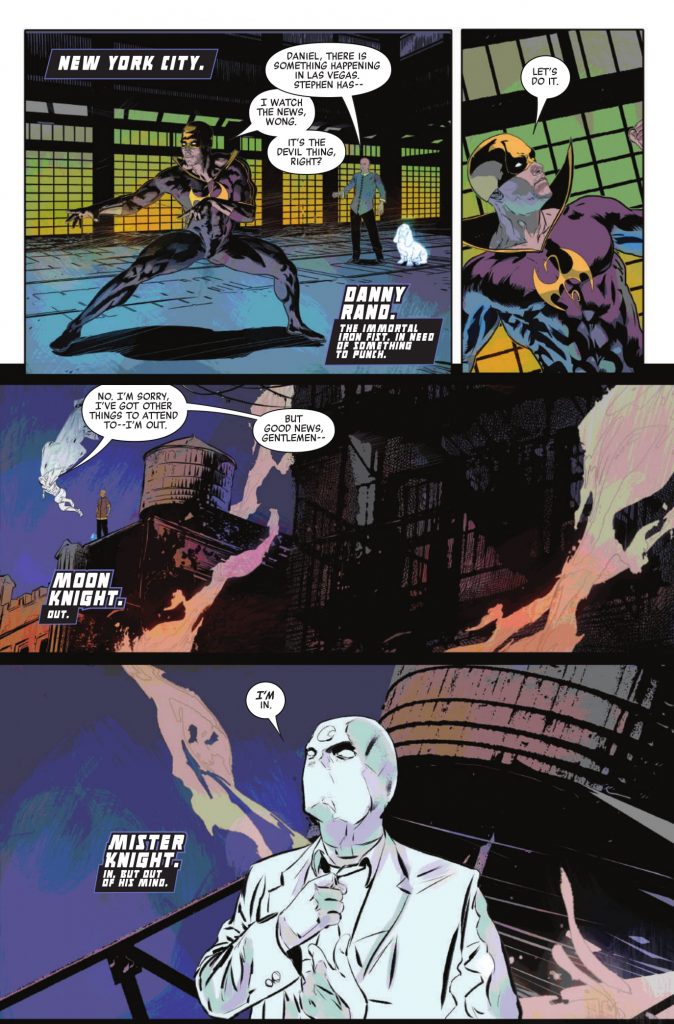 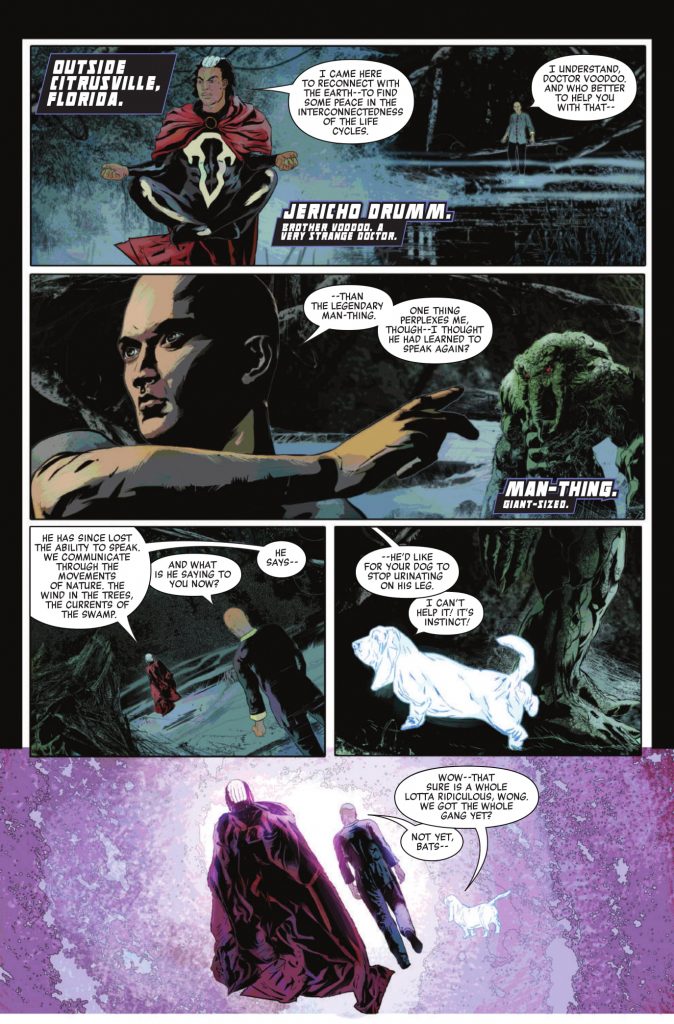 Mephisto has taken up some major real estate in Las Vegas, but he’s not going to stop there. He’s got the rest of Earth on his “TO GET” list and only Doctor Strange can stop him. The only downside? Strange went into Mephisto’s Hotel Inferno to confront him and has not been seen since. Add the fact that the devilish villain has already corrupted several Avengers, and Wong and his rag-tag group of mystical heroes look like they’re in serious trouble.