The question of the “Great Next,” what lies beyond life once ours has ended, is one that humans have ruminated on, written countless stories about, and have erected entire religions around. And understandably so. However, for Valiant’s hero Faith, the hypothetical is becoming real, as we see in Faith: Dreamside, written by Jody Houser, with art by MJ Kim, colors by Jordie Bellaire, and letters by Dave Sharpe. As Faith and Doctor Mirage explore the Dreamside, however, is it as idyllic as it seems? That’s a question that hangs in the air in our exclusive preview of Faith: Dreamside #3!

And be sure to check out the gorgeous covers by Marguerite Sauvage and Sibylline Meynet! 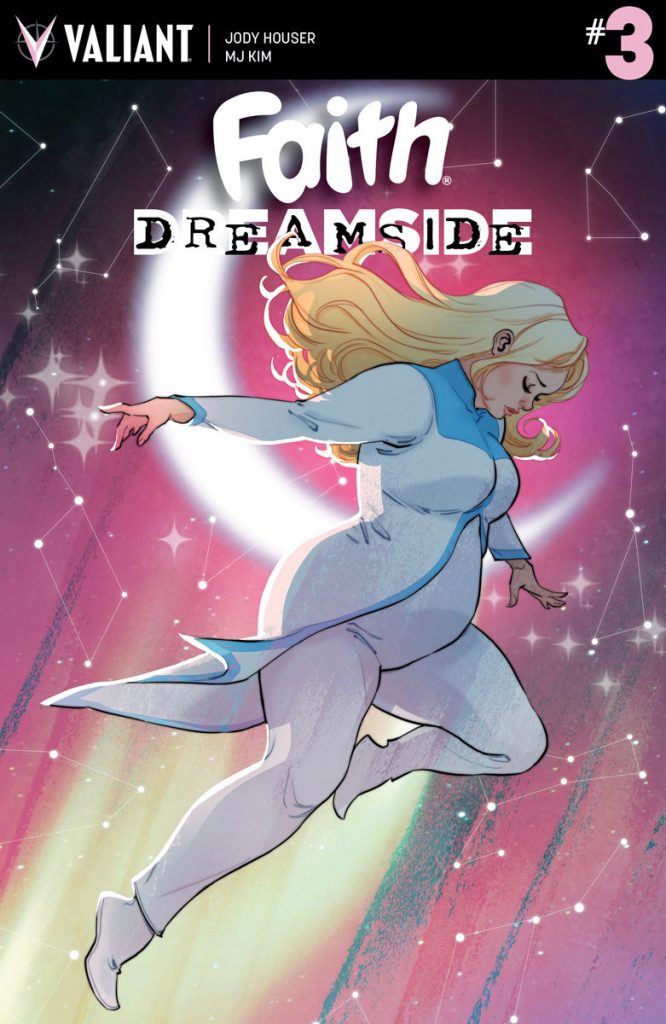 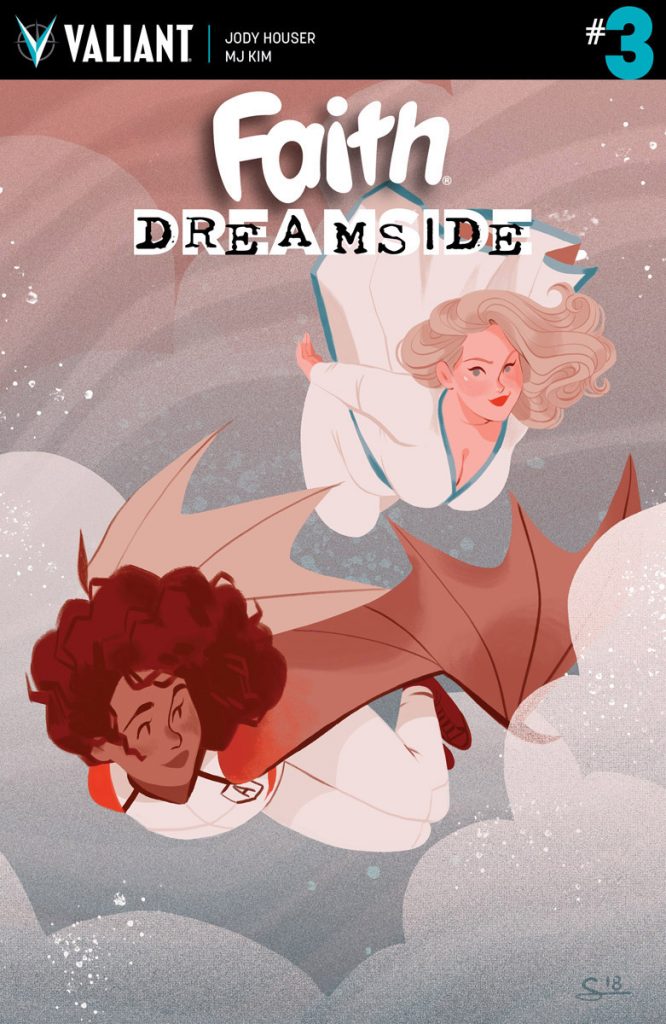 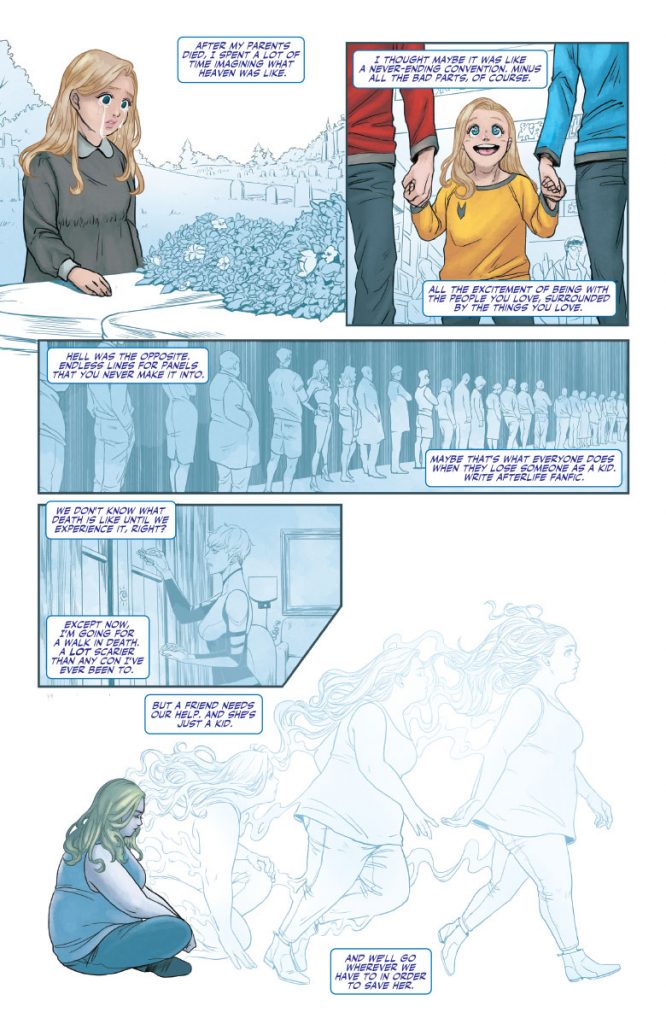 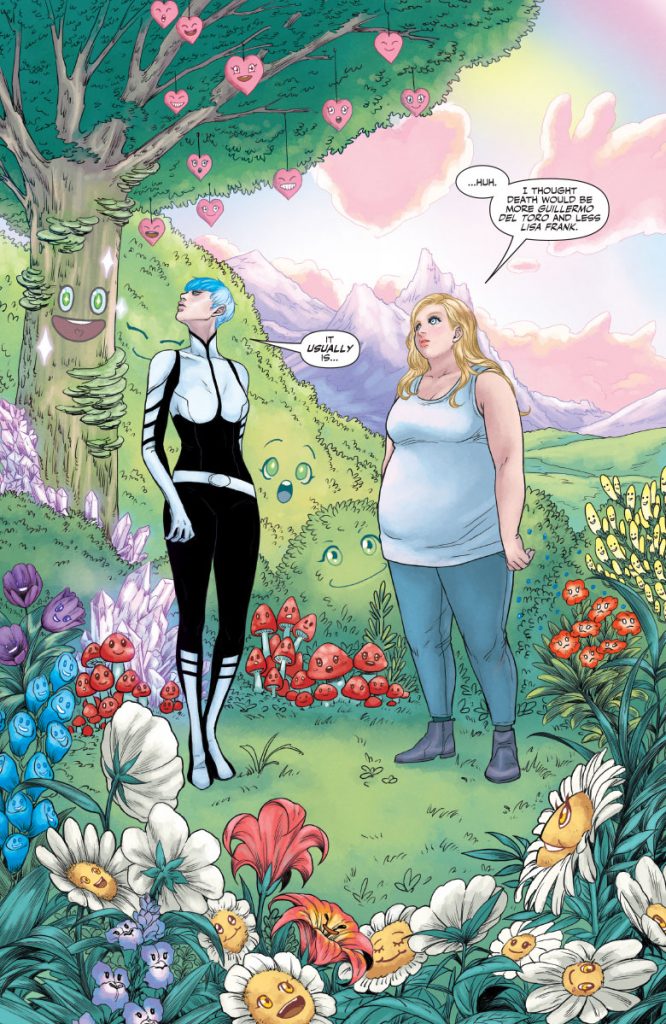 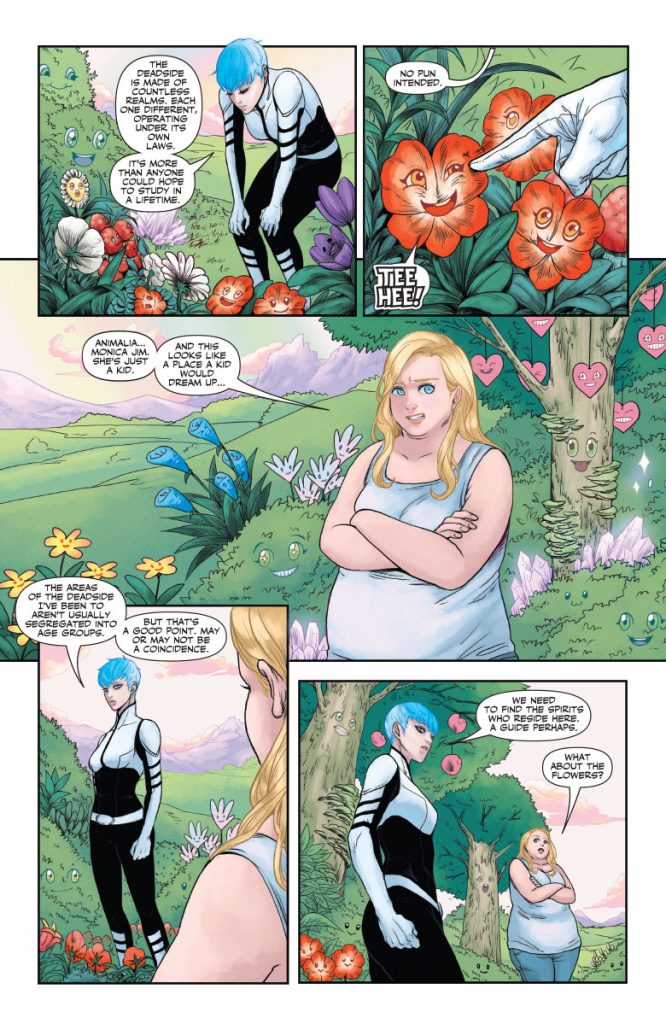 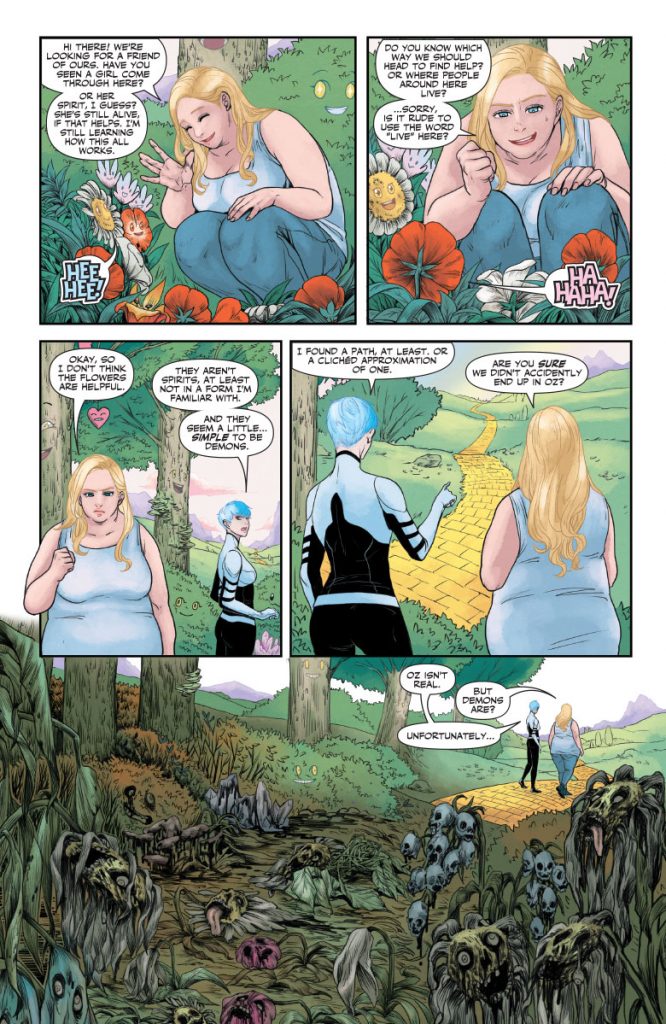 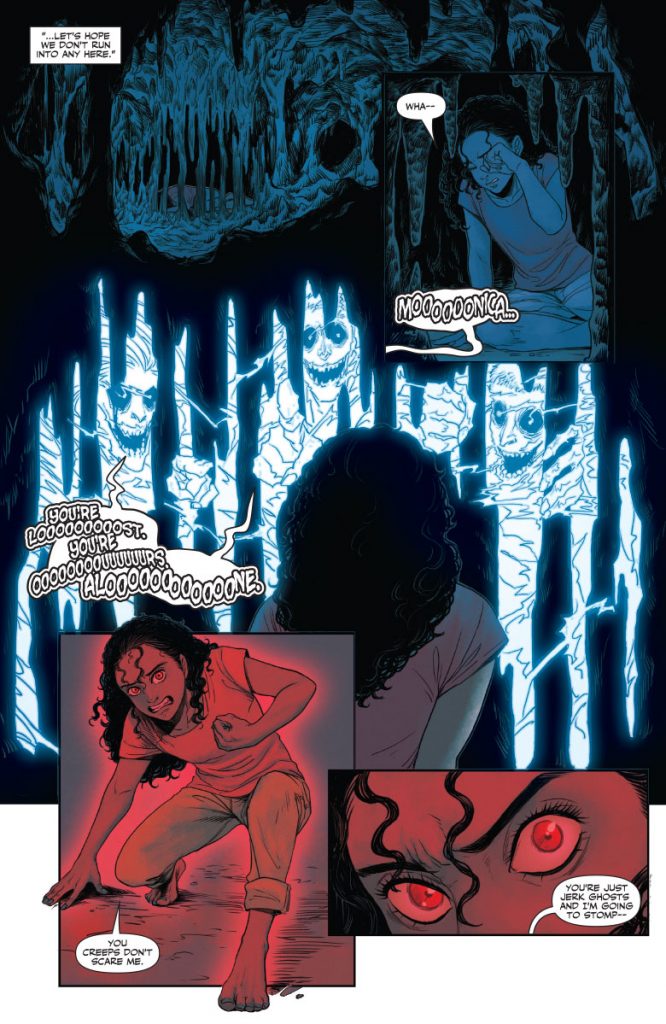 Faith: Dreamside #3, the penultimate issue of the miniseries, goes on sale Wednesday, November 28th, from Valiant.

Also, retailers: This Monday, November 5th, is the FOC for Faith: Dreamside #3!

FAITH: DREAMSIDE #3 (of 4)
Written by JODY HOUSER
Art by MJ KIM
Colors by JORDIE BELLAIRE
Letters by DAVE SHARPE
Cover A by MARGUERITE SAUVAGE
Cover B by SIBYLLINE MEYNET

What dreams may come?

Welcome to the Dreamside, a magical realm where oddities dwell and imaginations thrive. But is this unusual new paradise truly all that it seems on the surface? Together, Faith and Doctor Mirage are about to find that behind the frills and fantasy, there may lurk nightmares…and they’re hunting for Animalia!