As we saw in Marvel Legacy #1 last year, Wolverine—the original, James “Logan” Howlett—is back among the land of the living, and now the House of Ideas is going full-tilt, with a whole host of Marvel characters looking for him in. In Wednesday, June 6th’s Hunt for Wolverine: Weapon Lost #2—brought to us by creative team Charles Soule, Matteo Buffagni, Jim Charalampidis, and Joe Sabino—Daredevil, Misty Knight, Cypher, and detective Frank McGee continue their search for the resurrected X-Man.

One of the most striking, inspired plot points in our exclusive preview is the use of Cypher, a mutant who can speak any language, including the tongue of the Internet. Just as folks can become addicted to using the Internet in real life, Soule and company are smart to use that notion and extrapolate it out for the comic book world. It makes sense that someone who could speak the language of the ‘net might fall down some addictive rabbit holes. As engaging as the hunt for Logan might be, seeing what happens wih Cypher is equally compelling. 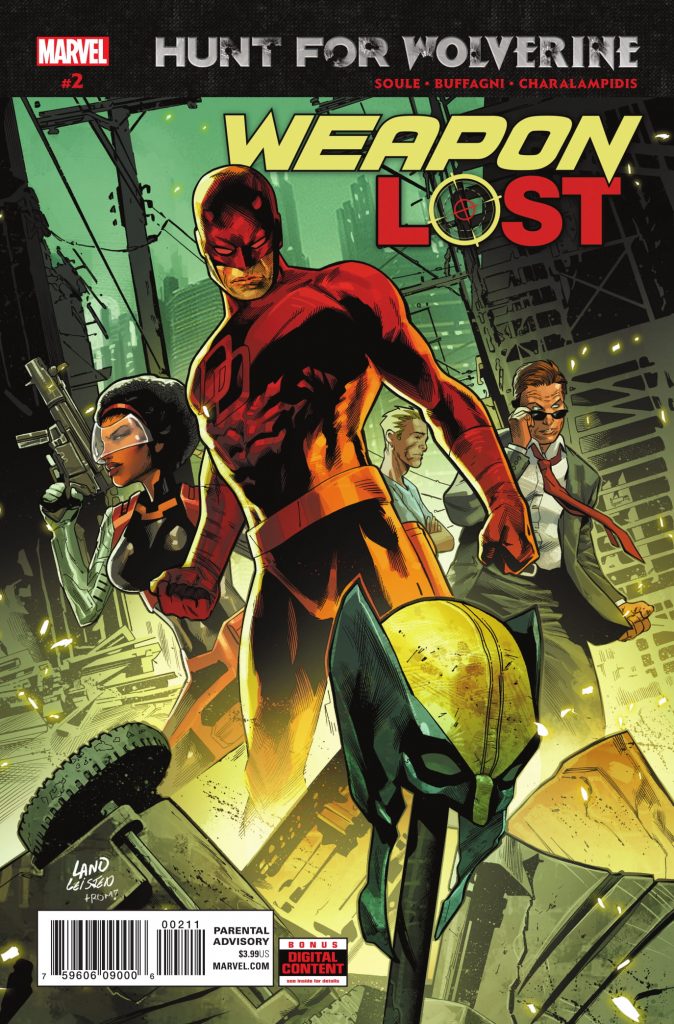 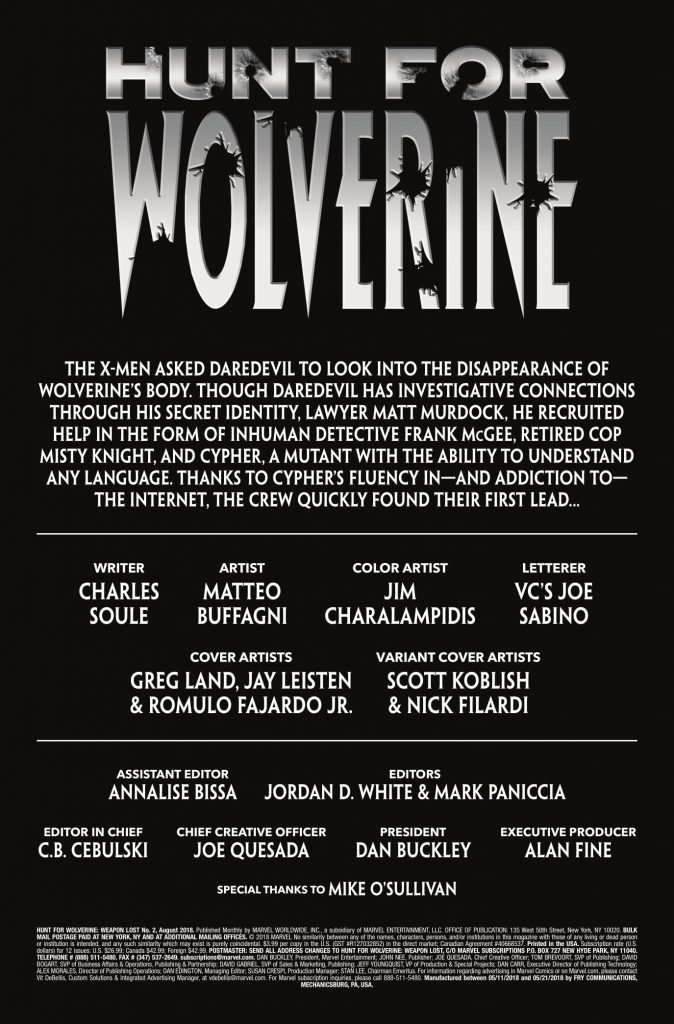 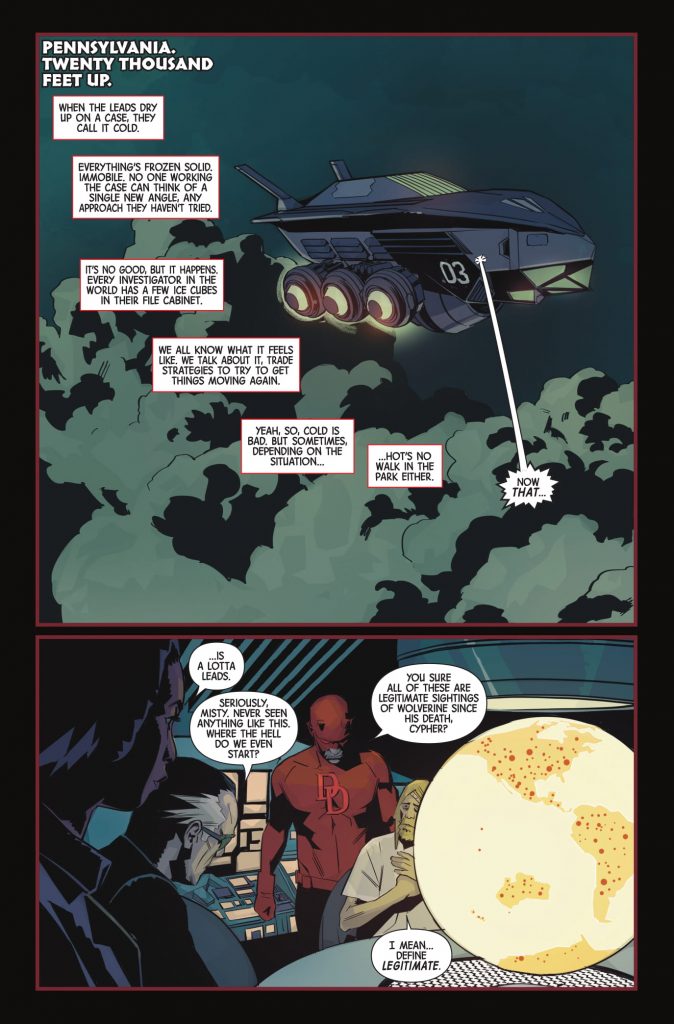 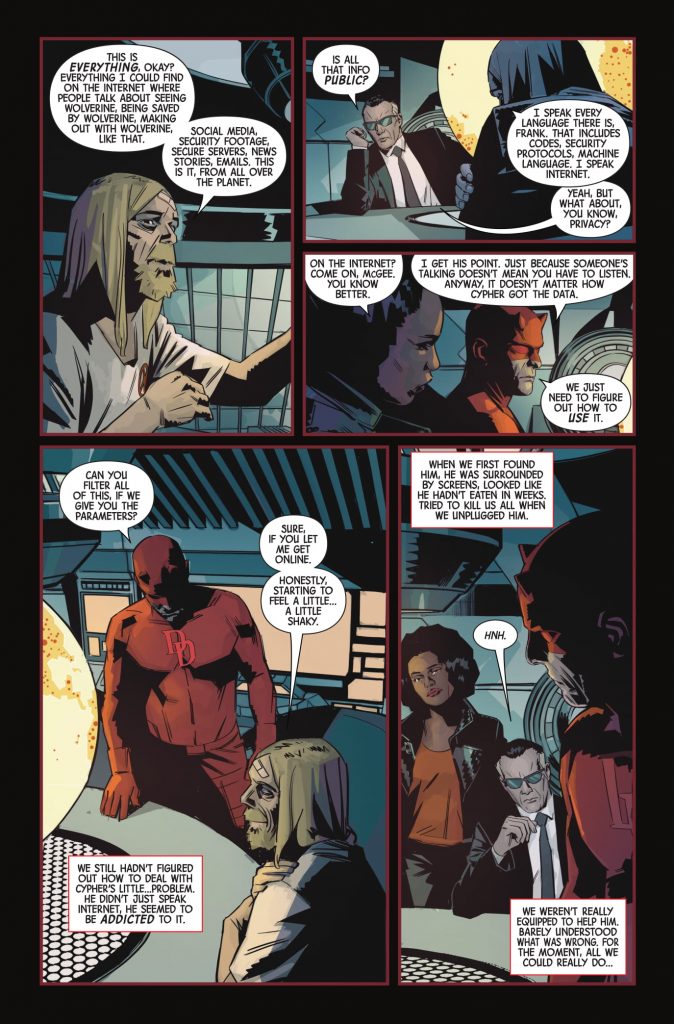 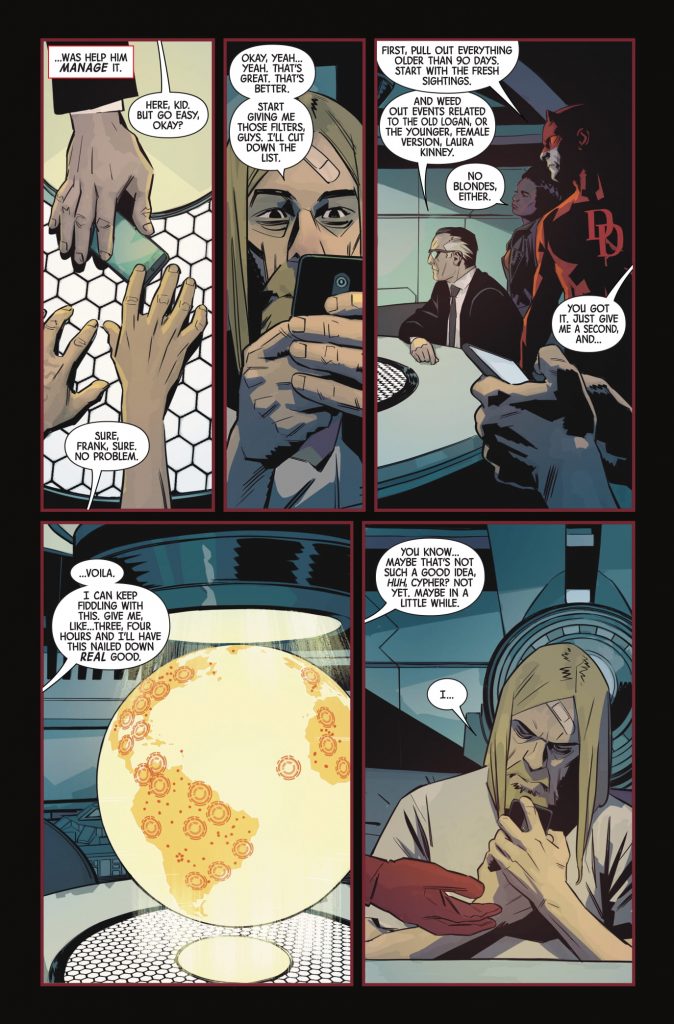 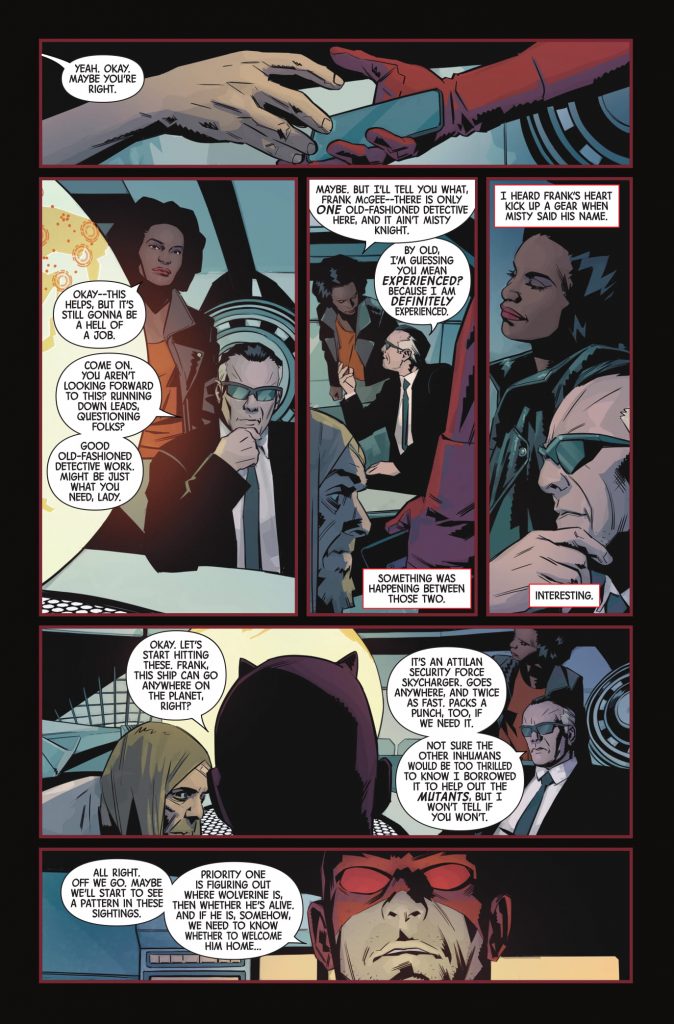 A HOT LEAD ON LOGAN! DAREDEVIL and his squad of ace detectives – FRANK McGEE, MISTY KNIGHT and CYPHER – continue their search for the missing WOLVERINE, hoping to stir up a lead by questioning folks in the MARVEL UNIVERSE who might have a grudge against Logan. In other words… half the MARVEL UNIVERSE! But when their investigation hits pay dirt, the squad starts to think they might just wrap things up more quickly than they ever imagined.