This Wednesday, Justice League #29, written by Bryan Hitch with Fernando Pasarin on art, hits newsstands, part four of “Legacy,” with more parent/children friction as the League’s future progeny are acting none-too-nice to their superhero moms and dads. Growing pains a’plenty abound in these preview pages that DC Comics was kind enough to share! 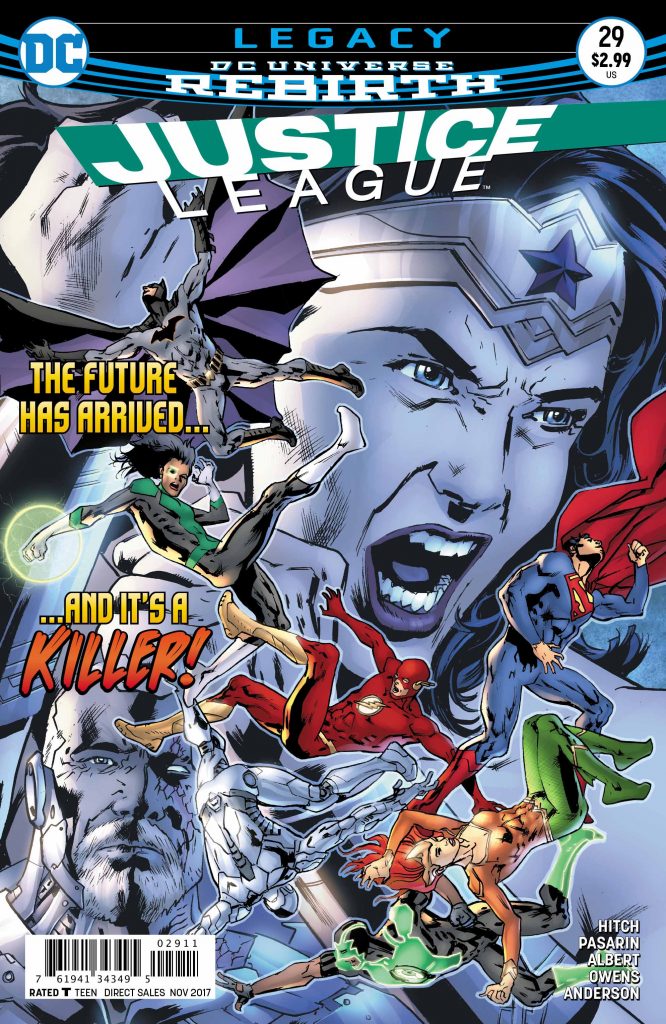 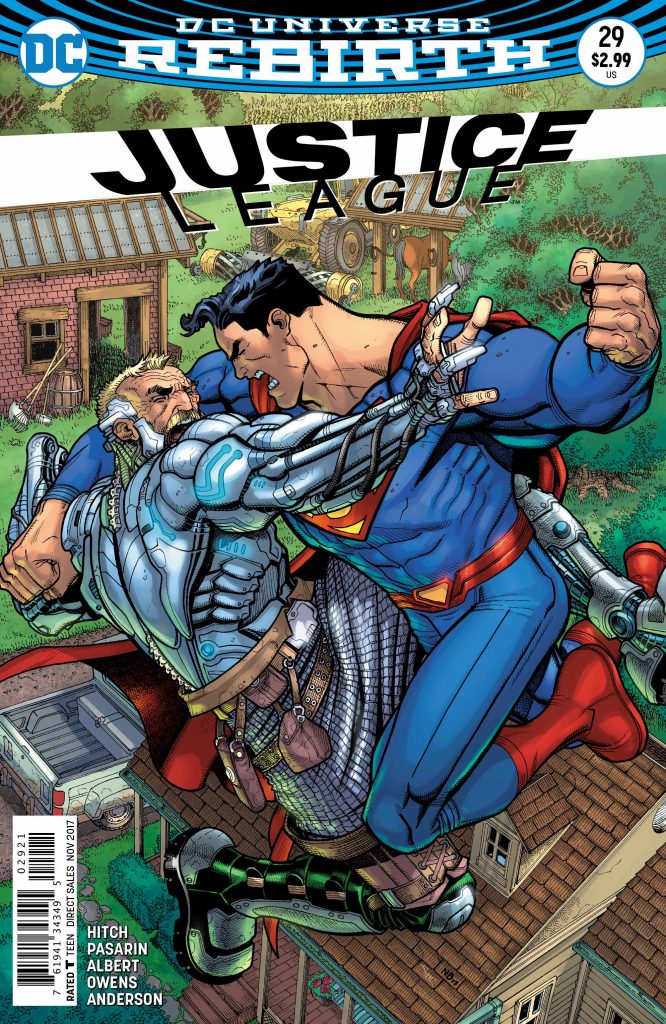 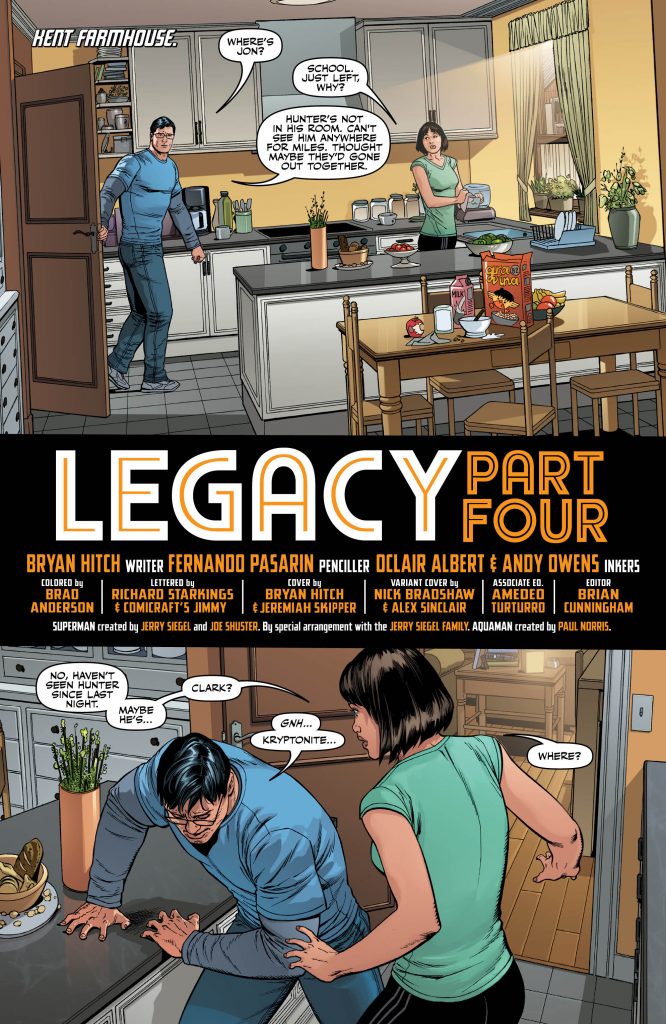 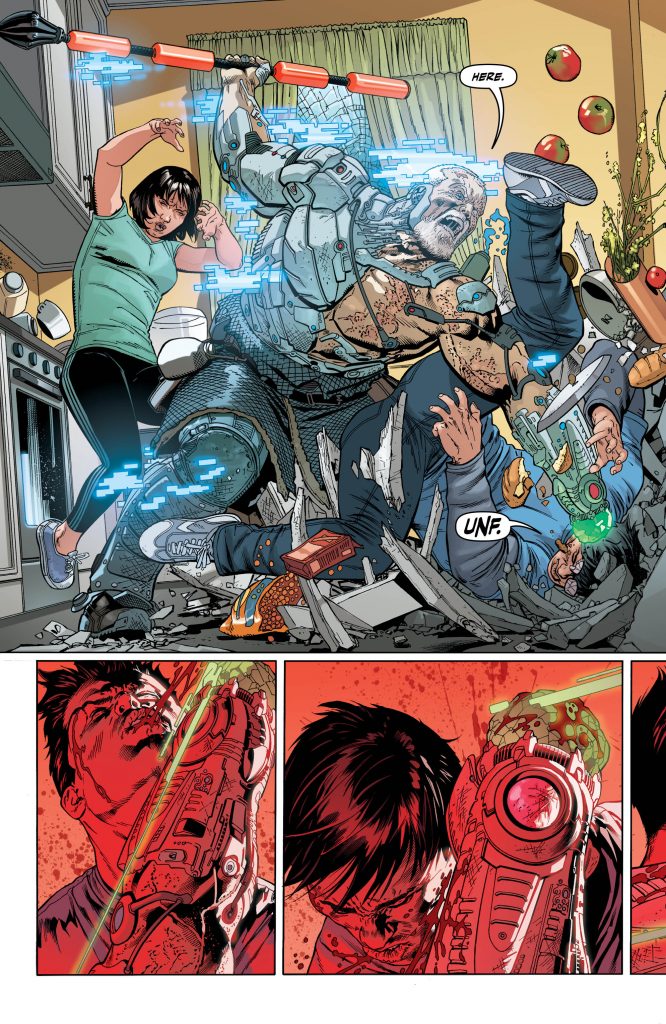 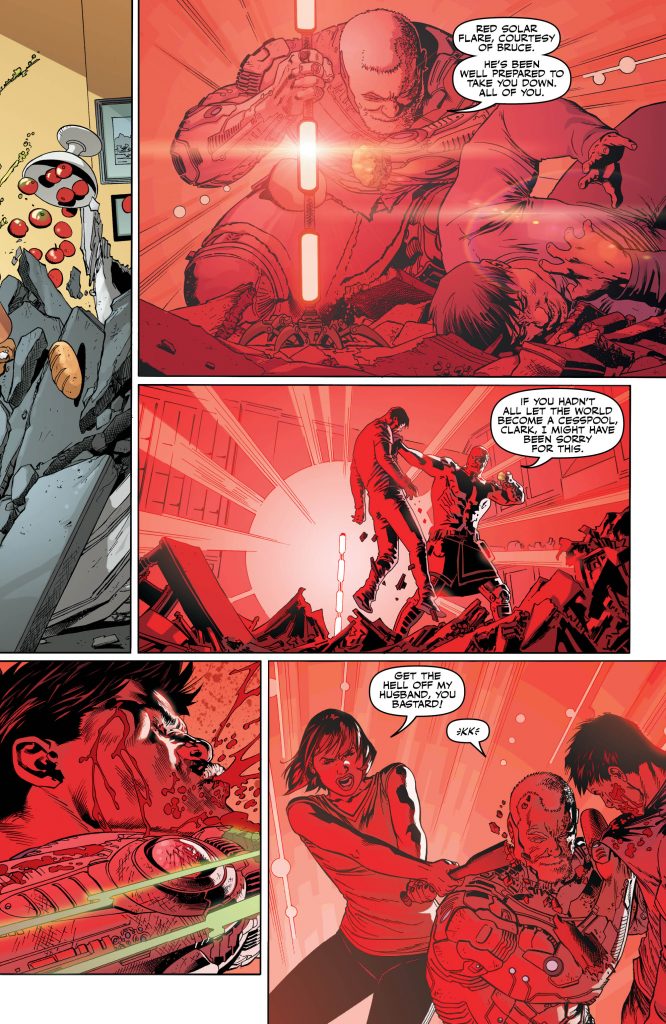 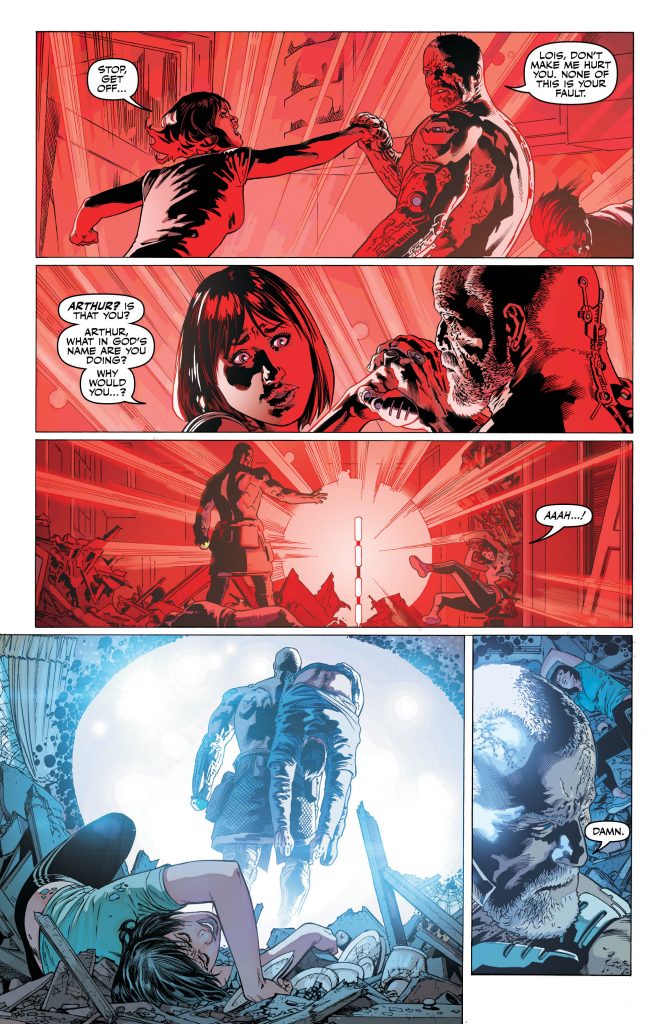 As one of Hitch’s last story arcs on Justice League before his final one begins in issue #33, “Legacy” shows the writer/artist really hitting his stride with these characters. He’s spent several years with Superman, Cyborg, Green Lantern, and the gang and that time has helped him know the heroes well–what they’ll do in a given situation, their personalities, their motivations. His Justice League body of work is something that he and DC should be quite proud of adding to the League’s library of yarns.

As for Pasarin, his linework is so clean and detailed that it gives the League’s stories the cinematic feel they deserve. While he’s been working in comics for quite some time, his work on Justice League shows that he’s definitely a talent to watch.

“LEGACY” part four! The deadly motivation behind the League’s future children is revealed, and the League will have none of it. For the children have targeted a current League member for assassination! And it’s not at all who you think!