Lockjaw, the Inhumans’ faithful, teleporting dog, has always been the cutest, most loyal and stalwart character in Marvel’s menagerie. As such, when Marvel announced that the faithful pup was getting his own miniseries with Daniel Kibblesmith–who’s been wowing audiences with his work on everything from Valiant’s Quantum and Woody and Valiant High to his holiday book Santa’s Husband–penning the book, it seemed like a perfect pairing.

What is unexpected, however, is the inclusion of another Marvel mainstay who maybe hasn’t gotten the TLC he needs of late: the Avenger known as D-Man. Often written as a joke or a cautionary tale, here Kibblesmith dusts off the detritus and lets the character be a three-dimensional creation, while not ignoring what’s come before with the hero. Seriously, go back and read issue #1 of Lockjaw–on sale now!–and you’ll see how the lovable Lockjaw and well-meaning D-Man partner beautifully. In the process, we get the best of both worlds: we are offered the snuggability of the cutest puppy on the planet partnered with a POV character in D-Man, who is given a chance for his own growth.

The rest of the creative team, including penciler Carlos Villa, inker Roberto Poggi, colorist Chris O’Halloran, and letter Clayton Cowles, help create a D-Man who straddles that fine line of goofball and well-rounded person, someone who is trying to muddle through life and succeed, just like the rest of us, somewhat silly superhero past or not.

In the following exclusive preview pages for next Wednesday’s issue #2 of Lockjaw Marvel shared with us, we come upon the duo in the Savage Land, filled with prehistoric creatures and Ka-Zar, lord of the jungle. How will these strangers in a strange land react? Read on, Marvelites. 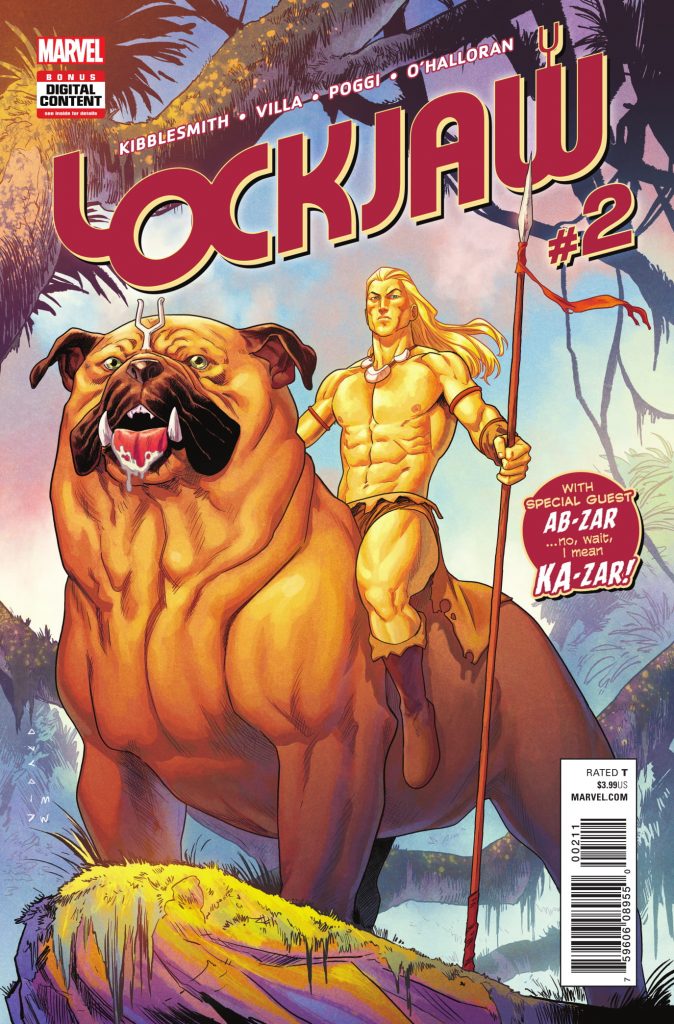 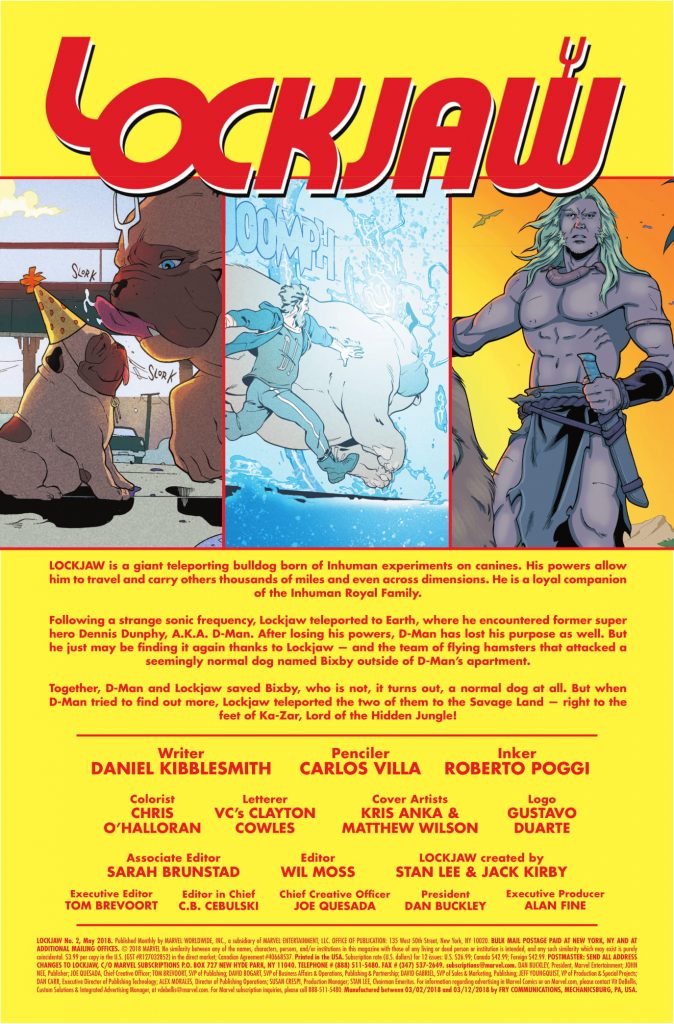 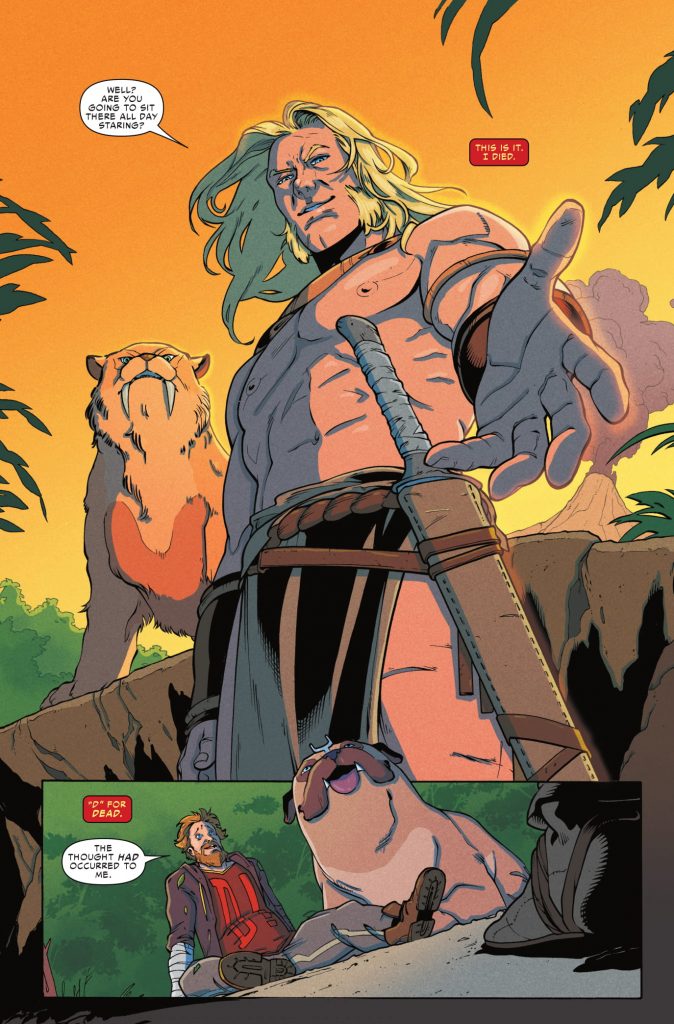 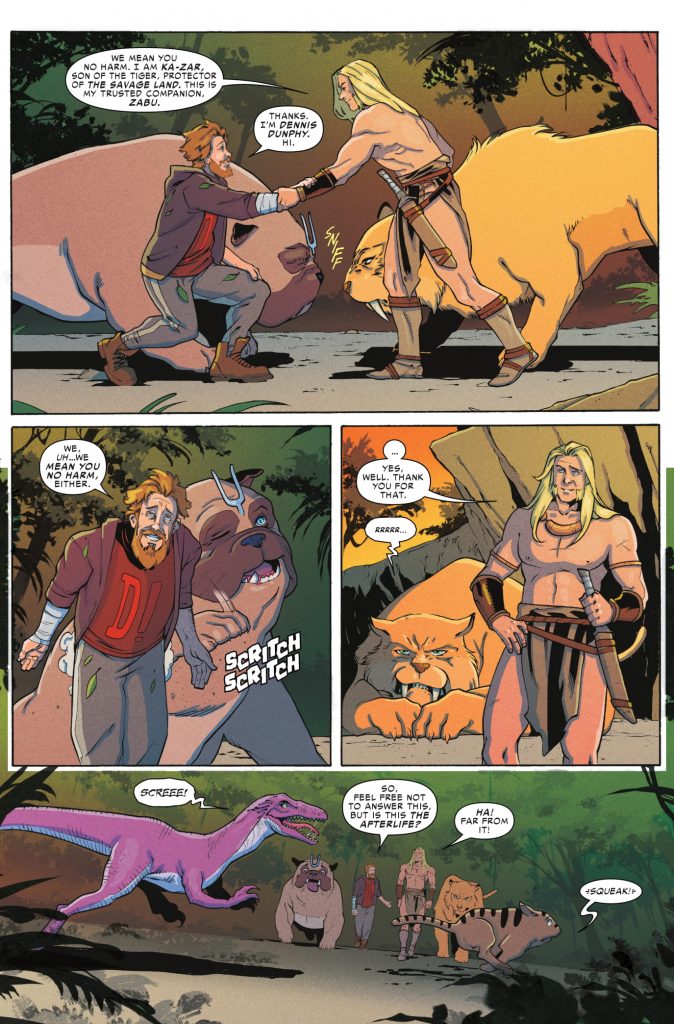 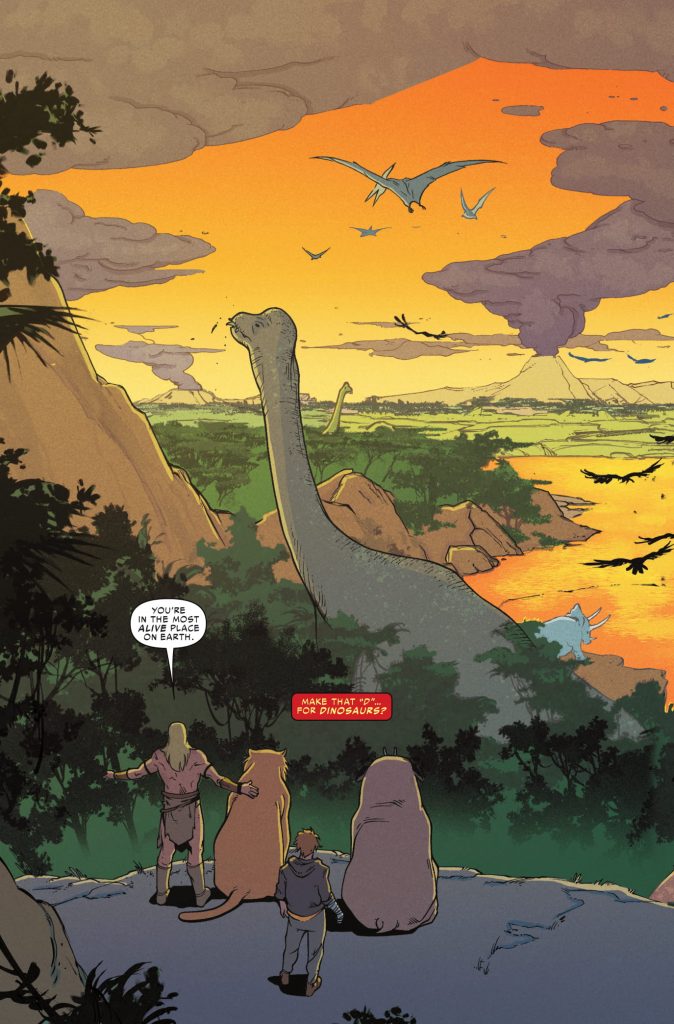 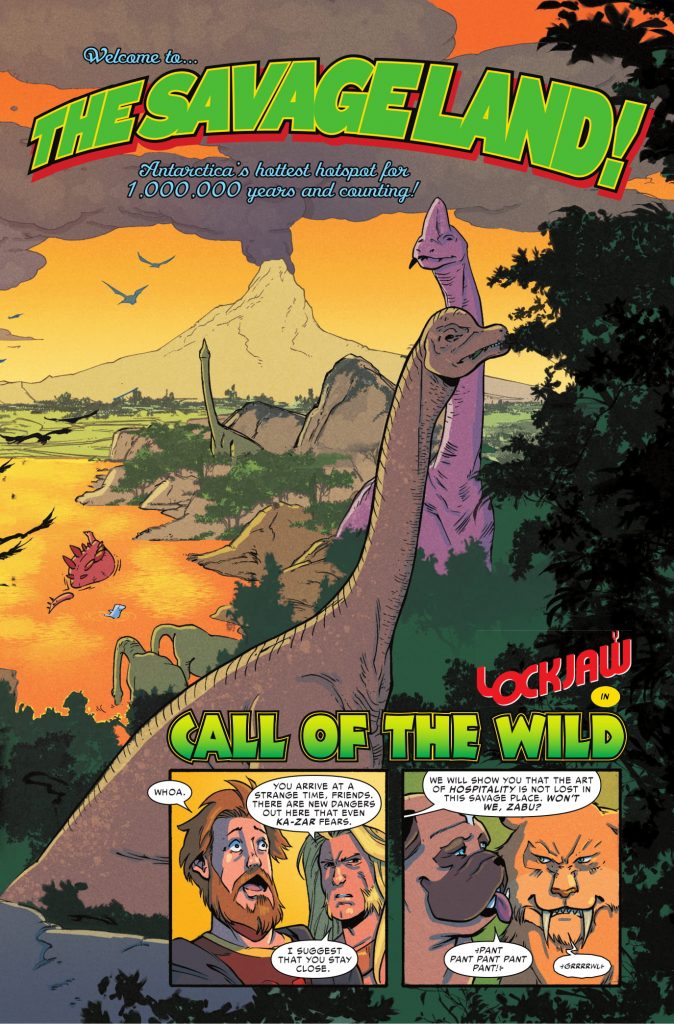 Lockjaw and his hapless recruit D-Man end up in the prehistoric Savage Land! And Zabu, the last living sabretooth tiger, is not happy about it. But there’s no time to mark territory — a puppy is in danger, and Lockjaw will need Ka-Zar and Zabu’s help to find it! Who’s after Lockjaw’s lost siblings? And can D-Man get over his D-pression long enough to help?