Since the disappearance of Reed and Susan Richard—Mister Fantastic and Invisible Woman—and their children at the conclusion of Marvel Comics’ Secret Wars event in early 2016, the Fantastic Four has been fractured. While Johnny Storm and Ben Grimm—The Human Torch and The Thing—tried to fill the absence of their teammates and family members, they were inevitably incomplete. With the launch of Marvel Two-in-One in 2017, however, both Johnny and Ben have found purpose under writer Chip Zdarsky’s guiding hand, although not the purpose that each character thinks.

In order to fill the longing in Johnny’s heart for his loved ones, Ben lied to Johnny, leading him to believe that Reed had left behind a device that would allow the duo to find their missing members. Ben wanted to give Johnny a trajectory toward which to devote his restless energy, even if it ended up being a fruitless endeavor. That lie created a schism between the two, with Johnny hurt by Ben’s deception.

However, in our exclusive preview of Wednesday’s Marvel Two-in-One #10—written by Chip Zdarsky, drawn by Ramon K. Perez, colored by Federico Blee, and lettered by Joe Caramagna—the two put aside their differences to combat threats on an alternate Earth and to show a dark world what it means to be a hero. These pages show that the whole creative team is bringing its A-game to do right by Ben and Johnny. Gorgeous work all around from a series that has been pitch perfect since the beginning. 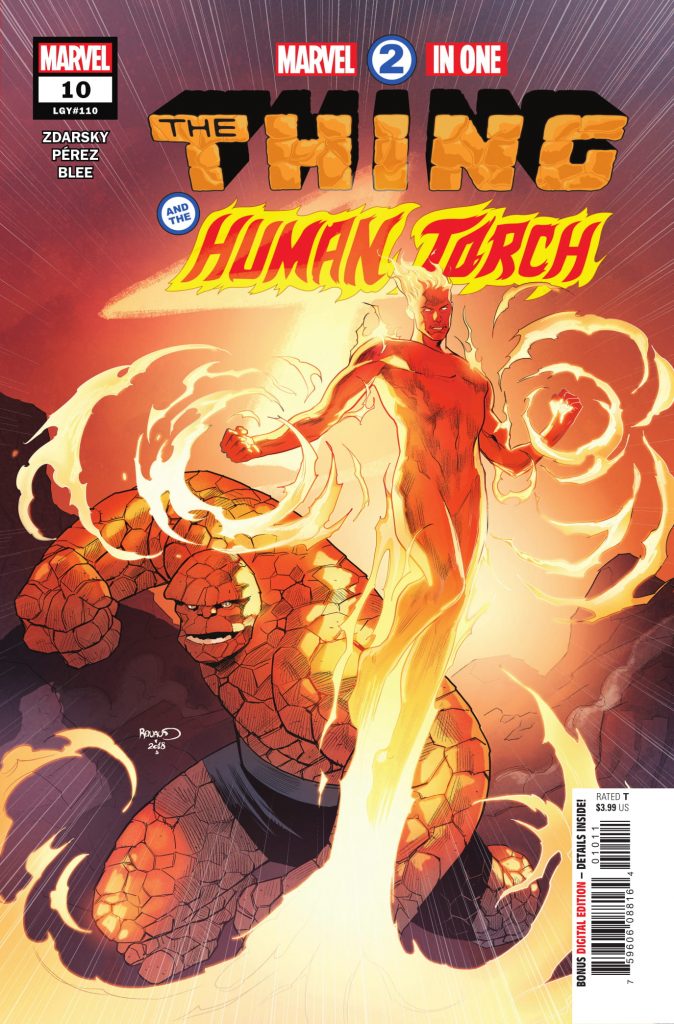 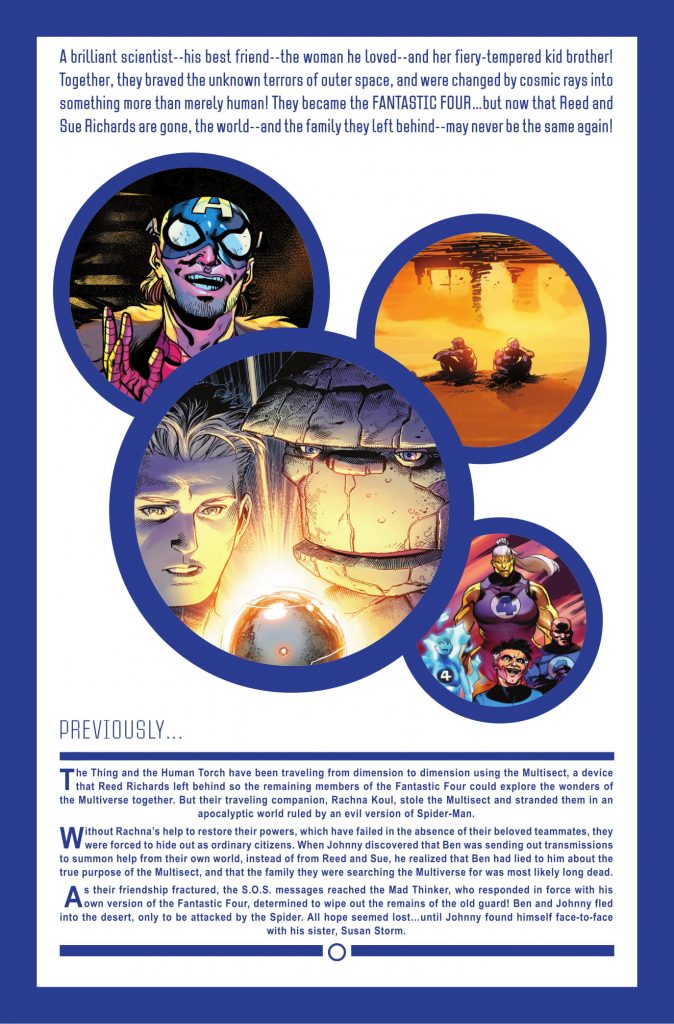 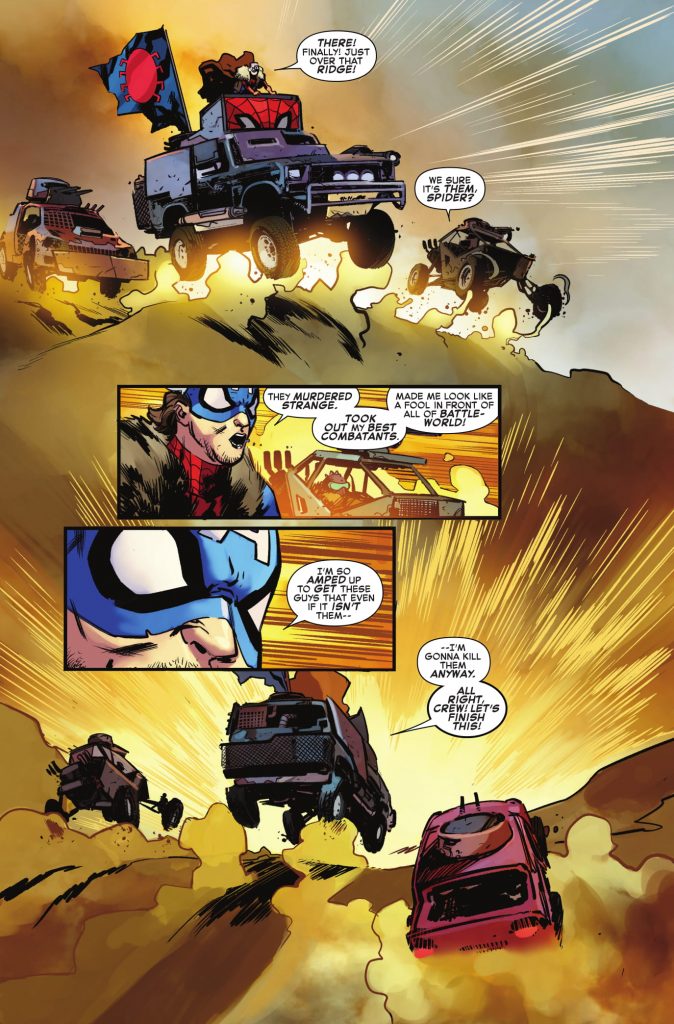 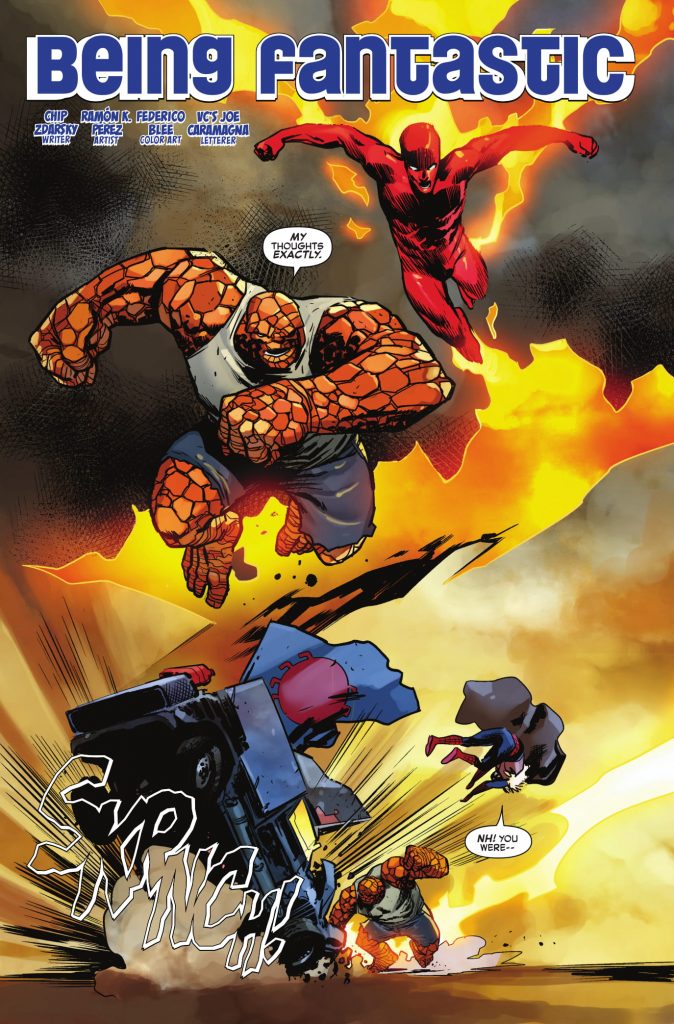 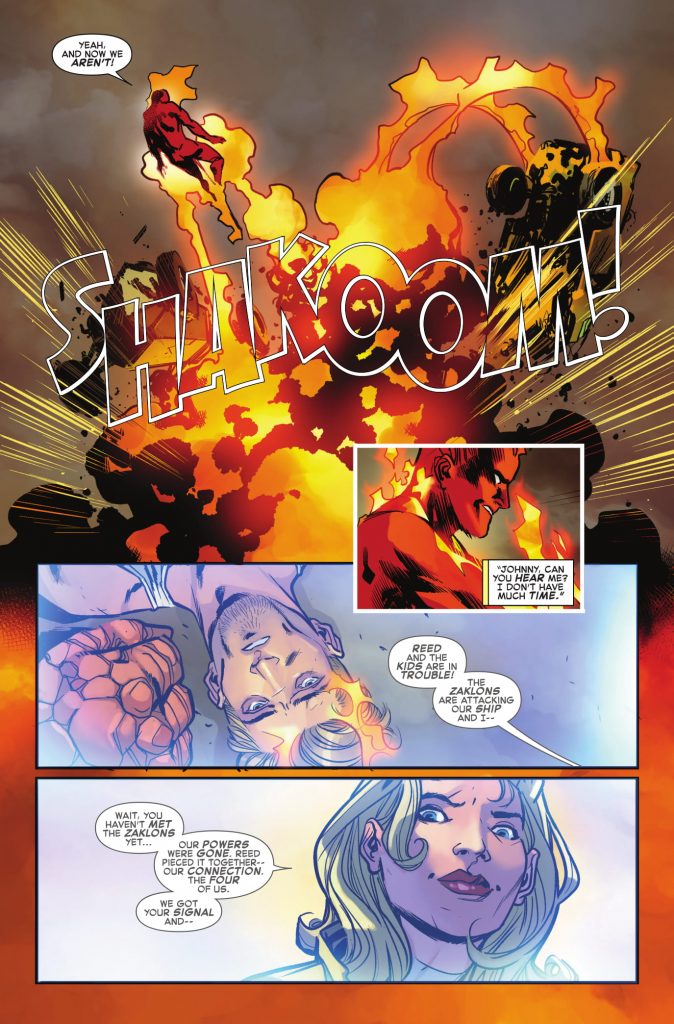 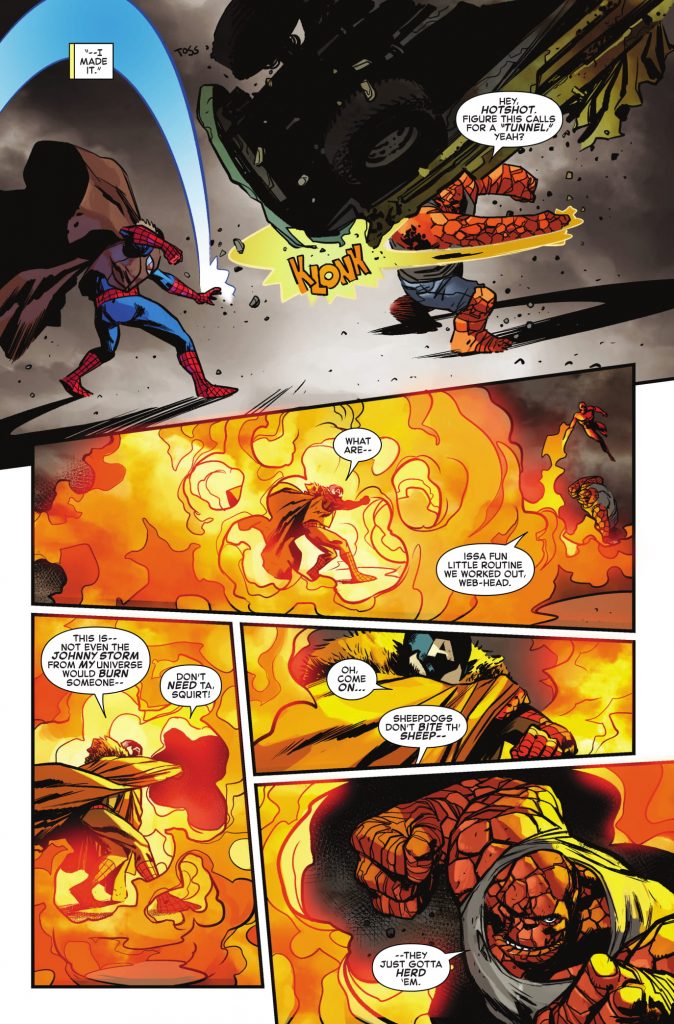 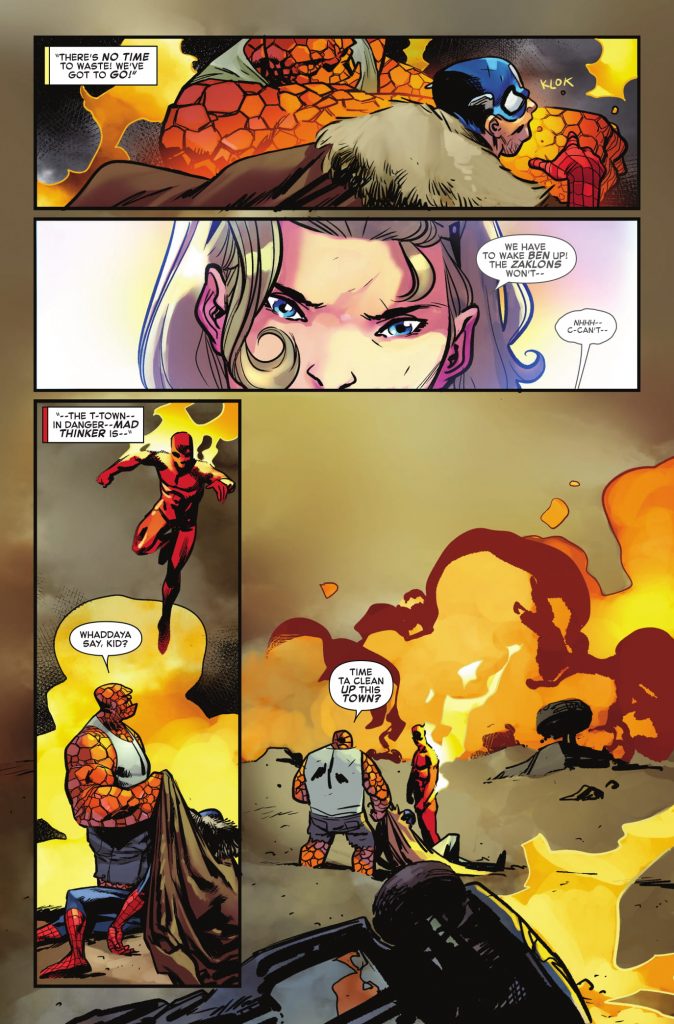 Marvel Two-in One #10, the conclusion of “Next of Kin,” written by Chip Zdarsky, drawn by Ramon K. Perez, colored by Federico Blee, and lettered by Joe Caramagna, goes on sale Wednesday, September 26th, from Marvel Comics.

“NEXT OF KIN” CONCLUDES HERE! Ben and Johnny’s final stand to reclaim the name…FANTASTIC FOUR.