The original Mother Panic was always one of the most engaging, experimental look at not just the Batman universe, but at superhero tropes in general. However, following the fallout of DC Comics’ “Milk Wars” story arc, in Mother Panic: Gotham A.D., we are now privy to a new Gotham City ten years in the future, where the Joker is a shell of a man and where Gala acts as Citystate’s head. And in our exclusive preview of issue #4, out next week, Violet Paige reemerges in this future Gotham after learning the whys, wherefores, ins, and outs of a familiar and very unfamiliar Gotham City.

As always, writer Jody Houser is incredibly skillful in bringing to life a Violet whose inner and outer personas are often diametrically opposed, with artist Ibrahim Moustafa and colorist Jordan Boyd playing with visuals that toy with the idea of identity and change that Houser addresses. Adding to the uncertainty and discomfort that the rest of the creative team has conjured are John Workman’s letters, which subtly stress words as needed to bring a sometimes-erratic air to the tale. 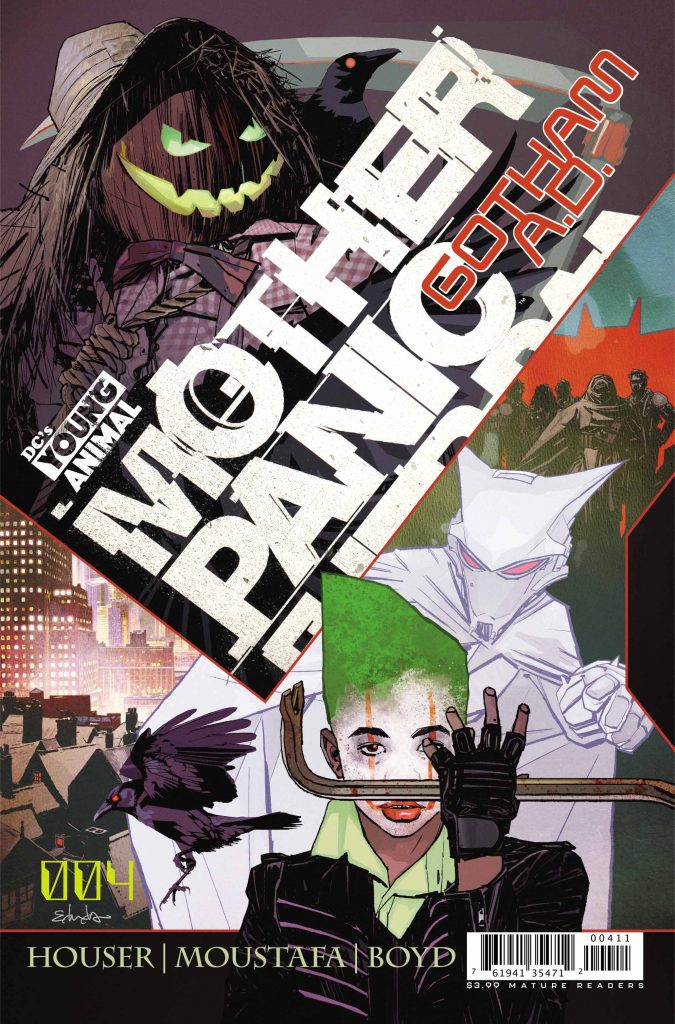 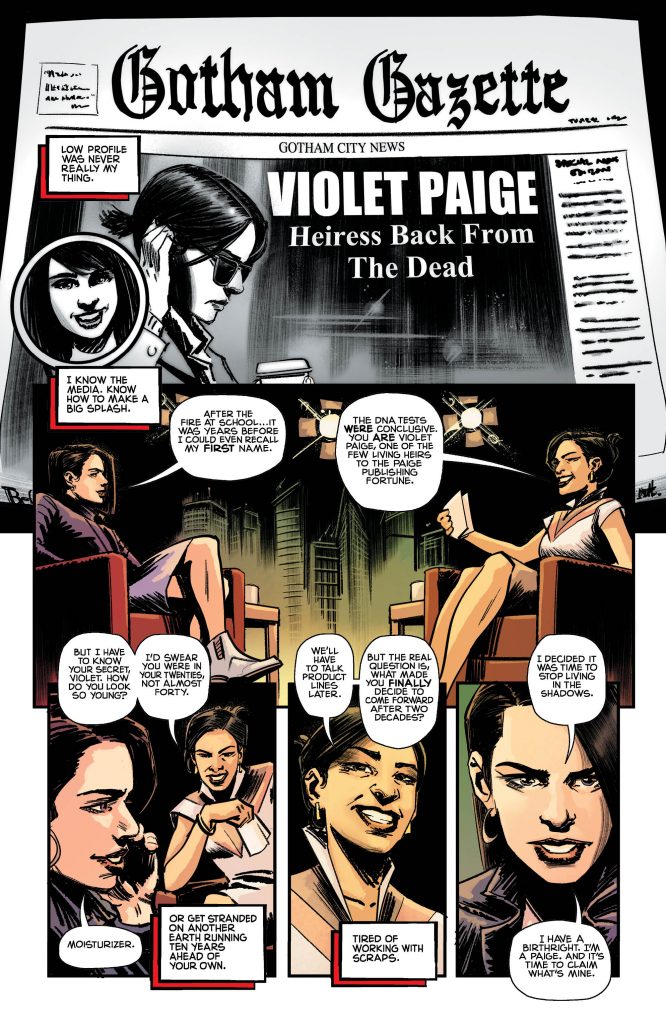 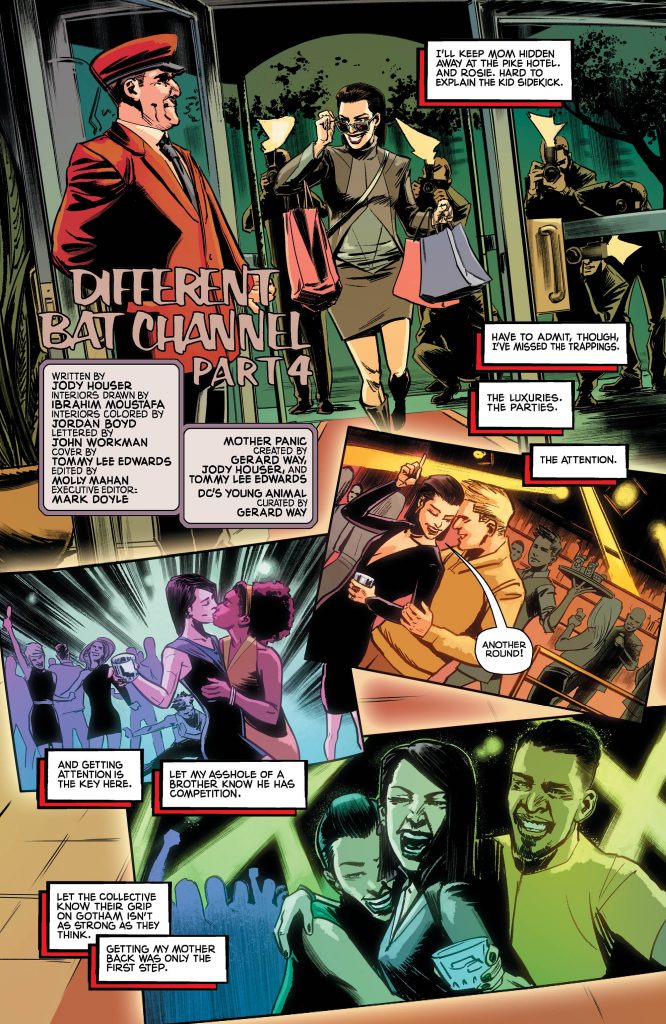 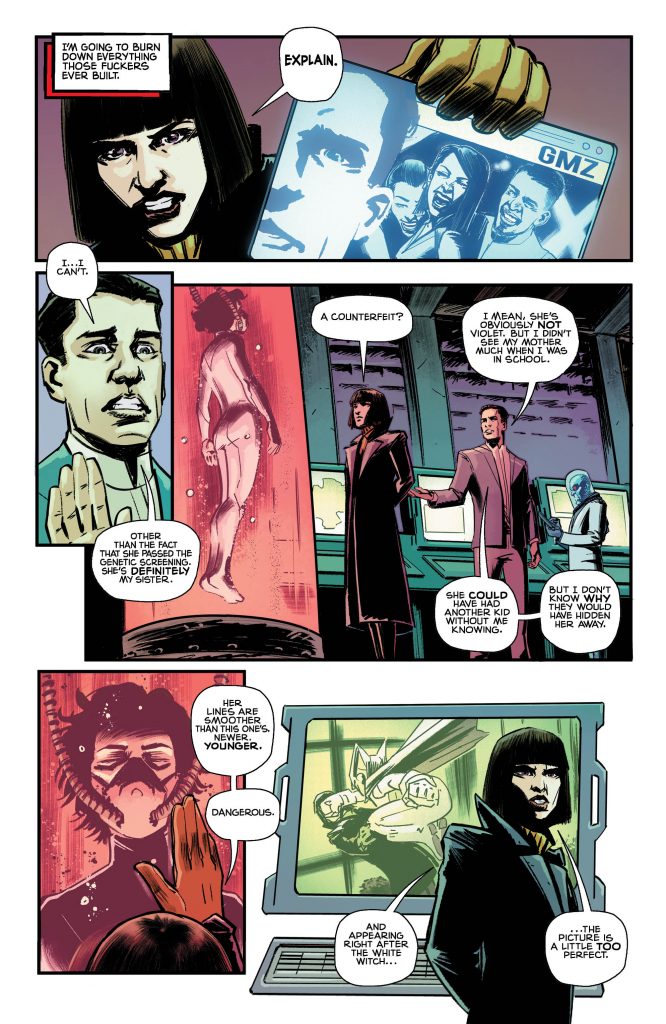 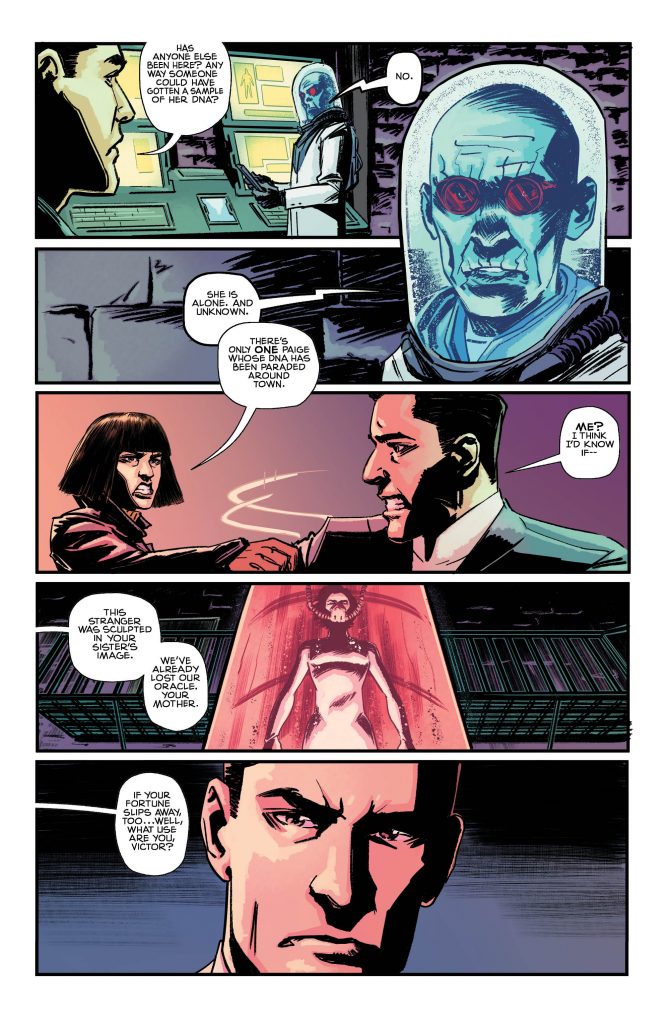 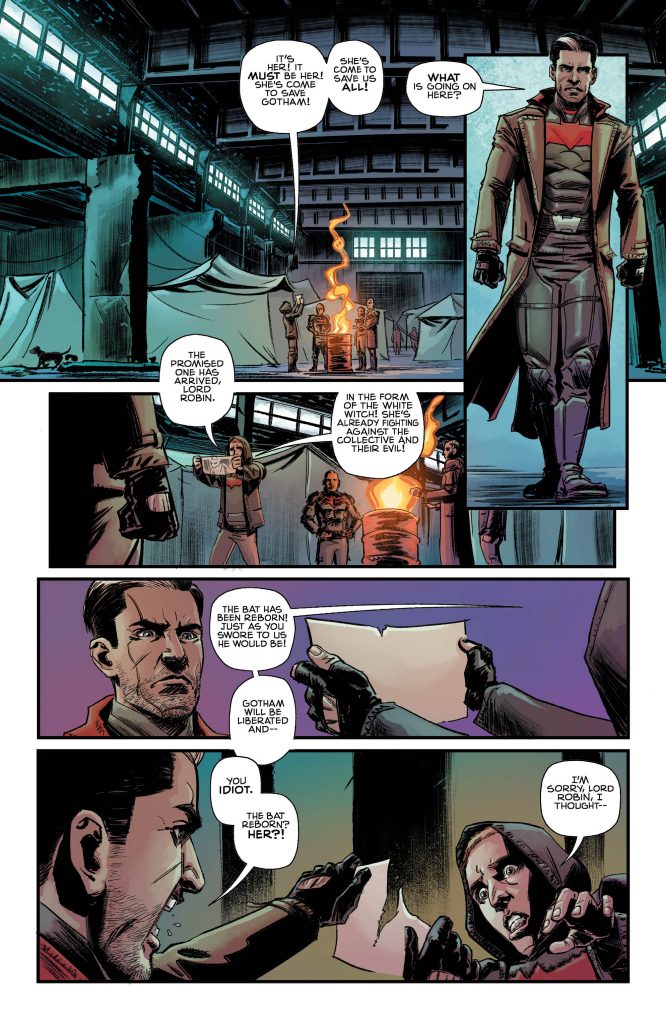 After six months of learning the ins and outs of her new status quo, Violet Paige decides it’s time to go public: Gotham City’s favorite bad-girl celebutante is back! But not everyone is pleased to learn of the socialite’s sudden resurfacing, least of all her estranged brother, who thought he had her on ice for good. Meanwhile, the Cult of the Bat begins to make moves, and it’s no laughing matter.