This Wednesday, August 9th, New Super-Man #14, written by Gene Luen Yang with Billy Tan on art, hits newsstands, the part four of “The Zero Ultimatum”! Kenan and the Justice League of China are making a last-ditch effort to stave off the forces of Emperor Super-Man and save Shanghai. Check out these preview pages that DC was kind enough to share! 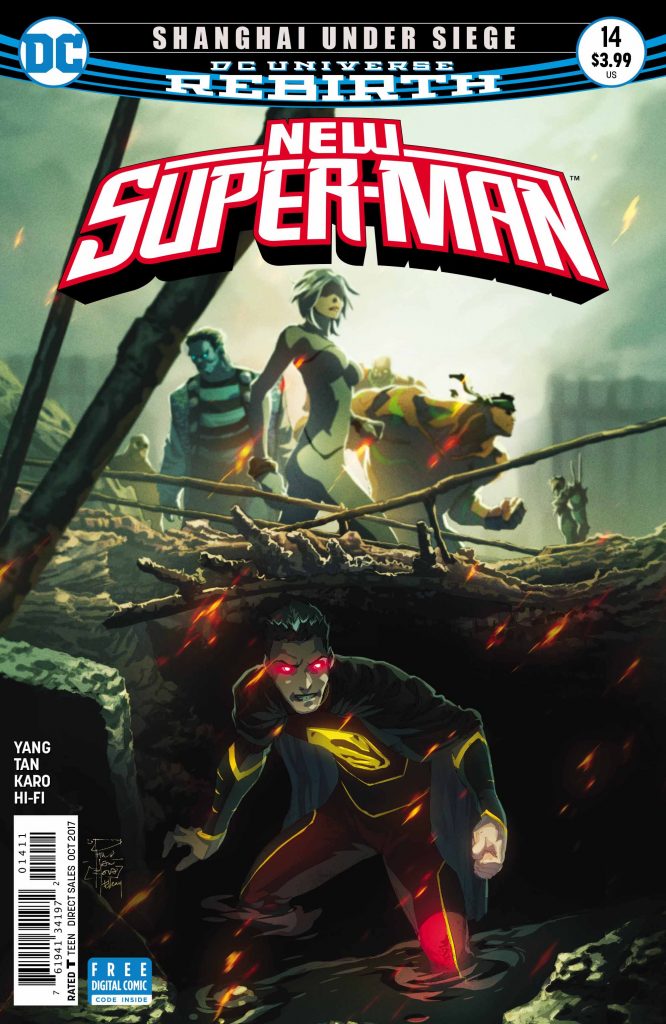 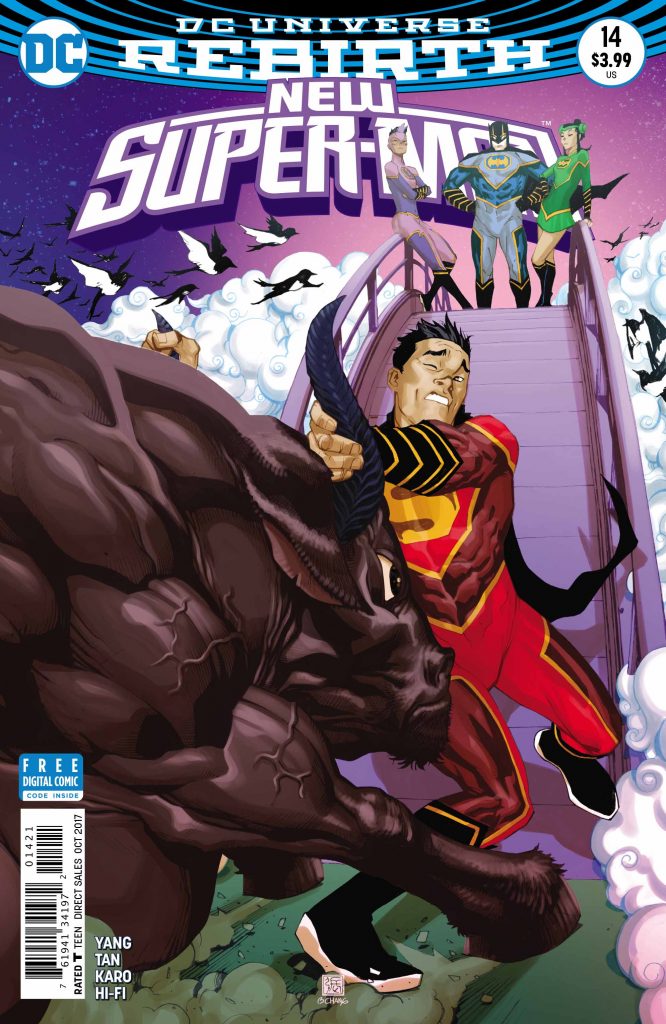 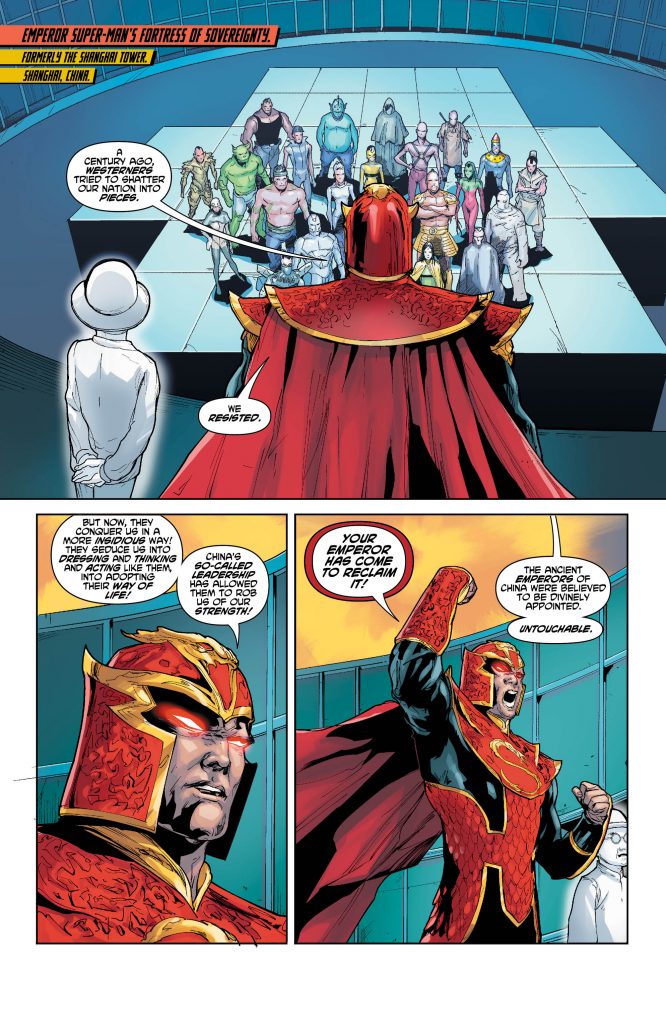 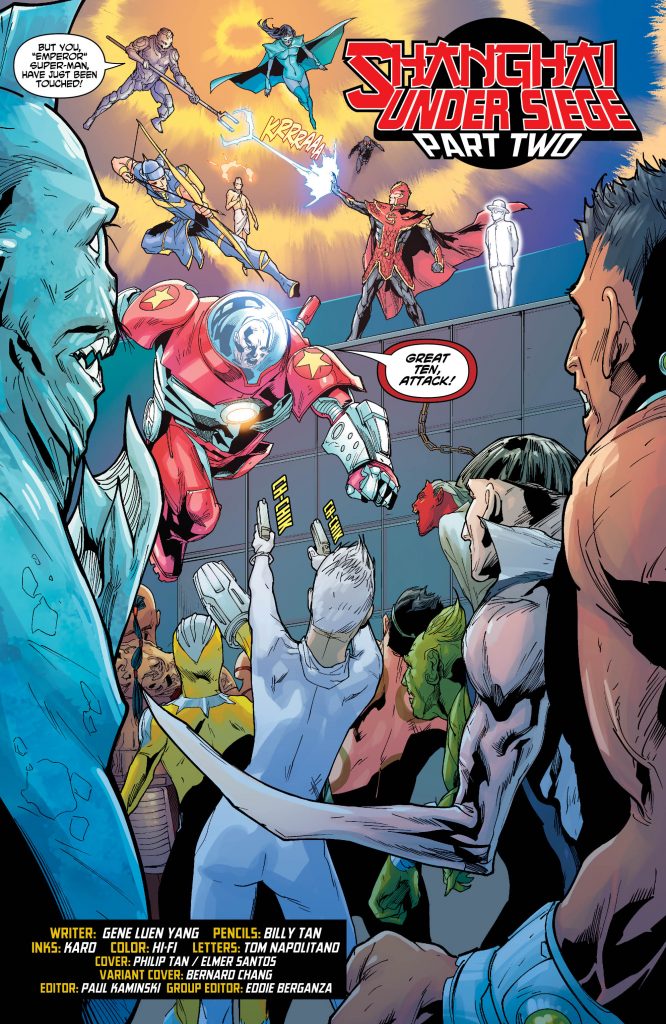 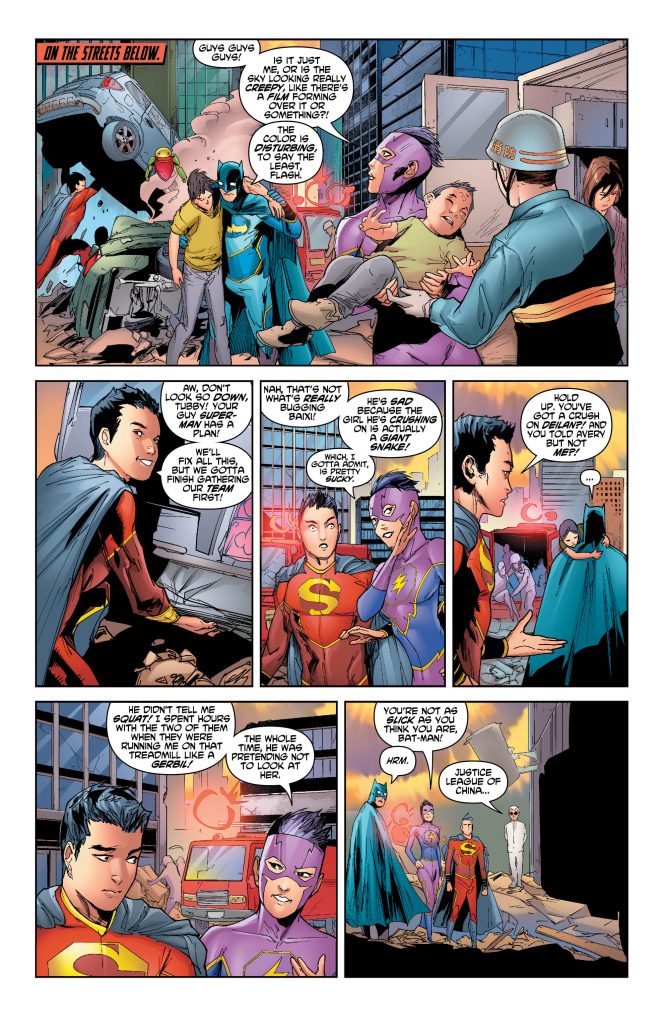 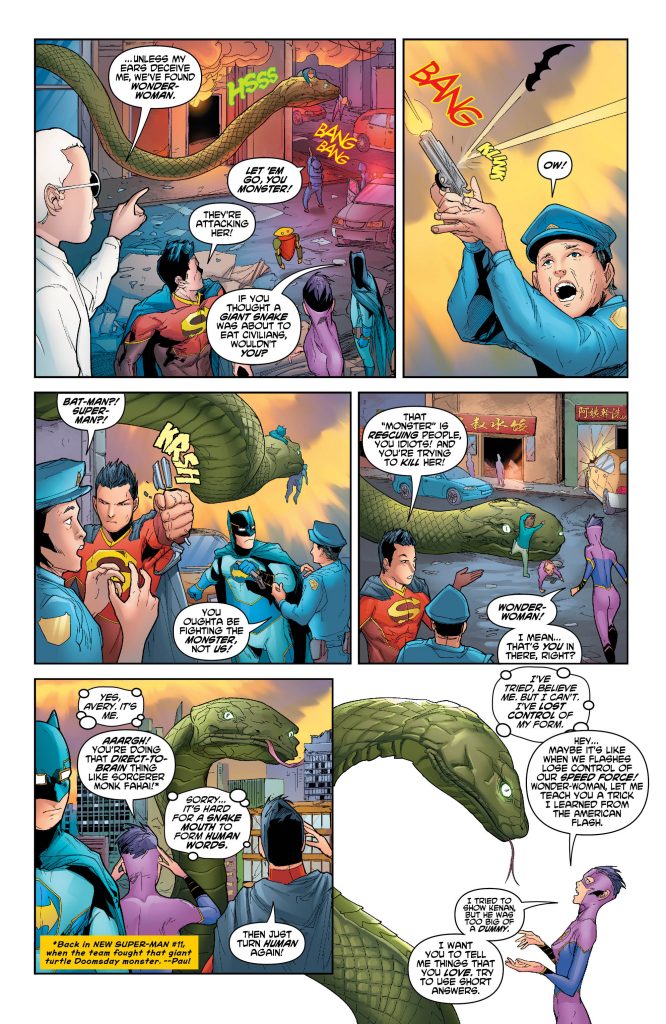 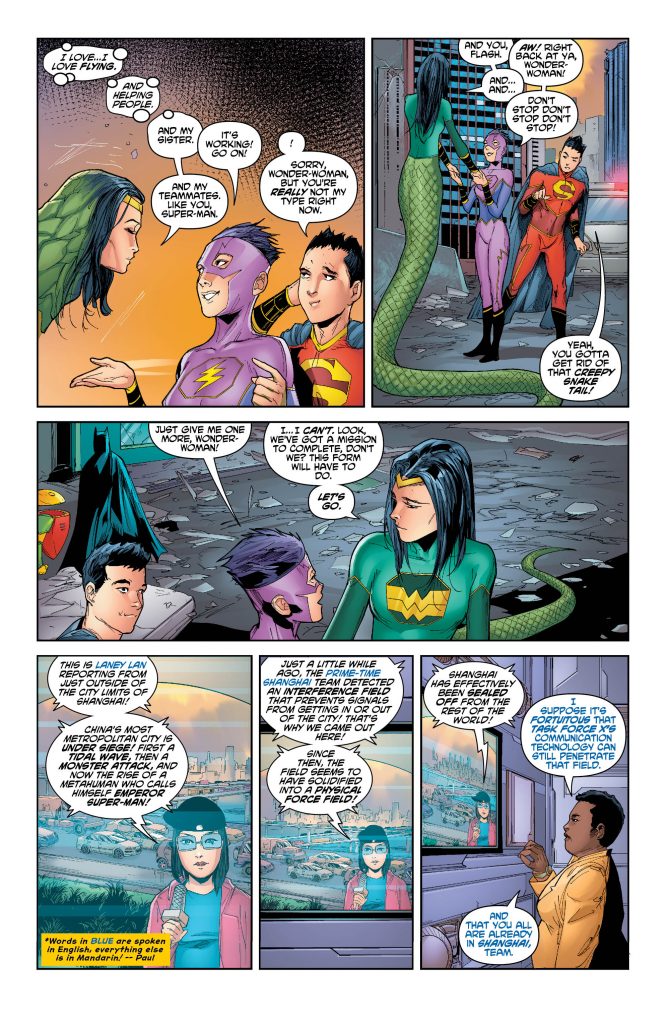 These preview pages are just a few examples of why New Super-Man is such a joy to read month in and month out. Yang and Tan are creating one of the purest superhero books on the shelves, swathed in heart, derring-do, and an air of not knowing what’s going to happen next. I imagine the folks who were reading Siegel and Shuster’s, Lee and Kirby’s work for the first time, wading into the unexpected and the new; that’s what New Super-Man consistently brings to the table.

“THE ZERO ULTIMATUM” part four! The Justice League of China retains one final chance to rally its forces and begin a counterattack in villain-occupied Shanghai as Emperor Super-Man conquers the city. As Kenan fights to save his city and its people, a final casualty shakes the young hero to his solid-steel core.