Since the Ninja-K relaunch, writer Christos Gage has been balancing the different tones that the concept of the Ninja Programme allows with nimbleness and ingenuity, employing themes of high adventure, super spy flair, and gritty noir sensibility. Those three beautifully intersect in October’s Ninja-K #12, written by Gage with art by Roberto de la Torre, colors by Jose Villarubia, and lettered by Dave Lanphear. Issue #12 continues to follow Ninja-K’s investigation of the fate of the Eternal Warrior, a mission that leads him just outside Chernobyl. A first look at the book is a shining example of how a tight creative team works in tandem to produce an engaging, pitch-perfect chapter of a comic book.

We’re proud to bring you an exclusive preview of the first five pages of Ninja-K #12, as well as three gorgeous covers from artists Kano, Koi Turnbull, and Adam Gorham. 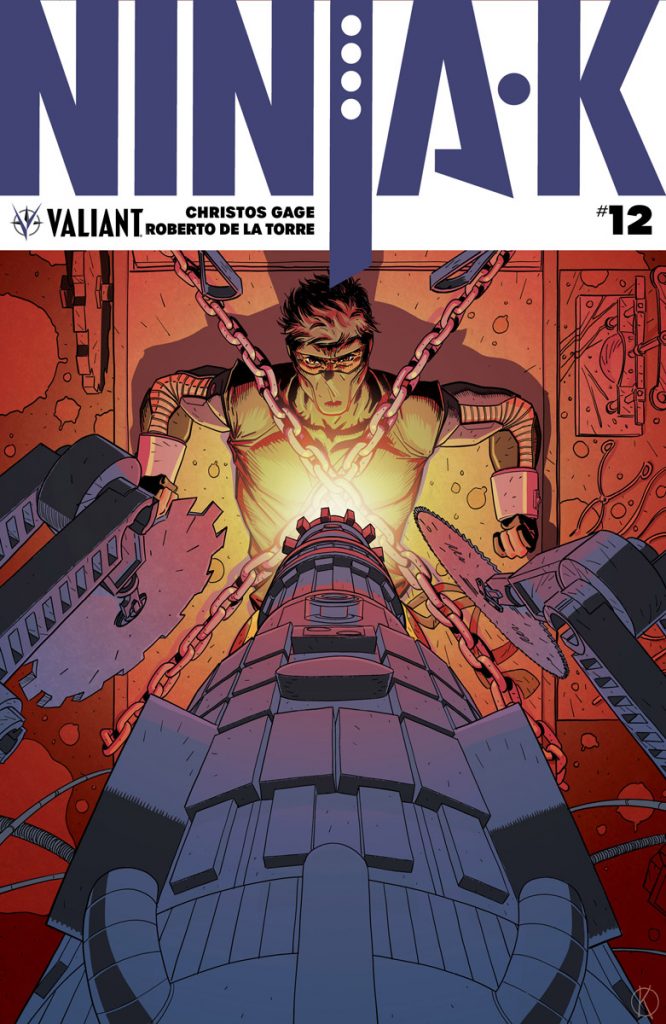 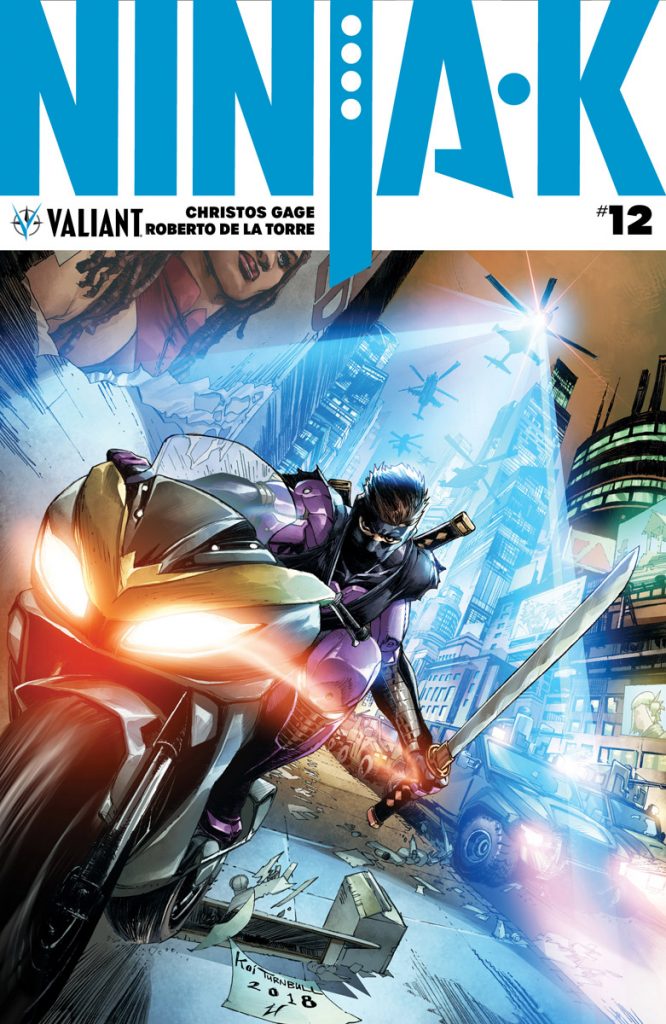 NINJA-K #12 cover B by Koi Turnbull 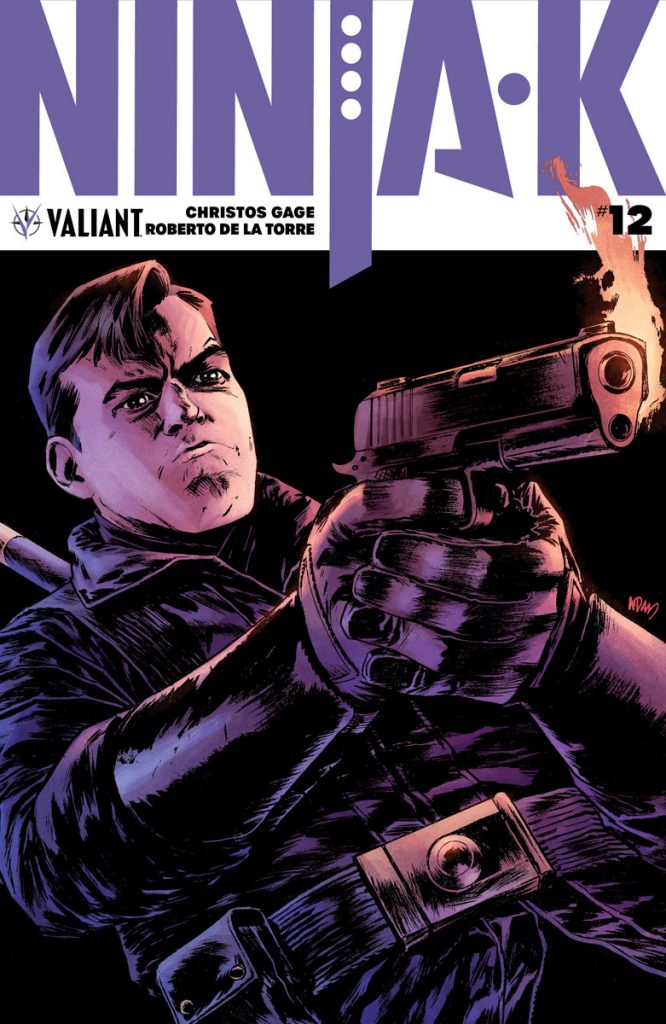 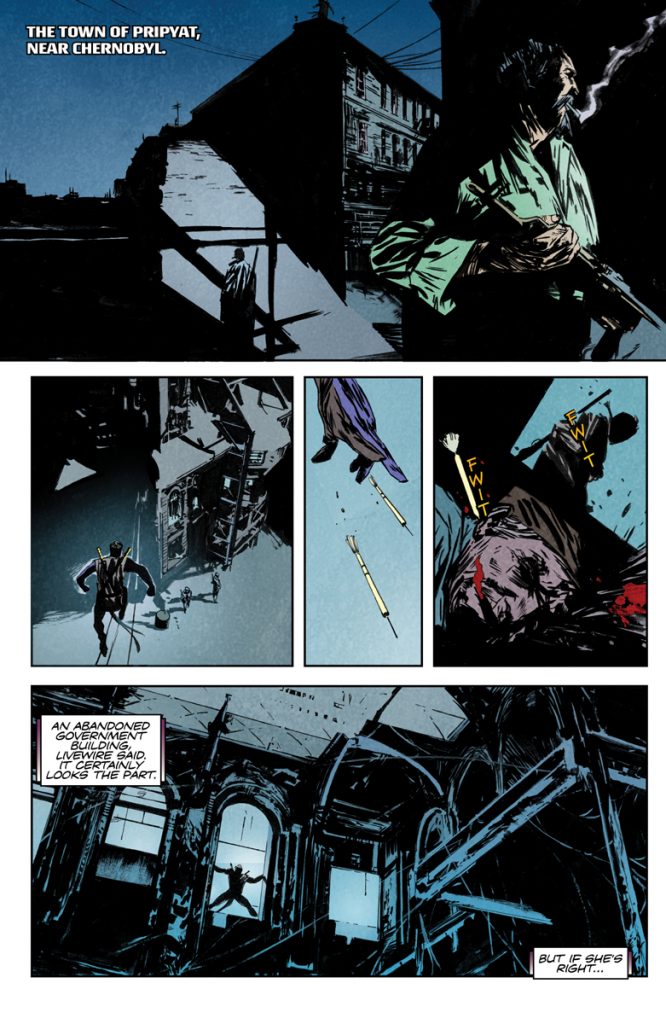 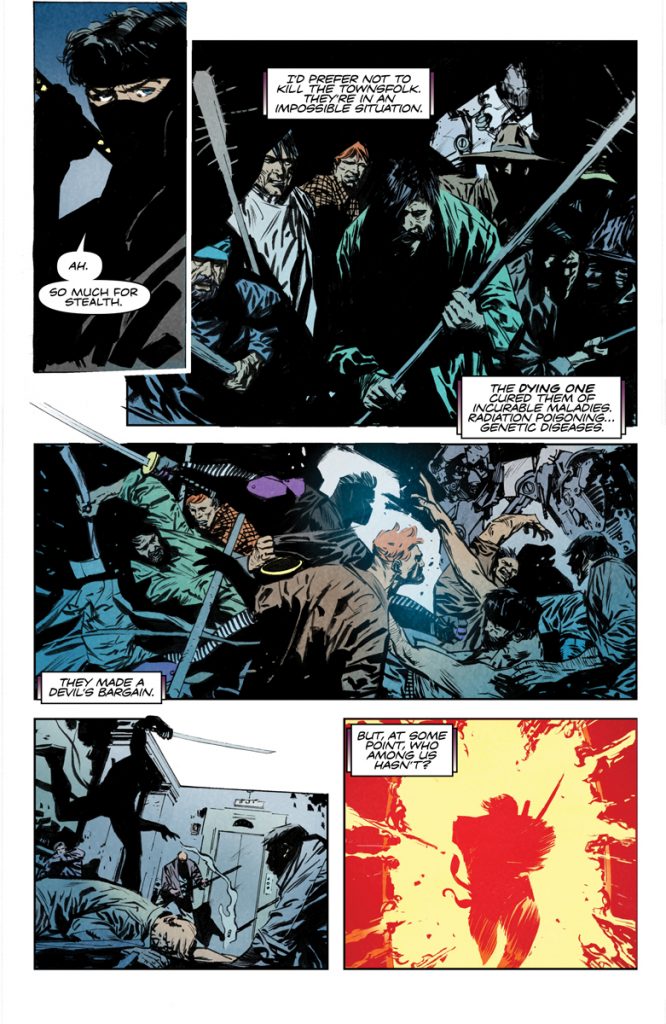 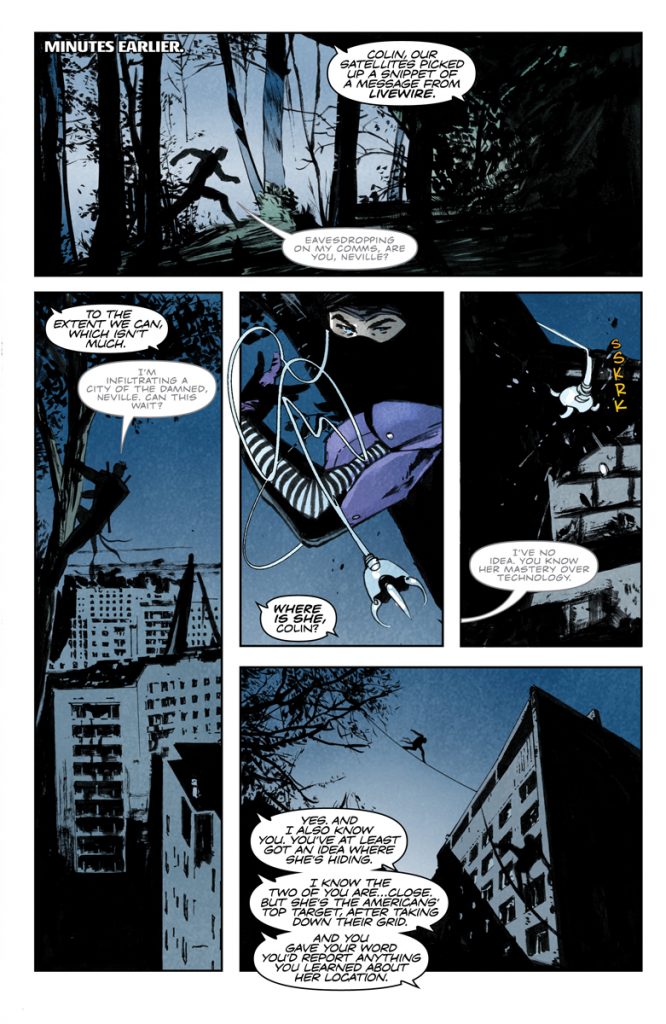 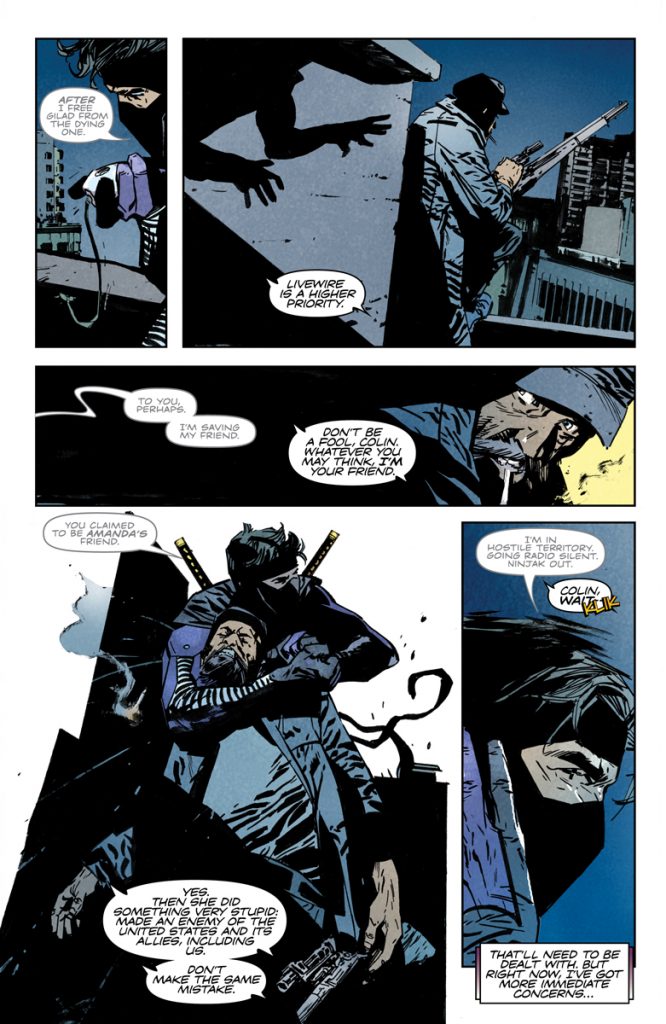 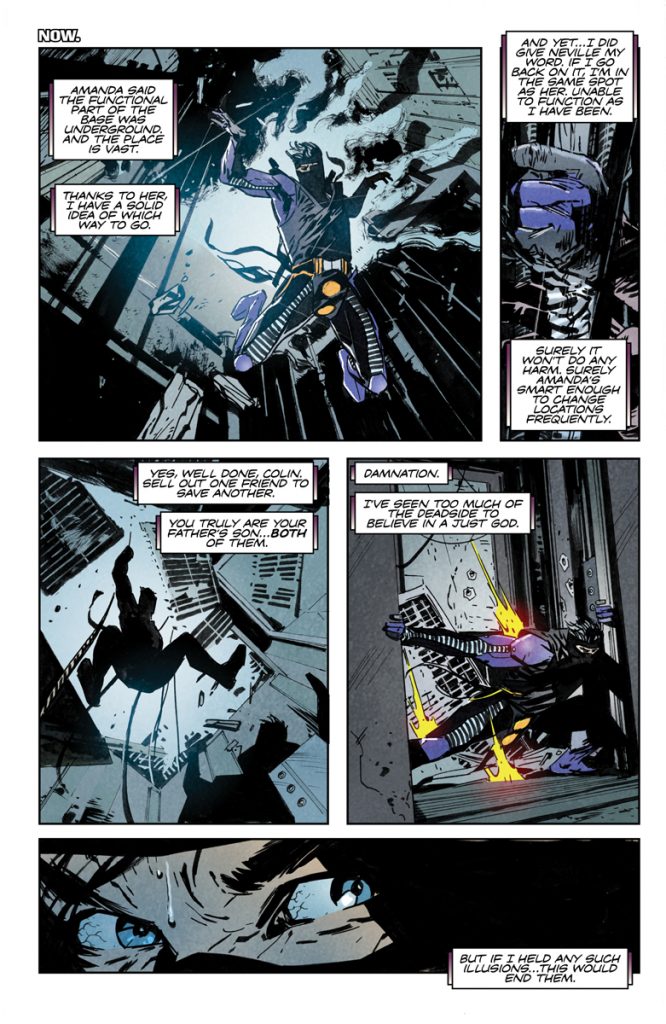 Catch me if you can!

With the fate of the Eternal Warrior hanging in the balance, Ninjak has tracked The Dying One – a being who reemerges in a new human body whenever they die – to a small town outside of Chernobyl. But Colin King is about to uncover secrets more unsettling than the loss of his friend Gilad. Abandoned in the wilds of the Russian wilderness, the world’s most dangerous super-spy must now survive against an unthinkable onslaught of science experiments from the twisted mind of his immortal foe!“FALLOUT” continues as renowned writer Christos Gage (Netflix’s Daredevil) and celebrated artist Roberto de la Torre (THE DEATH-DEFYING DOCTOR MIRAGE) lead a manhunt for the ages!$3.99 | 32 pgs. | T+ | On Sale OCTOBER 10th