Hold on, stay with me on this. Throughout the years, Batman is a character who has proven that he has a longevity and a staying power about him that can survive multiple interpretations through various media and lenses.

The Bard, with a few hundred years on the Dark Knight, similarly has seen his work and his life imagined and reimagined, with retellings—no matter how fantastical—retaining the cores of those original stories.

Oh, Shakespeare, like Batman, had a penchant for crimefighting.

Okay, not really. But the idea of a swashbuckling Will solving mysteries is the premise of the comic series No Holds Bard #1, released for the first time today on comiXology. No Holds Bard is an action adventure comedy featuring Shakespeare and his sidekick in a Batman ’66-style story written in iambic pentameter. Yep, Shakespeare has a sidekick as he heads out to fight crime and solve a mystery: Who took the Queen of England? Check out these exclusive preview pages of the first issue! 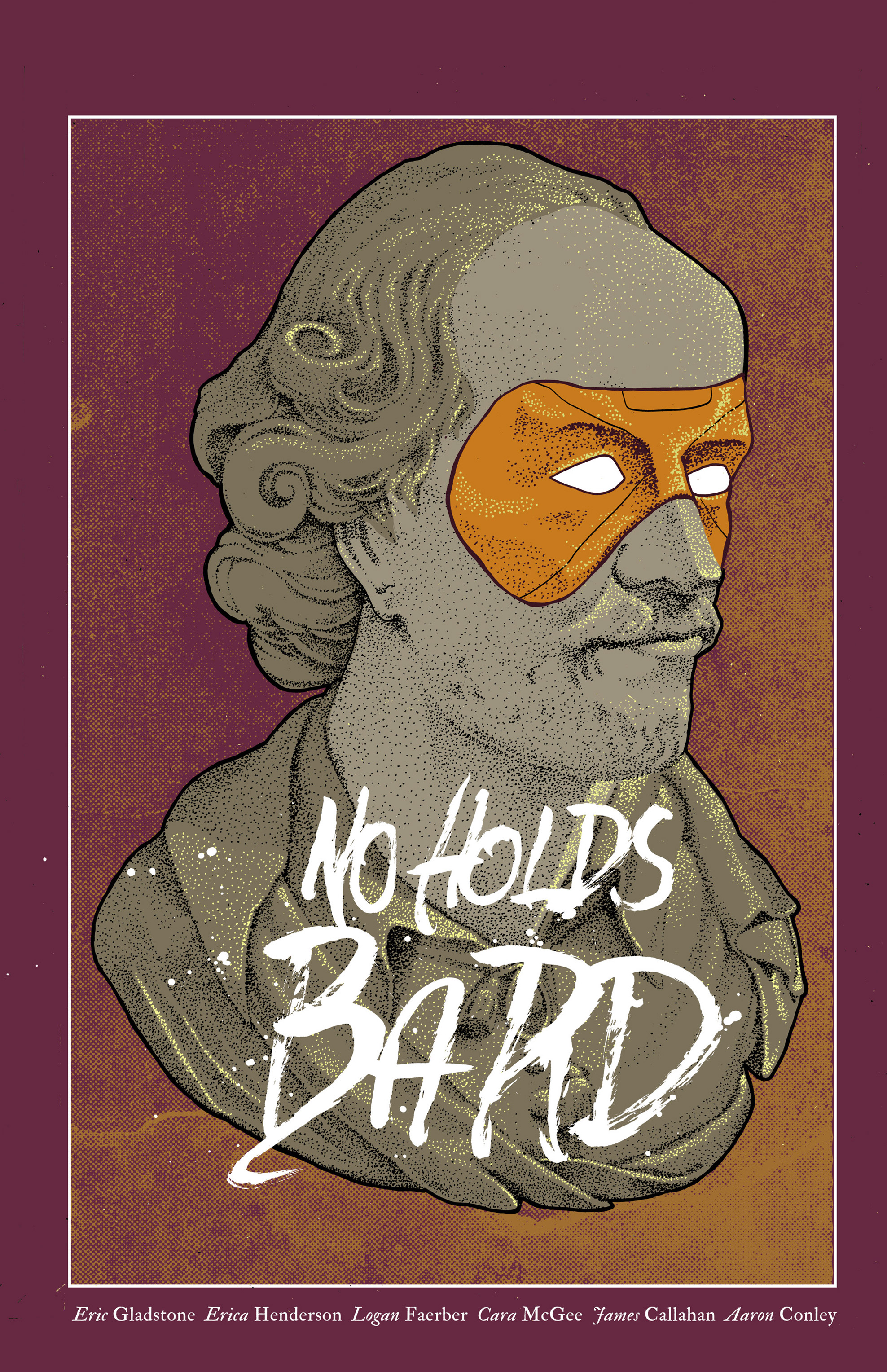 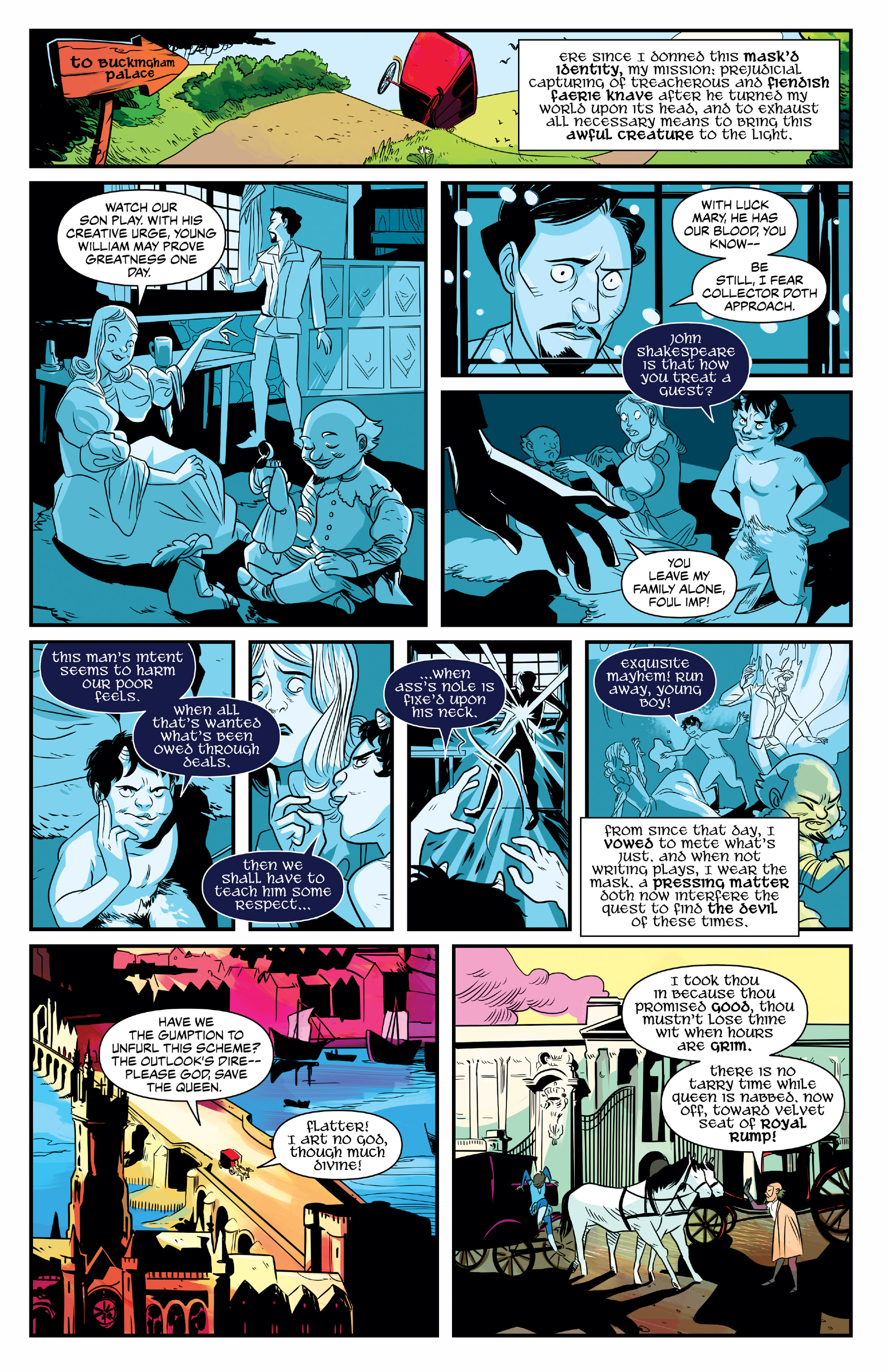 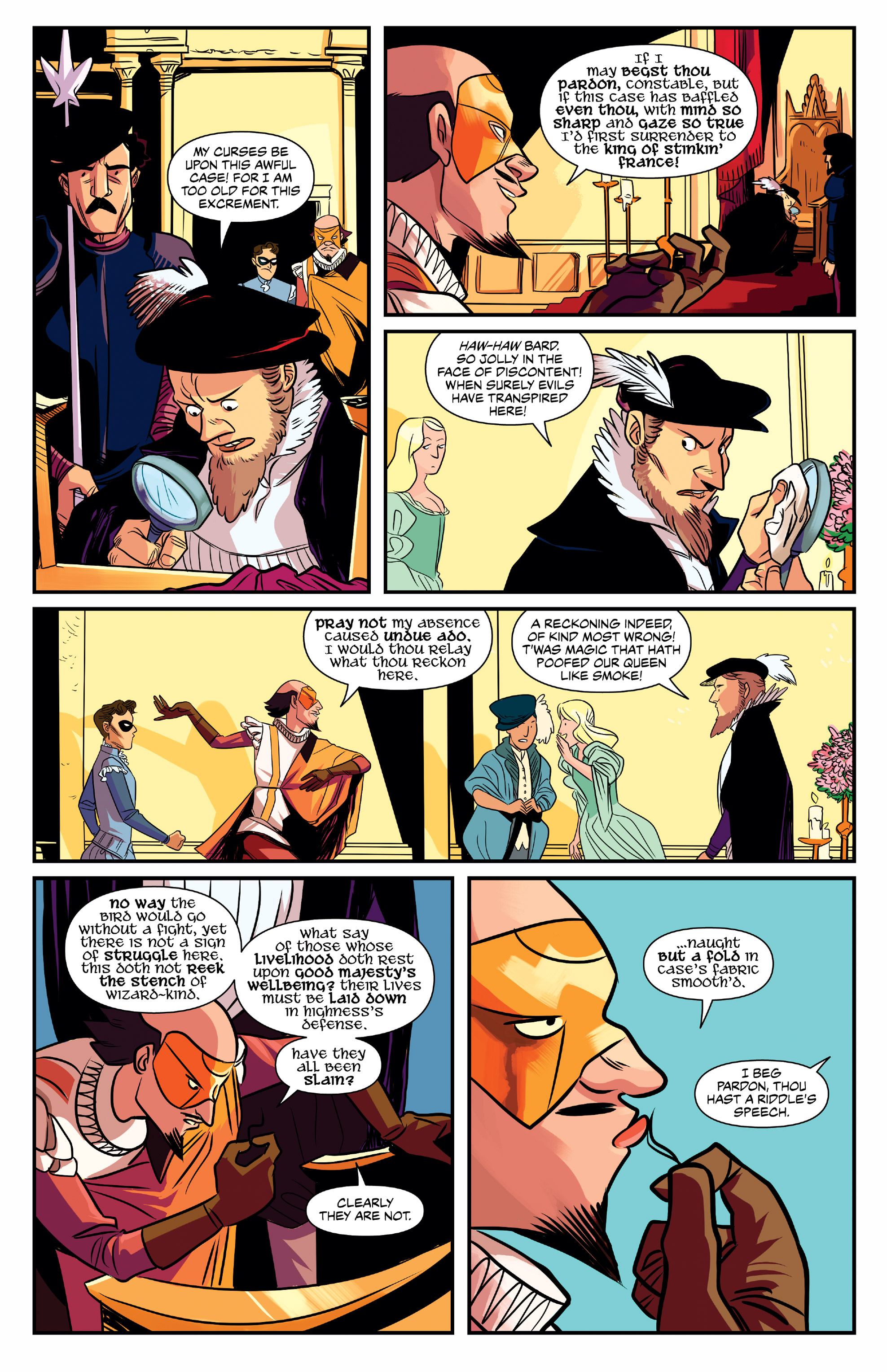 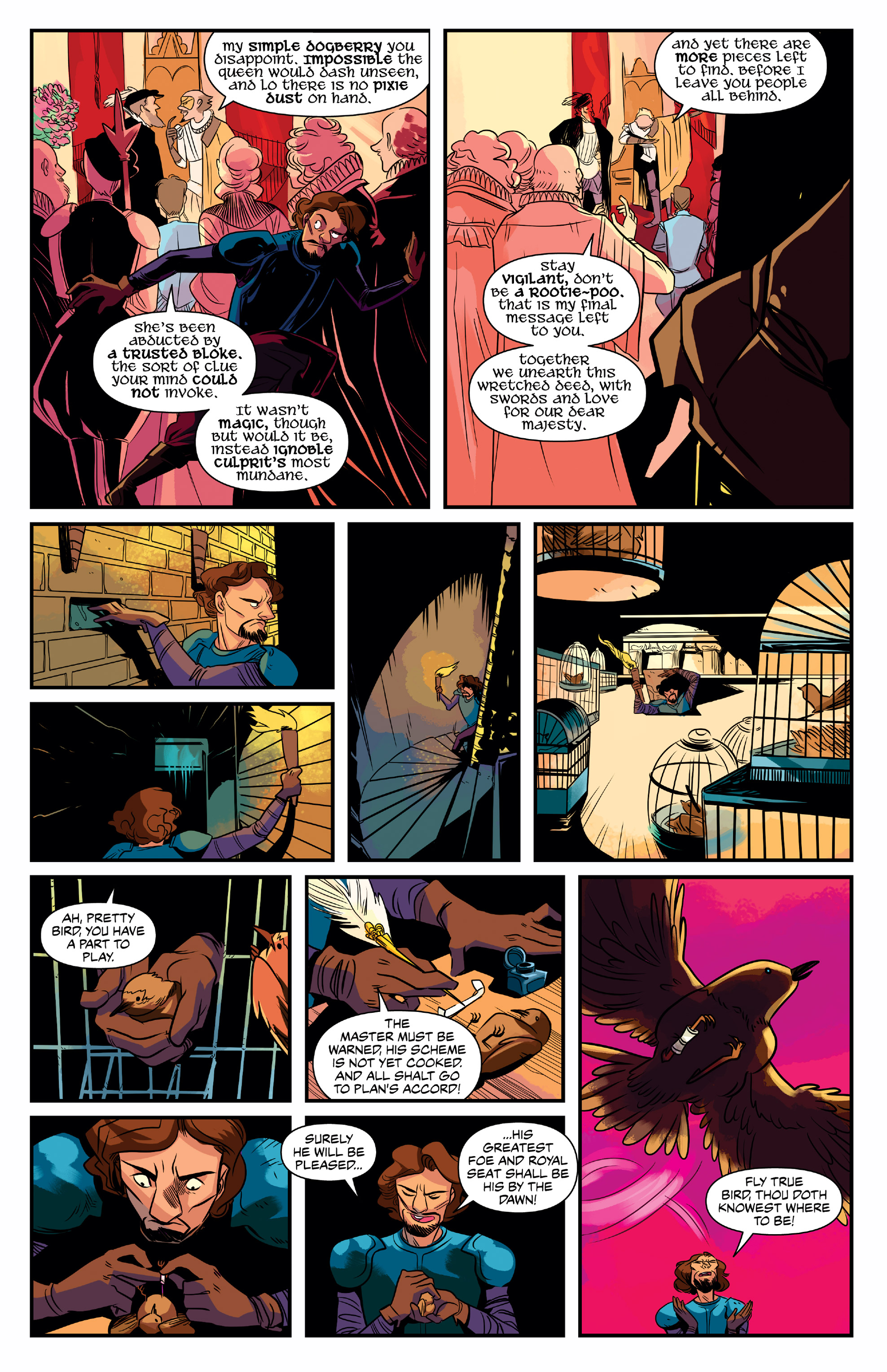 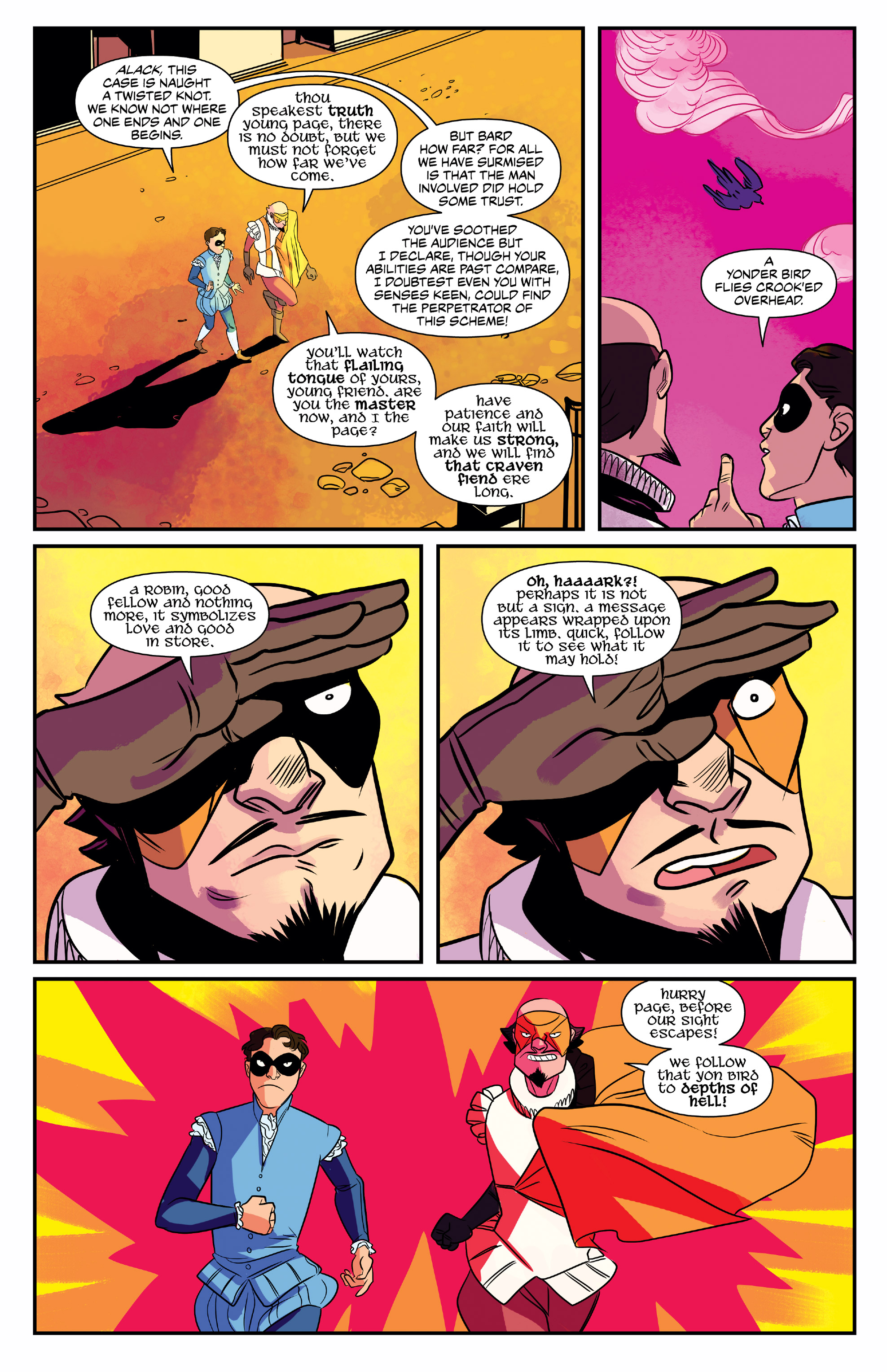 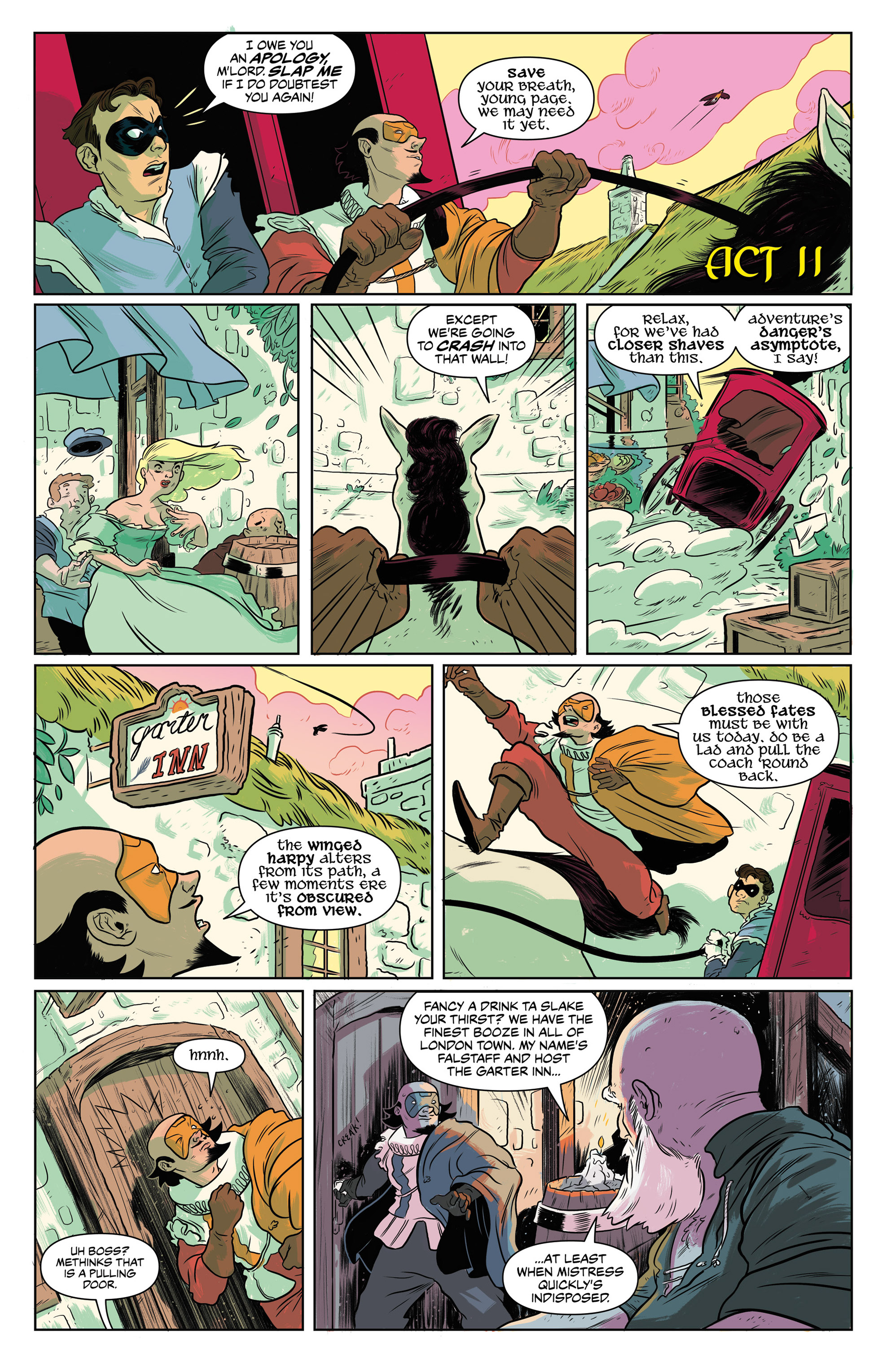 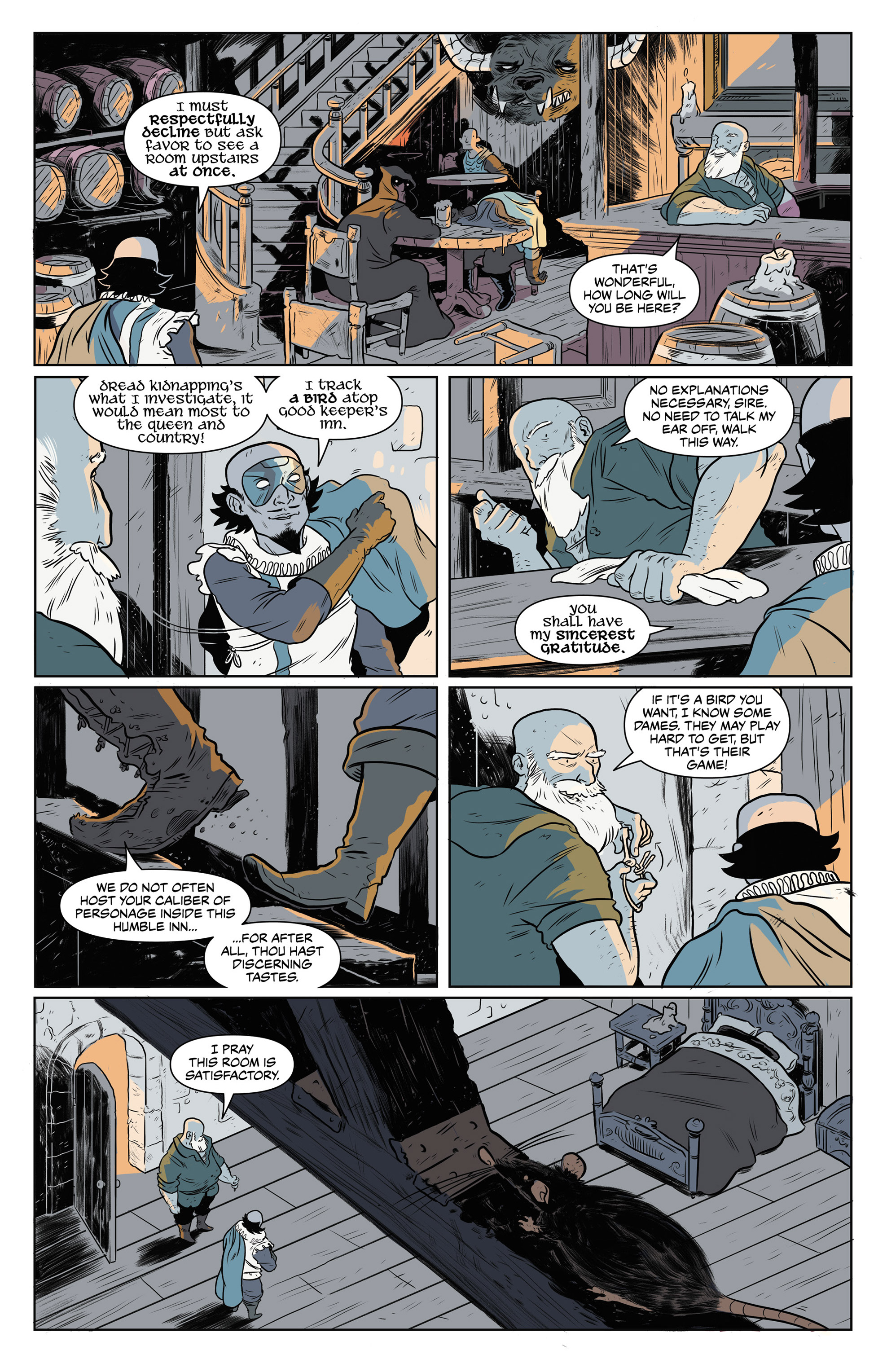 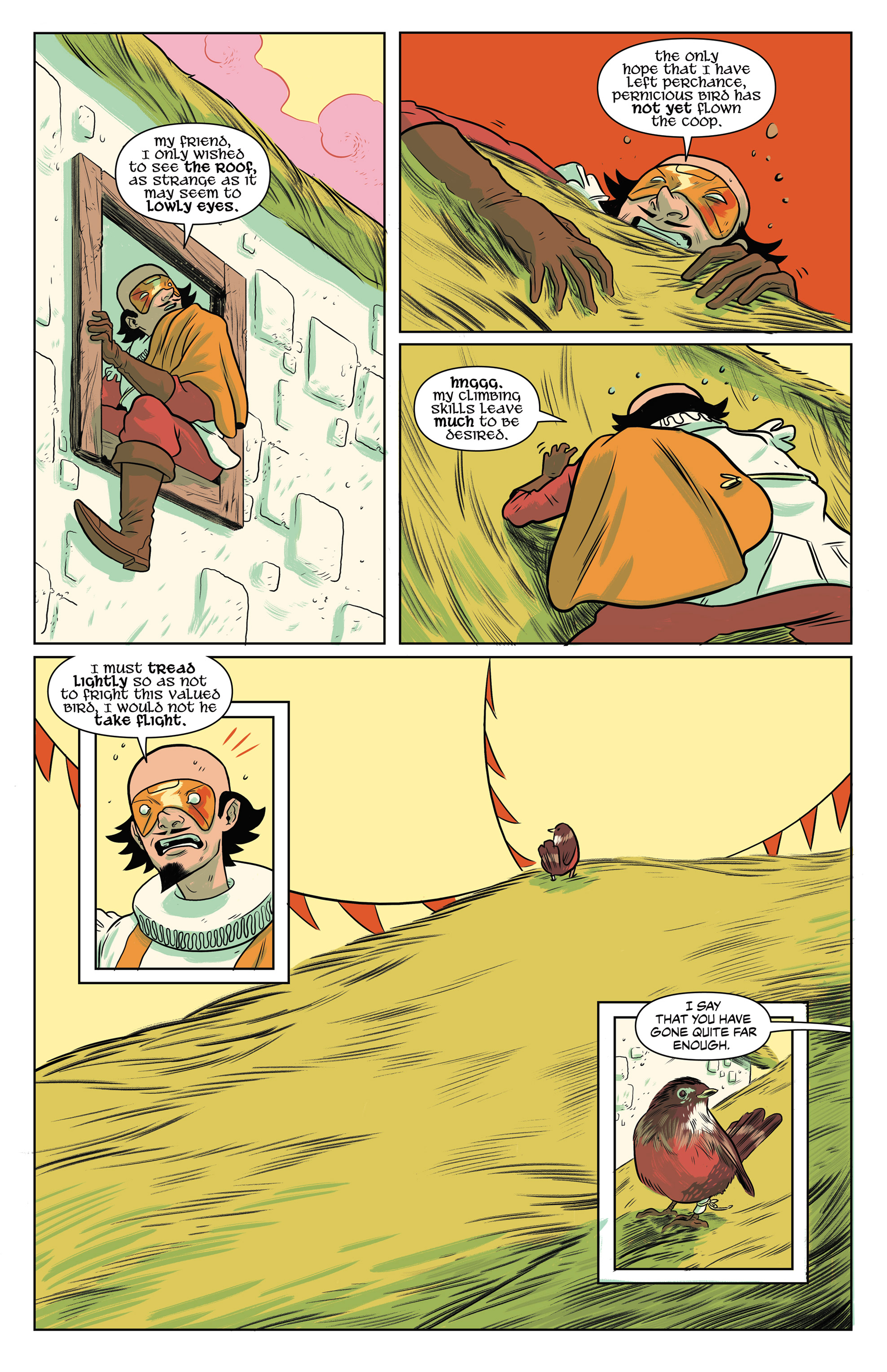 comiXology will release NO HOLDS BARD #1 digitally, via Submit as this is a self-published comic book series, for the first time today. Originally funded on Kickstarter (https://www.kickstarter.com/projects/101952017/no-holds-bard/description), finished books were distributed just a couple of short weeks ago.

English teachers, Shakespeare aficionados, or just lovers of a great buddy comedy, check this book out!

No Holds Bard #1, written by Eric Gladstone with art with a bevy of talented artists, is on sale now on comiXology. You can purchase the first issue here.