Next Wednesday, September 21st, Dark Horse Comics’ Pearl III #5, created by comic superstars Brian Michael Bendis and Michael Gaydos, hits newsstands and digital download, following Pearl Tanaka as she has to contend with the detritus of the past; namely, that left in her dead mother’s wake. Added to those issues is the matter of the Yakuza—of course—particularly a major crime boss and a skilled assassin. Examined through the lens of high-octane action and a heavy dose of weird, Pearl III #5 examines art and family in the way only Bendis and Gaydos can.

Check out these preview pages of Pearl III #5 (including a variant cover by Zu Orzu) that Dark Horse Comics shared exclusively with FreakSugar! 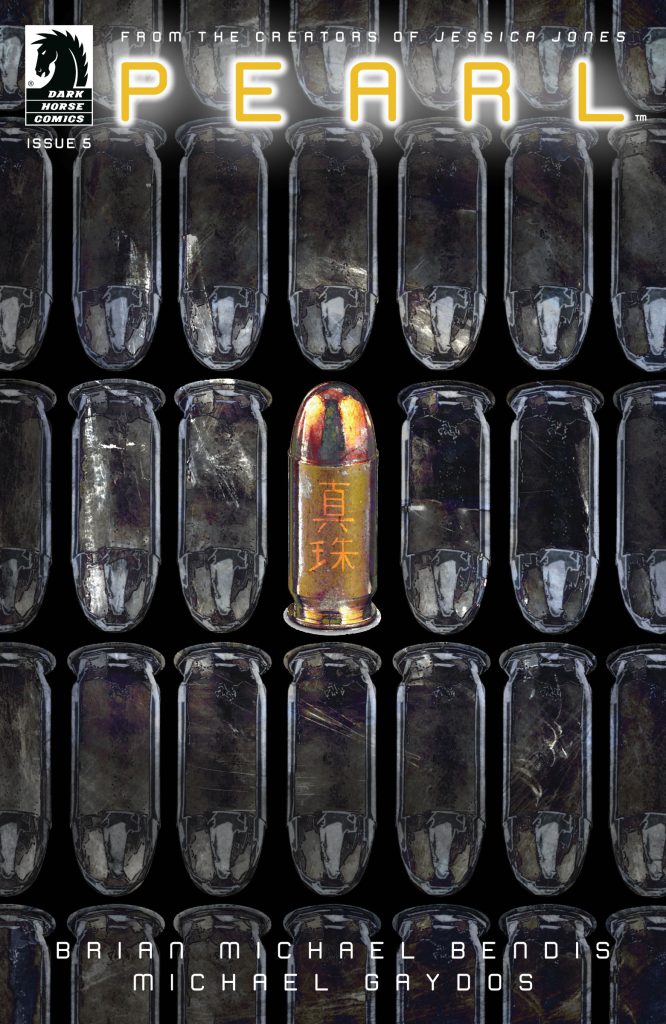 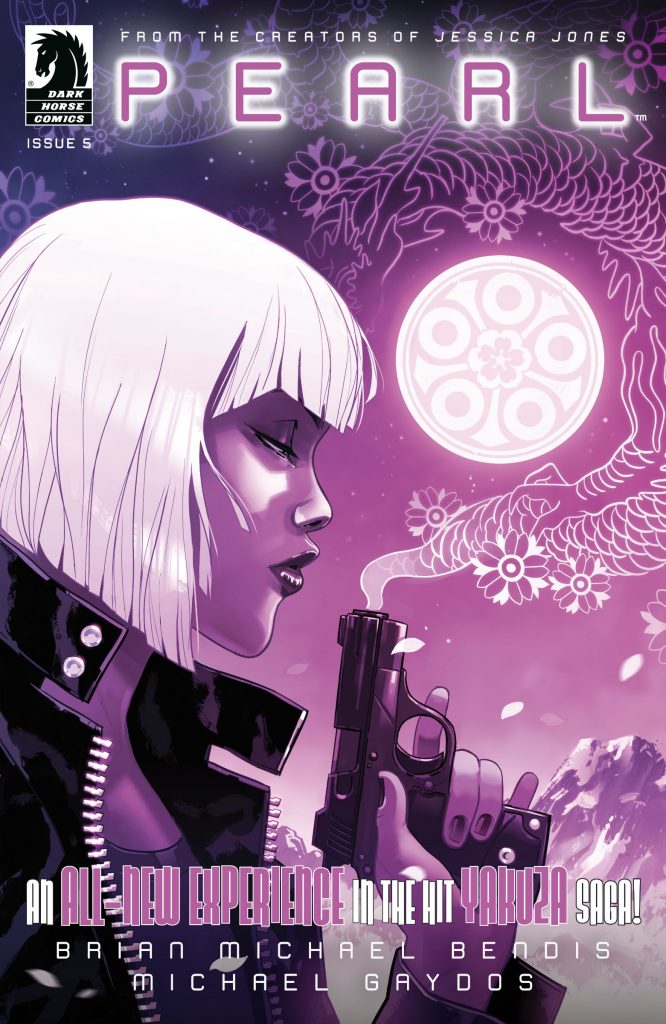 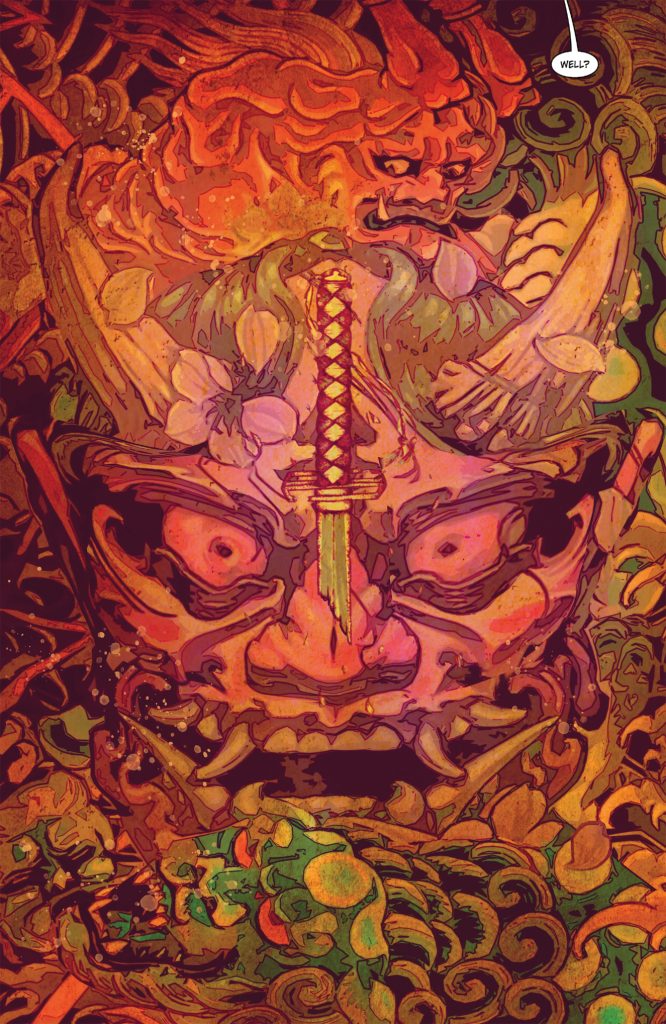 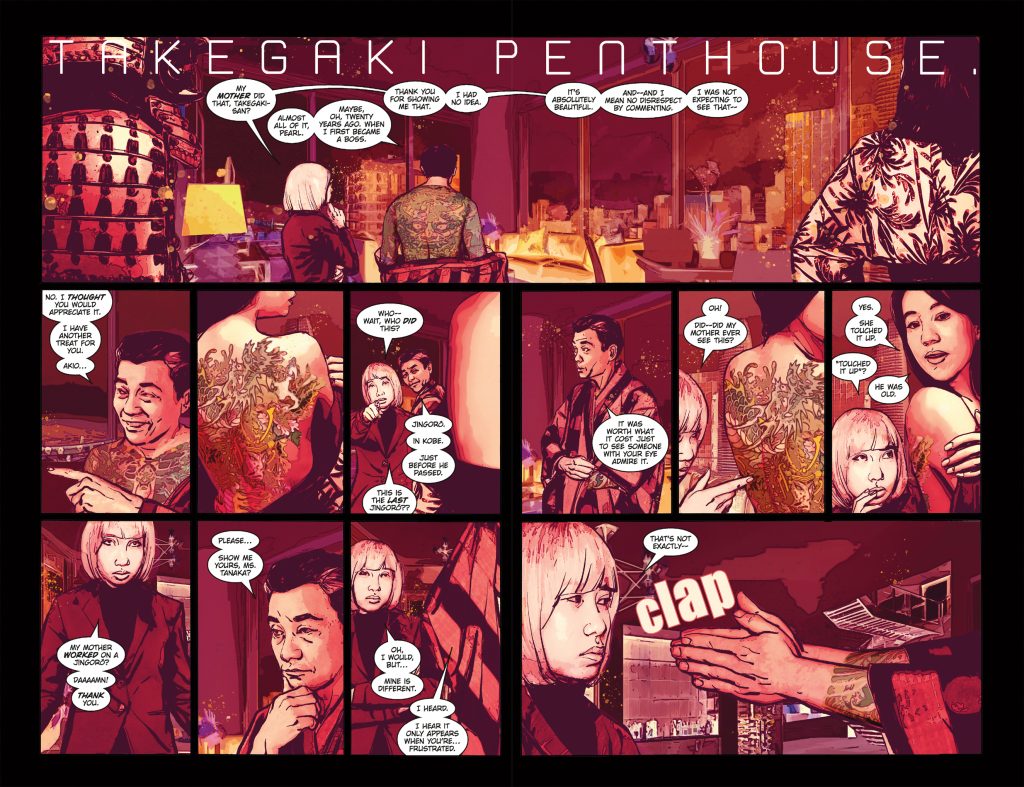 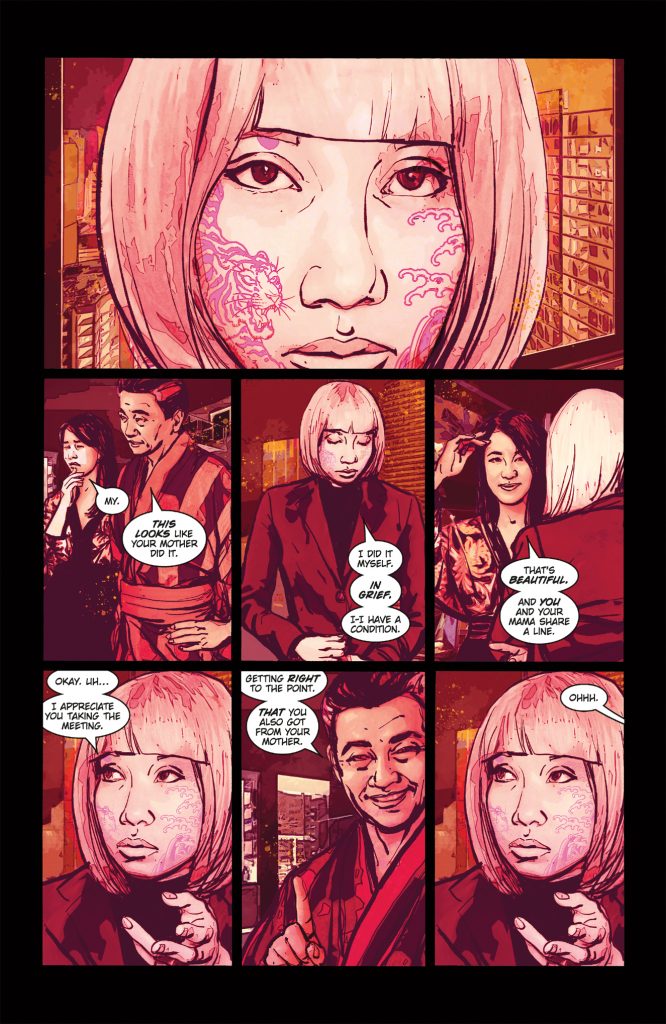 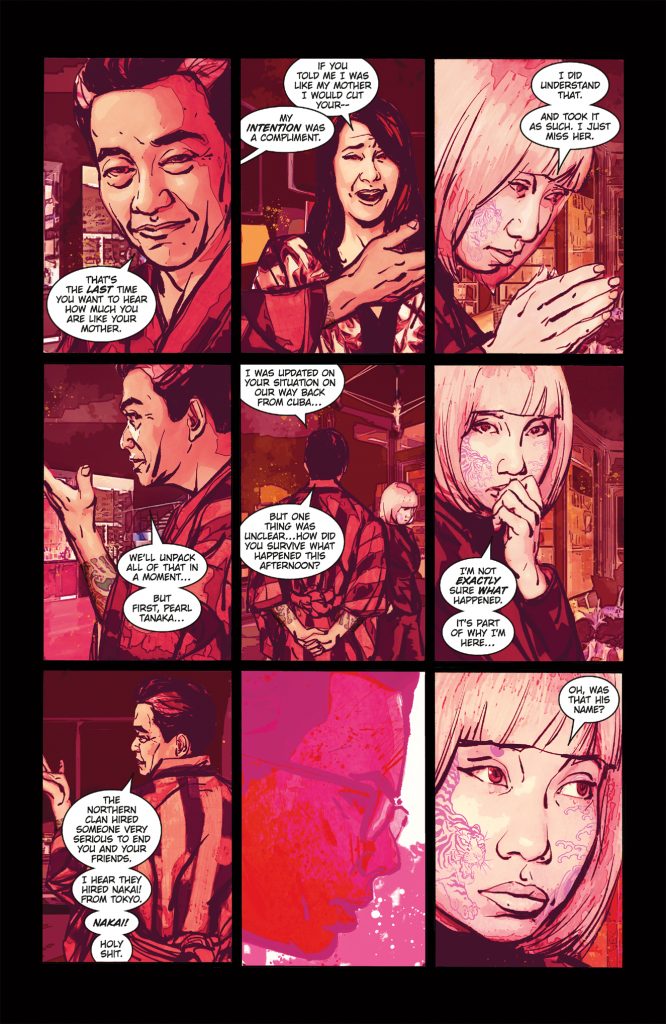 Pearl confronts one of the major bosses of the yakuza and takes charge of the insane mess her dead mother left her behind. But first Pearl must confront Tokyo’s most dangerous assassin. You are ill-prepared for the beautiful artwork that Michael Gaydos has brought to this yakuza epic about art, family, and the weird stuff in-between.