Writer Chip Zdarsky has demonstrated, time and again, that he knows how to expertly blend action, comedy, and pitch-perfect pathos, as shown in his work in everything from Howard the Duck to Jughead. When Zdarsky was tapped to helm Peter Parker: The Spectacular Spider-Man, it seemed like a natural fit, and he’s balanced Peter’s humor and heroism better than we’ve seen from almost any writer in years. His Peter has his neurotic quirks, sure, but Zdarksy has always shown him as never skewing into incompetence. Peter is good at what he does, regardless of his doubts.

Which is why it’s been such a joy to see the interaction between Peter and his younger self in the current arc of Peter Parker, which sees our Pete go back in time with J. Jonah Jameson and Peter’s sister (!!!) Teresa to stop the machinations of The Tinkerer. By showing older Peter juxtaposed with younger Peter, we see the same character with slightly different sensibilities shaped by experience and time, as it should be.

Some writers have a tendency to write the older version of the character the same as the younger version, ignoring character development and growth that comes with age. Zdarsky’s time travel story has been a fun romp so far—as seen in the following exclusive preview pages of Peter Parker: The Spectacular Spider-Man #303 by Zdarsky, penciler, inker, and colorist Joe Quinones, inkers Joe Rivera and Paolo Rivera, colorist Jordan Gibson, and letterer Travis Lanham. Coupled with the artistic talents of the entire creative team, the tale has been a fun juxtaposition of difference–of time periods and Parkers–but it’s also had the additional benefit of showing other storytellers how to write an adult Spider-Man without losing his whimsy or his hard-earned maturity. 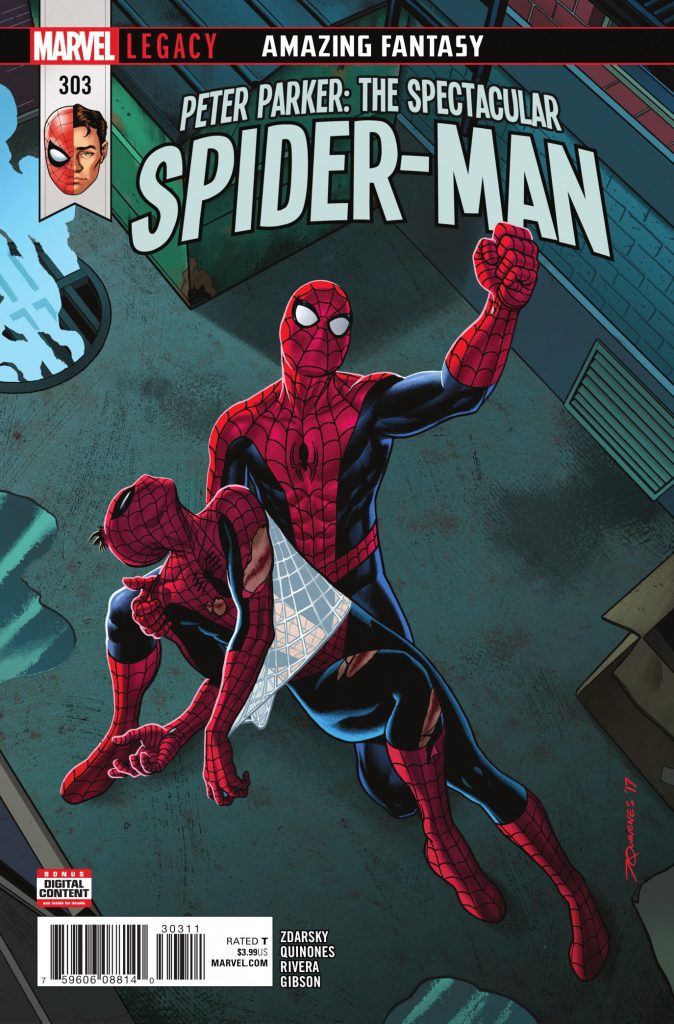 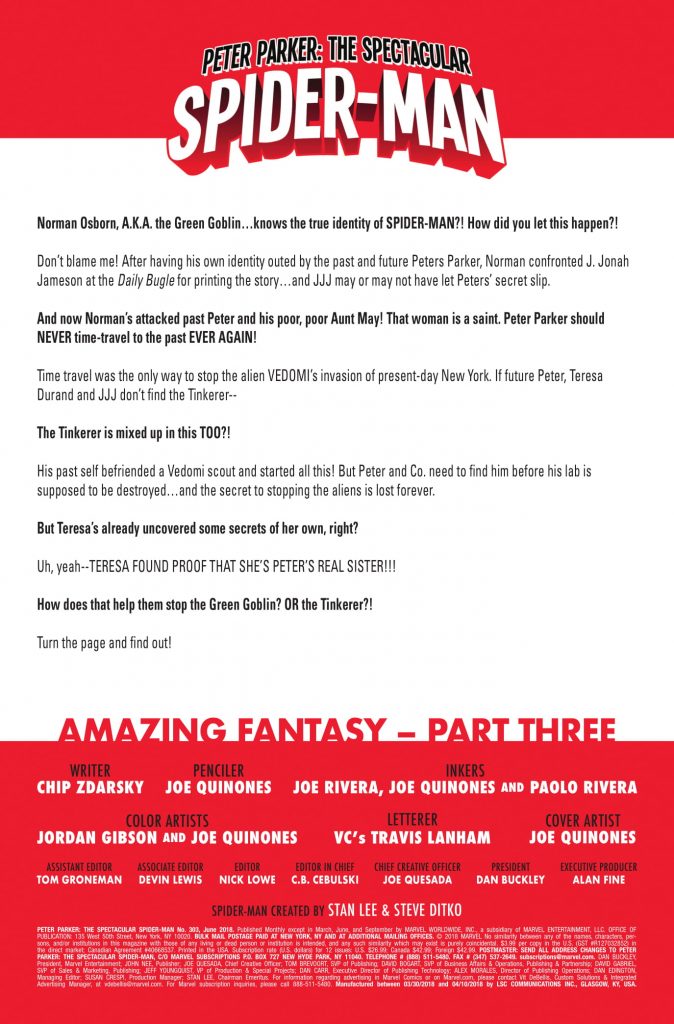 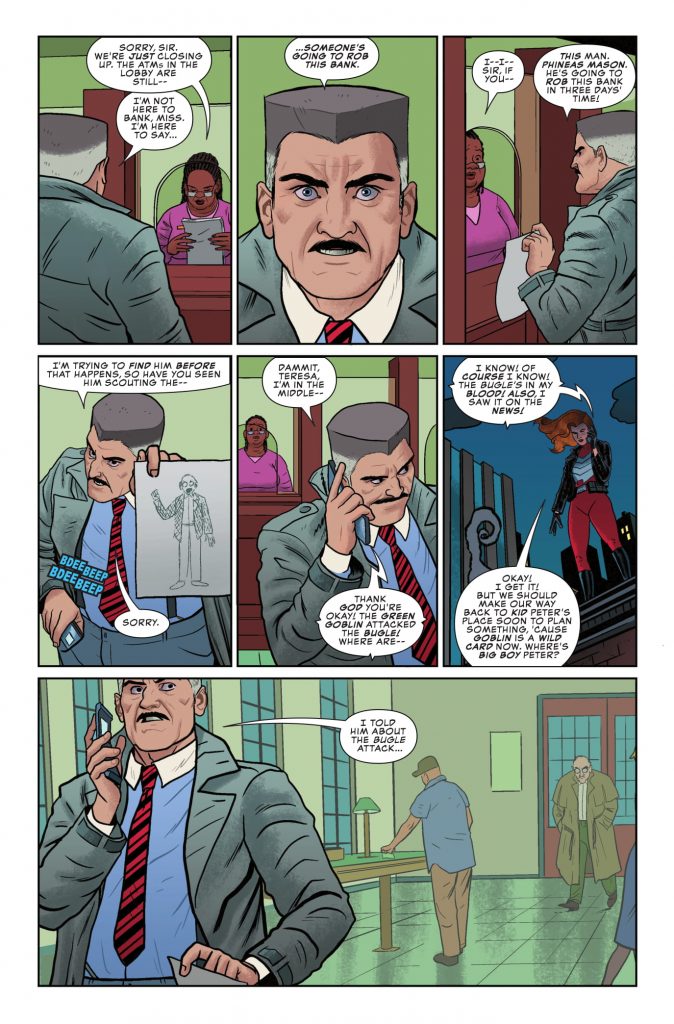 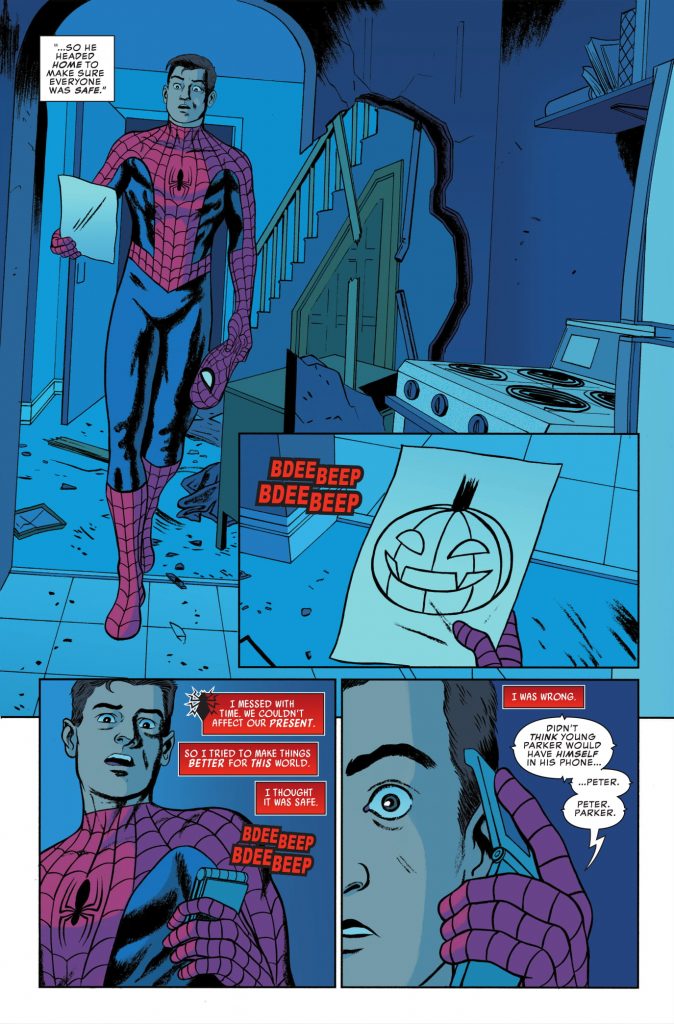 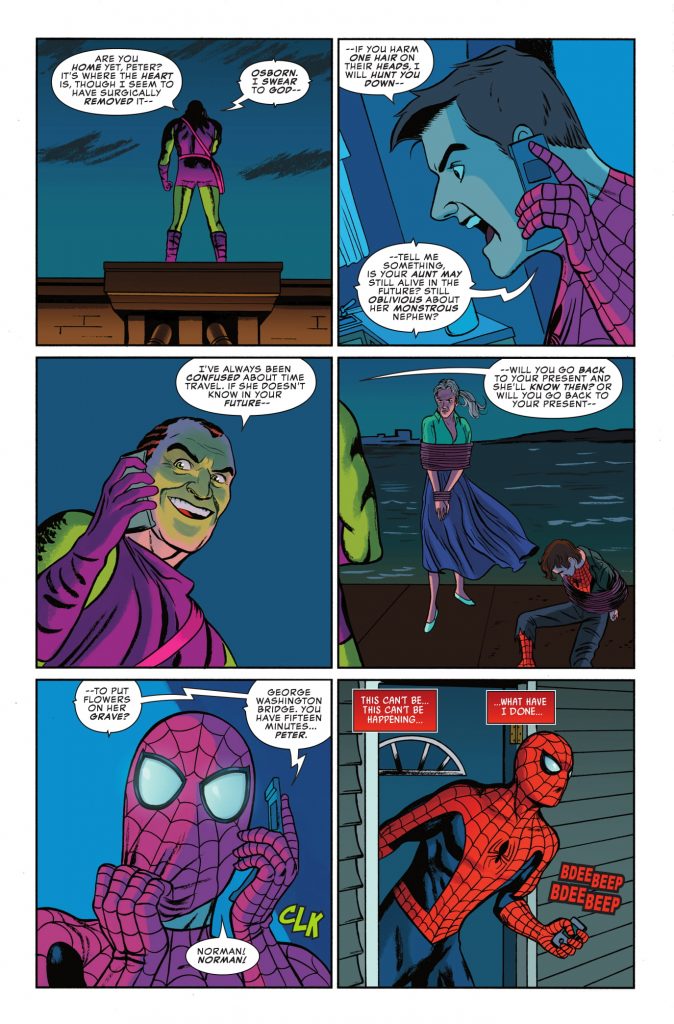 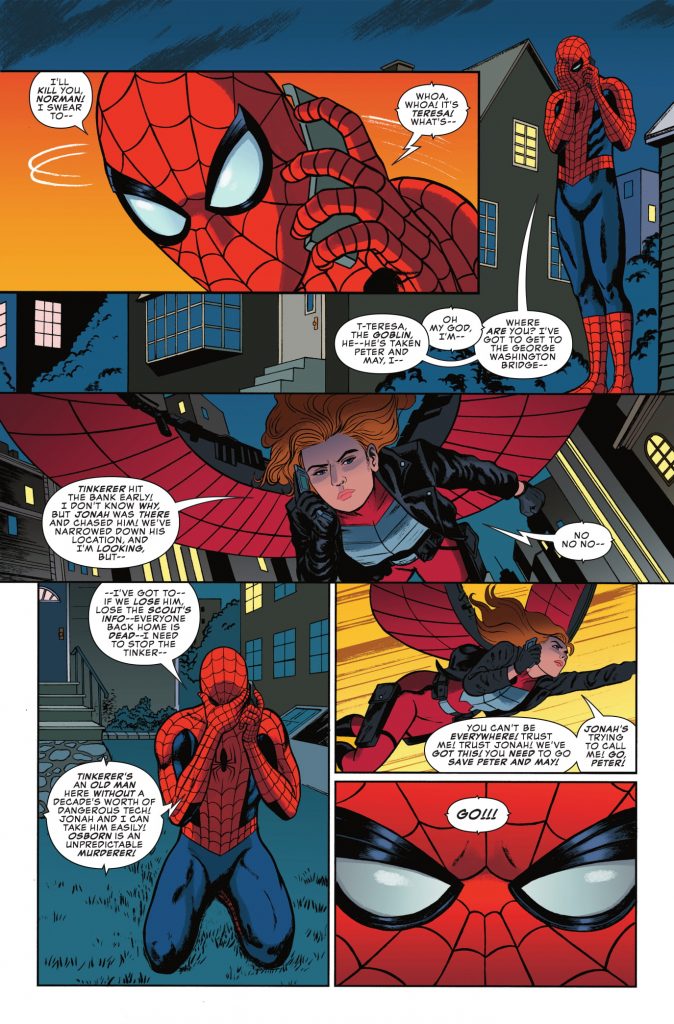 PETER PARKER, TERESA DURAND and J. JONAH JAMESON will attempt to save the future…by fighting for it IN THE PAST! But will their time-traveling gamble pay off or only alter the course of history for the worse?