Pietro Maximoff, the hero known as Quicksilver, is one of Marvel’s oldest characters in terms of publication, first premiering in the fourth issue of X-Men 54 years ago. In that time, however, the number of classic Quicksilver stories can be counted on one, maybe two hands, and not all of them paint the Avenger in the best of lights. He’s been an anti-hero, a villain, a manipulator, and, almost consistently, someone who comes off as somewhat of a jerk.

That’s why Quicksilver: No Surrender has been such a revelation. What’s brilliant about what writer Saladin Ahmed, artist Eric Nguyen, and Rico Renzi are doing with Pietro is that, in just the first issue, we see the character given more personality beyond his brash boldness than in nearly five decades worth of Quicksilver stories. Ahmed himself is no stranger to working his writing magic on comic characters who need some TLC; there’s a reason he’s been nominated for an Eisner award for his writing on Marvel’s Black Bolt, after all. He takes Pietro from where we left him in the “Avengers: No Surrender”–presumed dead after saving the world–and shows him racing through that world where his speed isolates him in a way he’s never felt before.

In our exclusive preview of Quicksilver: No Surrender #2, Ahmed, Nguyen, and Renzi continue to show Pietro coming to grips with his current situation, all the while attempting to save people from his past and present from death by super-fast foes who wear his face. Nguyen manages to make Pietro seem to be moving even when he’s standing still, with Renzi’s colors skillfully choosing when to use greys and darks and when to cut color across the page. This may be no more evident than in the final page of the preview, when our hero considers how he and his Romani family were persecuted and how the world at large views the Romani as a whole. It’s the only time we really see Pietro pause in the preview and it’s a testament to the whole creative team that they know when to speed up the action and when to let readers catch their breath and get to know Quicksilver a bit better. 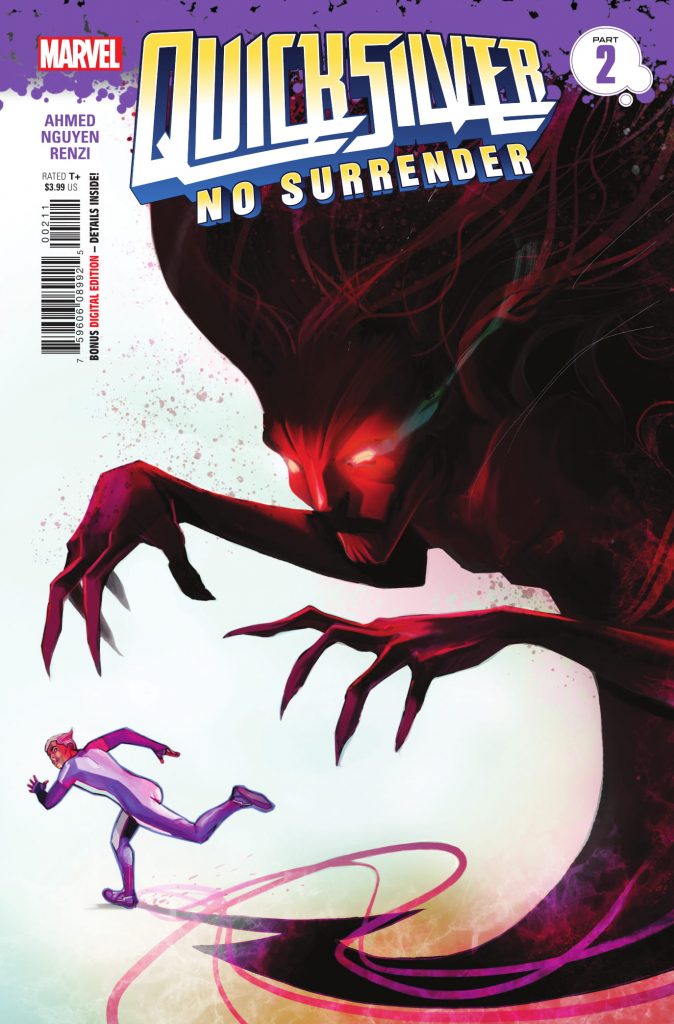 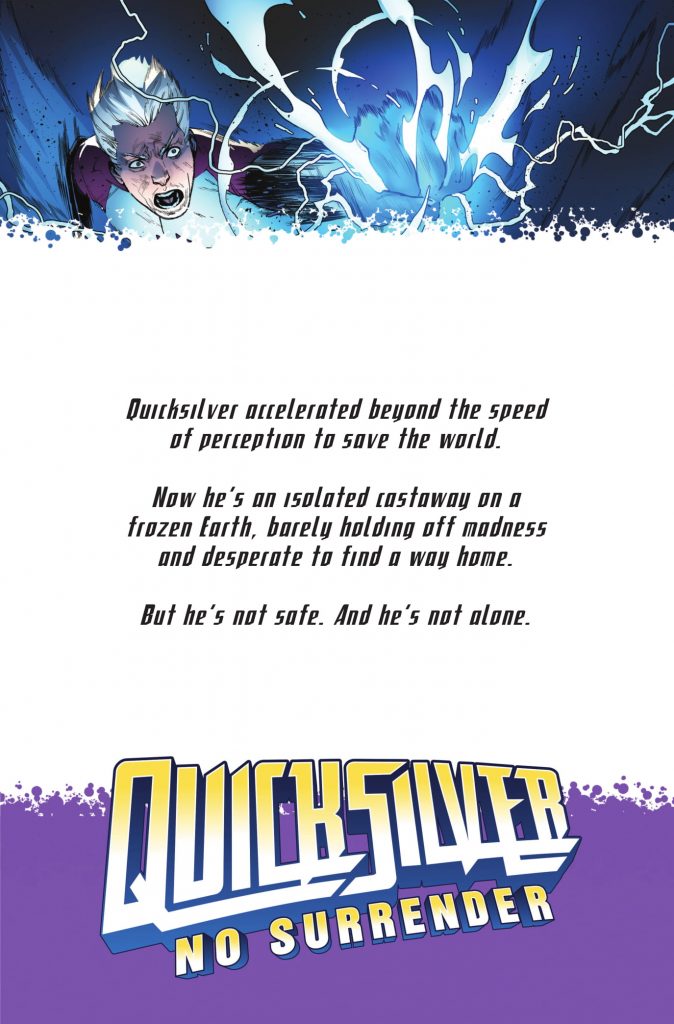 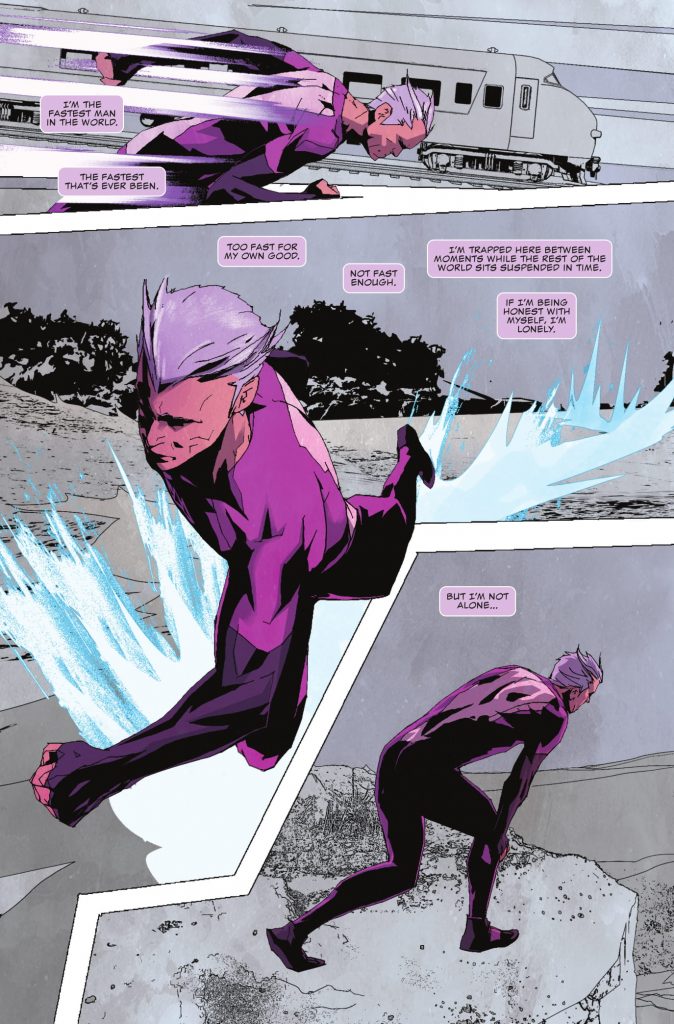 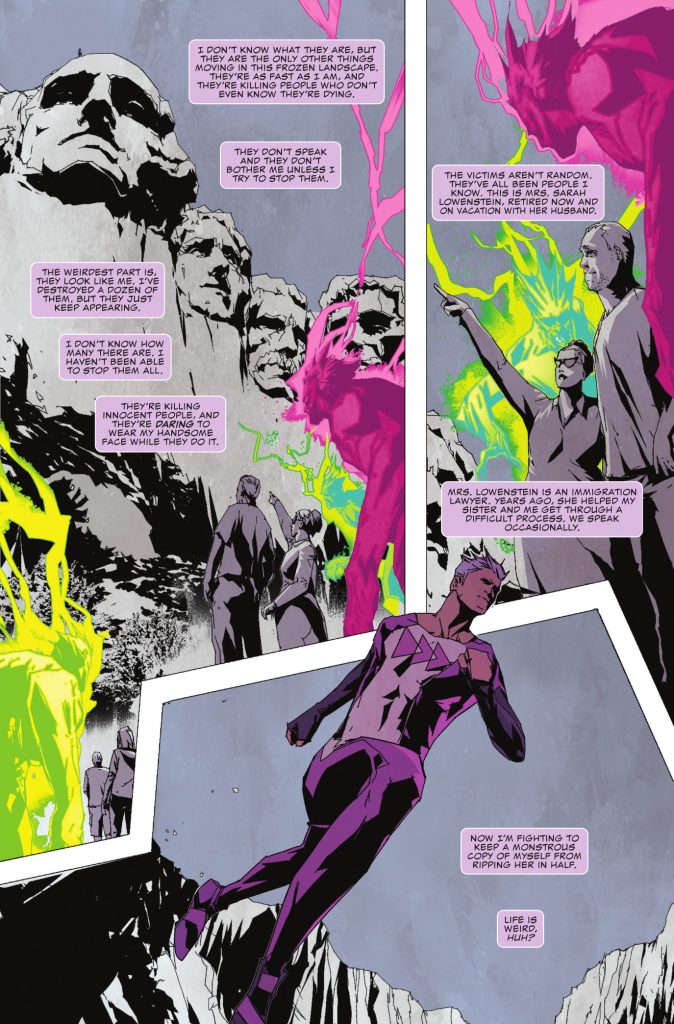 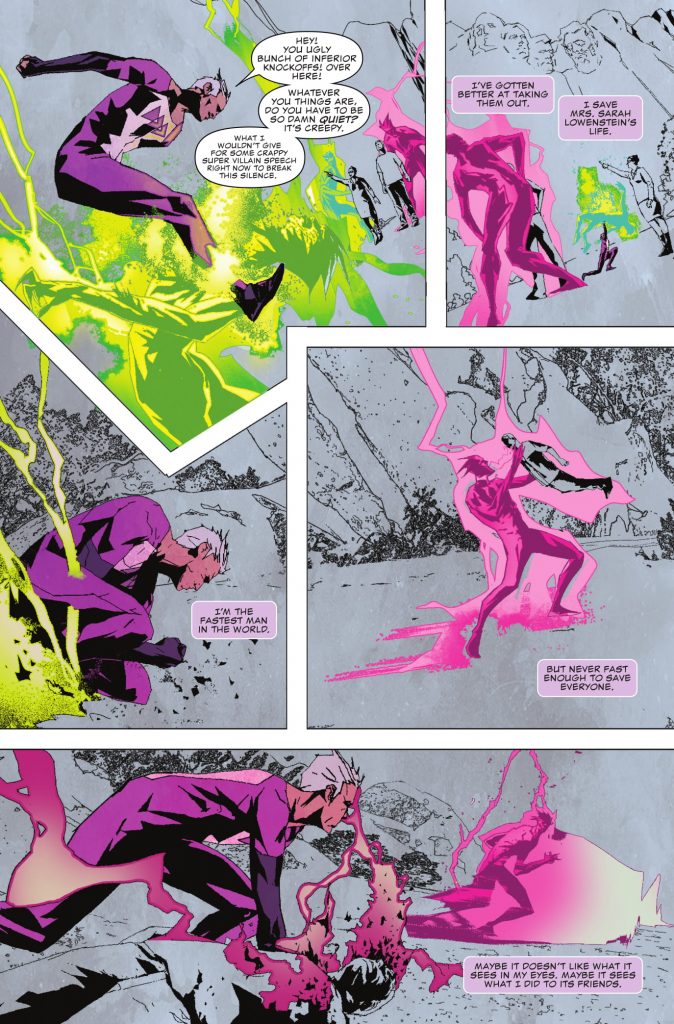 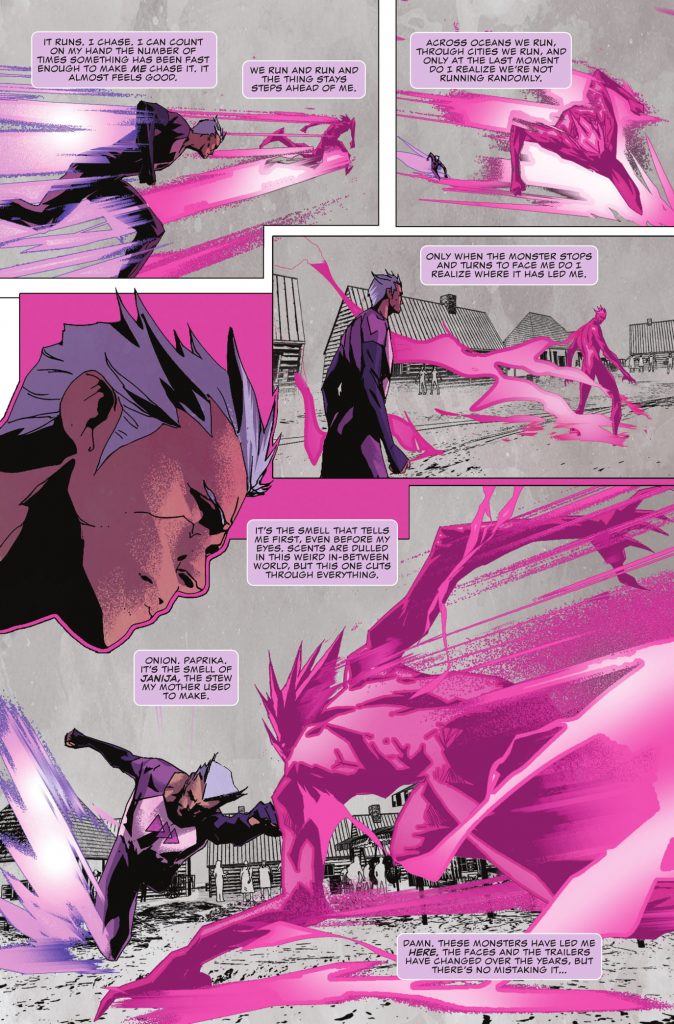 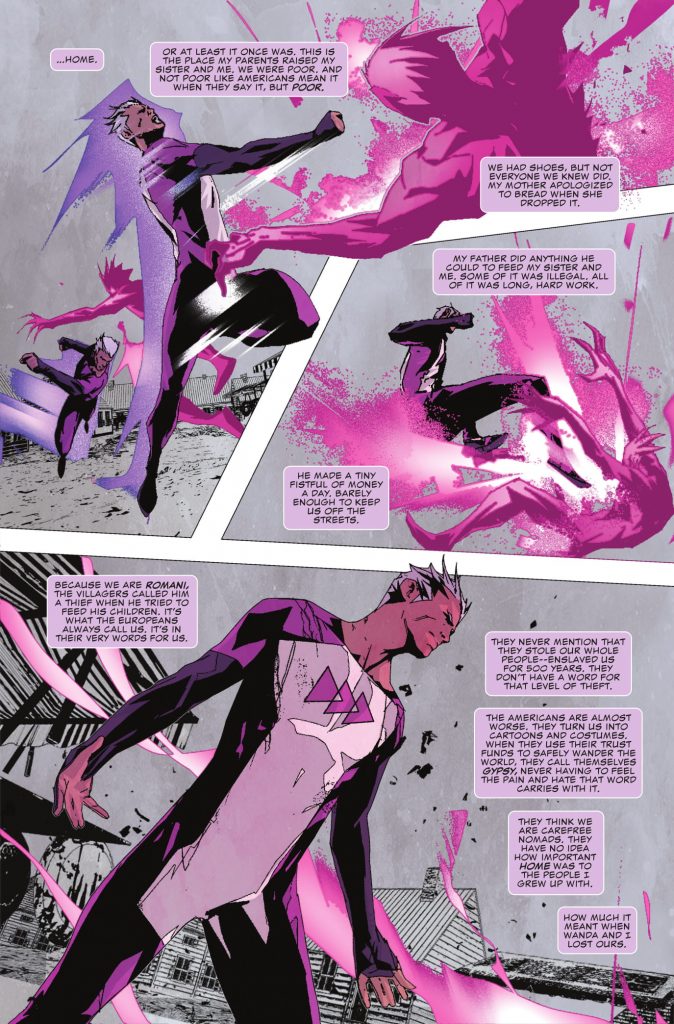 RACING OUT OF THE PAGES OF “AVENGERS: NO SURRENDER”! Even at the best of times, Pietro Maximoff has found a way to become his own worst enemy. And as he fights for survival alone, at the edge of reality, his personal demons loom larger than ever. Can Quicksilver overcome his flaws and find his way home? Or is he doomed to be lost forever?