As shown in the miniseries thus far and from our interview with writer Saladin Ahmed, Quicksilver: No Surrender may be a locked-room mystery melded with a Cast Away-style drama, but the thrust of the action is to put the microscope on Pietro Maximoff, the superhero and sometimes-Avenger known as Quicksilver, and see what makes him tick.

And one of the prime movers of what drives Quicksilver is anxiety, anxiety that stems from both his cultural background and upbringing and his experience as a super-powered individual. That anxiety has, understandably so, pervaded the foreground and background of the miniseries, as Pietro finds himself stuck between moments in time. As he waits for the Avengers to help rescue him from this in-between space, Quicksilver has his hands full protecting Earth’s people from speedsters that bear a striking resemblance to him.

In our exclusive preview of Quicksilver: No Surrender #4, on sale Wednesday from Marvel Comics, the creative team of Ahmed, Eric Nguyen, and Rico Renzi continue to mine the depths of Pietro’s pathos: how he deals with being alone, his frustration, and his momentary anger. And you get to see Pietro talk to his turtle friend, which is one of the cutest damn things we’ve ever seen. 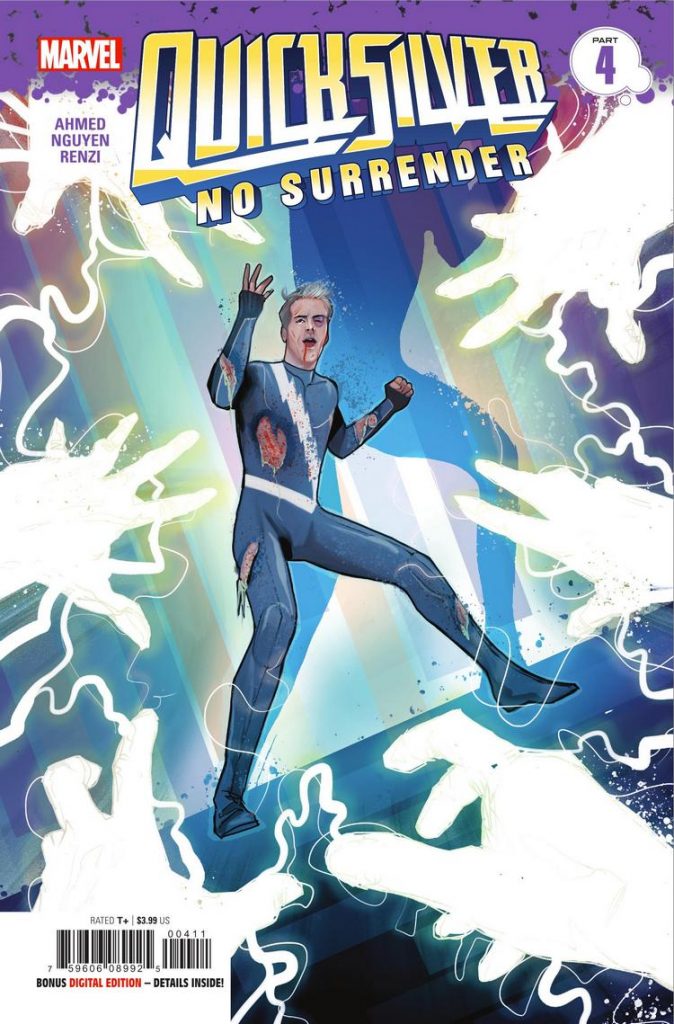 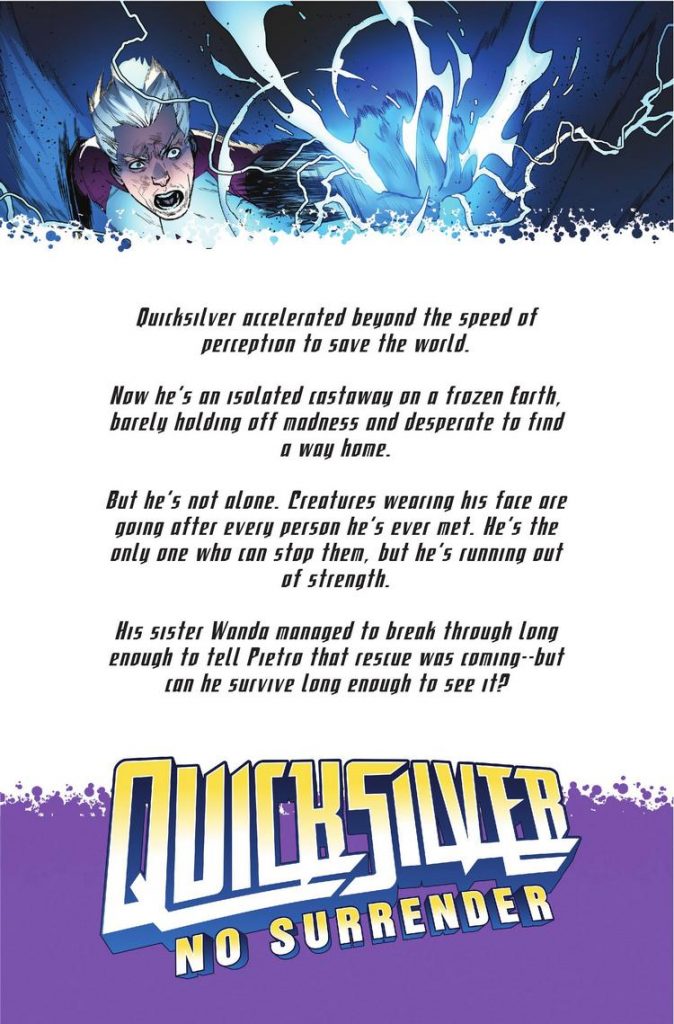 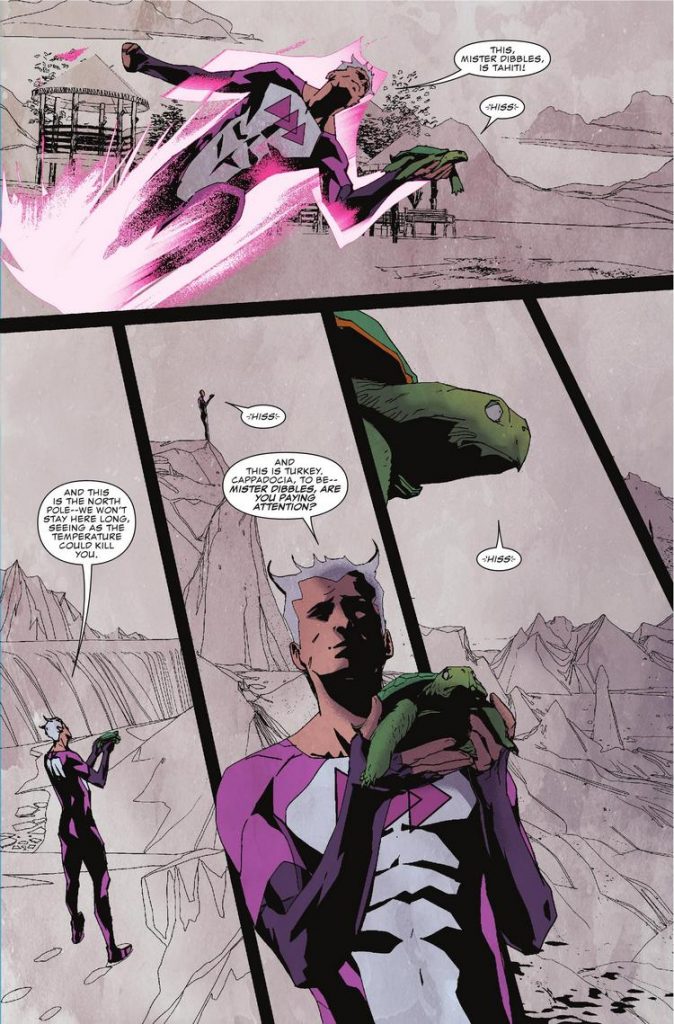 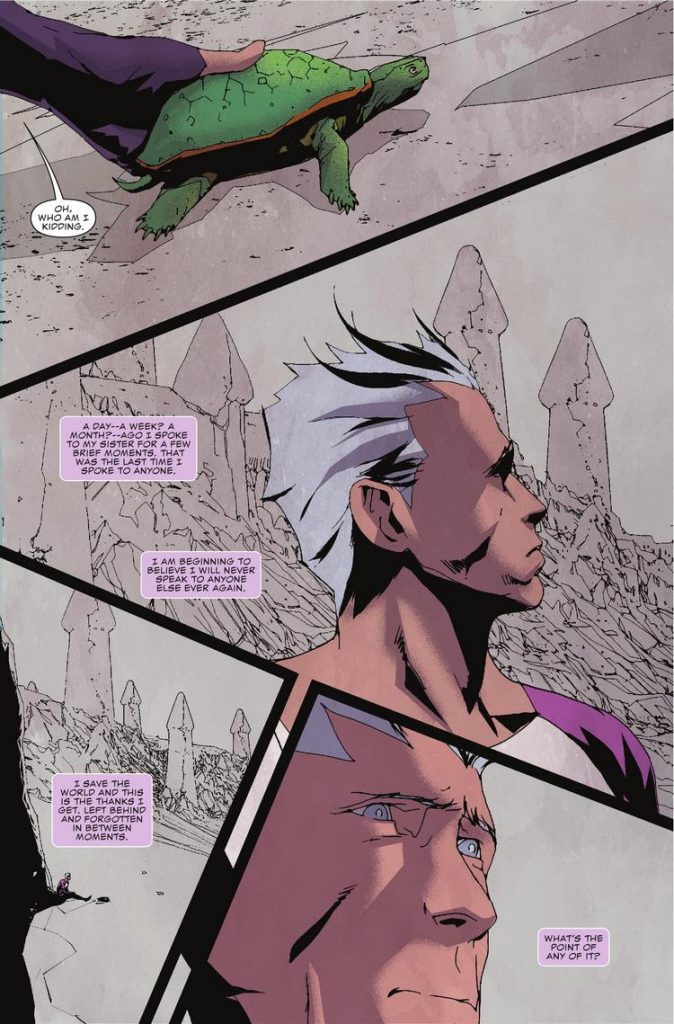 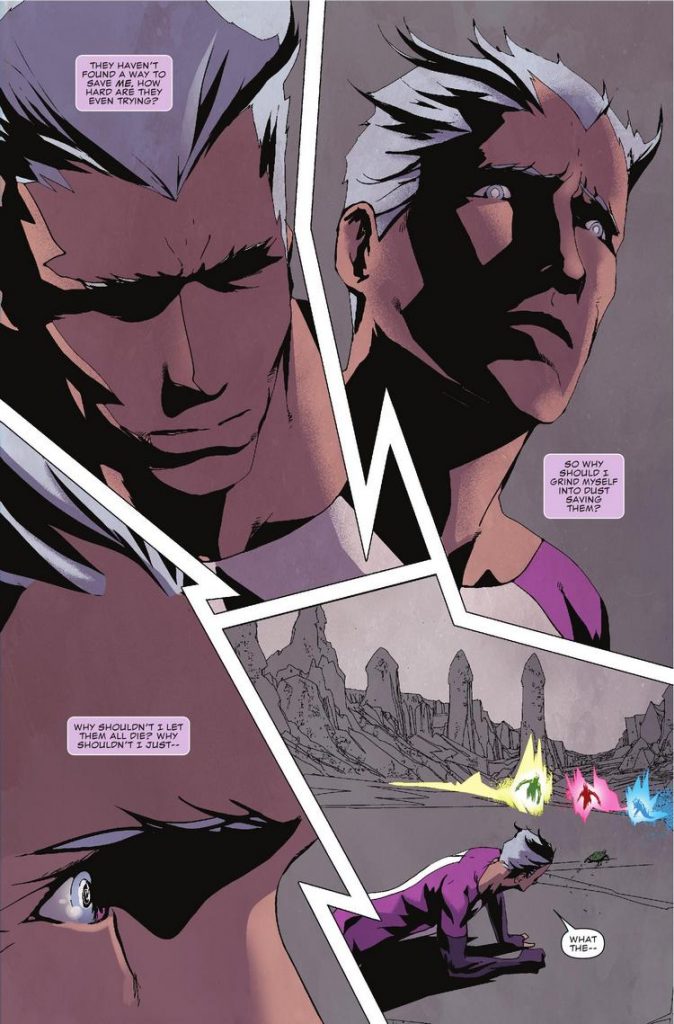 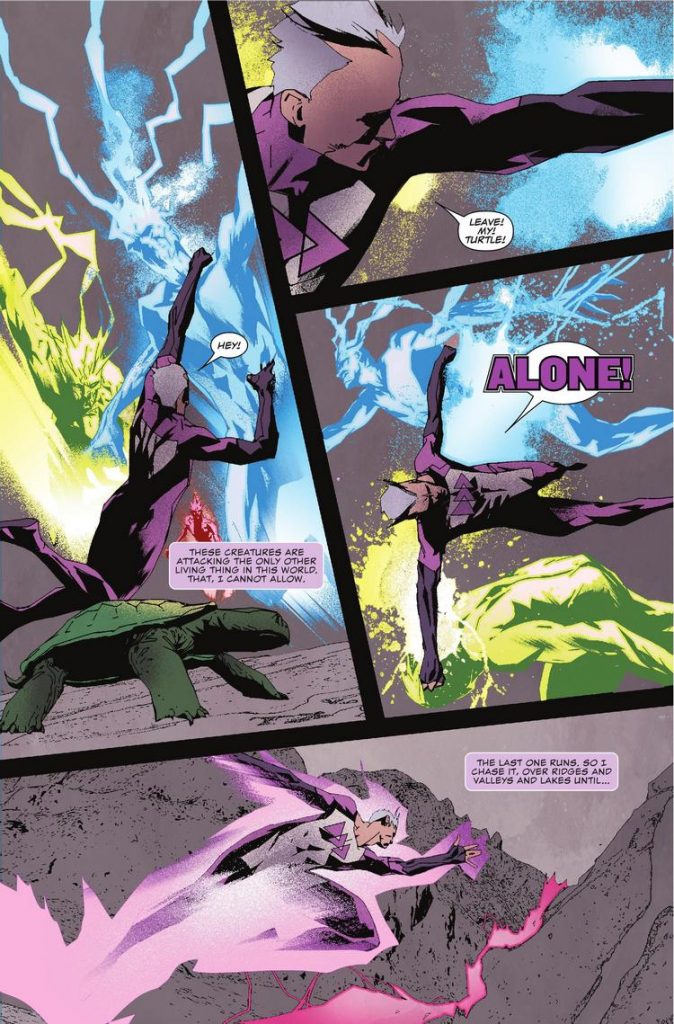 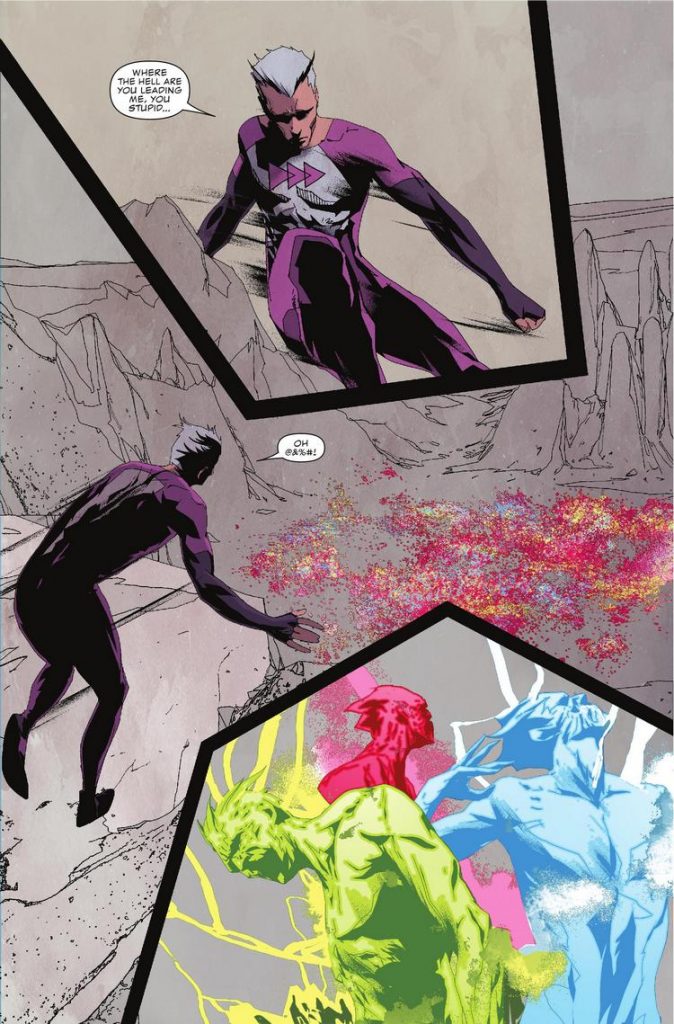 Quicksilver makes a desperate final stand against a nightmare of his own making. But this time, no surrender might mean no survival…