This Wednesday, DC Comics/Vertigo’s Red Thorn #13, written by David Baillie with Meghan Hetrick on art, hits newsstands, featuring a conclusion that will involve endings a’plenty for our characters, in some form or another and whether they like it or not. Check out these exclusive preview pages that DC Comics/Vertigo was kind enough to share! 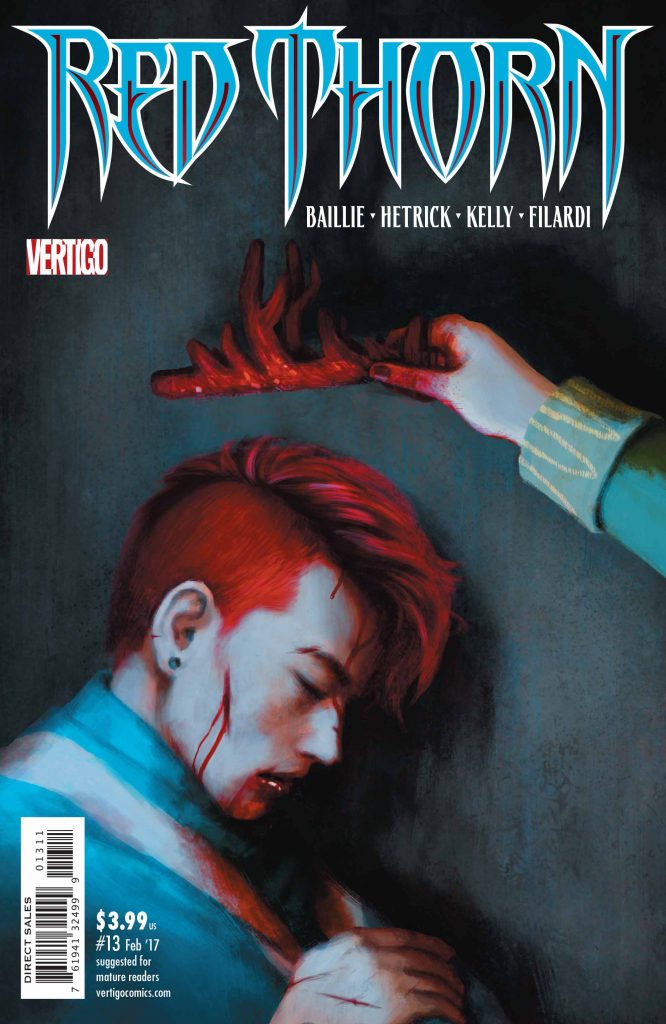 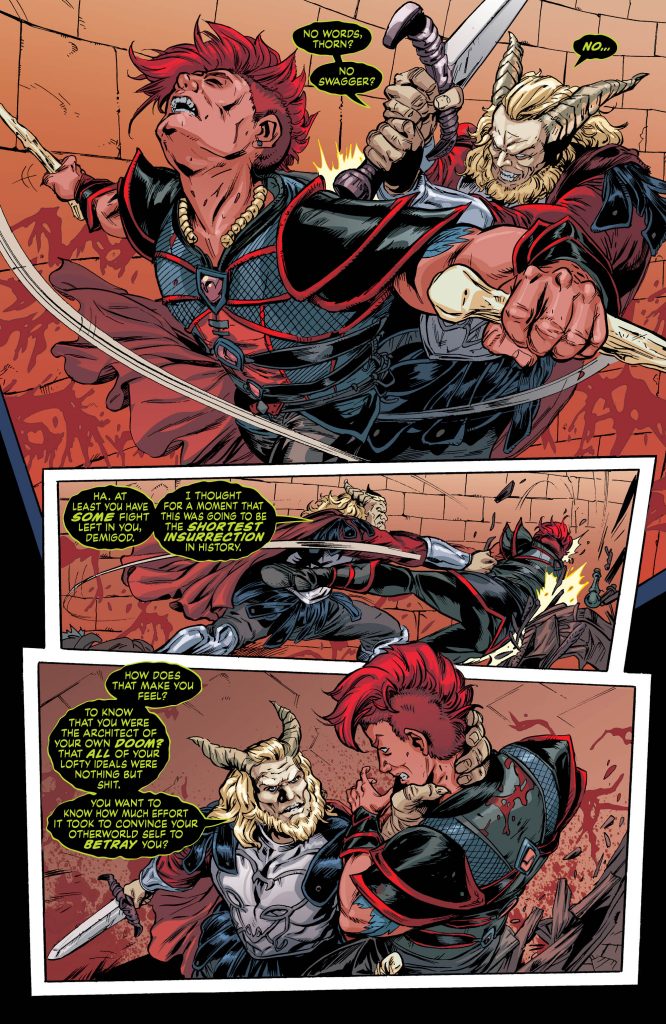 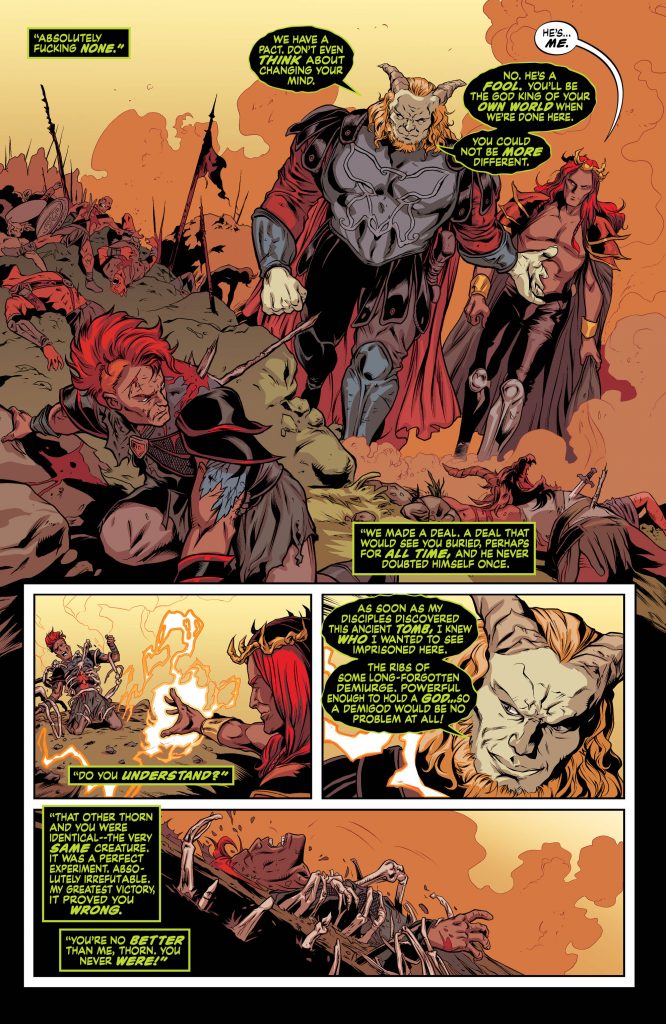 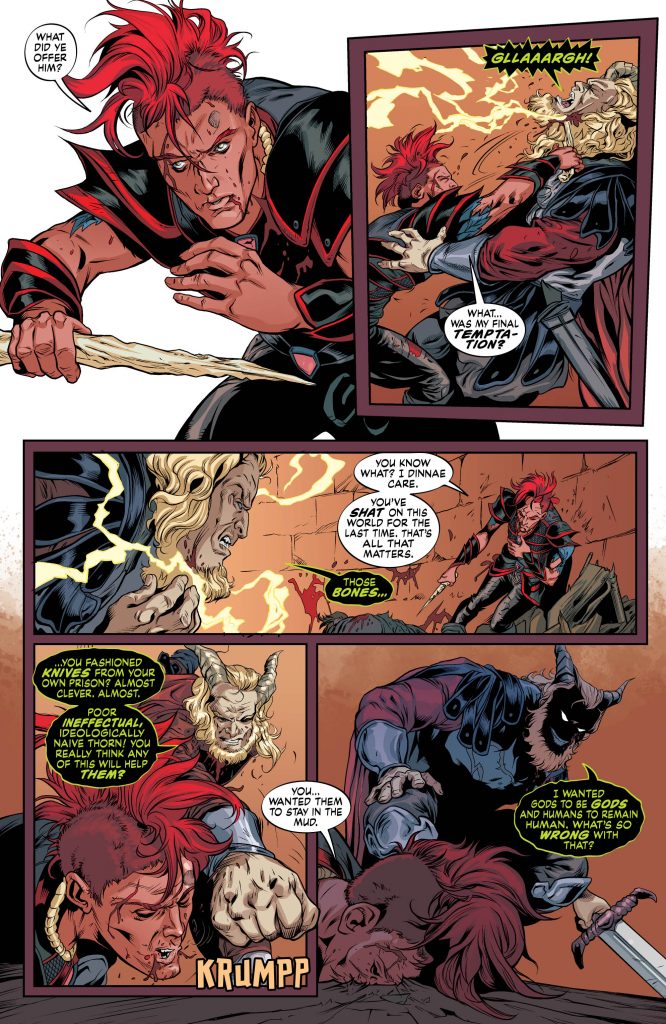 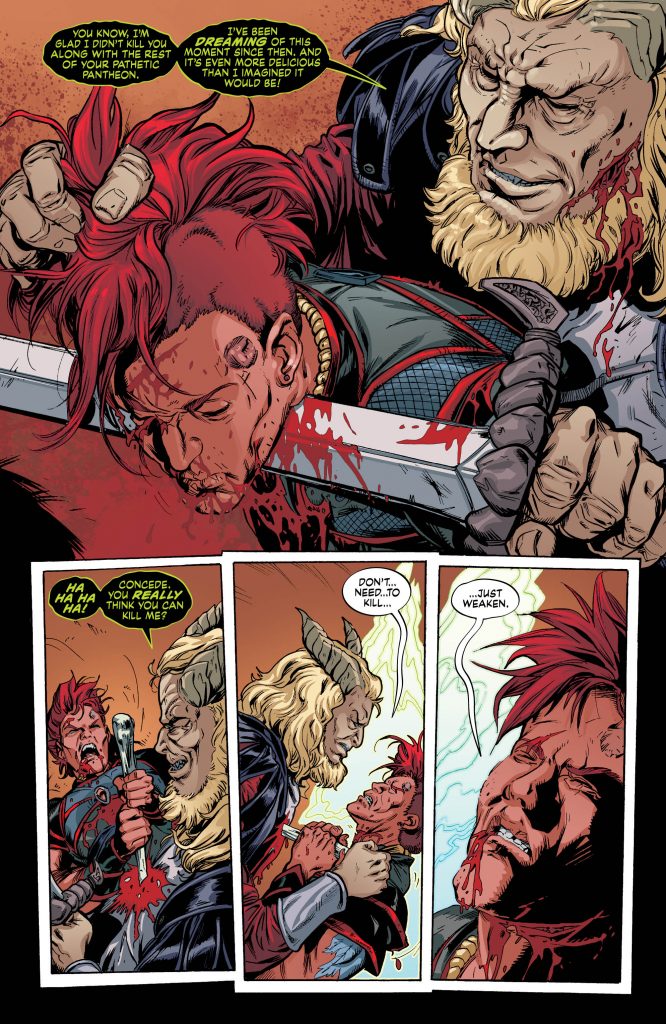 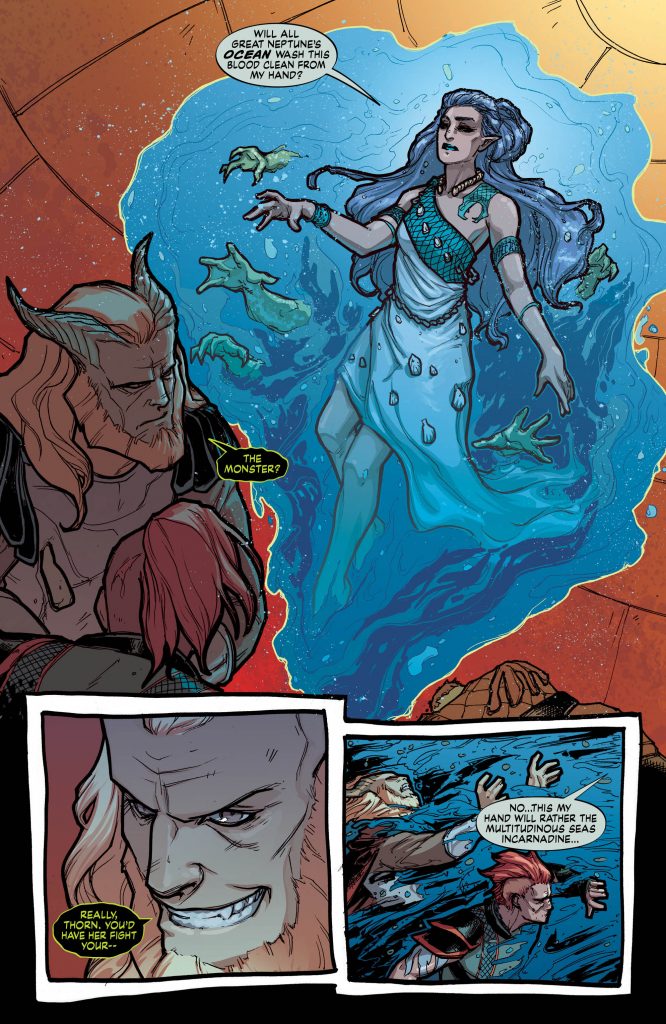 Red Thorn has been one of Vertigo’s consistent storytelling powerhouses since the imprint began its line-wide launch of new titles last year. It’s no wonder, as Baillie and Hetrick have given us an arcane tale unlike anything currently on newsstands. We’ll be looking forward to what’s next for the creative team and for Red Thorn‘s characters–if they survive this issue, that is.

Red Thorn #13, written by David Baillie with Meghan Hetrick on art, is on sale this Wednesday from DC Comics/Vertigo.

Cadros and Thorn face each other for the last time, as Isla’s new powers grow explosively and Tarek is forced to make the most important decision of his life. Join us as our story of Pagan Gods, Demigods and Red Caps comes to a close. Who lives, who dies and…will our world survive?