When it was announced that writer Kieron Gillen and artist Salvador Larroca were going to be taking over Marvel’s Star Wars title, fans of what Marvel had been building with its various Star Wars books breathed a sigh of relief. After all, Gillen and Larroca had just finished up a 25-issue run on Marvel’s Darth Vader that added nuance and depth to the character in a way that stood shoulder-to-shoulder with some of the best stories ever written about the Dark Lord of the Sith across all media.

That relieved sigh has been more than justified, first in Gillen and Larroca’s debut story focused on Jedha (the planet first seen in Rogue One) and now with the current arc centering on Han, Leia, and Luke attempting to free the Mon Cala. Check out this exclusive preview of Star Wars #48 by Gillen, Larroca, letterer Clayton Cowles, and colorist Guru-eFx for a taste of the brilliant story pacing and characterization the whole team brings to the table. 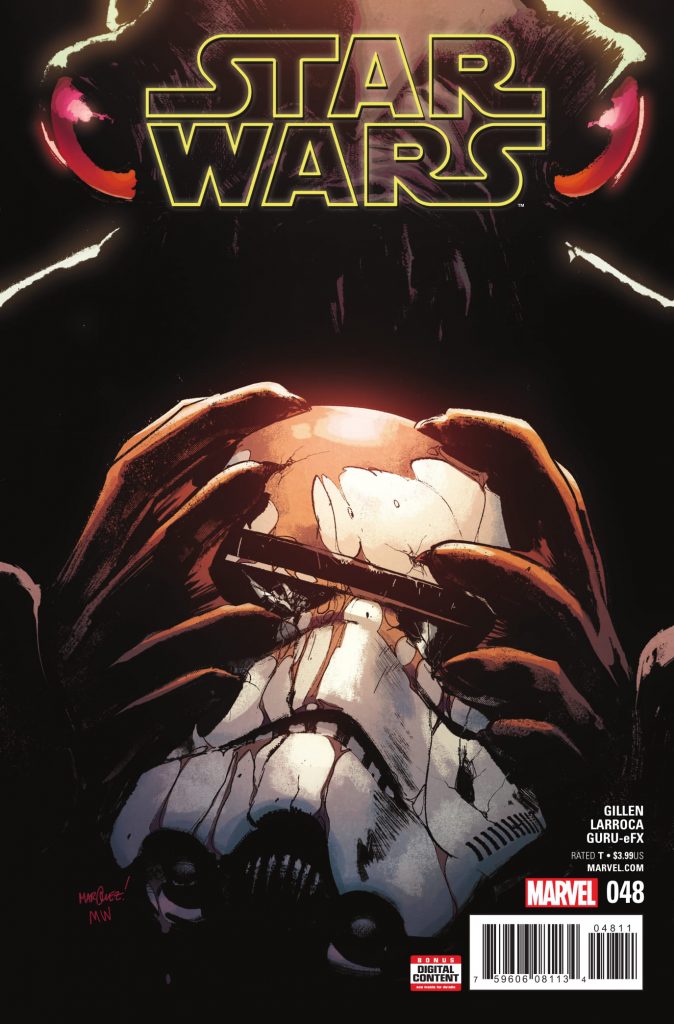 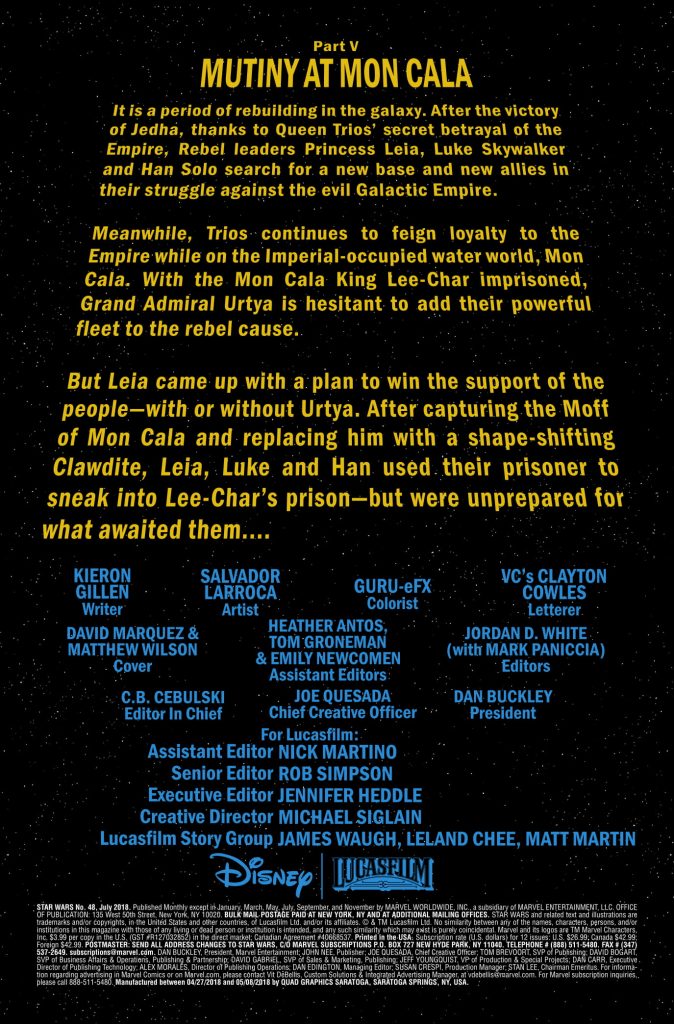 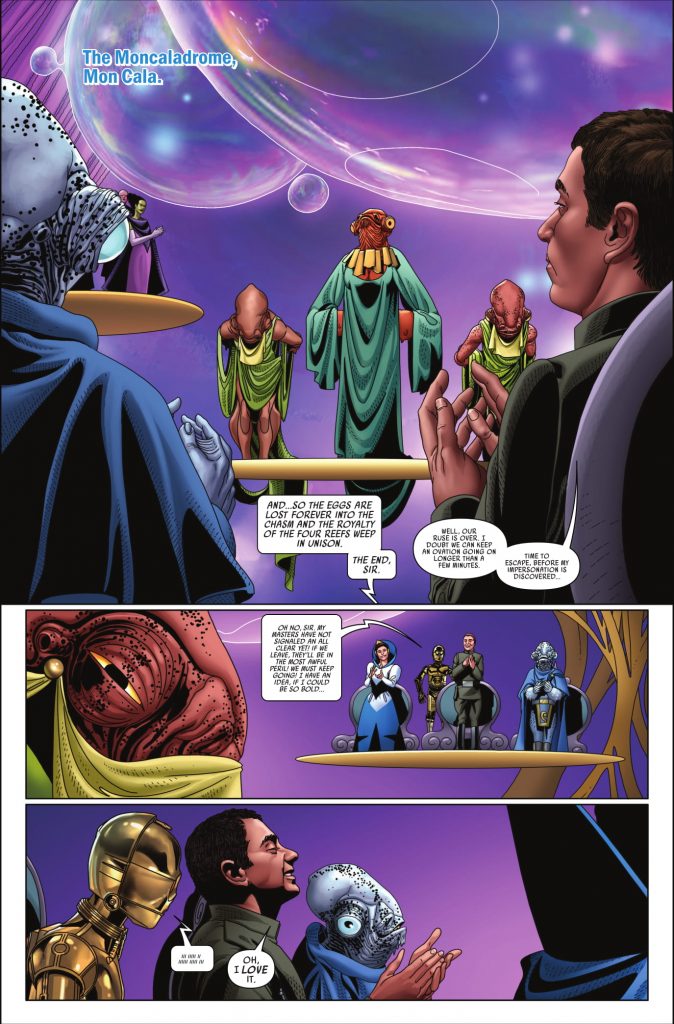 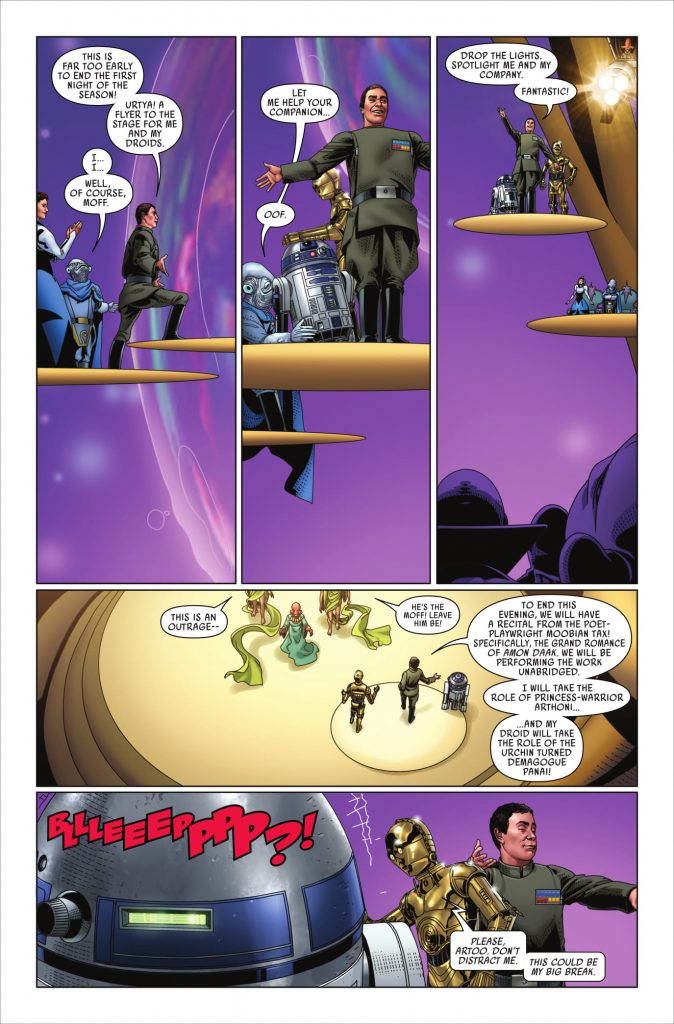 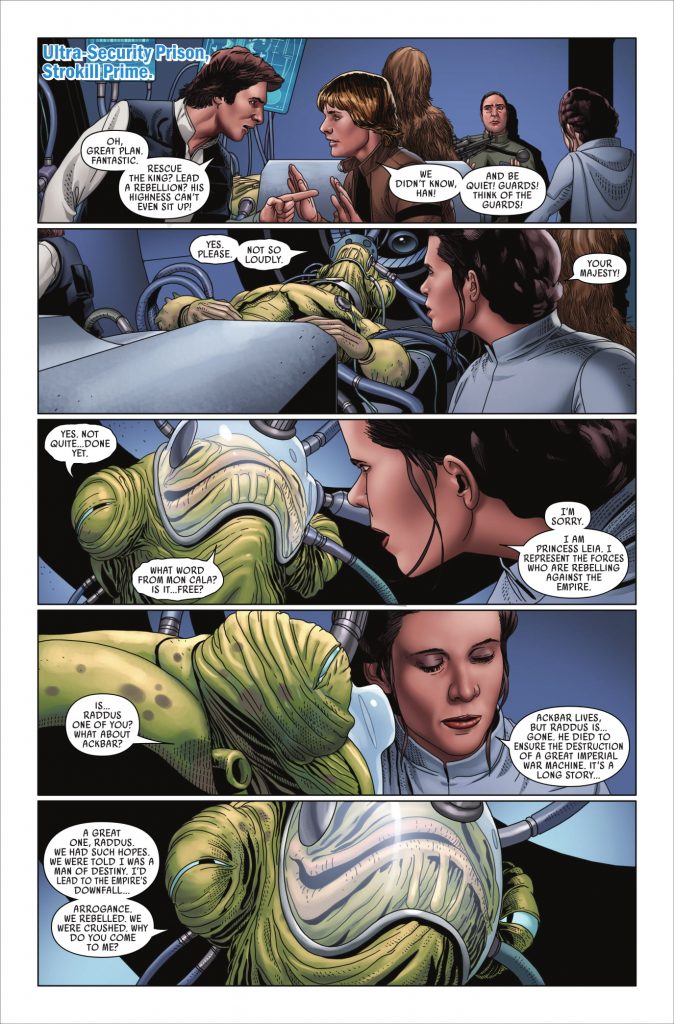 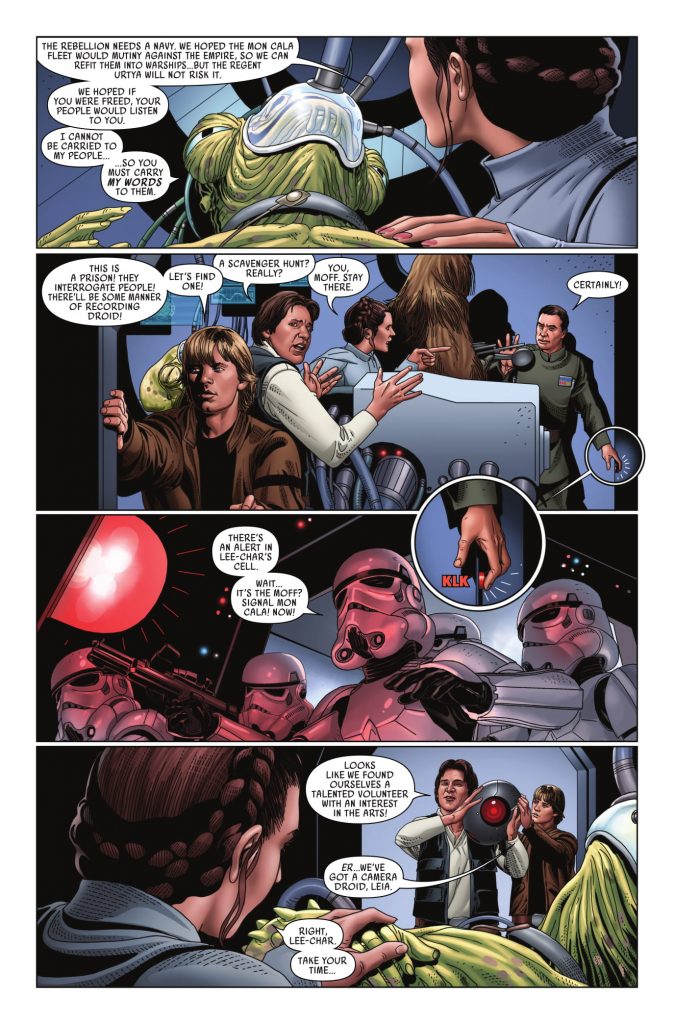 Star Wars #48 hits newsstands this Wednesday, May 23, from Marvel Comics.

Han, Luke and Leia continue to fight to liberate Mon Cala while Threepio must keep up his vital mission…of hobnobbing at the opera?!