Writer Christos Gage has an amazing—daresay superior (sorry not sorry)—ability to craft Otto Octavius-as-hero in a way that makes you cheer on the former villain and Doctor Octopus, despite his laundry list of flaws. And that inclination is amped up by a factor of 10 in our EXCLUSIVE preview of Superior Spider-Man #2, on sale Wednesday, January 23rd, from Marvel Comics. Gage, artist Mike Hawthorne, and the entire creative team are spinning a yarn worthy of Peter Parker’s own tales as a wall-crawling superhero: pitting Otto against the cosmically-powered Terrax! 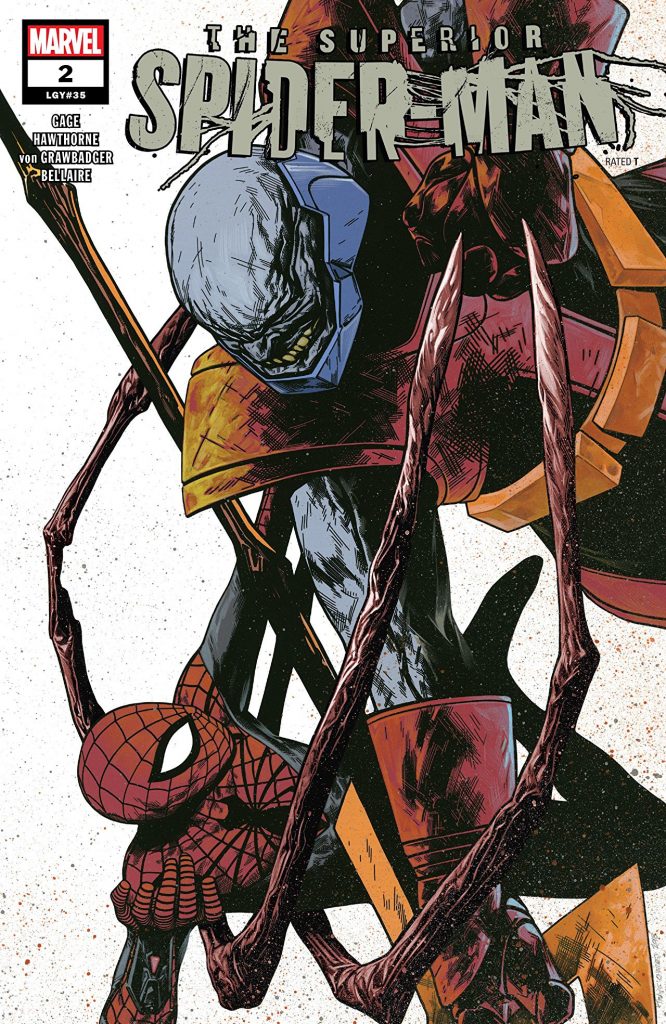 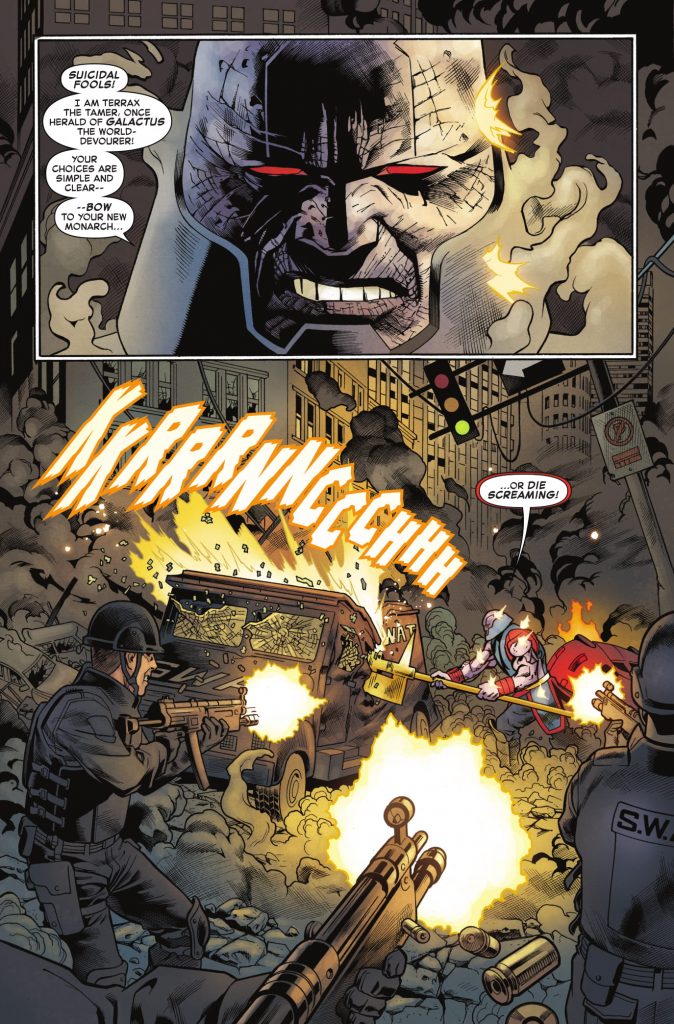 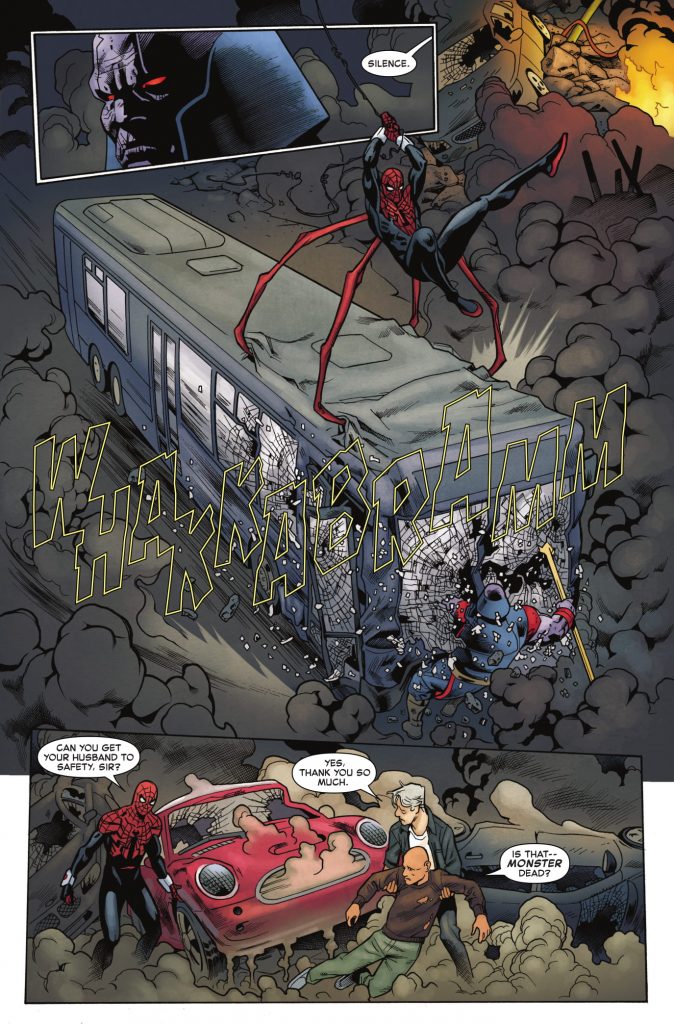 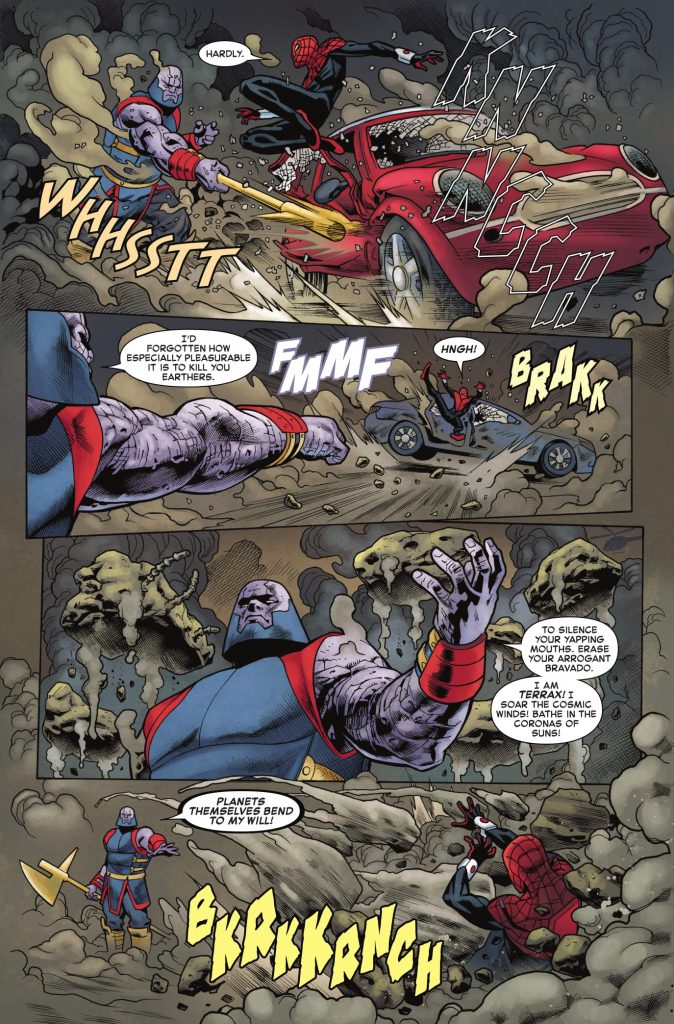 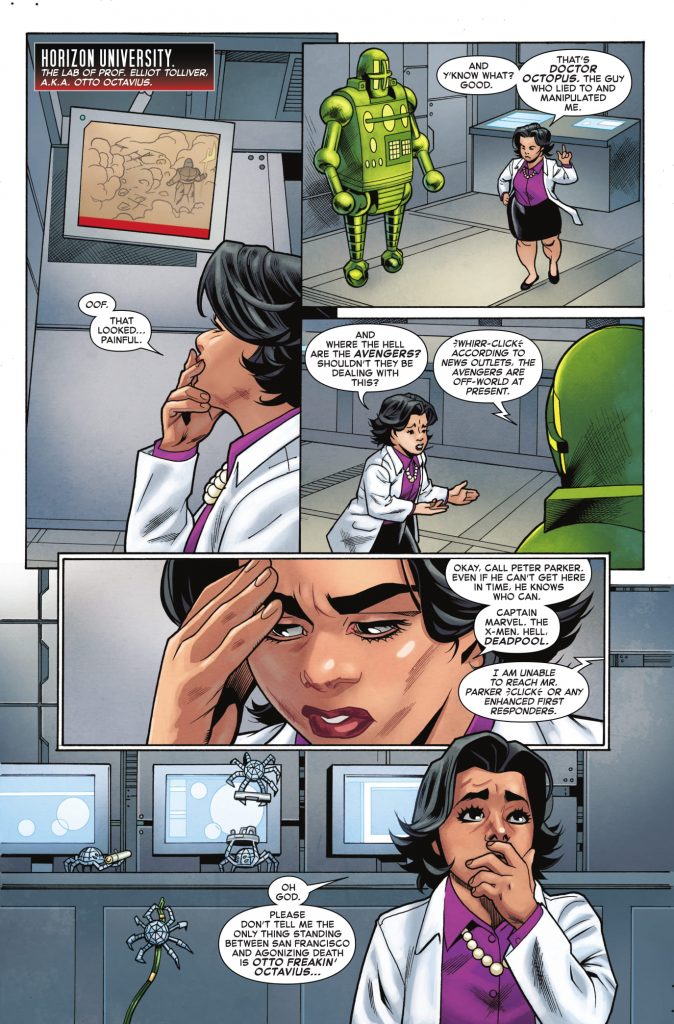 TERRAX HAS LANDED IN SAN FRANCISCO! This cosmic-level foe outpowers Otto Octavius, the Superior Spider-Man, by a factor of ten. Terrax may have no problem defeating a Spider-level hero, but he’s never faced a hero who uses Otto’s SUPERIOR tactics.