Secret Empire saw Natasha Romanov, the Black Widow, killed by Captain America—who, at the time, was Supreme Leader of the terrorist organization known as Hydra—while attempting to prevent Miles Morales from murdering Cap. However, come on, this is the Black Widow we’re talking about here. You’re not going to keep a former Russian spy-turned-Avenger and SHIELD agent down that easily, something that Hawkeye and Bucky Barnes—both former paramours of the Widow—discovered in last month’s issue of Tales of Suspense.  While investigating the murders of Natasha’s former enemies, the duo discover her alive and well, thanks in large part to machinations and safeguards put in place by the Red Room that trained her.

Tales of Suspense has more than lived up to its name in the current “Red Ledger” story arc, with writer Matthew Rosenberg, artist Travel Foreman, colorist Rachelle Rosenberg, and letterer Clay Cowles have shown consistently since the series picked up with issue #100. (The original series ended with issue #99 in 1968.) Pairing up the stoic Bucky with the smartass Clint Barton was an inspired choice on Rosenberg’s part, both because they make for a great comedy team in how they play off one another and because they have emotional stakes invested in Natasha.

In our exclusive preview of Tales of Suspense #104, the conclusion of “Red Ledger,” we see that banter and concern intensified, with the two discussing why Natasha may have tried to kill them last issue. Oh, and there are mutants and bears, which only makes things better. 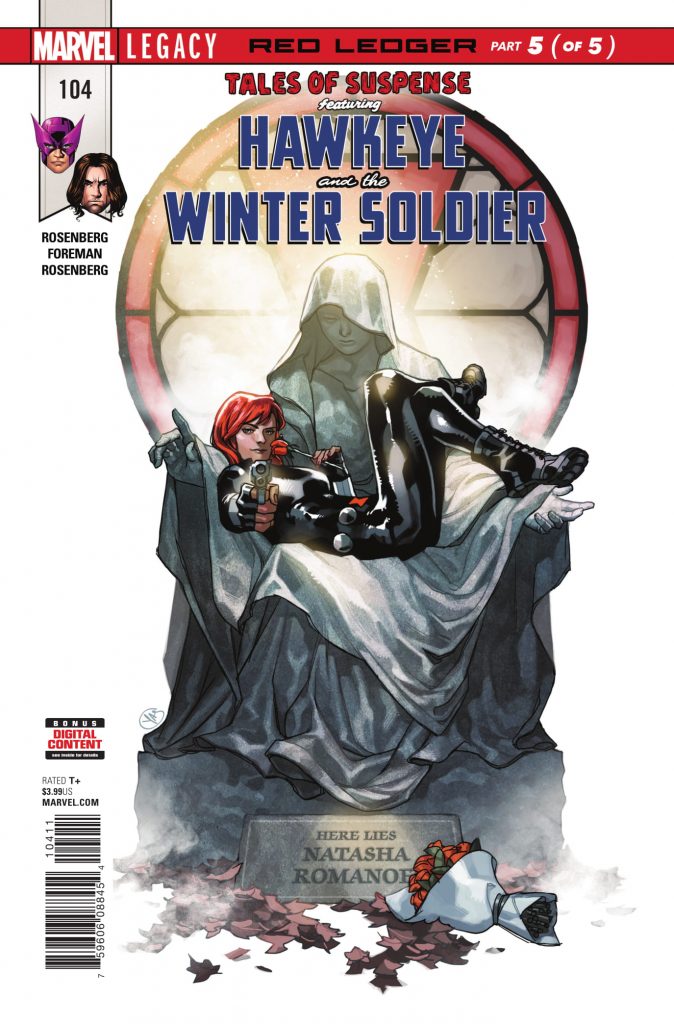 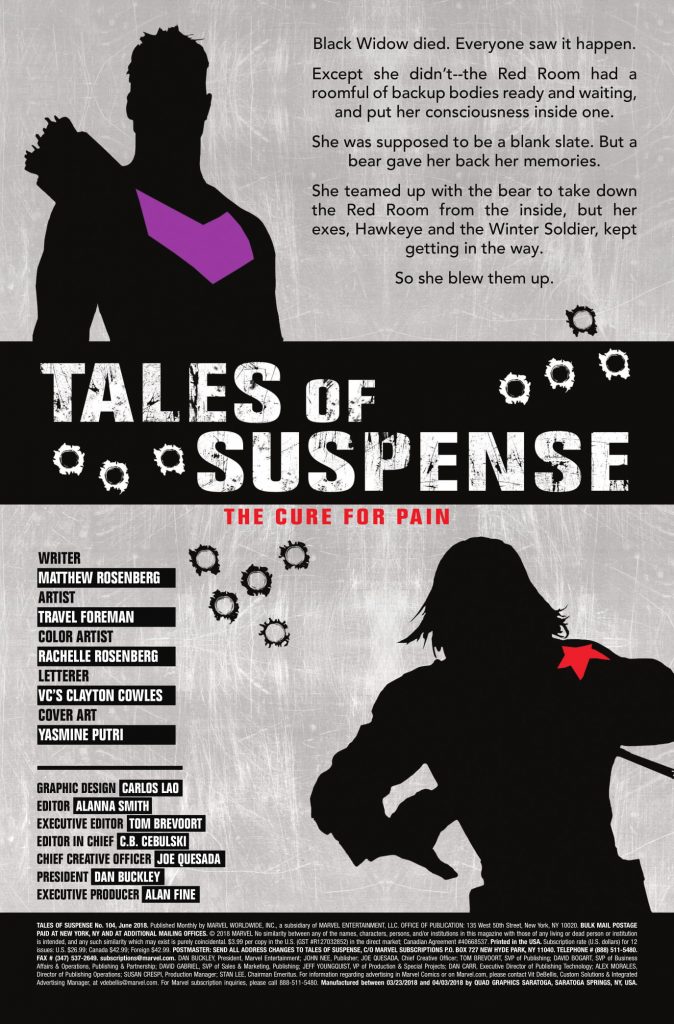 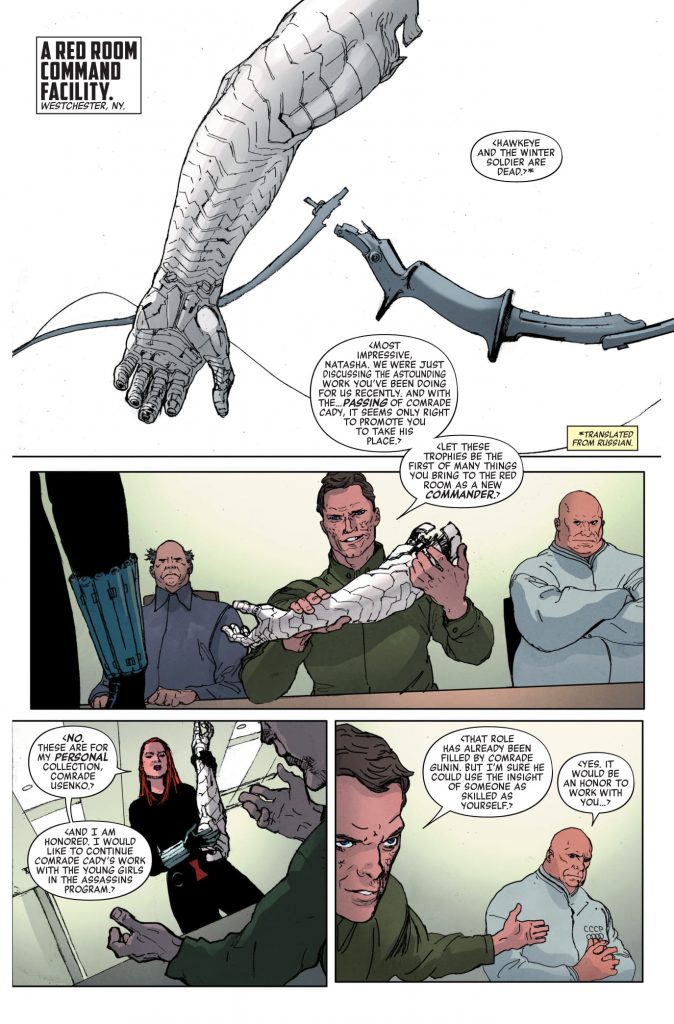 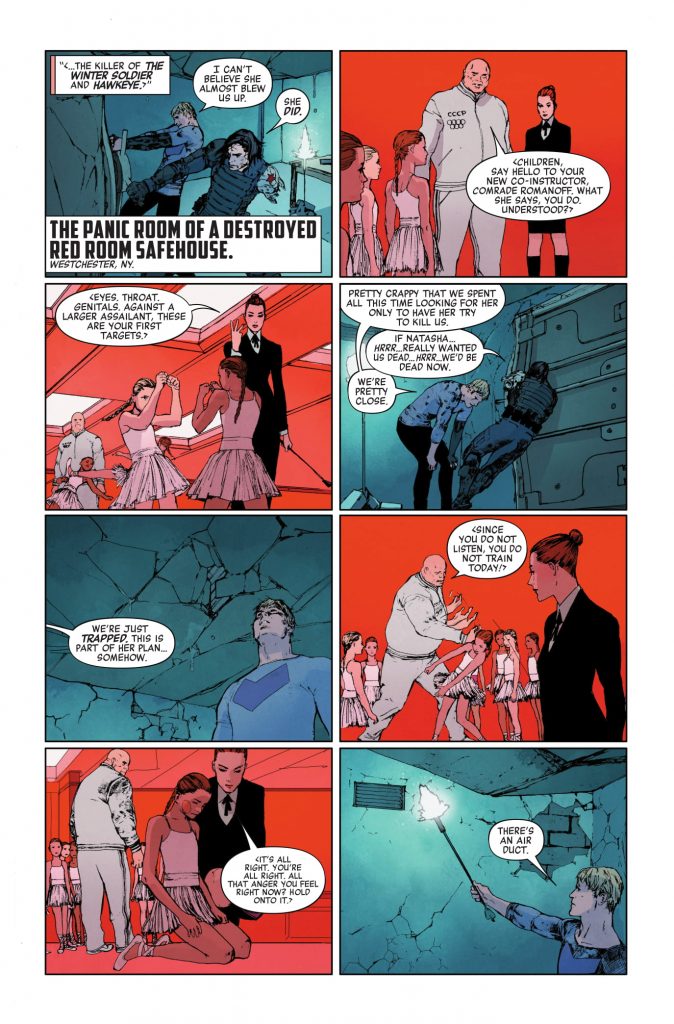 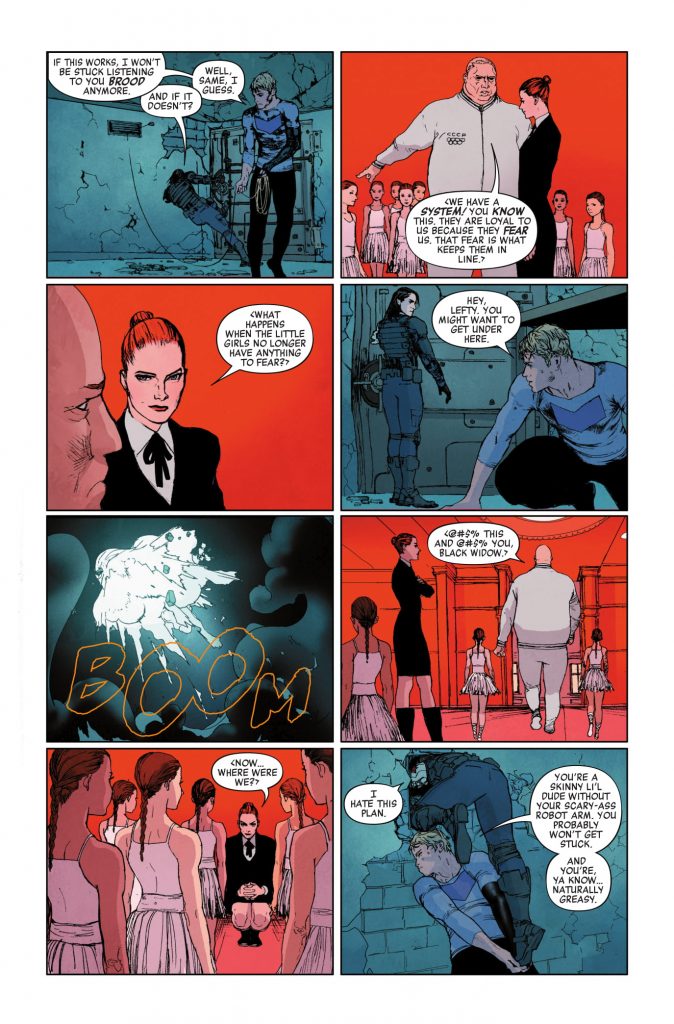 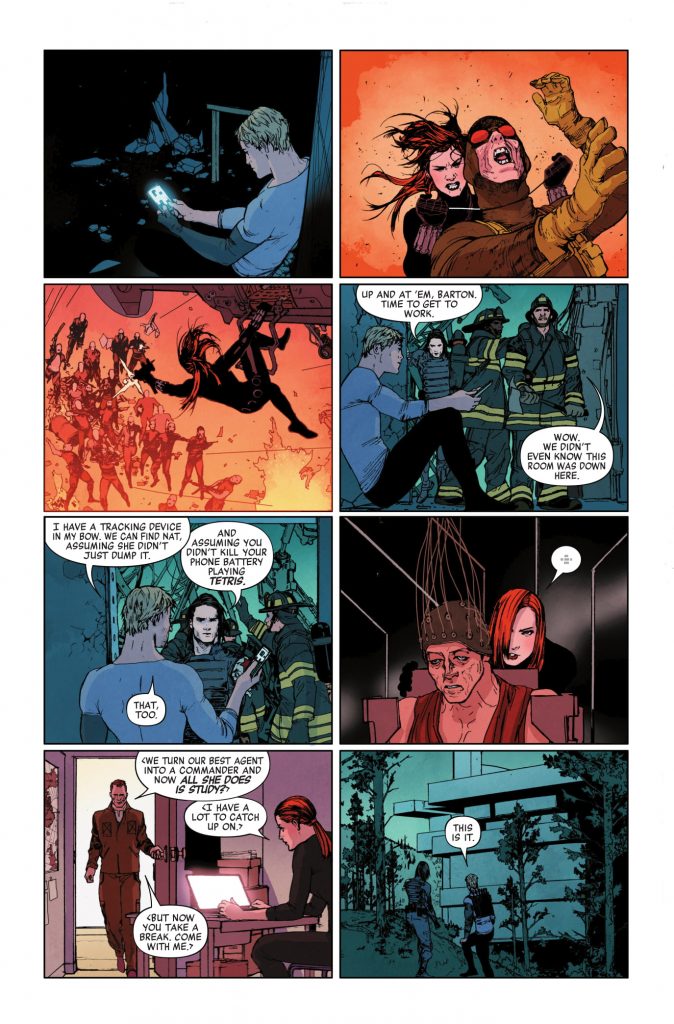 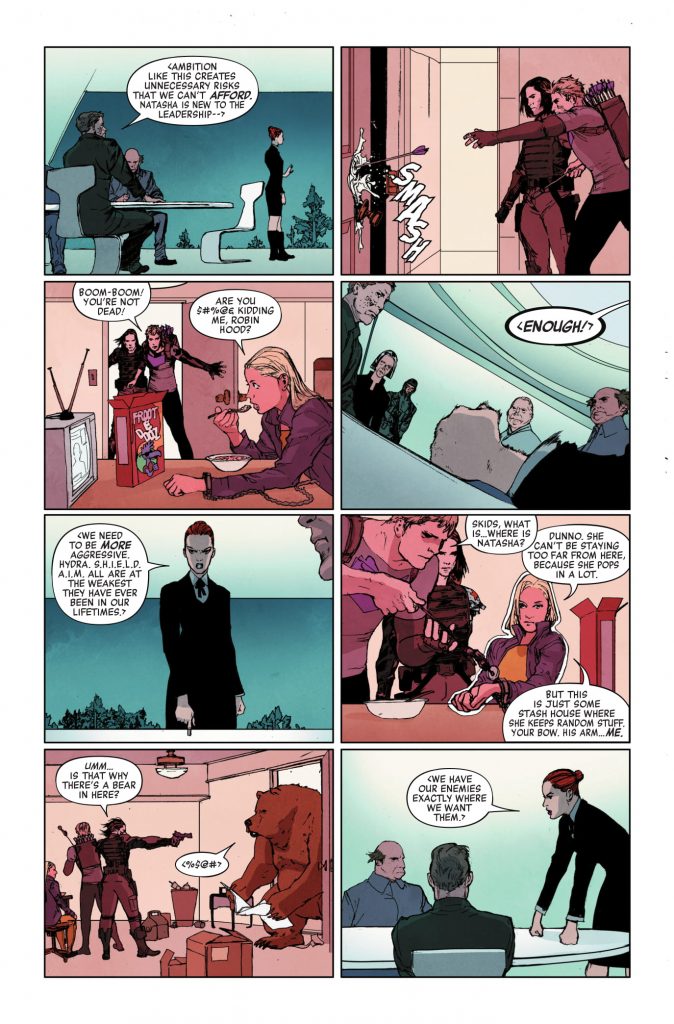 Tales of Suspense #104, the finale of “Red Ledger,” goes on sale on Wednesday, April 18th, from Marvel Comics.

It ends here, one way or another. BUCKY and HAWKEYE are closing in on the new Red Room. But what happens when they finally find the BLACK WIDOW? Will she stand with them and turn on the people who made her? Or are some bonds too strong to break? The tragic tale of an Archer, an Assassin, a Widow and a woman caught between two worlds concludes here!