This Wednesday, July 26th, The Flash #27, written by Joshua Williamson with Paul Pelletier and Howard Porter on art, hits newsstands, the final part of “Running Scared”! The Flash has had to contend with the threat of Reverse-Flash time and time again, and Barry Allen’s patience has run out. Check out these preview pages that DC was kind enough to share! 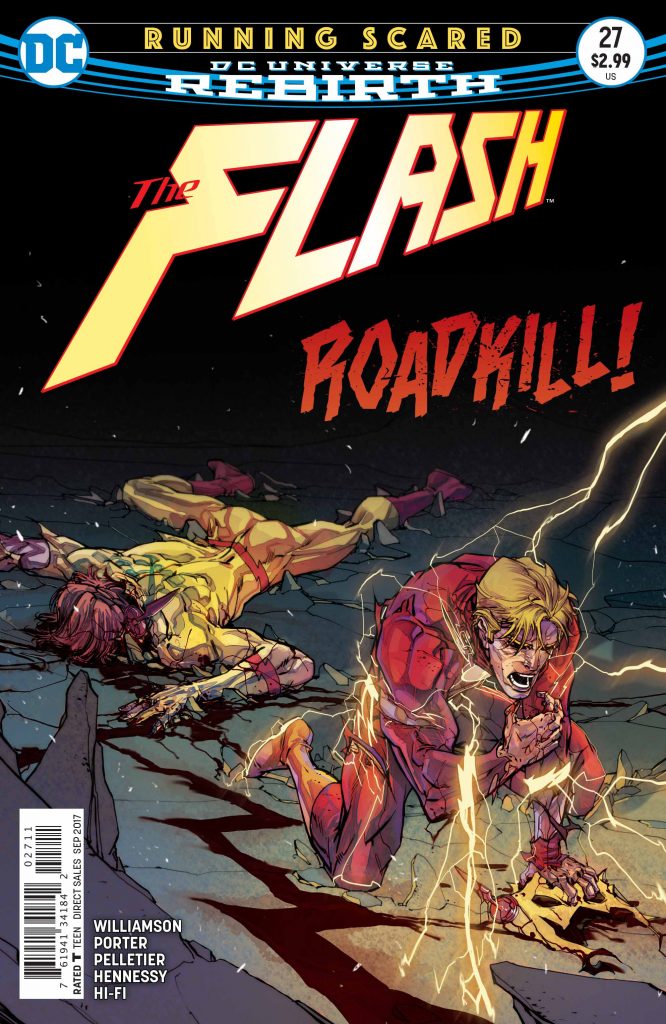 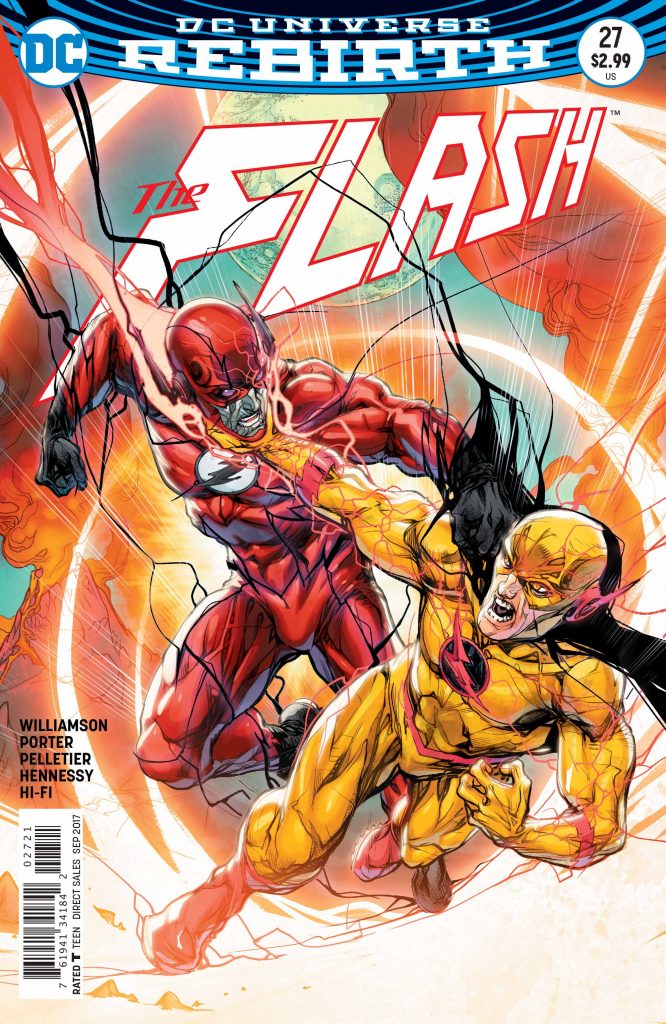 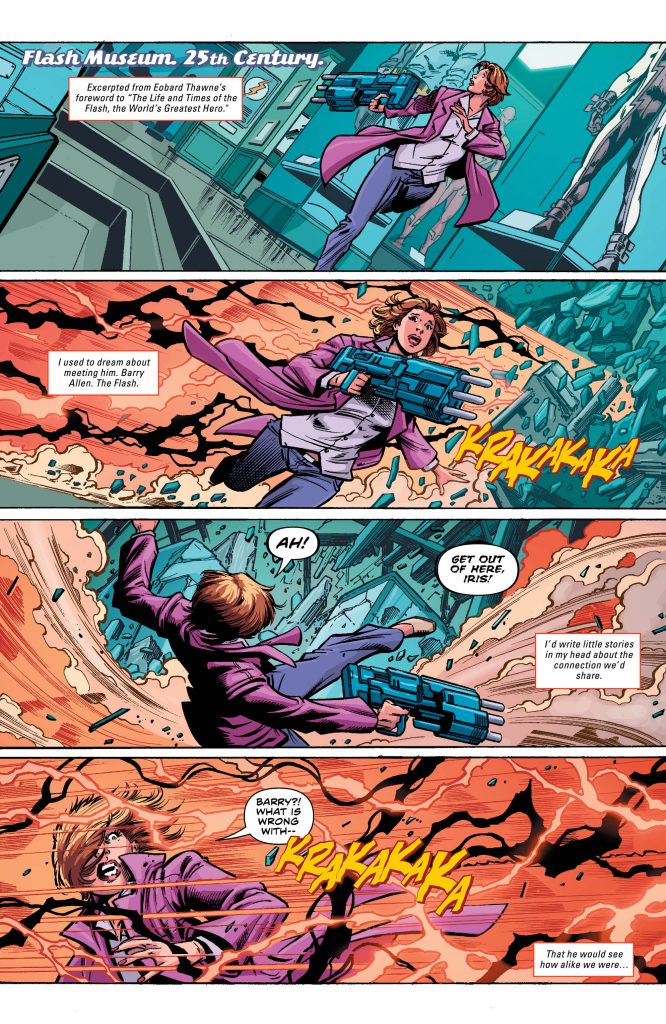 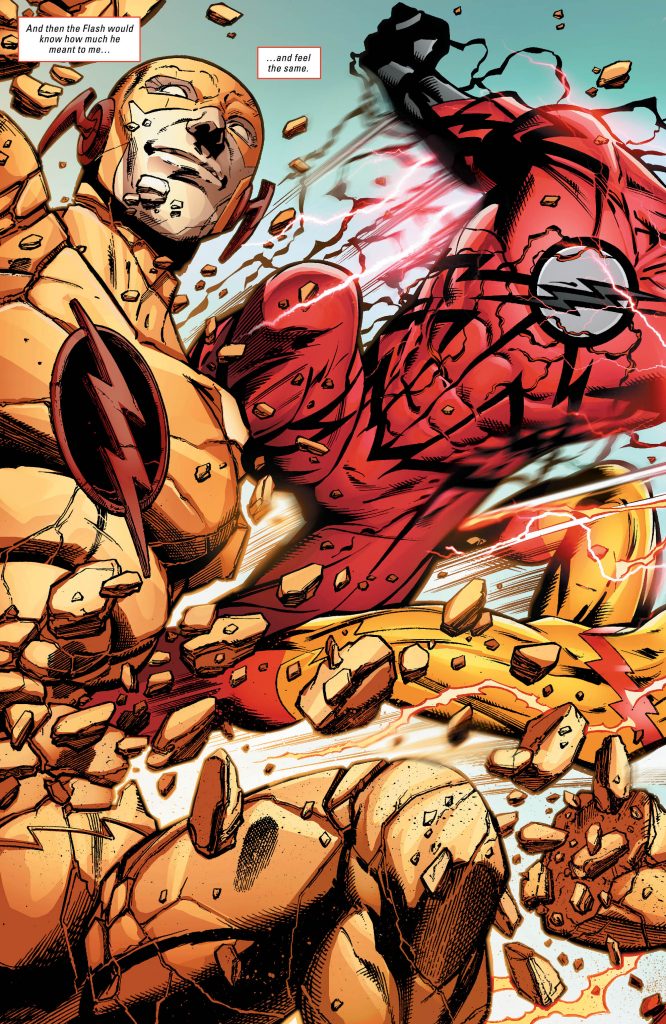 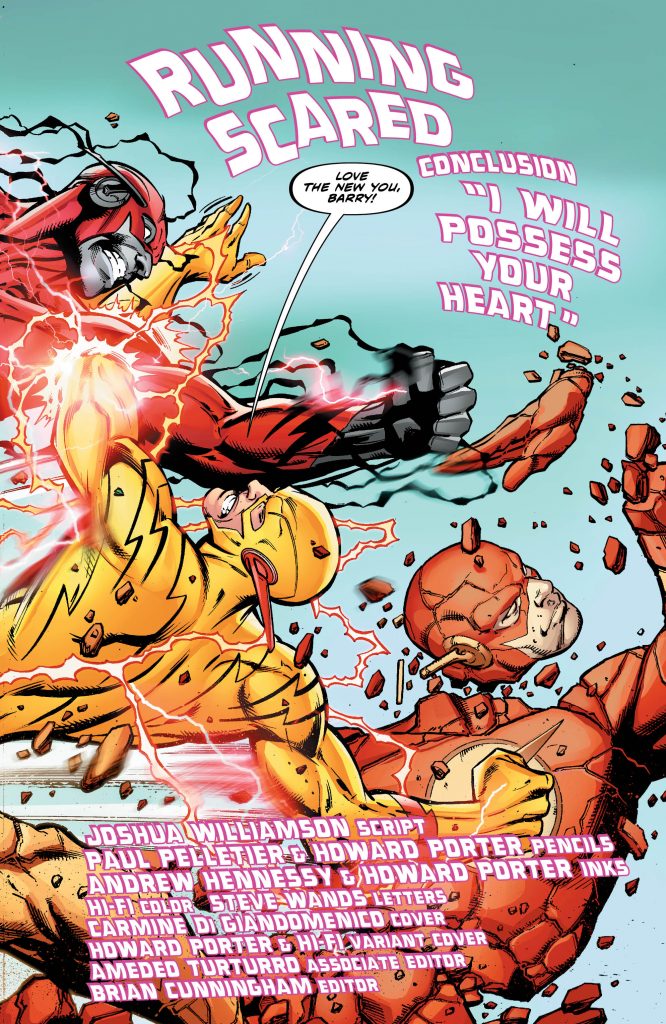 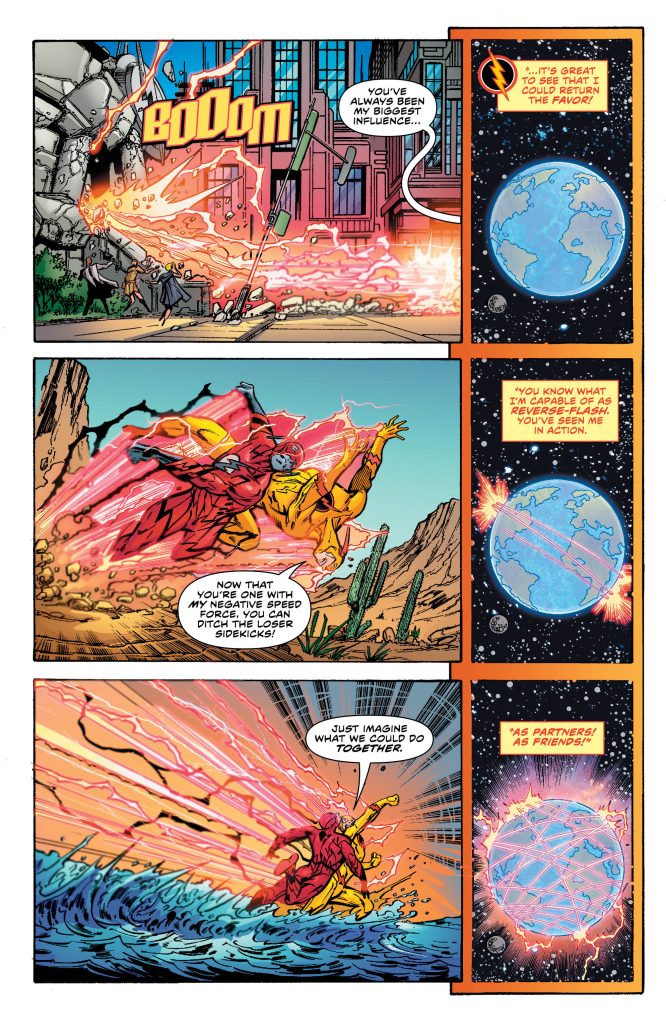 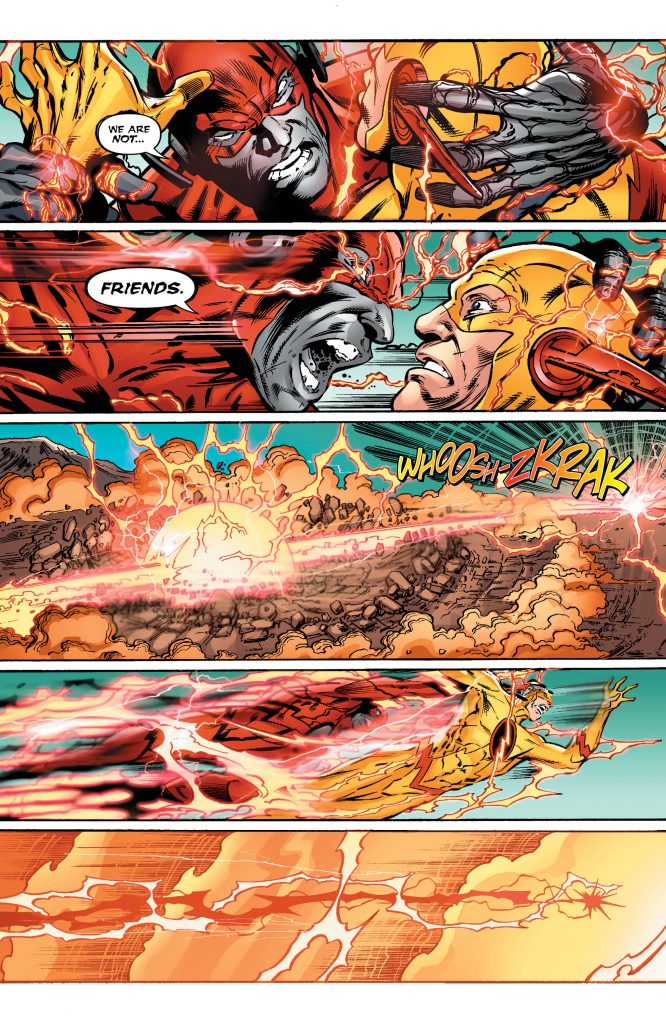 Despite its capacity for destruction, Barry is always careful to use his speed in such a way that minimizes carnage and mayhem. However, Williamson, Pelletier, and Porter create a scene in these preview pages that’s overflowing with all of those, emphasizing just how desperate Barry’s situation is and his scrambling to defeat Reverse-Flash. It’s a side of Barry we don’t often speed and does a pitch-perfect job at emphasizing the stakes the creative team is attempting to impart. it’s nail- and cuticle-biting suspense at its finest.

The Flash#27, written by Joshua Williamson with Paul Pelletier and Howard Porter on art, is on sale Wednesday, July 26th, from DC Comics.

“RUNNING SCARED” finale! Barry Allen and Eobard Thawne. Legendary enemies separated by centuries pulled through time itself to battle again and again. Until now. For one year The Flash has been building to this single epic moment: the ultimate showdown between The Flash and Reverse-Flash!