This Wednesday, April 25th, Trinity #25, written by James Robinson with Patrick Zircher on art, hits newsstands, the finale of “Man Down,” pitting Superman, Wonder Woman, and Batman, along with Warlord, against Deimos and his machinations to destroy his enemies. It’s a race against time–which our heroes don’t have much of–to stop Deimos and save Steve Trevor and Skartaris before it’s too late.

This issue also marks the last issue of the series and Robinson, Zircher, and the entire team deserve credit for ending the book on such a high note, as this story arc has been a ton of fun. Check out these preview pages that DC was kind enough to share! 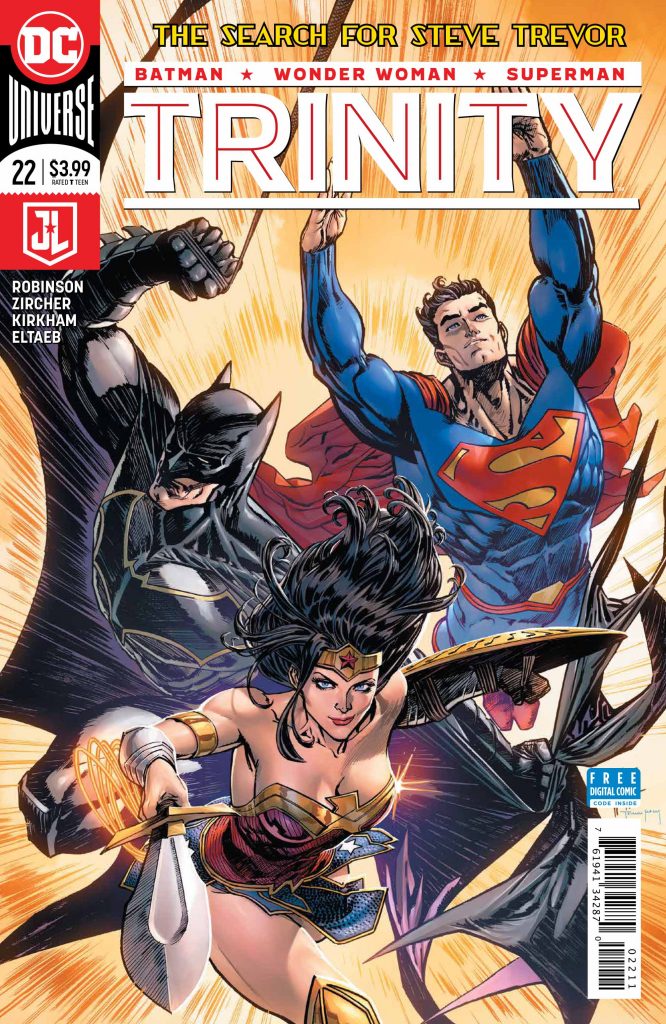 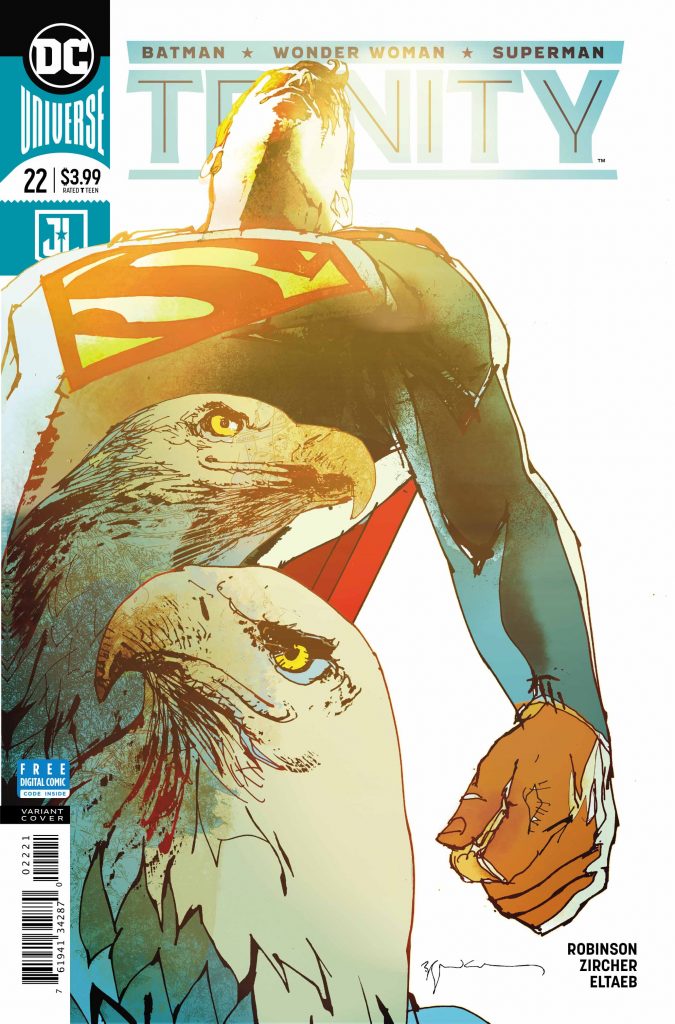 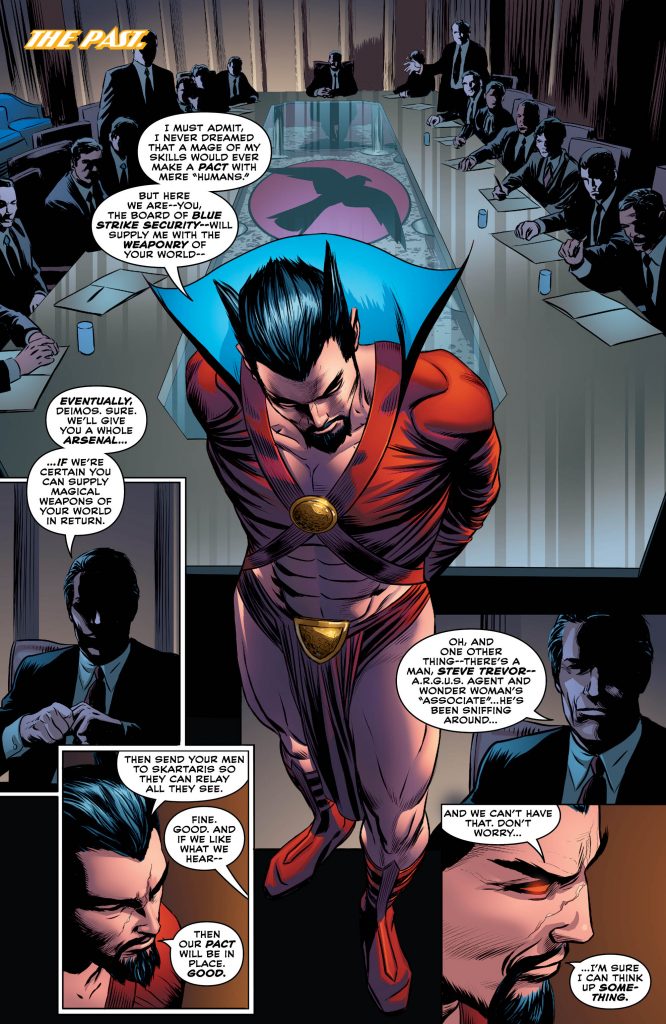 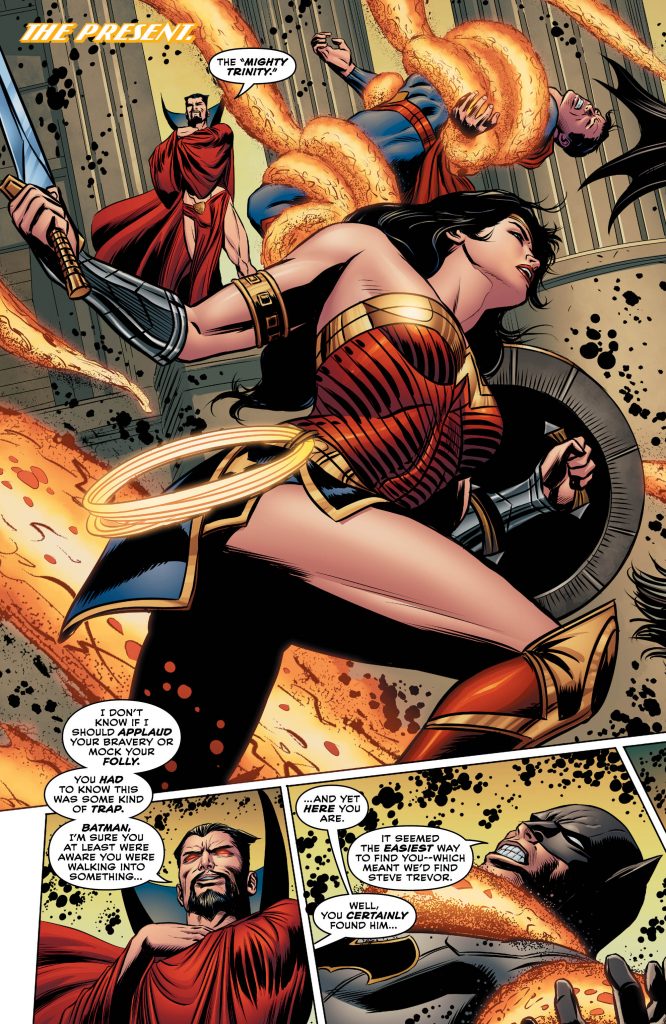 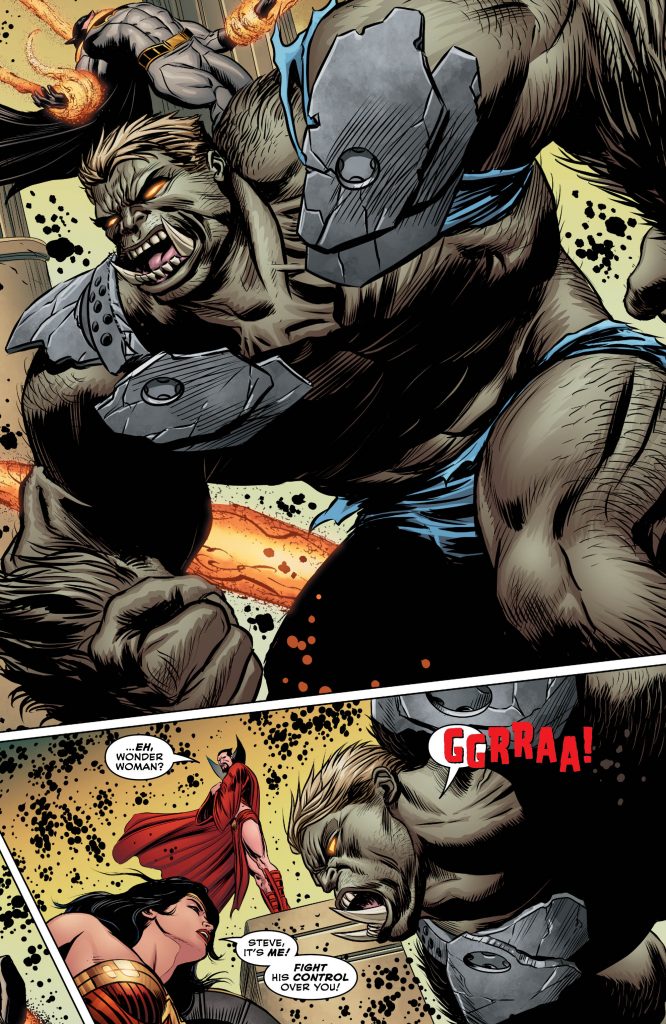 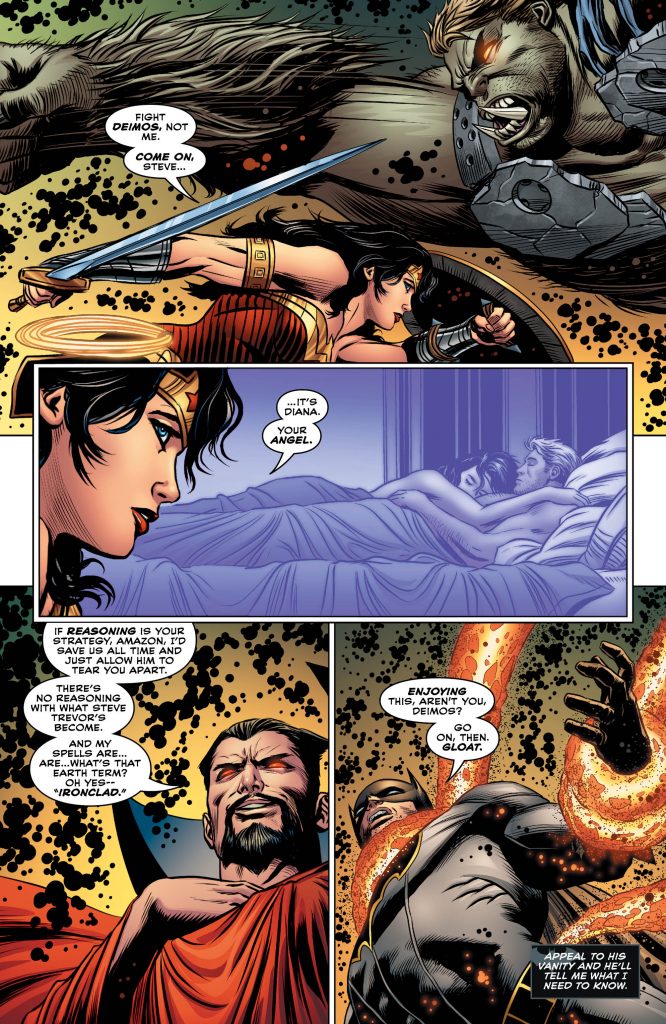 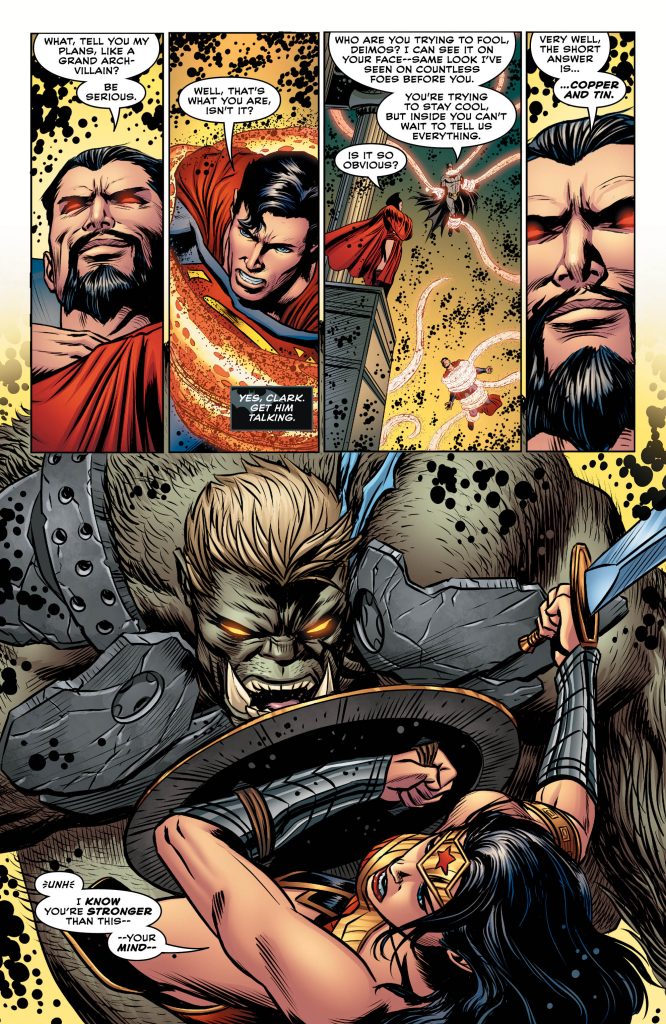 Trinity #22, the finale of “Man Down,” goes on sale Wednesday, April 25th, from DC Comics.

“MAN DOWN” finale! The Trinity and Warlord have discovered Deimos’ plan to use the Skartaran Time Weapon to reduce his enemies to dust—but time itself is not on our heroes’ side! It’s up to Superman, Wonder Woman and Batman to save Steve Trevor, defeat Deimos and seal the breach with Skartaris before the entire world is consumed by magic powerful enough to melt millennia!