Margaret Atwood—the award-winning author of The Handmaid’s Tale—made her first foray into comic book storytelling in 2016 with her and artist Johnnie Christmas’ Dark Horse Comics series Angel Catbird, touching on the types of Big Ideas she’s become known for in the literary world. This year, Atwood, along with artist Ken Steacy, paired with Dark Horse again with War Bears, a comic book tale that touches on the history of the Golden Age of Comics, themes of self-worth, World War II, and perseverance.

With issue #2 hitting stores on Wednesday, October 3rd, Dark Horse has shared with us these exclusive preview pages of the upcoming chapter! 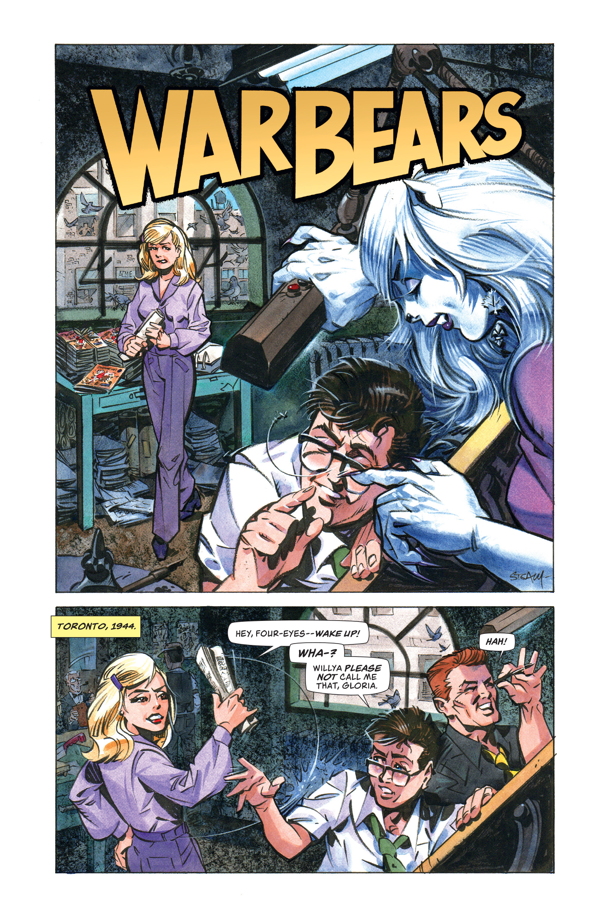 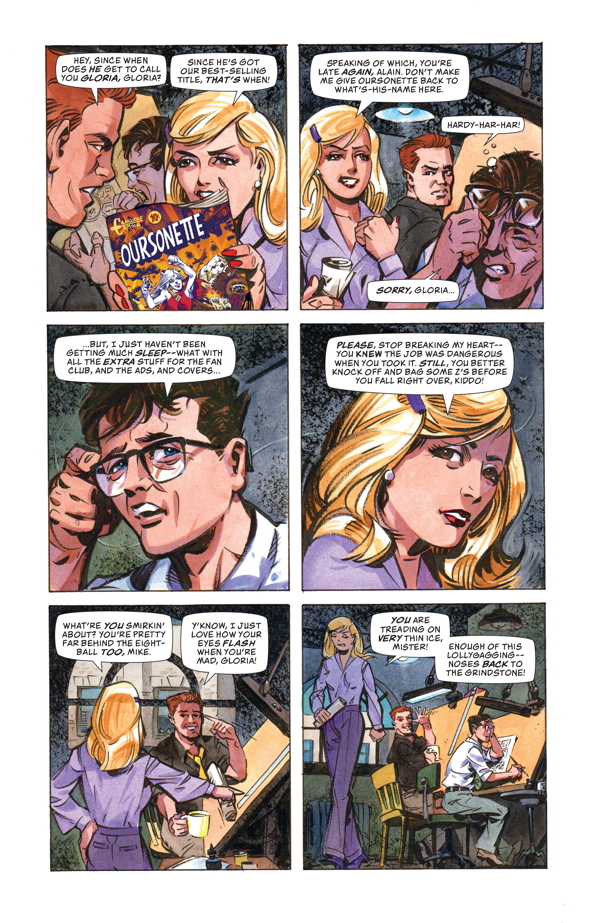 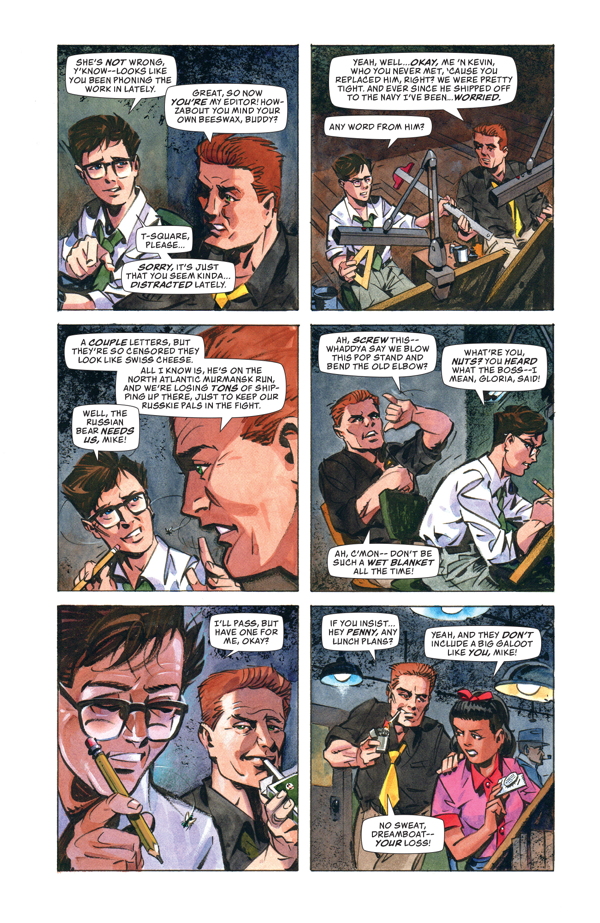 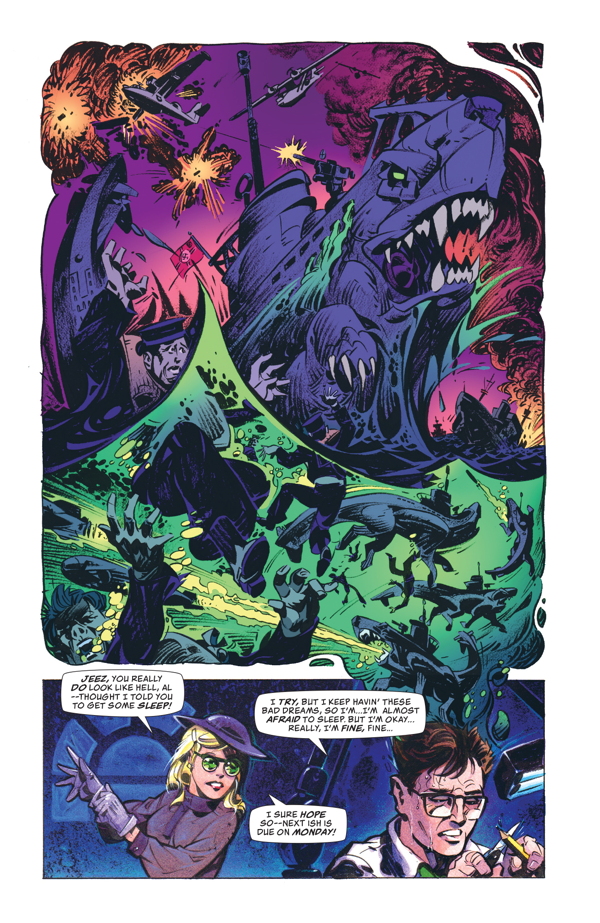 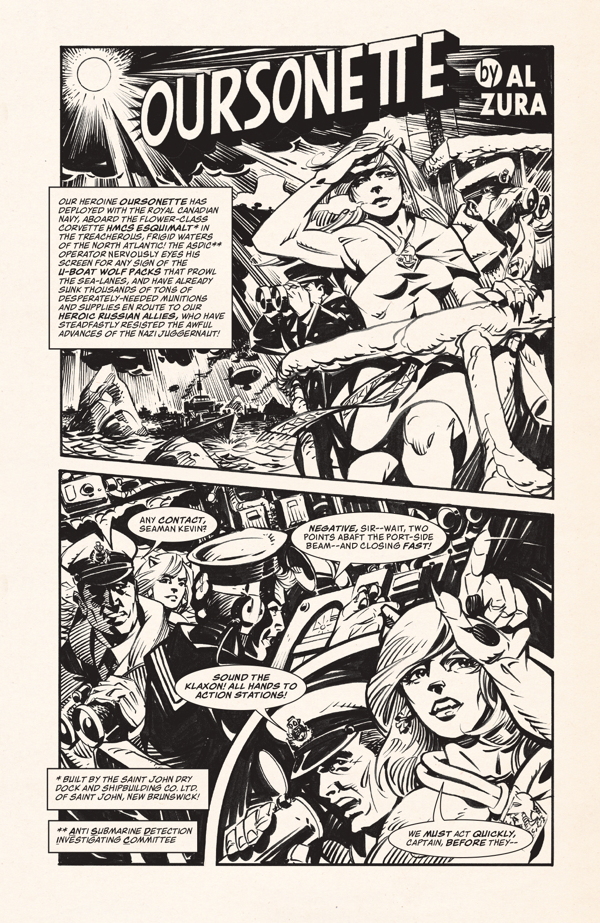 From the Booker Prize-winning author of The Handmaid’s Talecomes this historical fiction graphic novel tracing the Golden Age of comic books.

Al Zurakowski is living his dream to be a cartoonist working on his own creation, Oursonette, but the demands of his publisher starting to take a toll. Add tough news regarding his brother are fighting the war in Europe, and the weight of the world is proving difficult for Al. That said, his real-life struggles translate well to fuel his creative endeavors.