While the allegory central to the X-Men in throughout its 55-year history–anti-mutant sentiment standing in for racism, homophobia, and other forms of bigotry–has always been important, the execution of that idea in a way that balances engaging, bombastic stories with thoughtful conversations on the nature of hate has sometimes been lopsided.

With the launch of X-Men: Red just half a year ago, writer Tom Taylor and the entire creative team has managed to take that central concept that was ingrained in the premiere X-Men issue in 1963 and explored it in a way that has never felt more fresh and relevant. X-Men: Red has given us a yarn thus far that gives us big superhero action, but also taps into the nature of hate–what it does to the oppressed, the oppressor, and our collective consciousness.

That said, we are very proud to present this exclusive preview of X-Men: Red #6, which hits newsstands next Wednesday from Marvel. The issue is part 6 of the tale Taylor is crafting, focusing on, as the chapter title suggests, how we learn to hate. The linework of new series artist Carmen Carnero, who worked her magic on books such as Cyclops and The Punisher, works seamlessly in these preview pages, letting the characters emote broadly and subtly as needed. Carnero has a keen grasp on space as well, knowing when to fill a page and when to let the plot and moments breathe properly. And judging by her past work, she’s going to bring the bigger-than-life X-spectacle when it’s time to show those cards as well. Rain Beredo’s colors marry beautifully to Carnero’s art, whether using her palette to brighten the skies of Wakanda or darken Cassandra Nova’s lab. And while Cory Petit is always a consummate professional, his lettering choices in that first page are unnervingly effective. 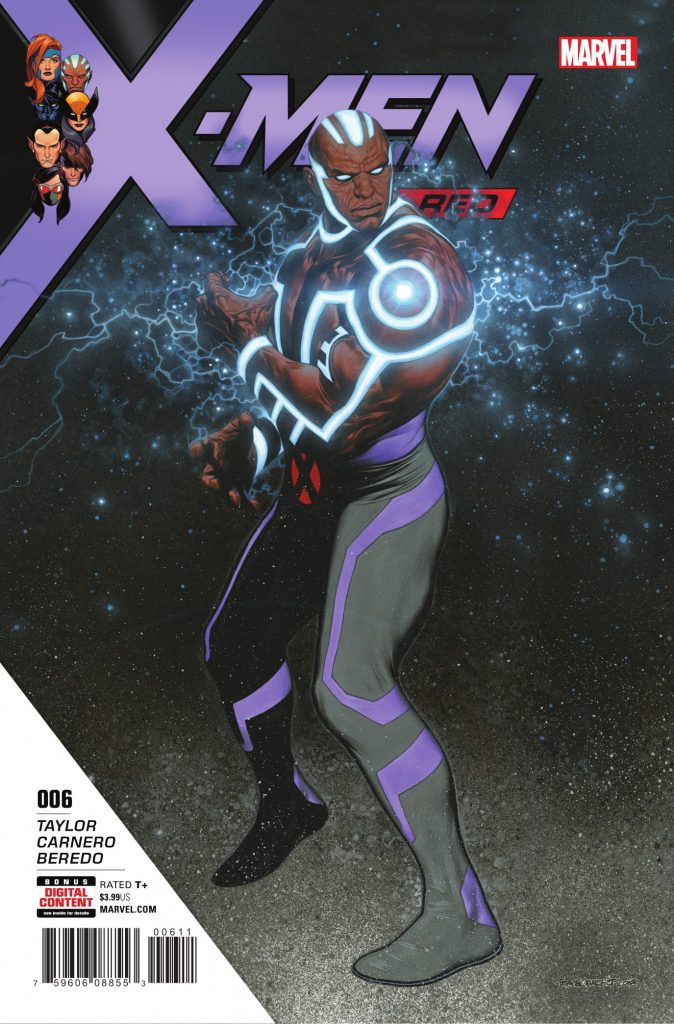 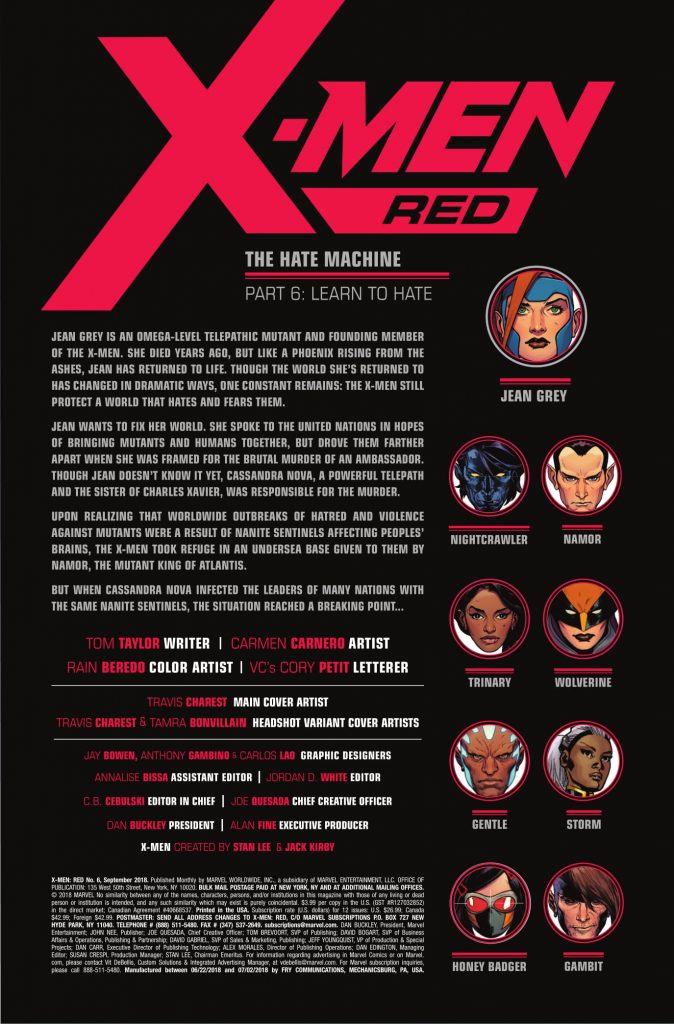 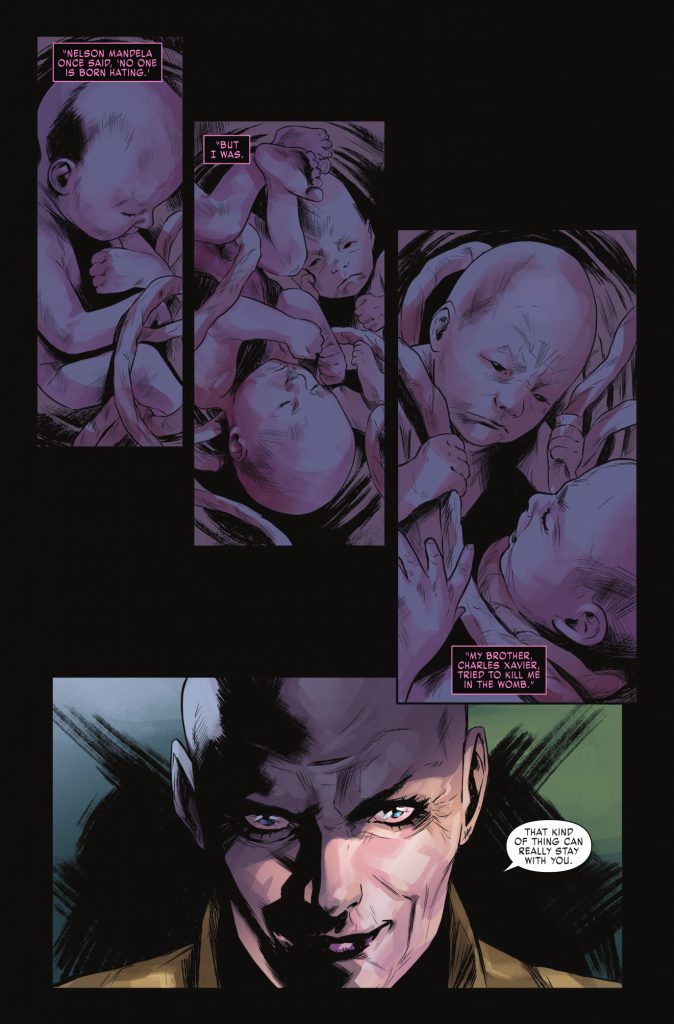 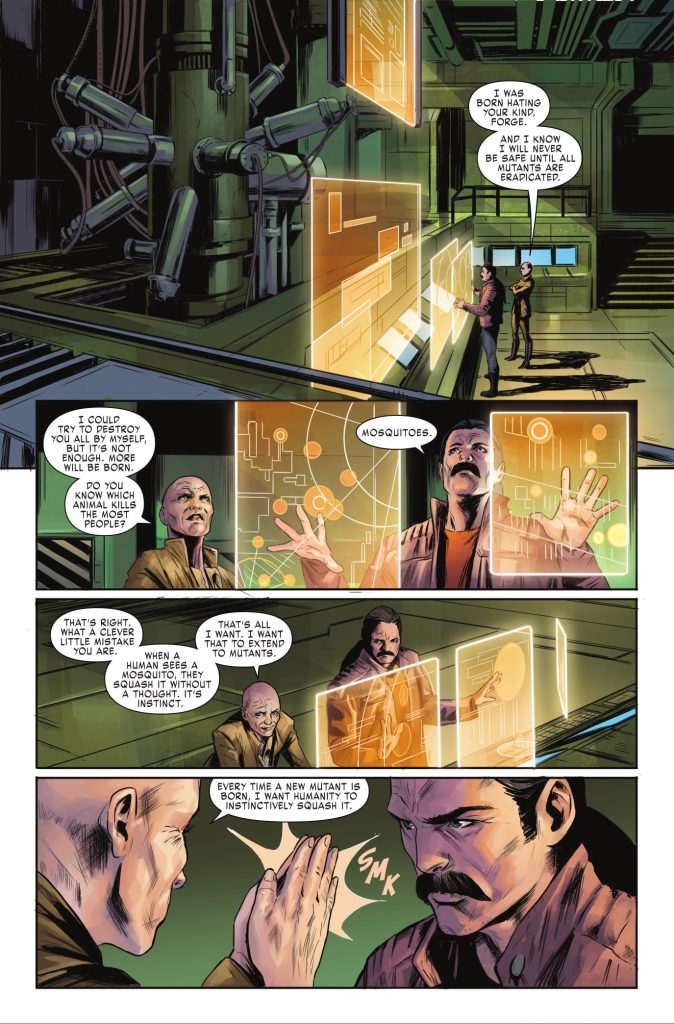 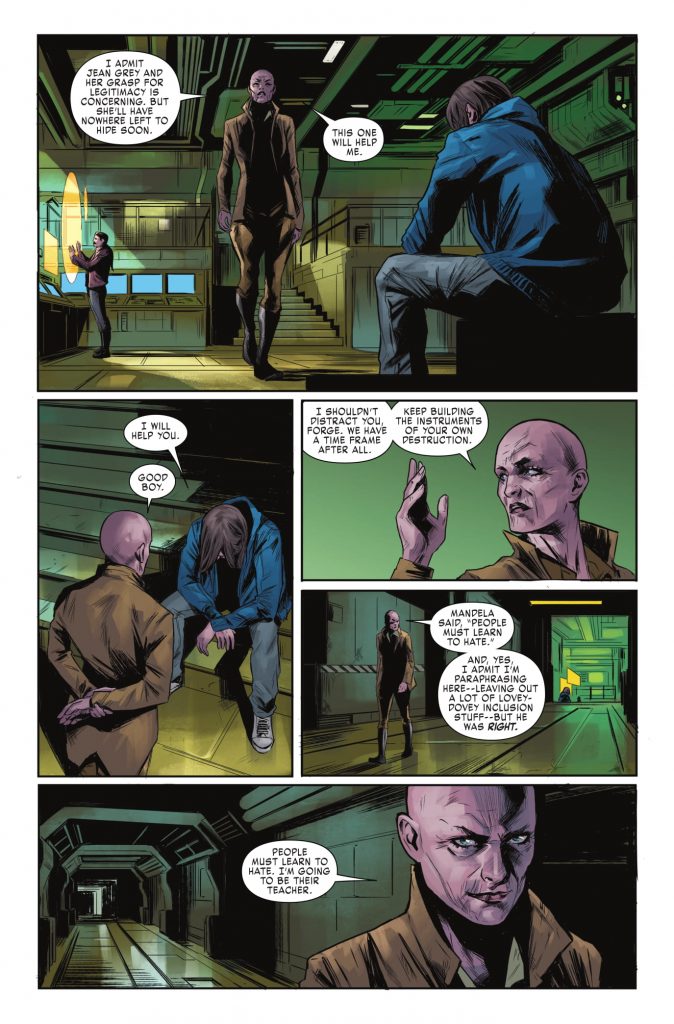 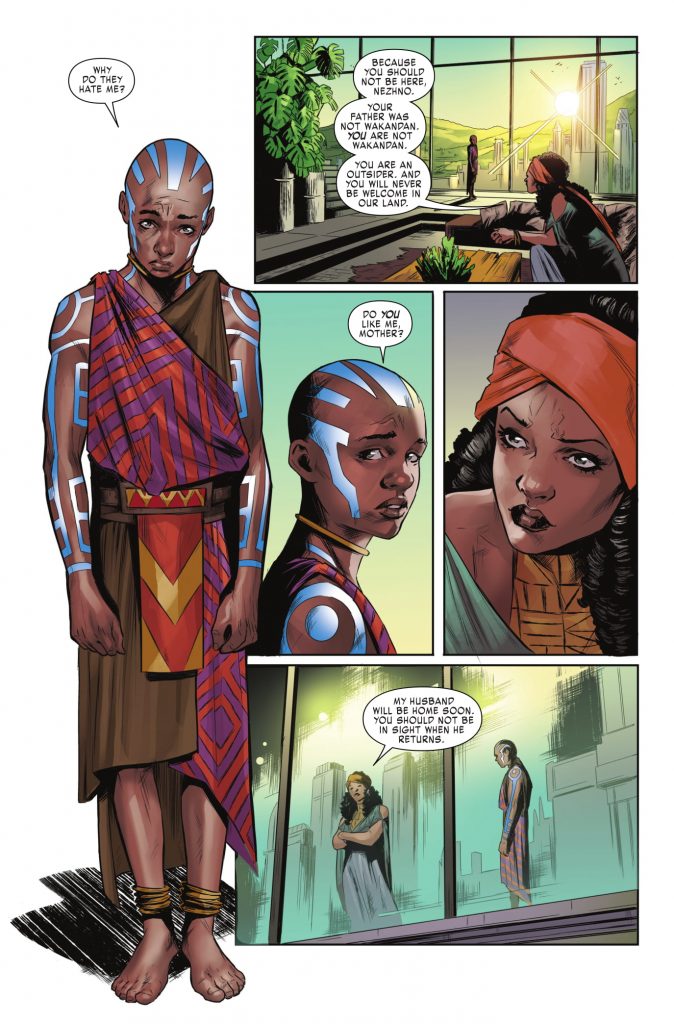 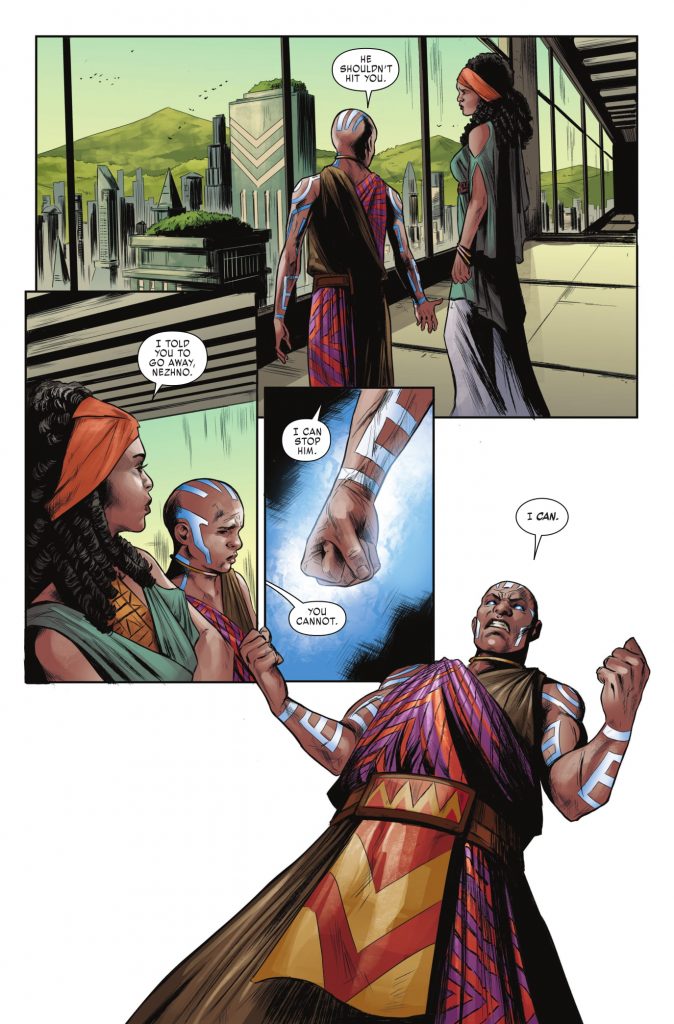 From deep beneath the ocean, Jean Grey’s X-Men watch as waves of anti-mutant hatred wash over the world! Can the X-Men quell the tide? Or will they be swept away in its wake?