Post-apocalyptic films, when done right, are always crowd pleasers, possibly connected to our attraction to the End of All Things. There’s a reason that the Book of Revelation in the Christian Bible gets dog-eared so often. Whether religiously slanted or not, the apocalypse draws our attention, something Netflix is banking on. 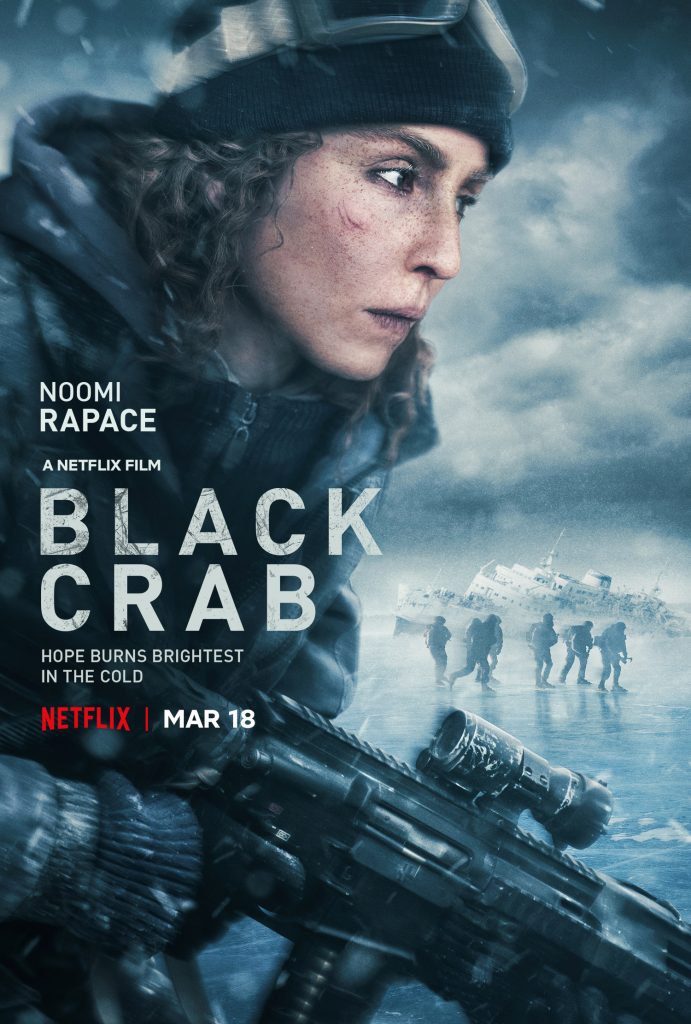 This Friday, March 18th, actor Noomi Rapace (Prometheus, Girl with the Dragon Tattoo) headlines a new Swedish Netflix film set in a war-torn post-apocalyptic world. In Black Crab, directed by Adam Berg, Rapace leads soldiers through a harsh winter who are transporting a package to end the war. As always with these romps, their mission is harrowing, as they balance their survival and possibly saving the world at large.

As we are plagued with war and pandemics in real life, maybe there’s comfort, conscious or not, in viewing apocalyptic films as it helps us cope with our own struggles. Or maybe we just like a good action tale. Regardless, you can check out Black Crab this Friday, March 18th on Netflix.

BLACK CRAB is a Swedish action thriller set in a post-apocalyptic world torn apart by war. During a long, harsh winter, six soldiers embark on a covert mission across a frozen archipelago, risking their lives to transport a mysterious package that could end the war. As they enter hostile enemy territory, they have no idea what dangers lie ahead or who—if anyone—they can trust. But for speed skater turned soldier Caroline Edh, the mission is about something else entirely. Starring Noomi Rapace in a film directed by Adam Berg, BLACK CRAB follows six soldiers on a desperate mission to bring an end to the war which has destroyed their lives.