The final Avengers: Infinity War trailer just hit this morning, a last morsel to keep fans’ fervor somewhat abated before the film hits theaters on April 27th. While there were several “Oh my God!” moments peppered throughout the footage, one in particular paid homage to the movie’s Infinity Gauntlet Marvel comic book source material.

In the final seconds of the trailer, we see Steve Rogers attempting to hold off the raw power of Thanos during the movie’s much-teased battle royale in the Marvel Cinematic Universe’s fictional African nation of Wakanda. While the former Captain America brims with sheer willpower, even he may be no match for the Mad Titan whose sole driving goal is decimating half the universe’s population. 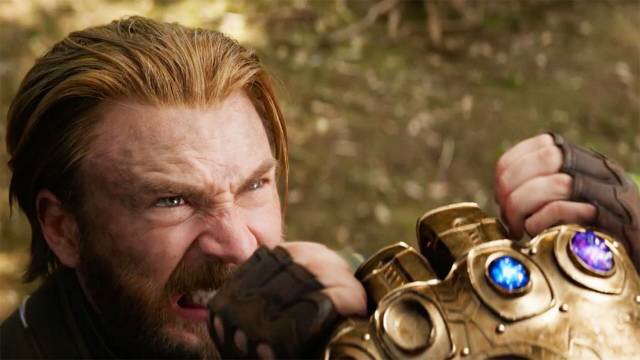 This scene harkens back to a pivotal battle in Infinity Gauntlet in which what’s left of Marvel’s heroes have assembled to attack Thanos—who has the completed gauntlet and all of the Infinity stones (called gems in the comics)—at his sanctuary in space. Thanos has reduced his power during the fight to impress his unrequited love Mistress Death, but even with a fraction of the gauntlet’s might, he still cuts through Earth’s champions like wheat in a field. 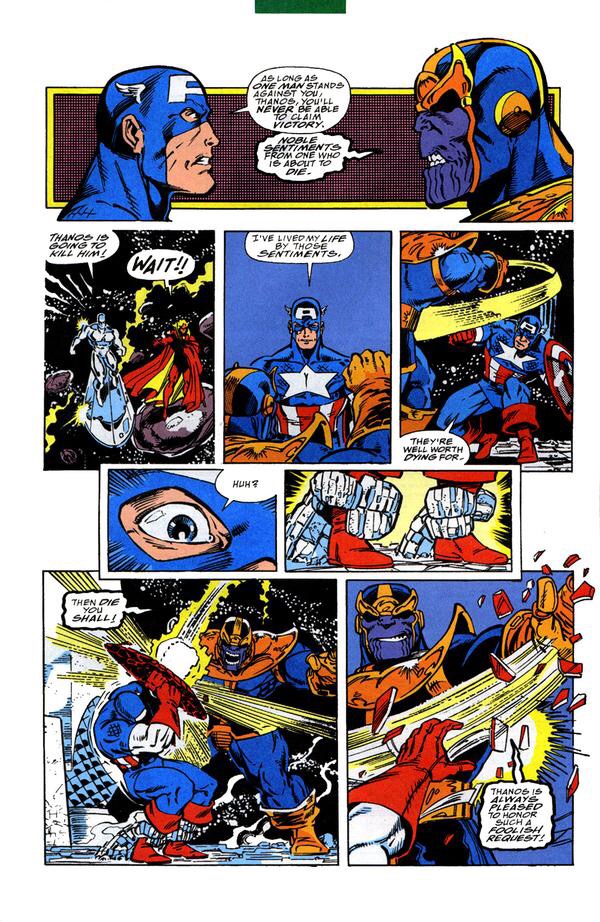 When the dust settles, only Steve remains on the battlefield and, despite not backing down against insurmountable odds, is overpowered by Thanos for his efforts.

While this moment doesn’t seem to play out in the film as it did in the comics, we’re hoping that the MCU’s Steve survives the experience.