Since Mighty Morphin Power Rangers’ earliest days, the mad sculptor Finster has been a mainstay of the mythology of the television series and, later, the comics. While the TV show portrayed him as a smaller, impish creature who used the villainous Rita Repulsa’s clay to construct soulless henchmen, Finster rarely played a role other than supply Rita with bodies to throw at the Rangers. However, in “Perfect,” a tale appearing in the Mighty Morphin Power Rangers 2017 Annual, in stores now from Boom! Studios, we’re given a glimpse a Finster who’s more than a bumbling sculptor, but a depraved, deranged man who sold his soul and sacrificed his people, all in the name of his art. 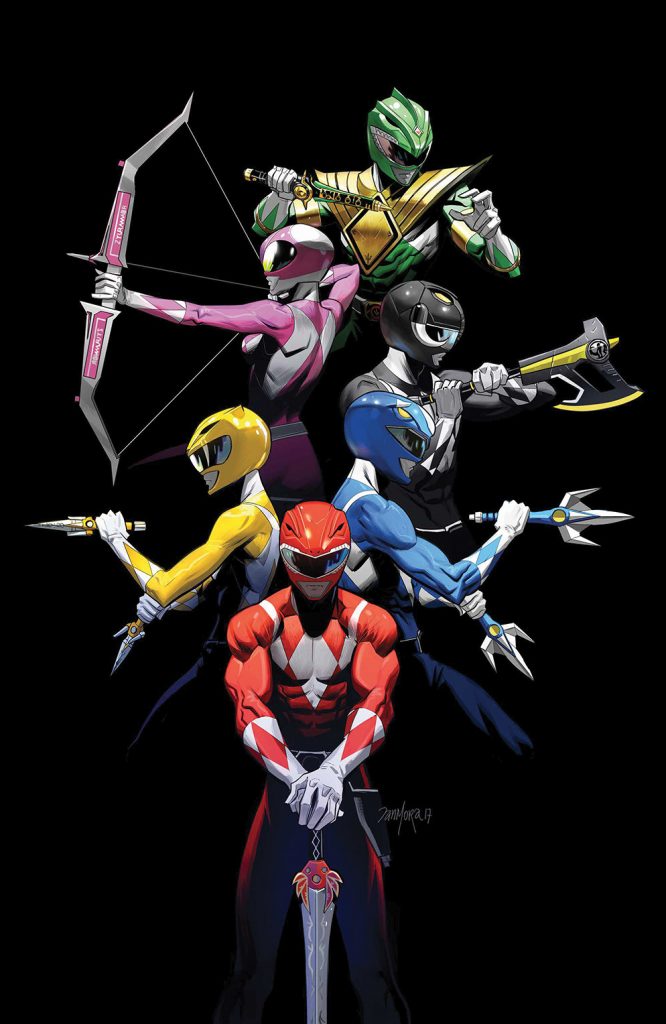 10,000 years ago, fires are ravaging Finster’s town, killing the residents, and his wife Plepra is imploring the maker to leave his shop, in which he’s sequestered himself to work. What Plepra doesn’t know is that it’s Finster who is the culprit behind the chaos in their town, who sees the carnage as a means to express a new kind of art. When Plepra breaks into his shop and discovers Finster’s monstrous soul, the two argue, with the “artist” accidentally killing his beloved in the process. His anguish is the perfect window that Rita, who visits Finster for the first time, needs to burrow into his heart and manipulate him for her own needs. With his ego massaged and nothing remaining for him in the town, he agrees to create soldiers for Rita, and has done so since.

Writer Trey Moore takes a character who often comes across as one-off, bumbling afterthought and made him truly equal parts formidable and grotesque, with a splash of pitiable for good measure. “Justification” seems the theme of the yarn, and we see it play out time and again: Finster justify his actions against the town as necessary for his art. He justifies Plepra’s murder as an accident and protests that he’s not a bad person. Rita justifies Finster joining her so he can continue his art. Again and again, Moore shows us the dangers of justifying our profane actions in a way that will enable our worst impulses. 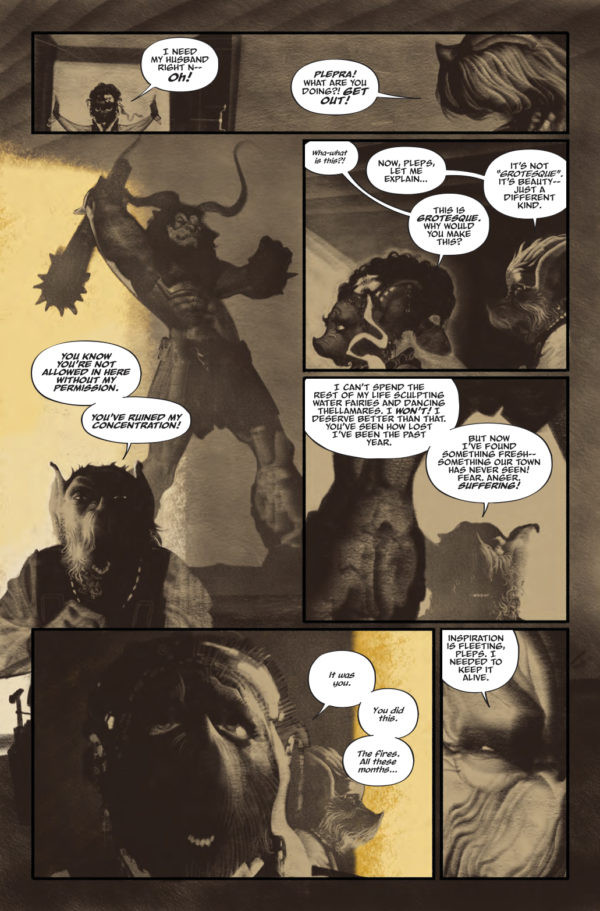 Those dangers echo throughout artist Frazer Irving’s gorgeous art, who renders almost the entirety of the story in blacks, greys, whites, and muted browns that weigh down Finster’s origin story with a sense of abject somberness. The color palette for Finster in most appearances are those of greys and dark and light blues that, combined with his eyeglasses and grizzled chin, give him an almost grandfatherly, approachable visage. Eschewing those colors more clearly detail just who he is on the inside, filled with murkiness and excuses. Again, the greys and blacks act as a mirror to the story, showing how unclear shaky moral justifications for awful actions can make seeing what is right difficult. It’s something that, no matter how many times Finster attempts to remake his lady love with Rita’s dark magic, he’ll never be able to understand.

The Mighty Morphin Power Rangers 2017 Annual is on sale now from Boom! Studios.