Anticipation and trepidation for March’s live-action reimagining of Disney’s beloved cartoon classic Beauty and the Beast has reached a fever pitch of late, with the House of Mouse trickling teases and pictures here and there to whet fans appetites; anticipation because the film is such a universally-adored tale, trepidation because these remakes are always a crapshoot.

However, if the first trailer for the Emma Watson/Dan Stevens vehicle is any indication, fans of the original cartoon need not fear.

The footage is stunning and hits the familiar beats audiences appreciate about the first telling of Belle (Emma Watson) and the Beast (Dan Stevens): Belle’s father (Kevin Kline) runs afoul of the Beast, with Belle agreeing to stay in the castle of the cursed Beast in her father’s stead. As the two grow to know one another, Belle softens the gruff Beast’s tormented heart, with Belle, in turn, learning that the Beast’s exterior does not necessarily match his true character. Further, the battle with Gaston (Luke Evans) and the villagers against the Beast looks to be every bit as magnificent and heart-wrenching as it appeared when the first cartoon film hit theaters 25 years ago.

Oh, and in case you didn’t get to chance to put eyes on it, here’s the new movie poster! 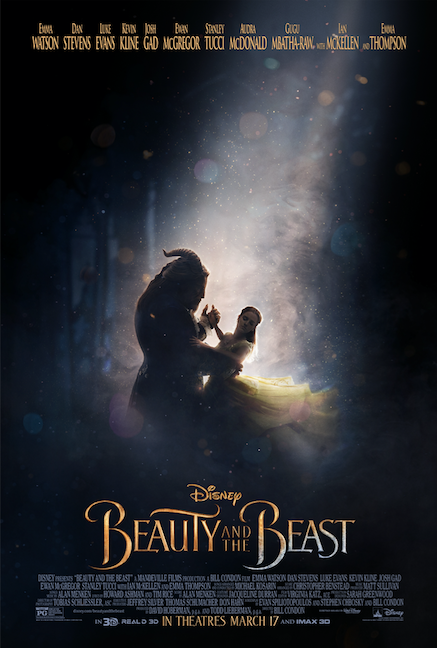