Or never knew we wanted, at the very least. Fox just dropped a kinda-sorta teaser of next June’s Deadpool 2 (or whatever it’ll ultimately be called) embedded in a The Joy of Painting parody, complete with Ryan Reynolds as Wade Wilson as Bob Ross. In true Deadpool fashion, the whole shebang is a surreal, warped fever dream of hilarity. Also: cocaine. Lots and lots of cocaine. The whole teaser is so worth the watch, but the blink-and-you-miss-it sequel footage hits around the 1:30 mark.

The Deadpool 2 crew manages to pack a hella-lot of sneak peeks in the 10 seconds of film footage, including a glimpse of Zazie Beetz’s Domino, Blind Al being badass, Wade’s taxi driver Dopinder (who it’s nice to see didn’t wind up in jail after the events of the first movie), Negasonic Teenage Warhead sporting a new ‘do, Deadpool popping out of a casket, a chainsaw, and Wade’s sweet, sweet ass. Whew!

Sweet baby Jesus, we are so ready for this movie. The Deadpool sequel drops June 1, 2018.

Oh, and what’s Wade creating on the canvas? The Thanksgiving-themed, Norman Rockwell-esque Deadpool painting that popped up in Good Housekeeping (seriously) a few days ago! 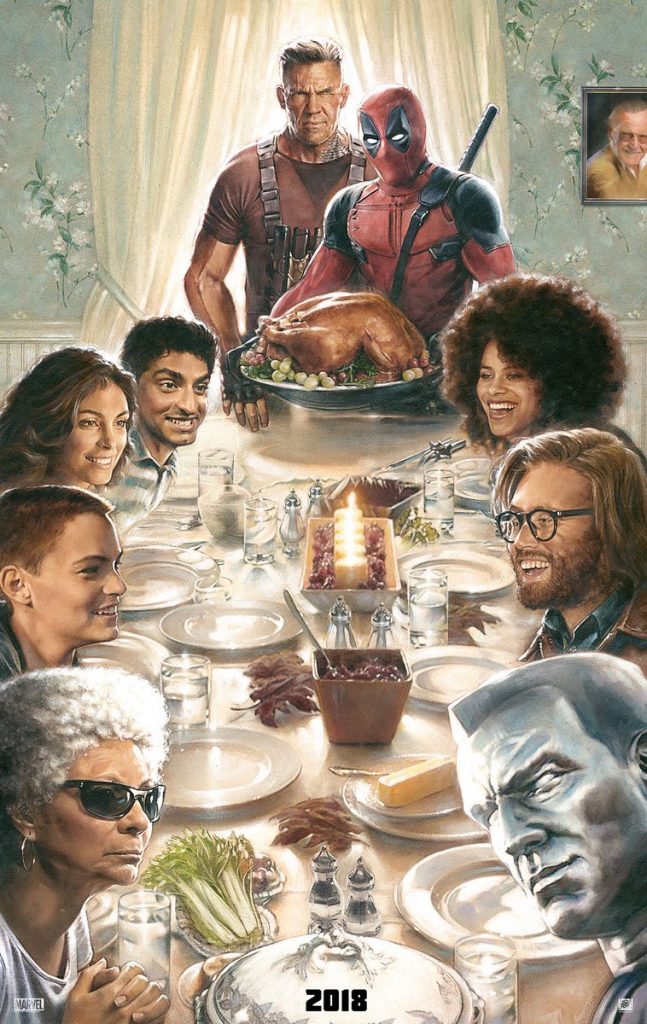