While Marvel’s The Punisher showed up in season two of Netflix’s Daredevil, we haven’t seen Frank Castle’s vigilante alter ego in full black-garbed regalia, save for a peek at the end of The Defenders. With the man’s solo series hitting later this year, the streaming service released a full-fledged look at actor Jon Bernthal as the street-level gun-toter. 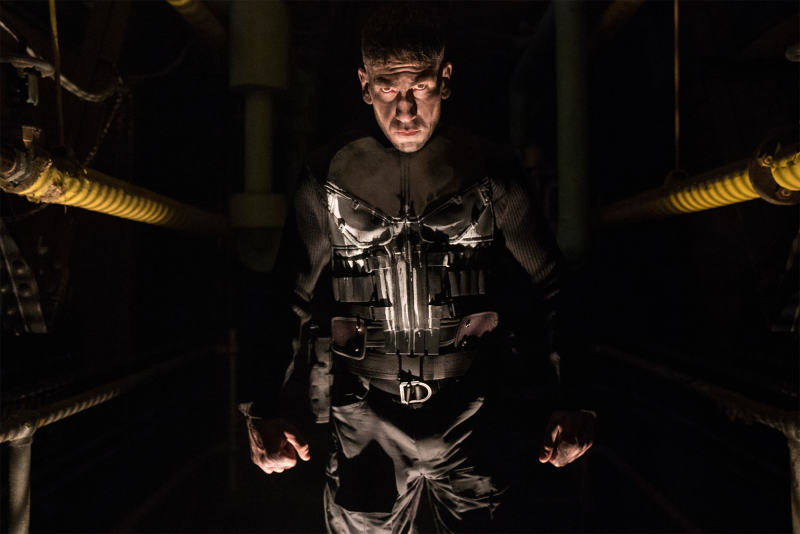 Jon Bernthal as The Punisher

Gotta admit, Bernthal looks spot-on as Frank Castle, even more so than when we saw him romping about in Daredevil. Cards on the table: The Punisher isn’t my favorite character–the whole constant killing thing gets a bit old; don’t @ me–but, in small doses, the concept works. But I trust Netflix–I even enjoyed the much-derided Iron Fist, so I’ll definitely be giving The Punisher a chance, given the takes the TPTB haven shown with the other Marvel crew of heroes.

The Punisher season one hits later this year on Netflix.

Oh, and because I’m snarky, here’s a drawing of Frank getting gut-kicked by Daredevil. 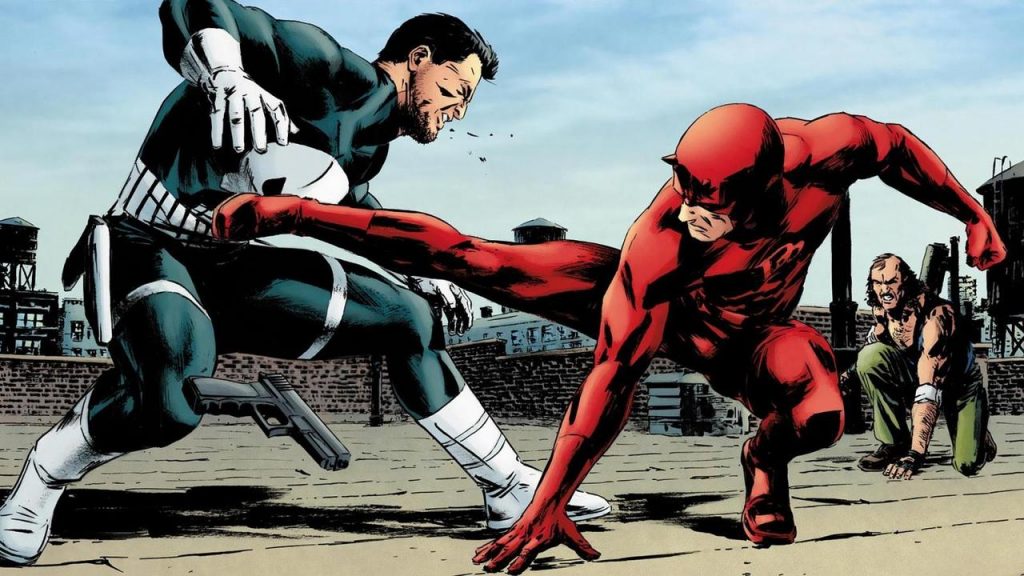