DC Comics’ Dark Nights: Metal event kicks off in less than two weeks, which will see the heroes of the DC Universe contend with invading residents of a Dark Multiverse. Part of that would-be conquering force includes twisted, warped, dark(er) versions of our favorite Masked Manhunter, the Batman. As part of the first major line-wide arc since DC’s “Rebirth” relaunch, the publisher is releasing a series of one-shots this September, throwing the spotlight on each of those cracked mirror Dark Knight Detective doppelgangers. Today, DC released the covers and some info for two of those books, Batman: The Red Death #1 and Batman: The Murder Machine #1. 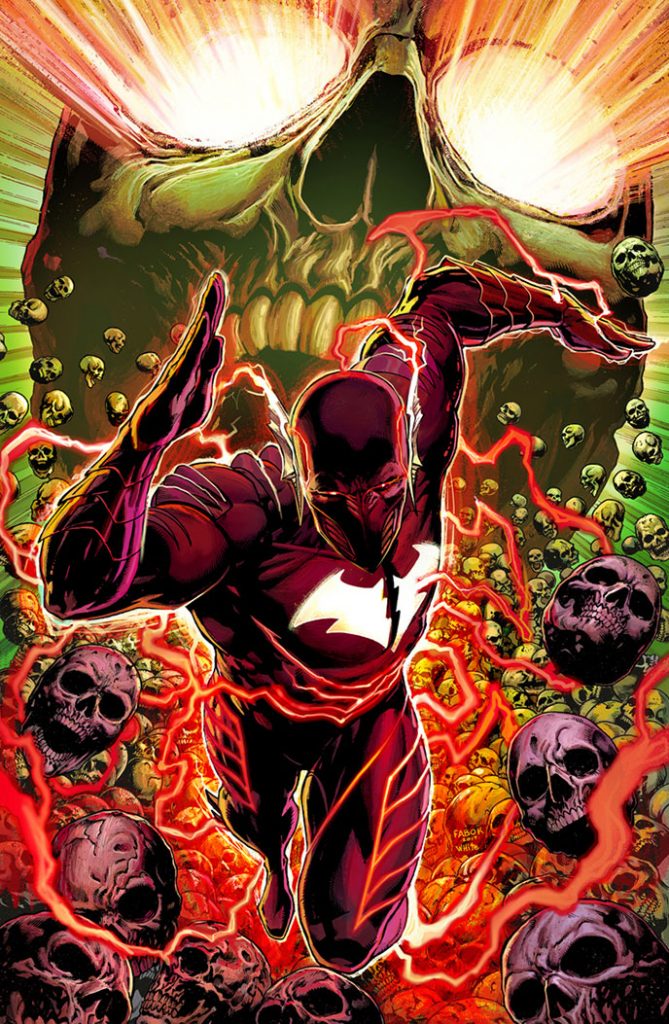 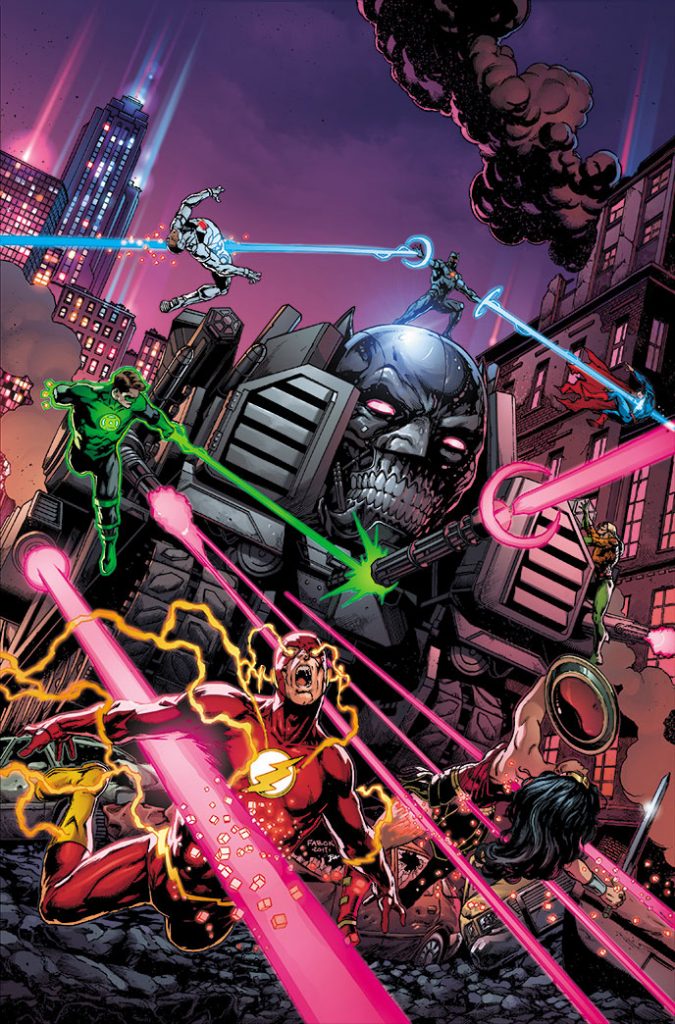 The covers for each of the Batman are beautifully rendered by Jason Fabok–and, damn, does the man knows the Justice League and how to compose a dynamic cover. The colors for The Red Death‘s cover are courtesy of Dean White, while Brad Anderson does his colorist magic on The Murder Machine‘s cover.