We have just under a year until Deadpool 2 hits theaters and, while we don’t know what to expect from the Ryan Reynolds-starring sequel, we’re going out on a limb and figuring that it’ll be chock full of violence, mayhem, and meta-humor. Well, that’s not entirely true: We also know that Josh Brolin will appear as the time-traveling mutant with a headache-inducing backstory known as Cable and Zazie Beetz will pop up as Cable’s sometimes-partner Domino. There haven’t been any teases of what Brolin will look like as Cable, but we’ve just gotten our first glimpse of Beetz as Domino courtesy of tweet from Reynolds–and, hot damn, Beezt looks Billy Badass. 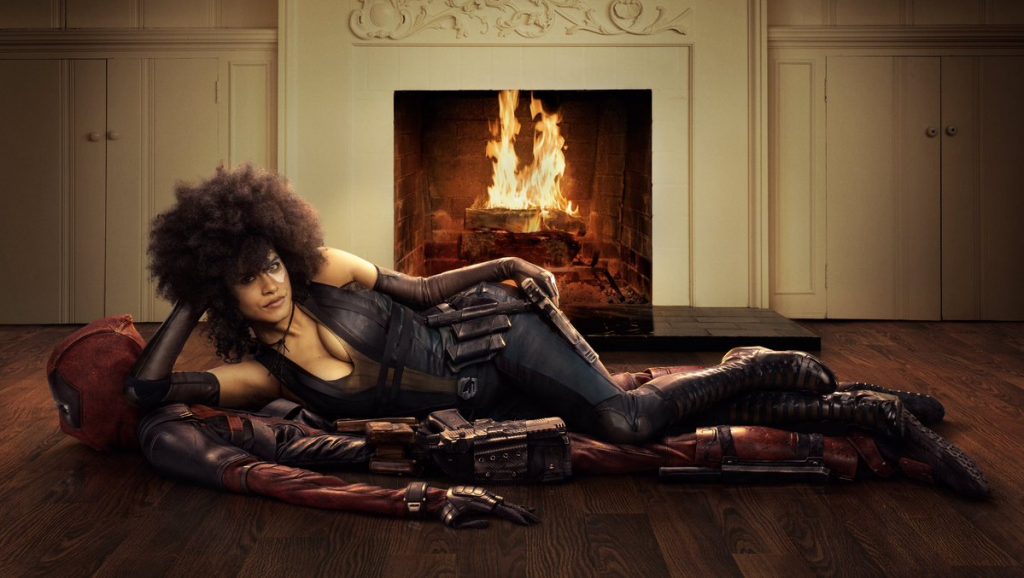 So much to love about this photo, from the callback to a pic of Reynolds as Deadpool ahead of the first film to Beetz’s no nonsense, no bullshit stare looking right at the audience. While Beetz doesn’t bare Domino’s signature Dalmatian look, that’s quite okay, because the actress is killing it here, makeup or no. (And, really, cards on the table: Domino is a fabulous X-Men player, but the look always comes off as a tad silly. The mark around her eye here, though, is a nice and subtle nod to her original look.) Our excitement for the movie, already at a ridiculous level, has just been kicked up a notch.

Deadpool 2 and Zazie Beetz blast their way to theaters June 1, 2018.