From the photos and plot points that have been trickling in for November 3rd’s Thor: Ragnarok, it’s clear that this was going to be a different kind of movie starring the God of Thunder. From a change in the Odinson’s looks to the inclusion of portions of the “Planet Hulk” comic book storyline to the introduction of Cate Blanchett’s Hela, this was always going to be an “everything and the kitchen sink” type of Marvel film. And judging from the first teaser trailer that just dropped today, it looks like director Taika Waititi might actually pull off that gambit.

There’s a helluva lot going on in the two-minute footage, from Thor getting an induction haircut for his forced gladiatorial servitude to Loki doing some fancy knife work like a boss to Hela dispensing with Thor’s enchanted hammer Mjolnir like it was a child’s toy. And can we talk about the unrestrained joy that the Thunder God exudes when he sees the Hulk in the gladiatorial arena, only to have it squashed when it’s clear that Hulk’s about to smash? In a trailer filled with “Holy shit!” moments—and this is a trailer that is scored with Led Zeppelin’s “Immigrant Song”—that might be the highlight of the whole shebang. 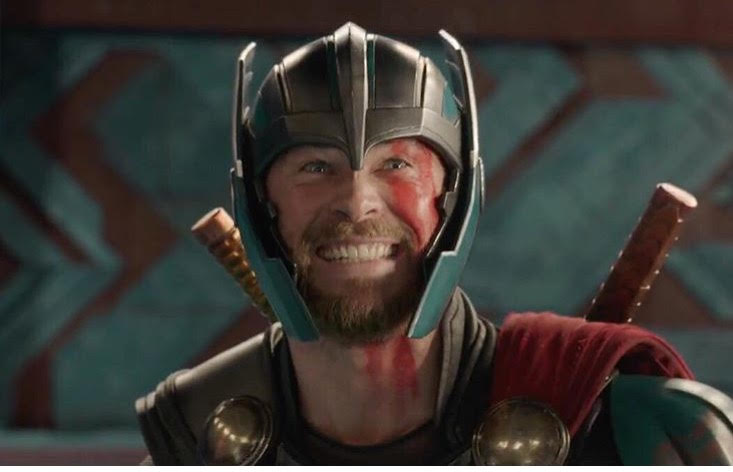