Of all the characters in comics, I think it’s fair to say that Superman can be the most problematic, as both a reader and a writer.

Seems like an odd thing to say about a character that’s been in the public eye for nearly 77 years, doesn’t it? But that’s the thing right there: Because of the Man of Steel’s extended history and the baggage that comes with it, it can be difficult for some to be completely emotionally invested in his trials and tribulations. Why, though? I mean, several comic book heroes, from Iron Man to Spider-Man to Batman, have had decades of publication history and don’t seem to suffer as badly from the weight of that time as Superman. Personally, I believe that the components that are integral to who the Last Krypton is at his core—his powers and his personality—have a tendency to pull the high-flying superhero down to Earth to touch the clay. In the minds of many, Kal-El has become too powerful and too bland to become fully invested in his struggles.

It wasn’t always that way, however. While Superman essentially has become god-like since his debut in Action Comics #1 in 1938, his stable of abilities were initially fairly modest. He could run pretty fast, lift a car over his head, and leap an 1/8th of mile. Over the years, however, writers started heaping more and more powers onto his person until he could dart off to other galaxies, survive a nuclear blast, and treat asteroids like basketballs. While the Man of Steel has a couple of vulnerabilities—magic and Kryptonite being the only real threats to his health—the dude is fairly untouchable. When there’s little threat that a hero won’t survive a battle with a villain, it’s difficult to become emotionally invested in his confrontations.

And even if he weren’t super-strong, writers have manage to dilute his personality over the years since its original conception that it’s hard to connect with the super-god on a meaningful level. When creators Jerry Siegel and Joe Shuster first introduced Superman to audiences, he was a champion for social justice and an adversary to tyrants. If a government was corrupt, if a slumlord trampled on its tenants, if a police force abused its power—the Man of Steel would not suffer such nonsense. However, after Senate hearings on the negative influence of comic books on the nation’s youth, creators were forced to ensure that the Last Son of Krypton was a champion for the law of the land in order to keep ideas of social discord from entering impressionable minds. He’s been cast as such An Upstanding Citizen that it’s become almost a joke, most notably parodied in Frank Miller’s Batman: The Dark Knight Returns in which Kal-El essentially becomes a government stooge. Appealing to a character who upholds law and order simply becomes it’s the Law of the Land can be off-putting to readers, especially the younger set. 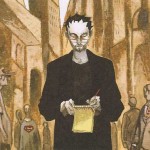 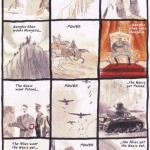 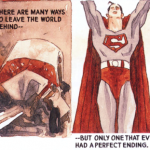 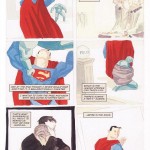 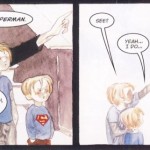 That’s why I could relate to writer Steven T. Seagle’s struggles with the Man of Steel, as he discusses in his semi-autobiographical graphic novel for DC Comics/Vertigo It’s a Bird… In the course of the tale, Seagle has been tapped to write Superman for DC Comics and, while this is a boon for his career, he can’t get past some of the very issues with the Man of Steel that I discussed. How can he approach a figure so alien and all-powerful, so perfect? What will make this alien, masquerading as a man and lying to almost everyone in his personal life, an engaging hero that Seagle can give a damn about? The novel spends equal time delving into Seagle’s relationships with his family and the genetic Huntington’s disease that impact all of them. These issues also impact Seagle’s view toward Superman, a character he sees as a god lording over the affairs of humanity.

After a confrontation with his father, Seagle understands something about life and, ultimately, Superman and why the character’s still relevant. And while I’m not the biggest fan of the character, I believe he can still teach us about how to live and why life is worth living. When I’m at my lowest, these words about the Man of Steel manage to lift me up:

[This] is lesson stories can teach life.

There’s always a “next.” Always.

That’s what Superman is all about. To remind us that we have hurdles…

…but as long as we keep jumping them…

Does this negate the problems with Superman as a character, both to be read and to be written? Not really. But beyond any explanation of why Superman matters nearly 80 years after his creation, Seagle’s thoughts on why we need a Superman are more concise and clearer than any other I’ve ever read. Life is going to be awful sometimes. You’re going to want to give up. It’s a given. Life is going to cut you to the core. It’s going to knock you down. But Superman is there to reinforce the idea that as long as you keep getting up, as long as you keep jumping life’s hurdles, we get to our “next.”

Thanks for joining me for another Flashback Friday. May you always have strength to see life through to your “next.”