Writer Gail Simone has become synonymous with penning engaging comic book stories that are rife with underlying themes, from her work with Birds of Prey to her time on Batgirl. With DC Comics’ new launch of Vertigo titles last fall, she joined the fray with her compelling series Clean Room, a tale of terror and the dangers of cults of personality.

Ms. Simone was kind enough to speak with me recently about the genesis of Clean Room, how the idea of the book was sparked from her own experiences, and why she decided to wade into the waters of Vertigo Comics.

Gail Simone: My pleasure, thank you for asking! I like your site very much.

FS: For folks who might have not picked up the book, what would be your elevator pitch for Clean Room?

GS: Basically, it’s this: What if you had to suddenly take every crackpot conspiracy theory, no matter how goofy or absurd, seriously? And I mean, HORRIFICALLY seriously? Think about the nonsensical things people believe, the conspiracy stuff, the paranormal infestations, all of it. What if you couldn’t laugh about it any more?

Clean Room is the story of a cult of personality based around a woman named Astrid Mueller, who is the head of the most powerful self-help organization this century.  And Chloe Pierce, a broken-down reporter who has lost everything to Astrid, and vows to take her down.  It’s not a comic for polite company. It’s full of the things that actually terrify me.  And I am doing my best to make sure they terrify you, as well.

FS: There are many allusions to modern cults and cult-type environments, which made the anthropology nerd in me sing. What is your research process like for writing Clean Room? Are there any particular religious movements or cults that you have drawn from in your plotting?

GS: I live in the Oregon boonies, and it’s a very interesting fact that while the cities in Oregon are mostly very liberal progressive, the rural areas tend to skew the opposite way. And the REALLY rural areas, for some reason, contain more acknowledged cults and cultish organizations than any other state, per capita.

So, I’ve grown up around these people, and you see these patterns, people being trained into believing increasingly implausible things. The difference in mindset between some extreme self-help programs, and a pyramid scam, and a cult, is often just a twist of a very thin razor.

The one constant is that new fuel is needed constantly to push those engines, and that fuel is human beings.

We didn’t focus on any one particular organization, and in fact, quite a lot of what Astrid does is straight out of the playbook of some of the newer, perfectly legal, large business behemoths. 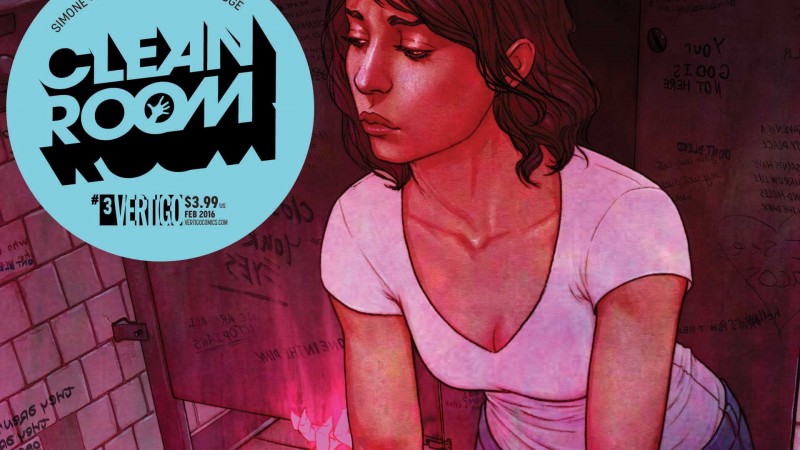 FS: What are your views on the self-help movement? It’s a huge industry that makes publishers’ coffers overflow and it’s difficult for me at times to separate the money-making aspect to the industry from the self-help aspect. Throughout the years, there have always been folks who have claimed to have the “cure for what ails ya,” but it seems so pervasive in the past few decades. Do you have any thoughts as to the gravitation to so-called self-help cures of late?

GS: I have all the love in the world for people looking to improve themselves. And I am in awe of mental health professionals and anyone who actually chooses a career to help others.  I’ve been spending a lot of time talking to professionals to clearly differentiate between what they do, and what the carnival psychic does, or the motivational speaker who has made his bullshit into a cottage industry. Those people, IF they help anyone, it’s merely an accidental side effect.

And I want to stress, being smart is no guarantee we won’t fall for these people.  But there is a big part of me that loathes these people to my bones, the ones who promise everything to people who need help, only to deliver disappoint, poverty and grief. They can go straight to hell.

FS: Clean Room also has a lot to say about the idea of the cult of personality. Were there any charismatic leaders who you drew from in your creation of Astrid Mueller?

GS: No one specific, we’re not trying to do an allegory, or a secret hatchet job.  But there are people who have weaponized their charisma to the point of being very near religious leaders, and that’s dangerous, scary stuff. 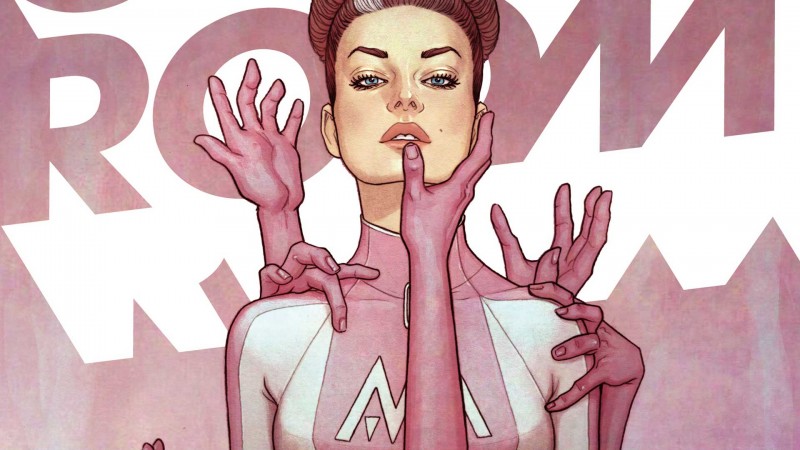 FS: Series artist Jon Davis-Hunt’s line work on the series gives the title a mixture of the mundane and the eerie that really help to sell the book. What is the collaboration process like with Jon?

GS: You know, I’ve read a thousand interviews where writers in comics praise their artists, and I’ve given more than a few like that myself. But there is still always just a handful where, something just happens, some fuse is lit that leads to the best explosions.  For me, artists like Nicola Scott and Walter Geovani, they just seemed to know what was in my head.

Jon is that guy, he just, he just kills it. I ask him to draw horrific, nightmares, and it’s there, and then the next page is someone having tea and it’s endlessly compelling. Jon is ridiculous. Editor Shelly Bond and I went through, no kidding, maybe a hundred artists to find the right one, top names, people you would know. And both of us, independently, stopped when we came to Jon’s 2000 AD samples.  He was always the guy from The Matrix for this book.

He brings ideas to the table, and the look of everything is his doing. It would not be what it is with anyone else. That’s just a fact.

FS: While Clean Room is certainly a creepy title, many of themes in the series seem especially pertinent to today and, really, throughout the centuries: manipulation by others, longing for something more, a quest for meaning outside ourselves, coping with loss. What’s one of the biggest takeaways you want readers to gain from reading Clean Room?

GS: Be careful with your loyalty. Seriously. And sometimes, abuse wears a smile. 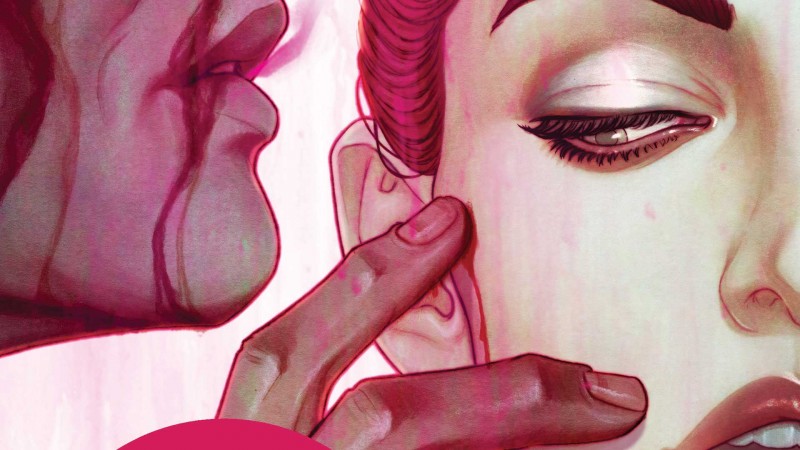 FS: You’ve been writing for quite some time, with Clean Room your first Vertigo title. What made now the right time to wade into the Vertigo waters?

GS: I remember a time where I had lost faith in comics. It was always my favorite medium, but there was such shitty representation of women, both as characters and creators, such unbridled hostility, that I just drifted away. It was Vertigo that brought me back…they were making the only comics that I wanted to read for a good while.  So there’s an emotional connection to the imprint.

Then, Vertigo honcho Shelly Bond got in contact with me and explained what they wanted to do, which was take the imprint to some new places, and I just got excited. Shelly has personally edited Clean Room, with assistance from the wonderful Rowena Yow, and again, it’s a bit of magic for me. No matter what awful thing I send them, they are with us, and that makes the experience lovely.

I am as proud of Clean Room as I am of anything I have ever written. I don’t think there’s another book like it on the stands.

Clean Room #5, written by Gail Simone with art by Jon Davis-Hunt, is on sale now from DC Comics/Vertigo.