While reception to Batman v. Superman: Dawn of Justice was mixed, many moviegoers agree that one of the bright spots of the film were the moments of screen time featuring actress Gal Gadot’s Wonder Woman. Folks who are jonesing for more of Diana of Themyscira are in for a treat next June when the Amazonian princess’s solo movie hits theaters.

In celebration of this weekend’s San Diego Comic-Con, Gadot tweeted out a gorgeous poster for Wonder Woman, highlighting the hero against a blue and fiery sky. And the tagline for the film couldn’t be more perfect: “Power. Grace. Wisdom. Wonder.” 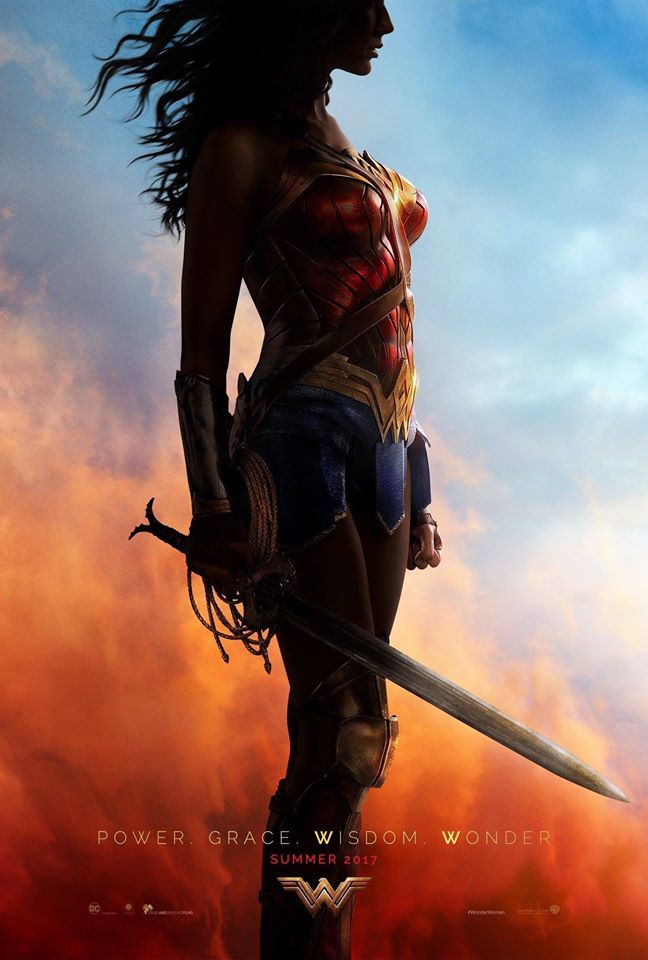 Oh, and hey, the poster actually looks bright and hopeful, something that was sorely lacking in Batman v. Superman. This could be a result of bringing on DC Comics’ Chief Creative Office Geoff Johns to help oversee Warner Bros.’ DC films, a move made in light of the dourness of Batman v. Superman.