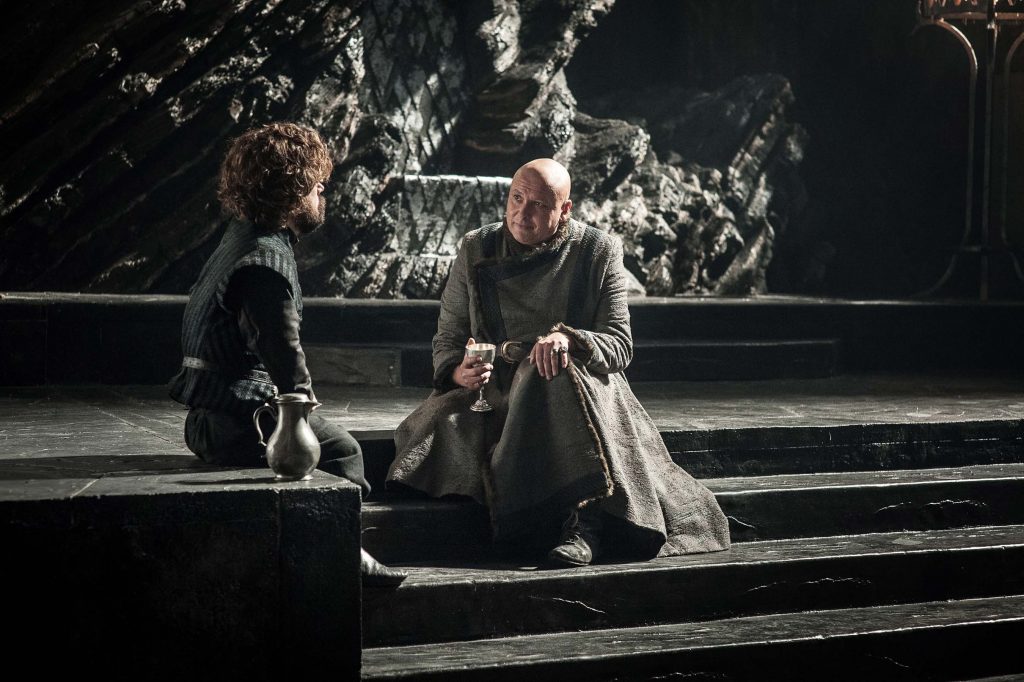 “You’ll have to make her listen.”

So Varys is heard telling Tyrion, presumably in reference to Daenerys, in the preview for “Eastwatch,” Sunday night’s episode of season 7 of HBO’s Game of Thrones. Listen to what is the question. Reason, surely, but about toning down using her dragon as a personal flamethrower? Is he concerned that Dany has a danger of turning into a mad monarch like her late father? Is Varys worried that she will murder Jaime Lannister (presuming he’s alive) instead of using him as a bargaining chip with Queen Cersei? As always, we’ll have to wait and see. However, to tide us over until Sunday, HBO has released some photos from the upcoming episodes. Lots of meaningful looks and staring. HBO is playing it close to the vest. As usual. 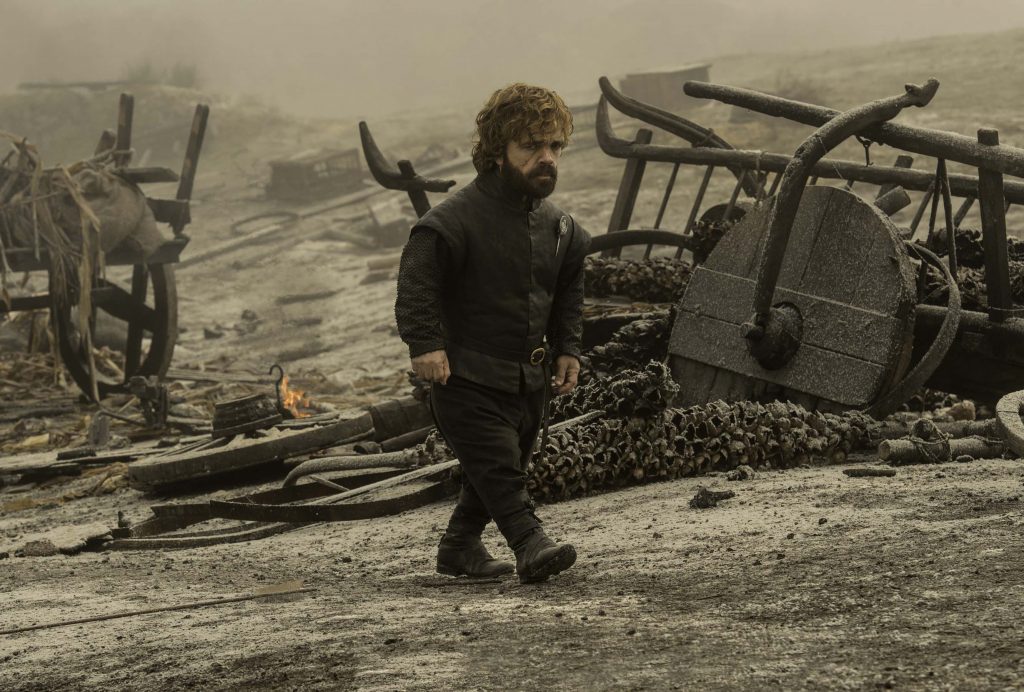 Is Tyrion looking somber because his former countrymen have just been torched and turned to ash? Or is he worried that, once a WMD has been used, it’ll be increasingly easier for Dany to rely on it? Or maybe both? 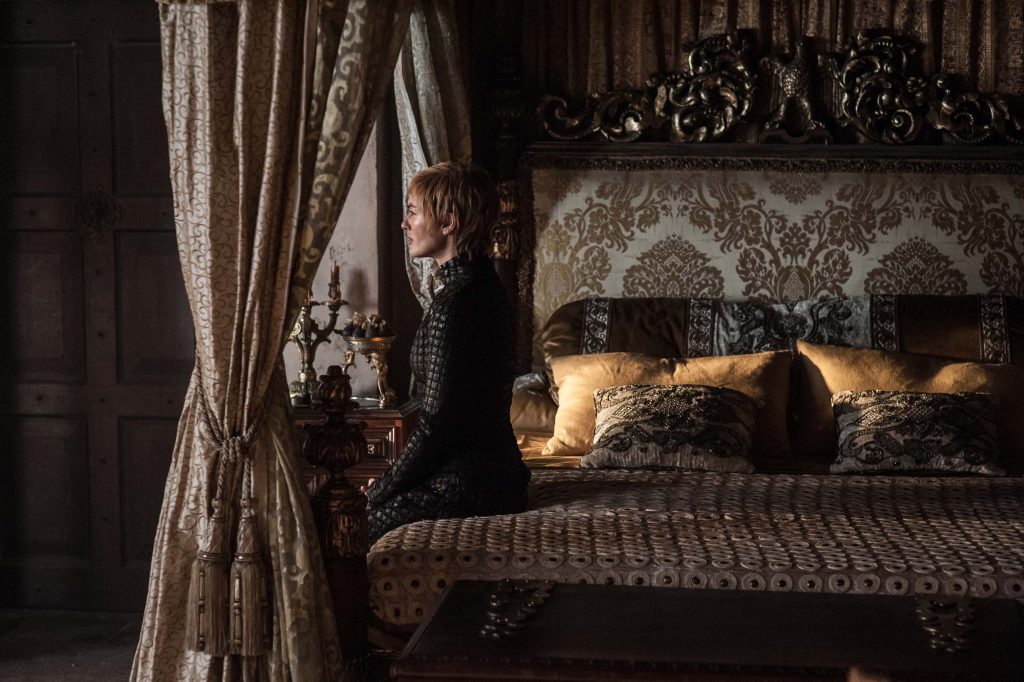 Is Cersei feeling boxed into a corner after her recent defeat at the hands of Dany? Is she worried about Jaime? She doesn’t look best pleased. 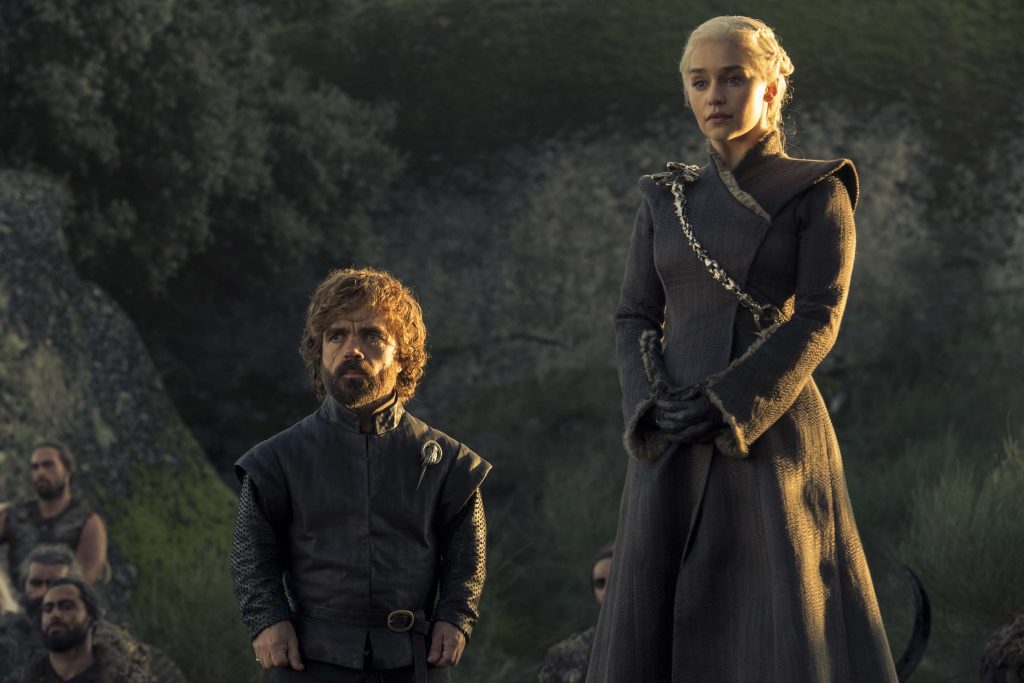 Dany is looking haughty and Tyrion looks exhausted. Are they looking at Jaime? 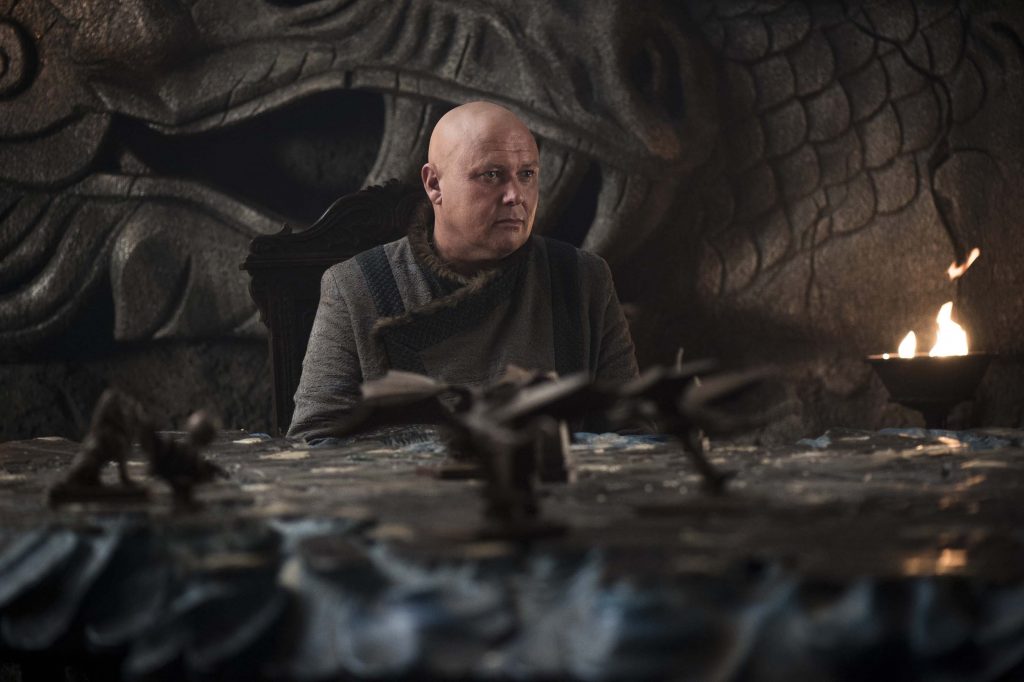 The game of Risk, Westerosi style. 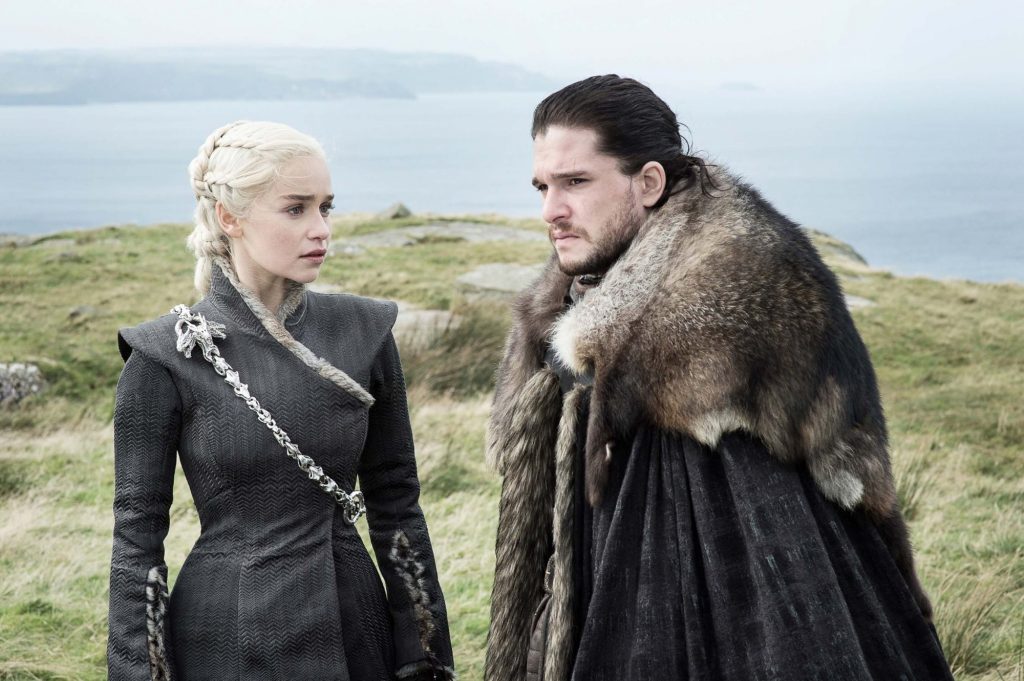 In the teaser for the episode, Jon is seen telling Dany that Bran has seen in his visions the White Walkers heading Eastwatch (hence the name of the episode), located at the Wall. Is he seen here trying to convince her to head that way? 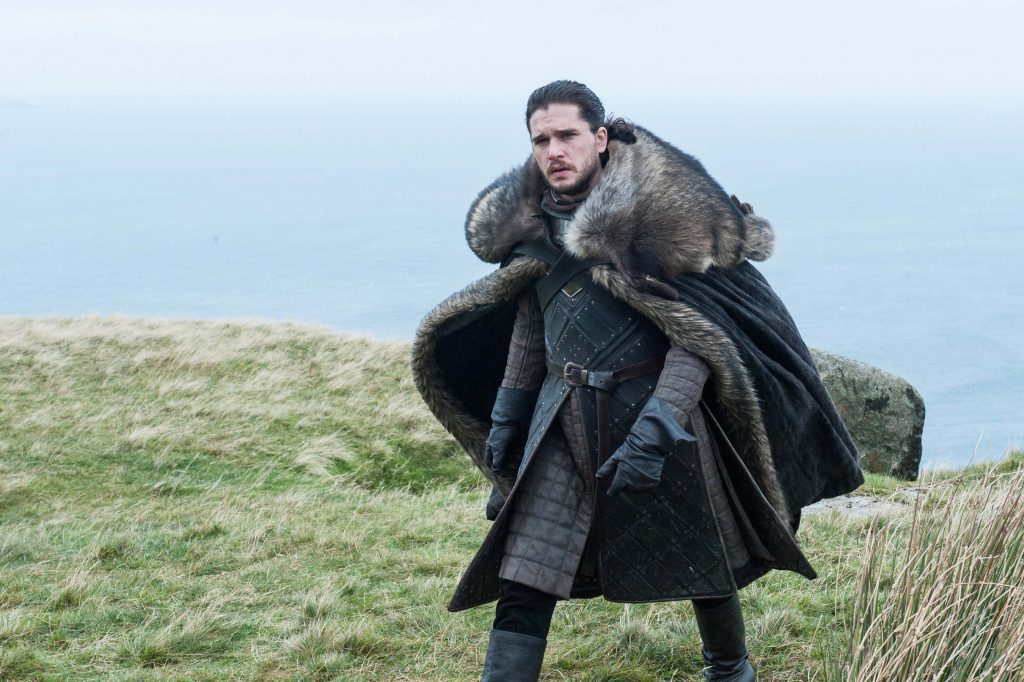 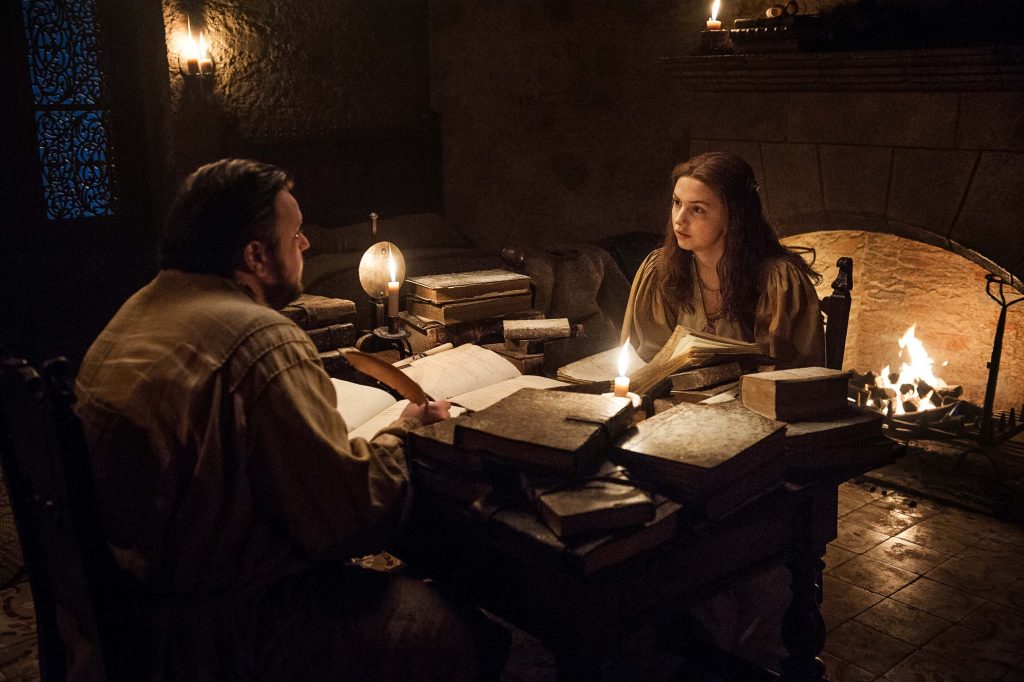 Is Sam finding something else that can aid Jon and the Scooby gang against the White Walkers? Come on, Sam, you nailed it with helping Jorah be rid of greyscale and learning that dragonglass kills White Walkers! Reading for the win!

All of the questions! I guess we’ll see this Sunday at 9:00 PM on the next episode of Game of Thrones.