This November, DC Comics will release the trade paperback of Vigilante: Southland, the six-issue miniseries from crime novelist Gary Phillips (Perdition U.S.A.) and artist Elena Casagrande. While the compelling look and fresh take of the classic Vigilante character was tragically canceled halfway into its run, the paperback will contain the entire story for fans looking to read the complete tale.

Back in January, we spoke to Mr. Phillips about his take on the Vigilante character, his love of the past incarnations of Vigilante, and how Los Angeles is very much a character in the book. 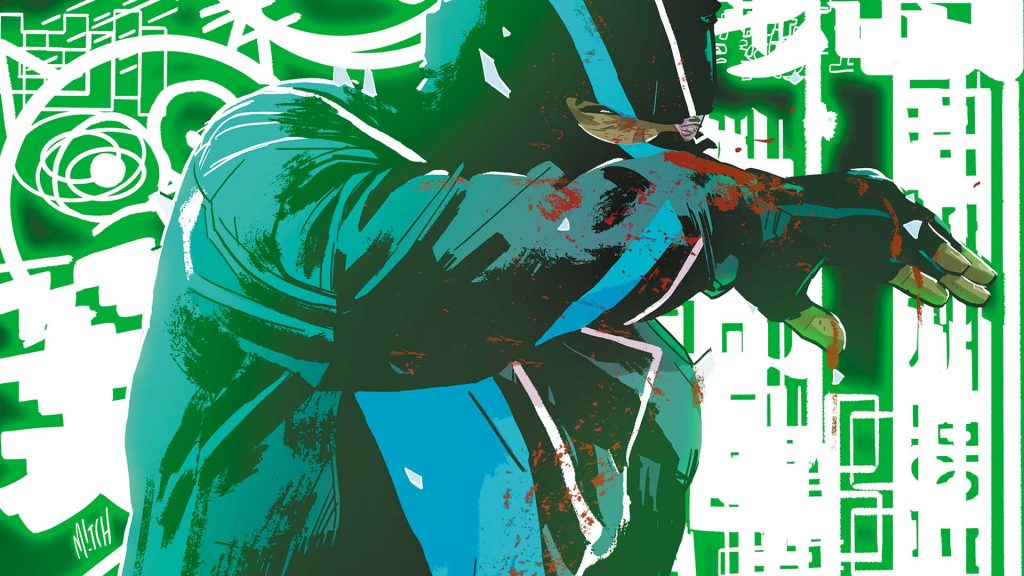 FreakSugar: For folks who are considering picking up the book, how would you describe Vigilante: Southland?

Gary Phillips: It’s a street-level masked vigilante story wherein I reboot or revamp Vigilante, an older character who’s been in the DC Universe. In the 1940s, he started out as a masked cowboy, Greg Saunders, on the Wyoming plains. Then we had the Adrian Chase incarnation in the 1980s.

Now we have the Southland, where Donny Fairchild, our hero, is a young African-American man in his twenties. He’s a just-to-get-along guy, a b-baller, has his medical marijuana card. He has a smart, pretty girlfriend and a blue collar job at the local college. Life is lovely. Life is good. And then his girlfriend is murdered and his world is turned upside down. 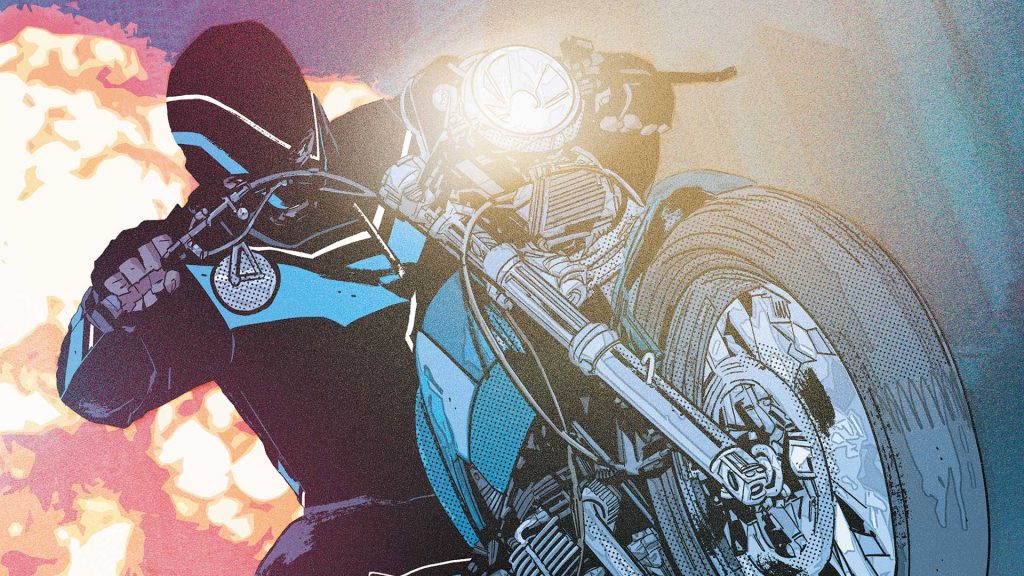 FS: Did the previous incarnations influence this iteration of the character? Will we see any nods to those previous characters?

GP: I’m very familiar with the previous incarnation. I’m a big fan of the original Vigilante, with his six-shooter and his lariat. In that regard, there are nods to the other versions of the character. Are new Vigilante doesn’t have a lariat or a rope, but he does a chain with a studded ball that’s electrified on the end. I’ve consumed way too many kung fu films, from House of the Flying Daggers and so on. [laughs]

Donny inherits an old-school motorcycle. One of the allies we’ll meet in the book is Mike Delgado. Not to give too much away, but Mike has his own secrets and his own past that we will be privy to in the miniseries. From Mike, he gets this motorcycle he tools around on.

Even Donnie’s costume, which is a midnight black costume with some light blue highlights, calls back to the Adrian Chase version of the character. So there are definitely some nods and cue to the past and how they get modernized in this version of the Vigilante. 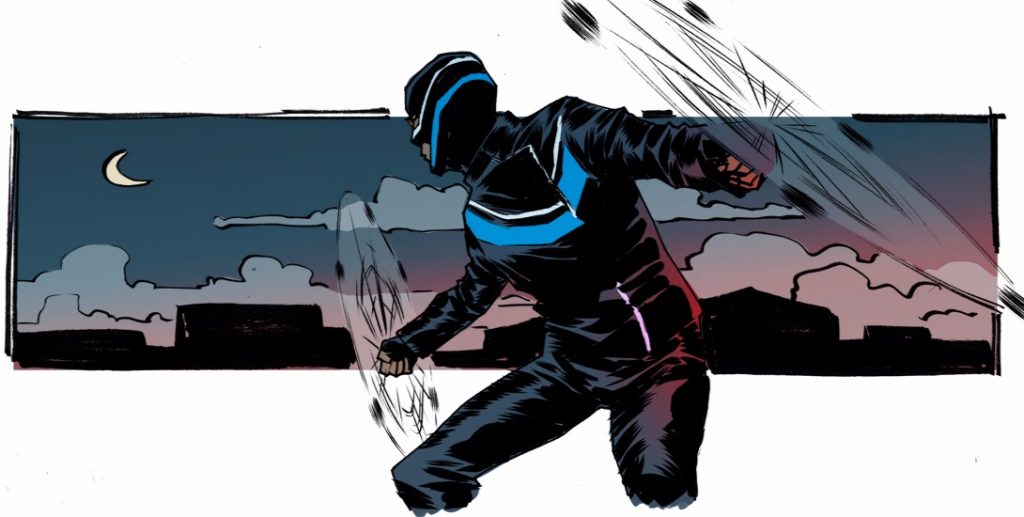 FS: I know your background is in noir. The first issue of Southland very much feels like an amalgam of comic book and noir. We very much have that hero’s journey we see in comics, but there are those noir elements at the fore.

GP: One of the things I wanted to do is show why Donny is such a get-along kind of guy. Once we meet his dad, Percy—who he’s estranged from, not because he was abusive, but he was indifferent—we see that he’s a shady guy who deals with in this underbelly of Los Angeles. Without hitting the reader over the head with it, we see that’s probably why Donny is the way he is. He doesn’t want any part of what his family does.

His father is aware of this, too. He knows he wasn’t the best dad, but circumstances have put father and son back together again. For Percy, he’s trying to redeem himself by passing on information and physical move. It’s not what normal parents might pass on, but it’s what he has and he’ll pass it on to help his son figure out who murdered his girlfriend. 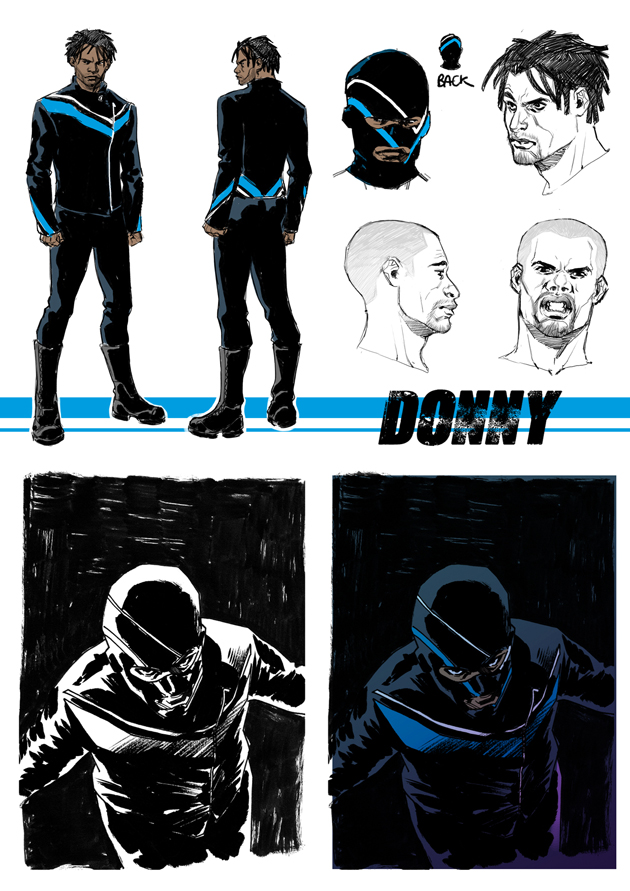 FS: The setting of so many great stories take on a life of their own, whether it’s Gotham City in Batman or the southern United States or Japan in Kill Bill. How do you see that applying to Southland?

DP: I’m a product of Los Angeles and it was important for us to show the Southland area in that way. So much credit goes to Elena Casagrande and her fantastic art. She does such a great job of capturing the feel of LA that we wanted to show, from Compton to Koreatown to the Palisades—which is some of the more ritzy areas that people tend to see in TV and movies. But we wanted to show the LA you sometimes see in Straight Outta Compton or Collateral or True Detective season 2.

So it’s exactly that. We wanted to make sure our LA is an LA of freeways and overpasses. It’s one of dense areas where you can apartments on top of each with people trying to scrape by, which is next to really tony areas. In a visual and textural sense, BLANK captures that as Donnie goes through his paces in the story.

From the official compilation description:

A new take on the DC character the Vigilante, reimagined by crime novelist Gary Phillips (PERDITION U.S.A.). VIGILANTE: SOUTHLAND takes place on the seemy backstreets of Los Angeles, far from the glitz of Hollywood. Donny Fairchild is getting by as a maintenance man after a failed bid at an basketball career. After a loved one is killed and he is left for dead, Donny is determined to bring the killers to justice and decides to stop just getting by and undergoes training to become a masked vigilante.