The phenomenal artist and writer Geof Darrow (The Shaolin Cowboy) might not be who he is today without his start in animation. As he tells it, much of what he learned what he wanted to do in artistic storytelling and what he wanted to avoid was from his time in animation, including the Hanna-Barbera series Super Friends, starring Superman, Batman, and other characters from DC Comics’ stable of heroes and villains.

With the 45th anniversary of Super Friends hitting this year, Mr. Darrow spoke with me about his start on the series, working within the confines of the censors’ restrictions, and what he enjoyed about his time at Hanna-Barbera. 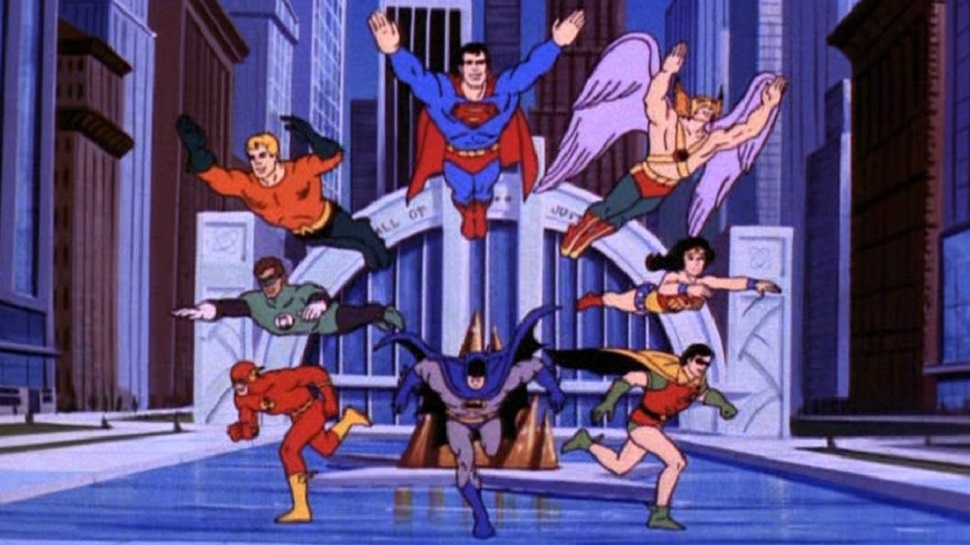 “Meanwhile, back at the Hall of Justice…”

FreakSugar: How did you become involved worked on Super Friends?

Geof Darrow: It was just a job. [laughs] I had moved to California and was of the opinion that I could get a job because cartoons looked so bad. [laughs] The first job ever got was at Filmation and I got fired after three weeks. I did storyboards, which were based on stock animation. When I worked on something like Flash Gordon and Tarzan cartoons would rotoscope certain moves and plug in as much as they could so they wouldn’t have to do much actual animation. I was horrible at it. One day, Filmation fired a bunch of us because they thought we would learn to storyboard quicker. I didn’t know what I was doing.

I went over to Hanna-Barbera because I heard they had an in-betweening class. In-betweening is used when you’re animating and extremes. Say you have someone punching in a scene. You have someone throwing a punch, you have the frame in the middle, and then the last frame. In-betweening is filling in the moments in between those frames. They were teaching an in between class at Hanna-Barbera and if you were good enough you got hired over there. So I went there and I showed my portfolio. This is right after The Empire Strikes Back came out. It was really popular. And I had some science fiction stuff in my portfolio. And they asked if I did those myself and I said I did. They said they’re looking for people to design space craft upstairs and they sent me up there.

The guy hired me to do it. They had so many sci-fi books like Space Ghost and Herculoids, all space-related shows. So I started doing spaceships but I wasn’t very good at it. I thought I was going to get fired. I didn’t know how to draw for animation. It’s a special kind of drawing. A young lady who was working on Scooby Doo asked if I would put a sombrero on Scooby doo. If a character appeared in more than two seasons, it had a model. Nobody wanted to what they called prop drawings for the models. I did one and it saved my job and I worked for her.

I didn’t get on the Super Friends until I’d been working there a while, the second or third year maybe. I was working on Richie Rich. It was very seasonal. I would work from May to maybe September. Jack Kirby was there and doing all the models for all the shows. He’d work from home and bring in like 50 models a week. That’s how I got into. I think there was a full year when I was head of modeling at Super Friends.

FS: Were there any designs you liked that you did for Super Friends?

GD: No. It was all pretty bad. There was a not a single design I liked. [laughs] I couldn’t do what I wanted. There were so many restrictions. There was this board of people who would look at your drawings and decide if they were too menacing or too scary or too warlike or if they were racist. There were these three white ladies who decided when you drew someone of color if they looked stereotyped or racist or not. I drew a crowd scene for Richie Rich and I put in some African Americans and Chinese Americans. They asked why I did that. “Was it in the script?” I was like, no, but it’s a crowd scene. I’m trying to make it realistic so it didn’t look like the Aryan brotherhood. [laughs] They made me take the African Americans and Chinese Americans out of the crowd. They said if it’s not called for don’t do it because it will draw attention away from Richie Rich. That boggled my mind.

FS: I remember you telling me that they white-washed African American characters.

GD: They were! It was basically putting an afro on a white guy. Color them coffee. There was an artist who was a phenomenal and could draw beautiful people of color named Tom Morgan. The board would question those designs sometimes. Tom had enough juice, though, that he would say if you think the designs are bad to bring in a panel of African Americans and have them look at the drawings. If they found the designs offensive, he would change them. To me, the idea of not offending anyone by making them look white with an afro was more racist. 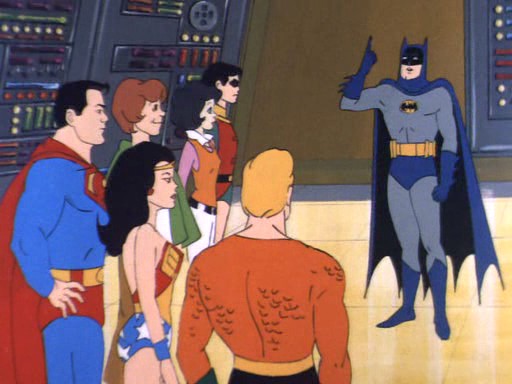 FS: Was there anything about the job that you look at fondly?

GD: Yes! Messing with the censors. [laughs] We would slip subversive stuff in there. We would put names of mass murderers on the sides of trucks driving by. “Gacy’s Boys Wear.” “Gein’s Dried Meats.” It was childish, but it was fun to do. The censors were so uptight.

There were so many amazing artists at Hanna-Barbera; just amazing guys that could draw like gods but whose work always translate to the screen.

The studio wanted the work in a certain way and as cheap as possible. Someone would tell Batman about a plane crash. We would see the camera shake then pan over to the crashed place. It was easier than drawing the actual crash.

And there were so many silly things like seeing Superman in profile pushing a planet back into orbit. There’s no way you would be able to see that unless he was several stories high! [laughs]

I loved the fact that I got to meet so many greats like Jack Kirby and Tex Avery and Carmine Infantino and Stan Lee. The actual work was awful. I wasn’t good at it, but it was work.

FS: Were there any lessons you learned from your time working at Hanna-Barbera and with Super Friends that carried over to your work today?

GD: Oh yes. My boss hated my work and always pointed out what I couldn’t do. He told me I need to learn perspective and form. If it hadn’t been for him, I wouldn’t draw how I do now, for better or worse.