Since the opening ceremonies of the Summer Olympic Games last Friday, Disney and LucasFilm have been enticing viewers with splashes and snippets of footage from this December’s Rogue One: A Star Wars Story, intercut with images of contestants showing off their athletic prowess. Tonight, however, Disney decided not be such an awful tease and offered up a brand-spankin’ new trailer for Rogue One. If your adrenaline isn’t already racing from the swimming and gymnastics events crisscrossing the screen, maybe some subterfuge by the Rebel Alliance will do the trick.

Hints that there are still users of the Light Side of the Force. A plan and a recruitment of rogues for a mission to steal plans to the Empire’s newly-constructed Death Star and give the Rebel Alliance a fighting chance. And, last but certainly not least: Darth Vader.

Rogue One: A Star Wars Story, directed by Gareth Edwards and starring Felicity Jones, Mads Mikkelsen, Alan Tudyk, Donnie Yen, hits theaters on December 16th. Which, I think we can all agree, is far too long to wait.

Oh, and in case you didn’t see the new poster for Rogue One released a few weeks back, feast your eye-holes on this beauty: 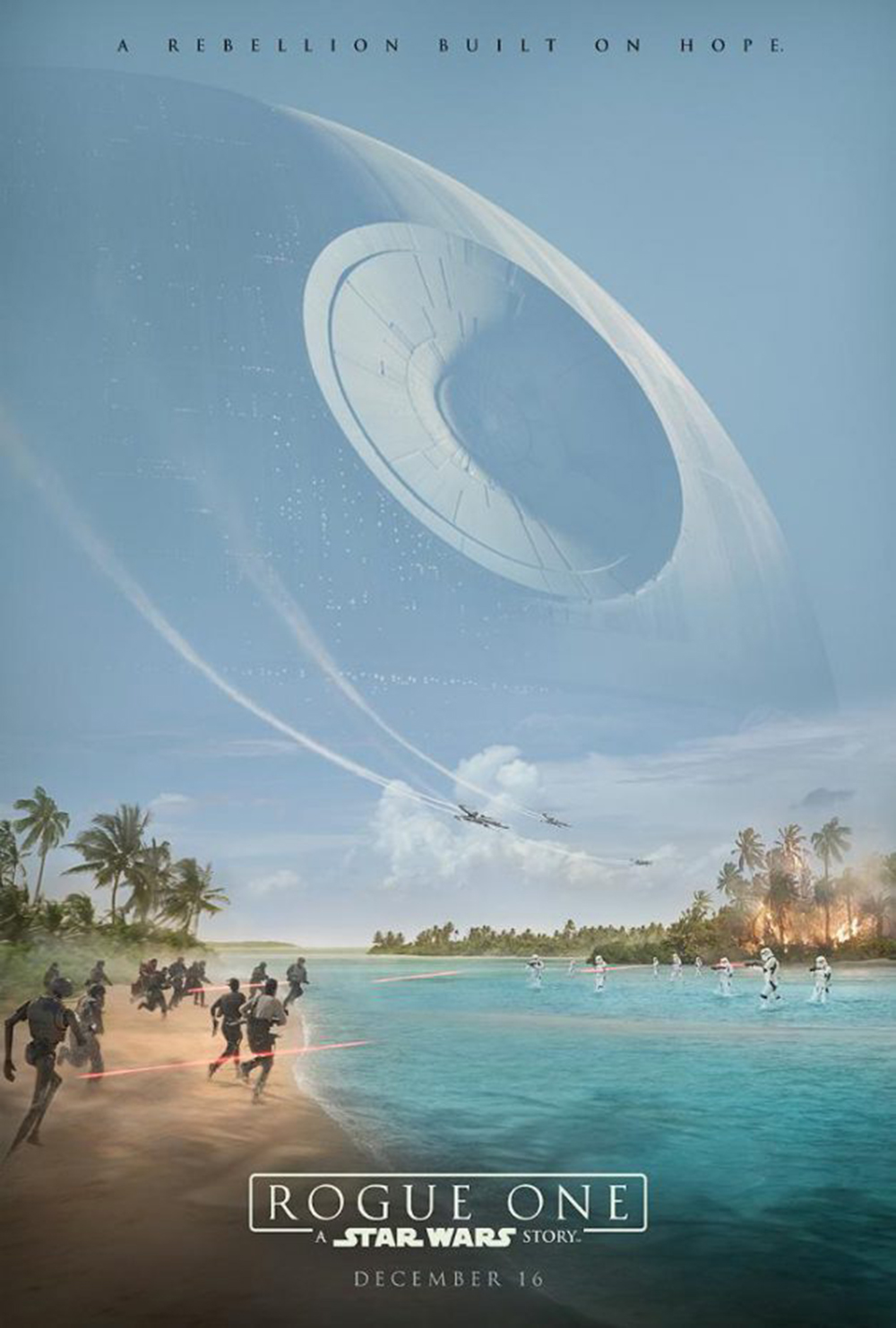