Writer Grant Morrison has become almost synonymous with brave, bold storytelling, brimming with Big Ideas. From comics ranging from Batman to The Invisibles to Infinite Crisis, Morrison will swing for the fences time and again, to results that make readers think on tales that linger with them long after they’ve set the book aside. And the same can certainly be said for his Image Comics series Happy!, which he co-created with artist Darick Robertson. In Happy!, Morrison explores the yarn of Nick, a disgraced cop who is visited by a blue unicorn, the eponymous Happy, who only Nick can see and hear and attempts to move Nick to do good.

Last December, Happy! made its debut as a TV series on Syfy and has recently been picked up for a second season. A few months ago, I briefly spoke with Mr. Morrison about the conceit of the show and cast its two main characters. 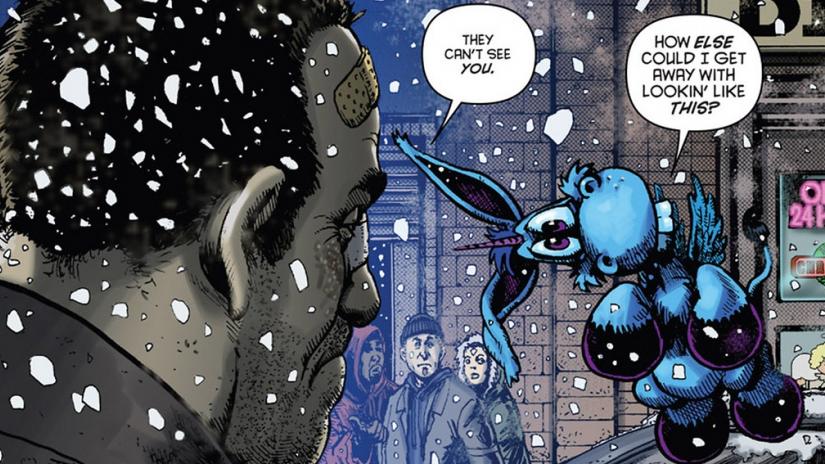 Nick and Happy have a heart-to-heart.

FreakSugar: For people who aren’t familiar with the story, what can you tell us about the comic and TV show Happy!?

Grant Morrison: It’s about Nick Sax, an ex-policeman who ended up doing hits for the mob. He’s a fallen cop; he’s fallen from grace. One night, a hit goes wrong and he’s in the back of an ambulance. Flying in front of him is Happy, a flying, winged unicorn. The unicorn tells the cop that he’s the only person in the world who can see it. The unicorn claims he’s the imaginary friend of a little girl who’s in trouble and he needs the cop to save the little girl. So it becomes a question of whether the cop is hallucinating because of all the drugs and alcohol he’s done or is there more to it. That’s what we explore. We’re really excited about the series. It’s really bigger than the comic, which was a short story. We’ve really expanded the world. We have a lot of new characters and a lot of new stuff happening.

We have a great writer in Brian Taylor. We have a great actor in Chris Meloni, who puts in the performance of a lifetime, I think. He veers from a scary mob killer to doing Three Stooges physical comedy. I’m pretty pleased with it. I hope people will like it. 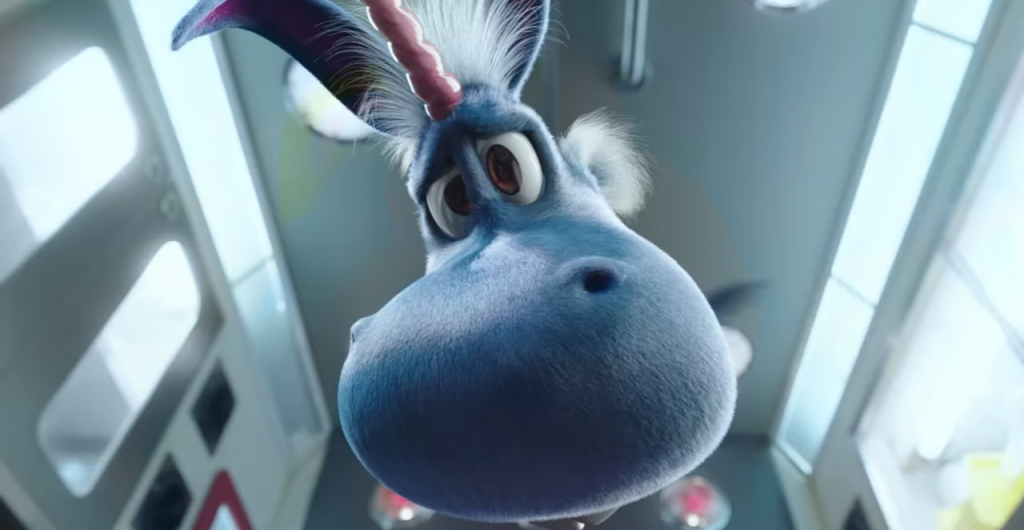 Happy the Unicorn on the Syfy series

FS: I have to say that the casting choice of Patton Oswalt as the unicorn is inspired.

GM: I was involved slightly in the casting, but we knew who we wanted straight away. Patton was one of our first choices. Chris Meloni was our first choice for the lead. But everyone’s great in it. So I hope people will like it.

Production for Happy! season 2 is now underway, per a recent tweet from director Brian Taylor: