The Back to the Future trilogy is a beautiful collection of films, telling a tale that is equal parts fun, hilarious, and heartfelt. The movies aren’t just nostalgia-fuel; they stand tall as a perfect blend of comedy and sci-fi that few movies replicate to such a pitch-perfect degree. And on Tuesday, October 20th, just in time for Back to the Future Day in October and the first film’s 35th anniversary, Universal Pictures is releasing the time-hopping adventure of Back to the Future: The Ultimate Trilogy is on 4K Ultra HD, Blu-ray, and DVD!

In honor of the occasion, we’re partnering with Universal to give a copy of Back to the Future: The Ultimate Trilogy on Blu-ray to one lucky winner! 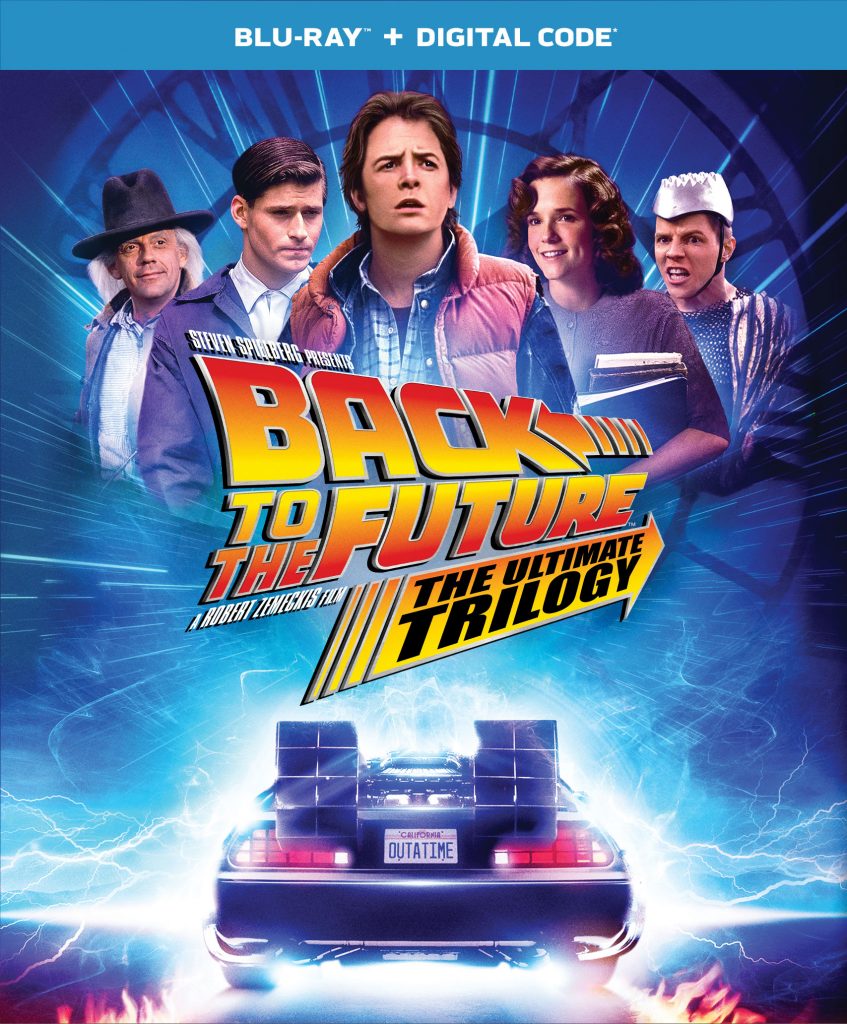 To enter, simply head to FreakSugar’s Facebook and Twitter pages, find this link, and tell us your favorite time travel film in the comments section of the social media posts.

You can enter on both FreakSugar’s Facebook and Twitter pages, which means you have TWO chances to win! The contest ends on Monday, October 19th, at 11:59 PM Eastern time.