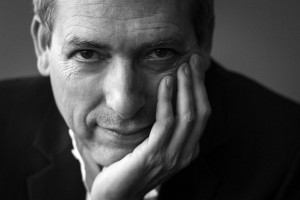 Comic books are becoming an increasingly diverse field, not just in terms of creators, but genres as well. While superheroes still dominate the US comic book landscape, underground and independent comics have offered readers a whole host of stories for readers looking for tales beyond those of derring-do.

In France, however, this philosophy toward readership has been a driving force for several years. French comic book fare is akin to what US companies saw in the 1940s and 1950s, with a wide range of genres and subgenres—from war stories to science fiction tales to westerns—for fans to choose from. This diversity is a driving force of the Delcourt Group, the largest comic book publisher in France.

FreakSugar: What can you tell readers about bandes dessinees who might not be familiar with them?

Guy Delcourt: They are certainly different than US comic books. You won’t find many superhero comics, but you will find many other types of genres. They are certainly linked to US, books because many of the French creators are influenced by those comics and movies. And because the comics are very creator-oriented, readers will find comics with strong voices and unique perspectives. Another difference is that many of the books or at least 60 pages, so readers will find them very rewarding in terms of visual style and being able to read a complete story.

FS: In terms of diversity, there seems to be a wider range of genres and types of titles that are readily available that you offer. Those types of genres and that’s where arrange can be found in US comics, but they can sometimes be a little more difficult to track down.

GD: I feel that there are three strong, cultures in the world: US, culture, Japanese comic culture with manga, and French comic culture. Each of them, of course, it’s filled with great stuff. What makes the French culture special is its diversity. We have titles for everyone and for all ages. We have many books, for example, geared toward senior readership. So, I think in France, comics culture is more integrated then anywhere else in the world. We have comics that focus on politics and extreme fiction ideas. It’s a very wide range.

FS: You started your career doing fanzines. How does that beginning inform your current comic book work?

I eventually was named editor-in-chief of one of these magazines and they were wise enough to cut me loose after one year. [laughs] But I was still passionate about, books and wanted to work in the industry, so I decided that the only way I would be able to get a job is to start my own company.

The Curse of the Wendigo

The Curse of the Wendigo

FS: Your partnership with comiXology is a very big deal. What does this digital arrangement mean for your current leadership and potential readership?

GD: In France, digital comics aren’t popular yet. They aren’t a big part of our income. So, digital comics in France are taking baby steps. However, we were one of the first publishers to connect with comiXology because we liked how they approach it. This is a good opportunity to broaden our readership. Of course, publishing the comics in English will give us a larger leadership. We already have some popular comics to have made their way to the US, but not that many. This digital approach will help to connect with not just new readers, but with professionals in the industry as well.

FS: There are going to be at least 150 titles to comiXology from your publishing company in the next 12 months. What can you tell readers about some of the titles, especially those that are coming out soon?

GD: We have a wide range of titles coming out. There is a title called Iron Squad, which is a an alternate-history story that looks at what would happen if Germans used new technology to win World War II. The Curse of the Wendigo focuses on French and Germans in World War I partnering to stop a common foe in the Wendigo. The book is drawn by The Walking Dead illustrator Charlie Adlard. There is something for everyone.

FS: When approaching your readership, does the Delcourt Group have a driving philosophy?

GD: The primary guideline that I have is to broaden readership. Several years ago, in France and in the United States, comics were more of a boys club. And I want to make comics that will peel to everyone. We do a lot of experimentation, like a book about global warming that’s nonfiction. So our driving philosophy is for comics to reach everyone.

Below are some of the titles that will be released first to comiXology, as well as their release dates:

The Curse of the Wendigo, written by Mathieu Missoffe and illustrated by Charlie Adlard (July 6)