Geez, is anything being saved for E3? No more Kinect bundle, reduced prices for Xbox Ones, what’s next?

Well, HALO 5 I guess. Of course, no shit, of course this is happening – we all knew that there’d be more Halo.

Today 343 Industries has revealed the next chapter in the Xbox’s flagship FPS franchise. Dubbed Halo 5: Guardians follows the continuing space adventures of one Master Chief.

Interestingly, this title isn’t simply Halo 5 and attaches the Guardian moniker after the colon. I’m not sure what all this Guardian business is all about but apparently they’ve been around since the beginning of the Halo franchise.

According to HALO Nation the term “Guardian” referred to an outside force that kills a player if they die in an unusual way – i.e. when two players melee each other simultaneously or happen to get caught in a explosion from a vehicle glitch. This appears to be a metric sorted out at the coding level within the game’s source to correctly parse whatever bizarre death happened. What this means for Halo 5: Guardians can only be pure speculation – maybe it will play up some esoteric game lore. Who knows?

343 Industries and Microsoft released a promotional image for the game, teasing another armor wearing super soldier. 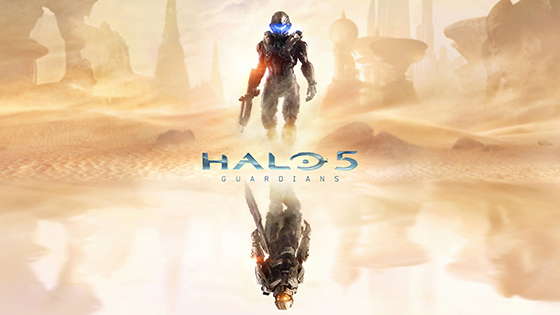 What we do know is this is the first time HALO will appear on the new console with lessons learned from the last numbered Halo. According to Bonnie Ross, General Manager at 343:

It’s a game that will hopefully demonstrate the talent, learnings and abilities of the 343 Industries team. A game that will incorporate the things we learned from “Halo 4” about technology, aesthetics, performance and scale – and perhaps more importantly, understanding and embracing a community of gamers who love what lies at the heart of this game, and the limitless potential of the “Halo” universe.

This is good news, not because Halo 4 was terrible; the shooting, encounters, and feel were all great but the story was… pretty lame. Hopeful Halo 5 will bring some better story telling along with the franchise’s top-notch gameplay.

Anyway, Halo 5 is dated for the fall of 2015 while Microsoft hopefully saves some of their surprises for E3 this June.