While Daenerys’ turn as the Mad Queen in last week’s episode of Game of Thrones may have rankled some viewers—you can check those out on Twitter if you want—that’s the situation we have as we barrel toward the series finale this Sunday. As to what will happen, well, HBO is keeping that close to the vest, obviously, but the network released two photos showcasing the grim situation. 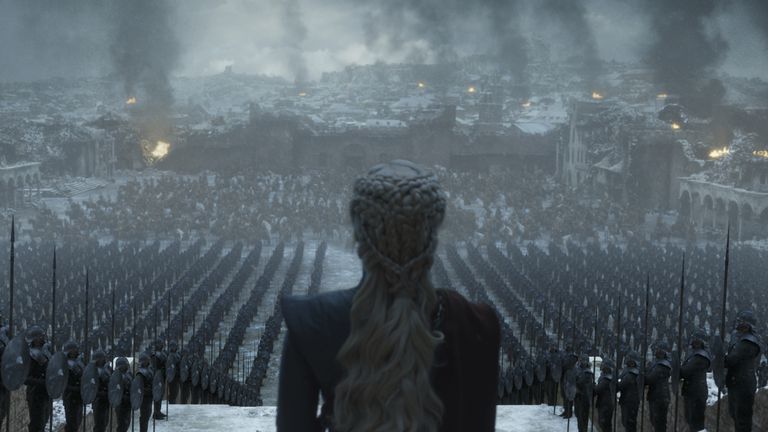 In the first still, Dany looks at her vast army and the smoldering remains of King’s Landing that resulted from Dany’s demolition of the city via her dragon Drogon. Anyone else getting Galactic Empire vibes a la Star Wars? 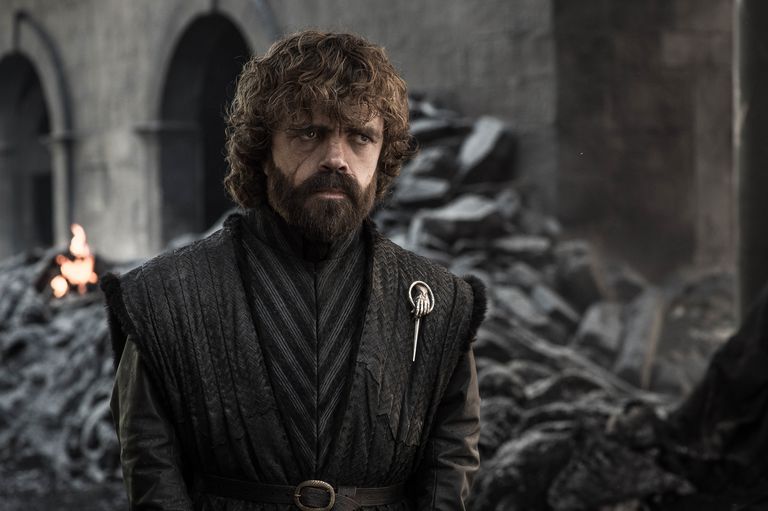 In the second photo, we have a worried Tyrion, who has reason for concern. He committed treason by releasing his brother Jaime from captivity in last week’s episode. Dany reduced his former home to char. What’s he going to do to stave off Dany’s machinations? What can he do?

We’ll have to wait and see for when the series finale of Game of Thrones airs this Sunday, May 19th, at 9:00 PM on HBO.