We always knew that Marvel Comics’ recent Infinity Countdown one-shots have been tick-tocking toward something, and now we officially know what. Via press release today, the House of Ideas announced that time may run out for the Marvel Universe’s heroes and villains alike in Infinity Wars, kicking off in July with Infinity Wars: Prime #1.

According to the press release, the event will center around the Infinity Stones, which have begun cropping up across the Marvel Universe, beginning in writer Gerry Duggan’s run on All-New Guardians of the Galaxy. Duggan also wrote the already-released Infinity Countdown one-shots and will pen Infinity Wars, with Mike Deodato, Jr. providing linework for the story. 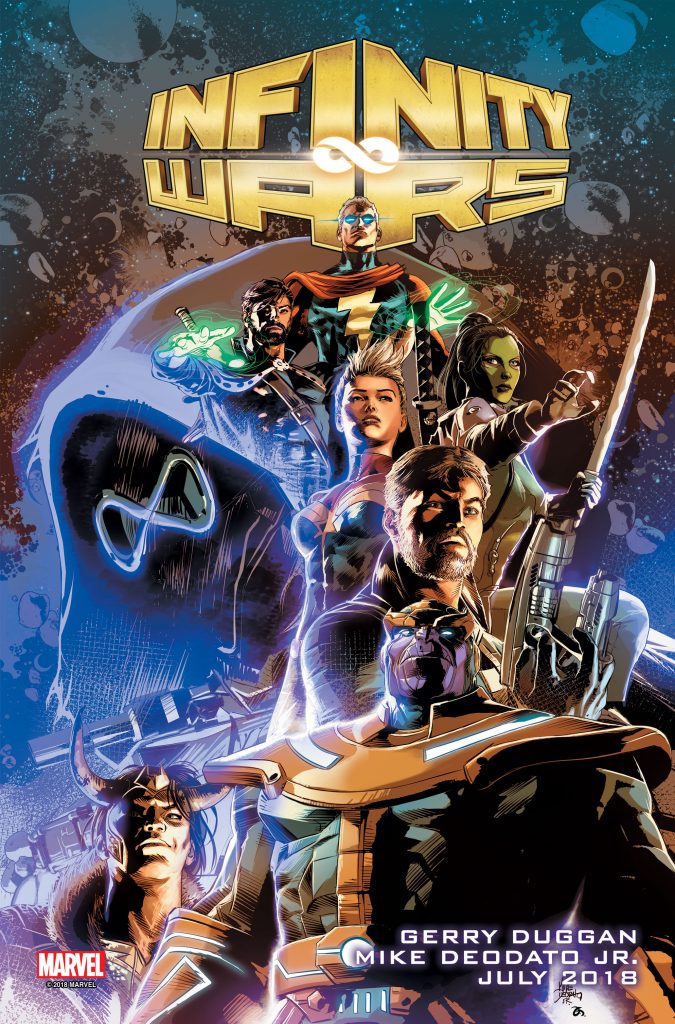 The art Marvel dropped (see above) shows some of the major players in the tale, including Thanos, who’s always sniffing around when someone even hints at the appearance of one of the six Infinity Stones. Also appearing is Adam Warlock, another perennial player in these Infinity tales and who also appeared in his own Infinity Countdown: Adam Warlock one-shot earlier this year. In addition to Loki, Gamora, Star-Lord, Captain Marvel, and Doctor Strange, the poster also reveals a mysterious character with an Infinity face mask who will sure to be a wildcard in the whole affair.

Per the press release, Marvel will announced more details at this year’s C2E2 convention, which starts Friday, April 6th.

In INFINITY WARS: PRIME #1, the heroes and villains of the Marvel Universe reap what they sow as their frantic search for the Infinity Stones leads to cosmic madness like never before. The simmering events of recent months spiral into something much, much bigger in this colossal story.