In the premiere of the ChillerTV film, Deep In the Darkness, Dr. Michael Cayle (Sean Patrick Thomas) discovers that the idyllic life in the country that he was seeking for his family will be short-lived, thanks to a sinister race of beings that live out in the woods beyond his new home.

And the man providing the score for this tale of rural terror is composer Matthew Llewellyn, who can count Deep Into the Darkness as another in a diverse (and long) list of credits in film and games.

We spoke with Llewellyn by e-mail about composing for horror, how he made his way into games, and finding the sounds for men and monsters.

FreakSugar: What attracted you to Deep In the Darkness? What sorts of conversations were you and director Colin Theys having about the sound of the film? 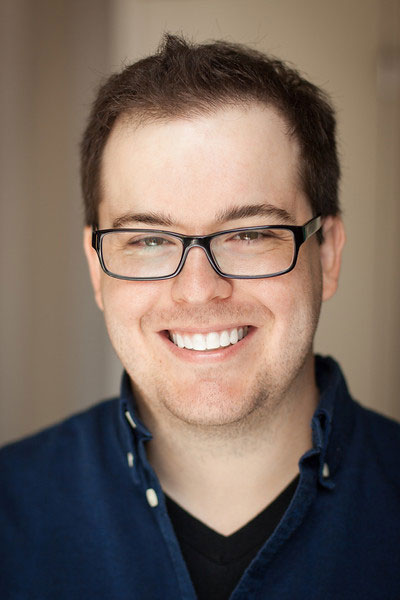 Matthew Llewellyn: I’ve worked with director Colin Theys and Synthetic Cinema International for a handful of years now, scoring Colin’s previous films for Chiller (Dead Souls, Remains). The score for Dead Souls was very classical in nature so we wanted to do something a little different for Deep In the Darkness. Even though the orchestra lineup is actually the same in both movies the music itself is pretty different. The Deep In the Darkness score as a whole is much more thematic which is great because I absolutely love writing themes.

Before I start composing, Colin and I discuss conceptual ideas for the score and how it could help tell the story. Initially we were both on the same page feeling the score needed a moody but thematic quality. I always push for having themes for prominent characters/places because I believe it strengthens the story-telling process. After talking about who would have themes we settled on the following:

These themes were used as a basis for the “sound” of the score. After themes were written and approved I mapped out the entire film in an excel document and make notes of what themes will go where and how they will evolve throughout the story. This allowed me to step back and look at the film as a whole and see how the music shapes the film. Oftentimes it’s easy to lose perspective when you’re concentrating on a single piece of music so it’s good to have the whole composition laid out in front of you. A good chunk of the score, including Michael’s Theme and Ashborough Theme are in 12/8, which gives the music a light, almost fairytale-like character. This works especially well in the film because it contrasts the more traditionally horror-sounding music for the Isolates.

FreakSugar: And what about the sound of the Isolates?

Llewellyn: We didn’t want the music for the Isolates to sound anything like the rest of the score. Colin didn’t want to have any sort of tribal voices/drums because he felt that would be a little too on the nose. I experimented with various melodic ideas all of which seemed to be a little too musically busy. I ended up stripping down what I was working on to a simple chord cluster. I took this cluster and orchestrated it in a pulsing fashion, which ended up working perfectly. The pulsing cluster as heard in “Infiltrating the House” returns whenever the Isolates are present. This way I could hint at their presence rather than hitting the audience over the head with an obligatory “bad guy theme.”

FreakSugar: Could you talk a little about some of the instrumentation choices you made here? This is a smaller, kind of intimate movie compared to some of the blockbusters you’ve worked on in the past, and I imagine the process and choice of instruments is a bit different.

Llewellyn: It’s definitely a smaller orchestra than the projects I’ve worked on with Brian [Tyler]. Oftentimes those big blockbusters can have a 100-piece orchestra and we had about half of that for Deep In The Darkness. That might not seem like a lot but most low budget movies don’t have a recording budget at all.

I’m very fortunate to be working with filmmakers that love having orchestral scores! You’ll notice that there are no woodwinds or trumpets in the score. I opted not to use them so I could have a bigger string section, otherwise the strings would get overpowered by the brass and it was important that the orchestra had a brooding/dark feeling but could still be able to play soaring melodies. I write all my music at the piano so writing for piano comes pretty naturally.

Both of Michael’s themes appear on the piano until the climax of the film in “Back into the Light” where his theme is played by the violins. Saving string melodies for the big dramatic moments is a classic film scoring technique. I mentioned earlier that it was important to differentiate the music for the Isolates from the rest of the score. You’ll notice that in some of the cues you hear a distorted eerie pad-like sound. This is a sound I custom-made for the Isolates to use with the string cluster. Like the pulsing string cluster, the pad only ever appears when the Isolates are near so we could hint at their presence. In the end I still have to come up with a creative solution within my music budget. Music budgets may dictate the size of the ensemble but they have no restraint on what you do with that ensemble.

FreakSugar: To what extent are you thinking about the look/aesthetic of a film when composing?

Llewellyn: I always take that into consideration especially when I’m writing thematic material.

One of the trickiest scenes in Deep In The Darkness is at the end when Michael kills the last of the Isolates. It’s not really a triumphant moment for Michael because he is exhausted from the journey that brought him there. Having traditionally heroic music wouldn’t work so what I ended up doing is writing something very modal in the style of Ralph Vaughan Williams. This gives the music a floating feeling that doesn’t feel quite grounded. The cue then finds its ground when we see Michael carrying his daughter Jessica out of the caves and into the light. Michael’s theme then plays in a very lush fashion with the melody in the violins.

The Isolates (“Back into the Light”) live in dark caves so using a brooding string cluster as their “sound” worked especially well. Whenever Michael was inside their caves I didn’t use orchestra at all, only eerie sounds I created here at my studio. This helped make a big contrast between the world they live in and the world Michael lives in.

FreakSugar: What’s the key to composing for horror (or thrillers) without overwhelming the action on screen?

Llewellyn: I think the key is to really get inside of the character’s mind and make the audience feel the terror they are seeing on screen. You can get away with big musical gestures as long as it’s supporting what’s happening in the story. The end of “They’re Coming for You” is very loud and biting. To get that particular sound the players had to play really aggressively, and even though the music may seem loud on its own when it’s mixed into the film, it still doesn’t overpower the scene. If anything, it heightens the scene. The great thing about the horror genre is that you can get away with being more musically in your face. That’s one of the things I love about writing horror scores. It’s important to take musical chances; it’s how we as composers fine-tune our craft.

FreakSugar: Are there any notable horror scores that you think get it just right?

Llewellyn: Other than the obvious Herrmann/Hitchcock collaborations I think the scores for Alien and Aliens are absolutely brilliant. More recently I thought Roque Baños’ score for Evil Dead (2013) was fantastic. The siren he used in that score is still one of the creepiest things I’ve ever heard in my life. I’m a big fan of Fernando Velázquez’ score for Devil as well. It’s great to see traditional orchestral scores making a comeback in the horror genre.

FreakSugar: You worked with Don Coscarelli on John Dies at the End. Any chance you’ll be working with him on Phantasm V?

Llewellyn: Hopefully! We had a blast working on John Dies at the End; Don was an absolute pleasure to work with. It was a great opportunity to do something outside of the box and really see how crazy we can get the music to sound. 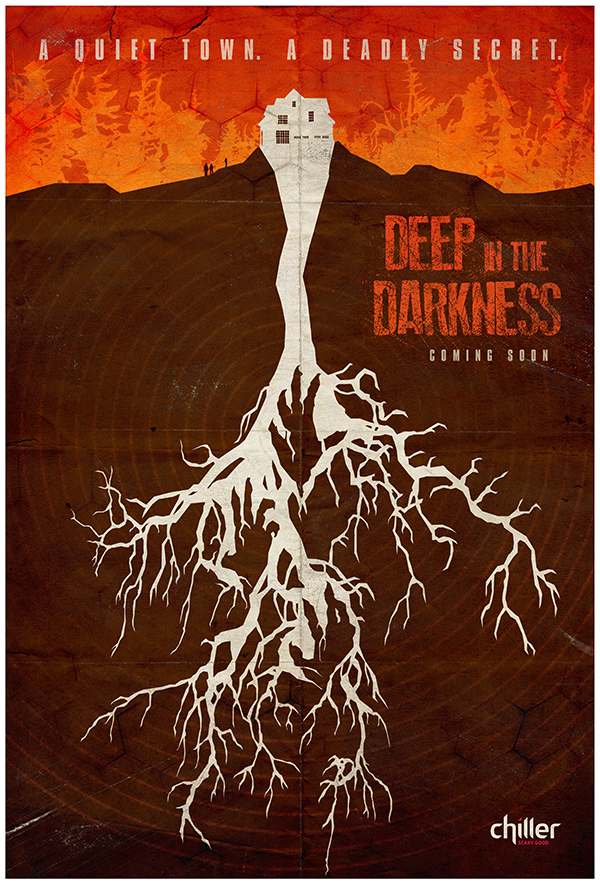 FreakSugar: How’d you get your start composing for films and games?

Llewellyn: It has been a bit of a serendipitous journey. I grew up as a math and science kid but had played piano from a young age. For a while I was thinking about going into architectural design because I loved my VersaCAD class in high school. I was also quite fond of my probability and statistics/accounting class, strange I know. I’ve always enjoyed problem- solving which is one of the reasons why I love writing for film and video games. It’s like one big creative musical puzzle and it’s my job to figure out a way to piece it all together and help tell a story. I attended Berkley College of Music and was set on studying Music Production/Engineering and Music Business/Management.

It wasn’t until my sophomore year when I saw how much fun my roommate was having writing music to picture. I had an epiphany and realized I could combine my two favorite loves, music and film, combine them and turn it into a career. I ended up graduating at Berkley with a dual major in Film Scoring and Music Business/Management. After moving to Los Angeles I attended the Scoring for Motion Picture and Television graduate program at the University of Southern California. After graduating USC I was lucky to get a position at Brian’s studio and was fortunate to work on a lot of great projects.

FreakSugar: You’ve jumped between games and film for a while now. Are the skill sets drifting closer together?

Llewellyn: I think so. Film and games are quite different to their approach but at the end of the day you’re still writing music that needs to tell a story. The logistics of video game scoring can get pretty insane because the game developers implement the music as it’s finished.

Additionally, big games like Assassin’s Creed IV: Black Flag can have anywhere from three to four hours of music whereas the average film probably has around seventy minutes. I was a big gamer for a long time playing titles like Call of Duty, so when I got the opportunity to work on Call of Duty: Modern Warfare 3 I was absolutely blown away. I was also extremely excited for Far Cry 3 to come out, I couldn’t wait until we received our copies at the studio so the day it came out I ran to the store and picked it up.

FreakSugar: Finally, what are you listening to right now?

Llewellyn: I’m all over the map when it comes to listening to music. My most recent album purchases are Alexandre Desplat’s score for Godzilla, The Black Keys’ Turn Blue and White Women by Chromeo. I listen to a wide variety of music and I’m definitely not afraid to roll down my car windows and blast System of a Down, Frank Sinatra, deadmau5, or Stravinsky. It’s always funny to see people’s reactions in other cars. I just love it all, but if you asked me who I listen to the most I would say John Williams.

Deep In the Darkness airs tonight on ChillerTV. Listen to excerpts from the film’s score on its SoundCloud page.