Just this month, Rocketship Entertainment, which has made a name for itself in bringing print versions of webcomics to life through crowdfunding, announced the launch of new imprint, Bottlerocket, with a mission of producing comics for younger readers. In its announcement, a whole bevy of books were teased, including three titles by Studio Stario president Mike Federali: Felix the Cat: The Collected Edition, Go Beezerk!, and Cosmic Fox. Each title will have a distinct look that will appeal not just to young readers, but all fans of comics who love fun and excitement in their four-color fare.

The preorder Kickstarter for Felix the Cat: The Collected Edition launched just over a week ago with Bottlerocket and has already almost tripled its initial goal. There’s great affection for the Felix character and, judging from the online chatter, many fans are excited to see the furry feline back with his magic bag and new adventures. And Federali seems equally excited to helm Felix’s tales.

Mr. Federali spoke with me recently about the concepts behind his three titles for Bottlerocket, working on such a timeless character as Felix the Cat, giving each book a distinct look, and how the comics let allow him to work different creative muscles. 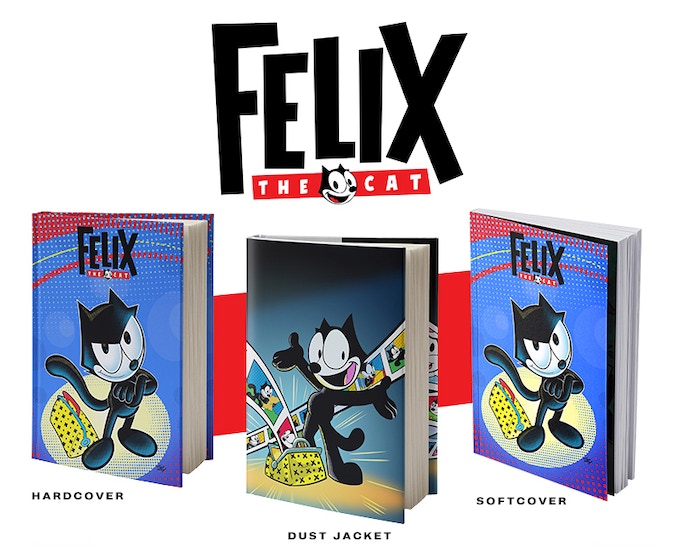 FreakSugar: First of all, congratulations on the success of the Felix the Cat Kickstarter so far!

Before we get into the titles you’re writing for Rocketship and their Kickstarter campaigns, including Felix, Go Beezerk!, and Cosmic Fox, what can you tell us about Studio Stario, for which you are president and writer of the aforementioned titles?

Mike Federali: Studio Stario is my own development studio for new books, toys, animations, and games. My main focus right now is focusing on great characters and great stories. And making good partnerships for the future.

FS: The range of titles that you’re working with Rocketship to produce look like so much fun: from Felix the Cat to Go Beezerk! To Cosmic Fox. These are some of the first books out of Rocketship’s Bottlerocket imprint. What is your writing process like?

MF: Good question. With Felix I had to pitch way in advance and work within guidelines. That was definitely an interesting experience. Once the stories were approved I put together the right team. It was more like making a movie than a comic book at times. With Cosmic Fox I just let my imagination run wild and collabbed with Mighty G (the artist). We’ve been working on that book off and on for years. And with Go Beezerk! I teamed up with Shane Campos on his character. Fleshing out story and introducing some things of my own. Each process has been different. The one thing in common is just putting in the work and dreaming up fun stories. 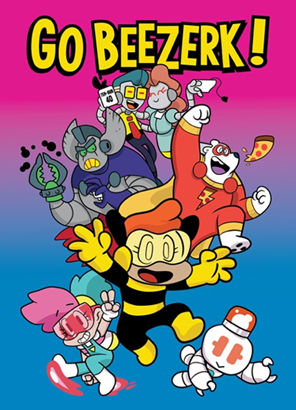 FS: Following up on that, what can you tell us about the ideas behind each book?

MF: For Felix I had to come up with something that was an equal mix of new and classic. I had a few new characters I wanted to introduce in a seamless way. So I just waited for the right moments in the story for them to fit in. All in all there are 4 new characters that (from fan response) are very fun additions.

FS: I love the looks and summary of the books! I’m excited to read them! Each book looks very distinct. What was the design process like for the books?

MF: When it comes to design, each book has a different artist and I leaned heavily on their best skills. I didn’t want a “house style”. I think the only thing actually in common with the books will be Dave Lentz’ lettering. He’s a great secret weapon and worth mentioning every chance I can. 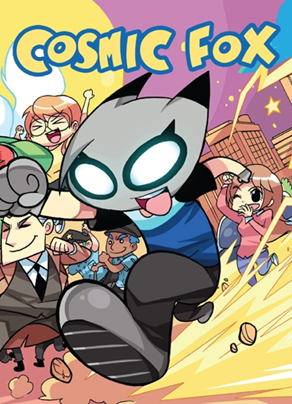 FS: Felix is such a timeless, beloved character. What has it been like working on a character with such a rich history?

MF: It’s daunting. You don’t want to mess up a character that’s been crushing it for over 100 years. It’s tricky at first, but when you really lock in you start to know what the characters would and wouldn’t do. You know each character’s “voice”. I was luckily already a fan, so it didn’t take too long to lock it down.

FS: On to the Kickstarters themselves, what can you tell us about some of the rewards that backers can expect?

MF: Besides the really great collected versions, my personal faves are the pieces by Art Baltazar, Dean Rankine, and Thom Zahler. All very talented artists that brought something different to the table.

FS: Rocketship has produced a bevy of books, with titles and subjects running the gamut. What made this partnership with Rocketship and its new imprint Bottlerocket a good fit?

MF: I’ve watched Rocketship for some time and am constantly impressed with their work ethic and the quality of the other books they’ve put out. They have titles I read, writers I enjoy talking to, and without over-simplifying it, they are just good folks. 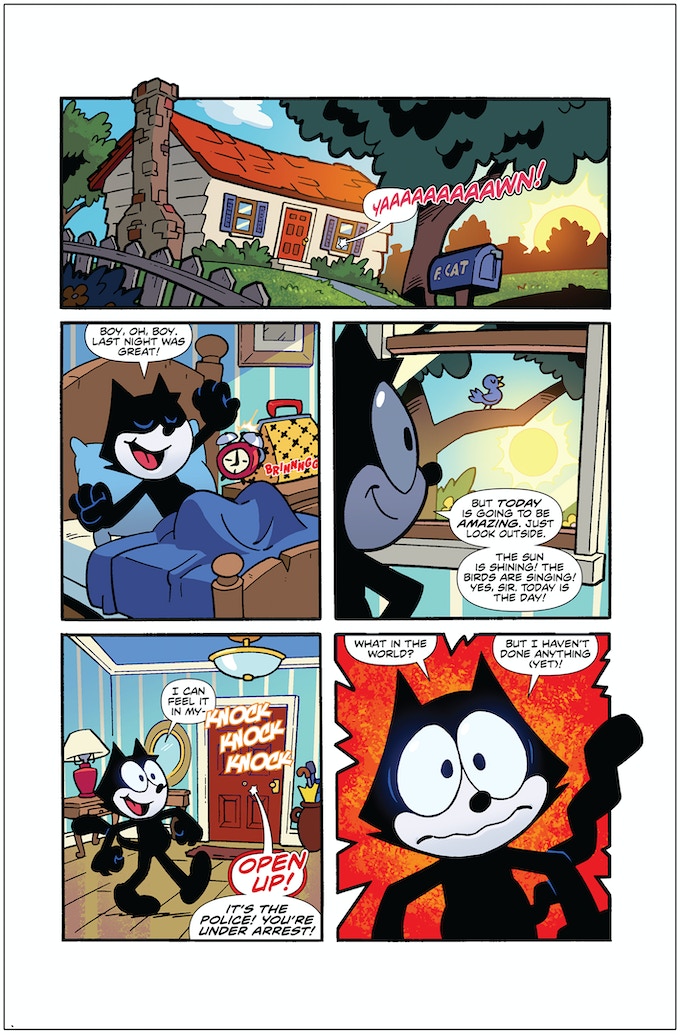 From FELIX THE CAT: THE COLLECTED EDITION

FS: Do you have any final pitches for folks considering contributing to the campaigns of any of the titles we’ve discussed?

MF: With Kickstarter the one thing I want to tell fans is that a lot of hard work and love has gone into the books. That’s MY big pledge. The countless hours that went into the research, the writing, the re-writing, [Felix artist] Tracy [Yardley]’s FANTASTIC artwork, everything. Please, please, make sure that fantastic is capitalized because he really took the book to a whole new level.

The Kickstarter for Felix the Cat: The Collected Edition has already almost tripled its initial goal, with three weeks still left in the campaign. Stay tuned for the launches of the Kickstarter campaigns for Cosmic Fox and Go Beezerk!