While the mutant bag of awful and murder known as Sabretooth is most often associated with X-Men member Wolverine as his perennial adversary, the man named Victor Creed originally debuted in Iron Fist #14 in 1977. Gaze upon Sabretooth in his blonde, feathered-hair glory: 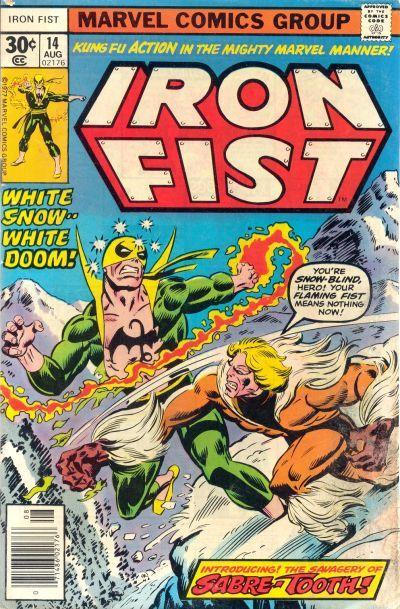 With Marvel’s “Legacy” event heading to comic shops this fall, the House of Ideas announced that Iron Fist-wielder and Defender Danny Rand will be squaring off with the mutant in Iron Fist #73, Part 1 of “Sabretooth Round Two.” What exactly that confrontation will entail is still too early to tell, but over at Syfy.com, writer Ed Brisson did hint at what we can expect to see:

Danny DOES need Sabretooth’s help. But, even though Sabretooth may be a “good guy,” he’s still got no love for Iron Fist.

Sounds like even though Sabretooth is on the side of light these days, that doesn’t mean he’ll be clamoring to help his old foe. The cover to issue #73 doesn’t look as though they’re having a civil conversation either. 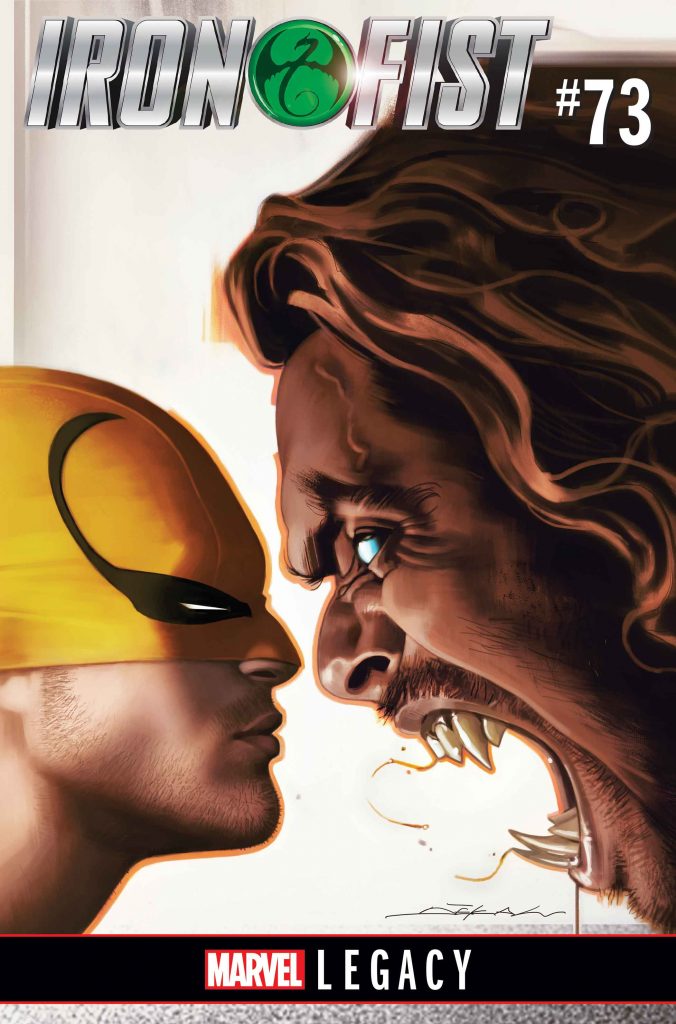 We’ll see how Sabretooth and Iron Fist’s reunion goes this fall in Iron Fist #73, Part 1 of “Sabretooth Round Two,” written by Ed Brisson with Mike Perkins on art.