On last night’s episode of Game of Thrones, “The Spoils of Conquest,” all of the shit hit the fan for the Lannister army. Fresh from taking Highgarden, Jaime Lannister’s forces, on the road back to King’s Landing, were set under siege by Daenerys, striding her dragon Drogon, with an army of Dothraki behind her. Royally enraged from losing Highgarden and the backing of the decimated Tyrell army—as well as the recent destruction of Yara Greyjoy’s forces—and weary of advice from her counselors that hasn’t panned out, she decided to go full Targaryen turn her enemies to ash. 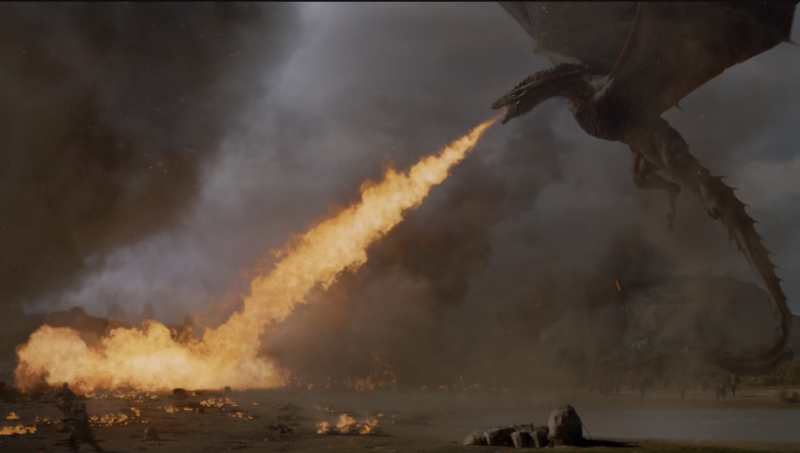 As can be expected, things don’t go well for the Lannister forces, between the marauding Dothraki wave and Drogon’s molten fire breath laying waste to Cersei’s army. While Bronn manages to make it to Maester Qyburn’s Scorpion ballista, the weapon’s arrow only wounds and grounds Drogon, but does not finish the beast. 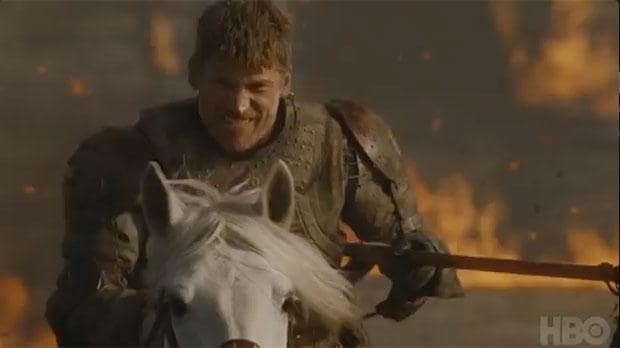 As Dany makes a desperate attempt to remove the arrow from Drogon’s neck, Jaime snags a spear and charges, attempting a Hail Mary, hoping to take out the Breaker of Chains and quell the war sooner rather than later. As Jaime’s brother Tyrion looks on, shaking his head at that “fucking idiot,” Drogon notices the older Lannister, with Jaime another victim of the scaly dragon himself had Bronn not knocked Jaime into a nearby lake at the last minute. 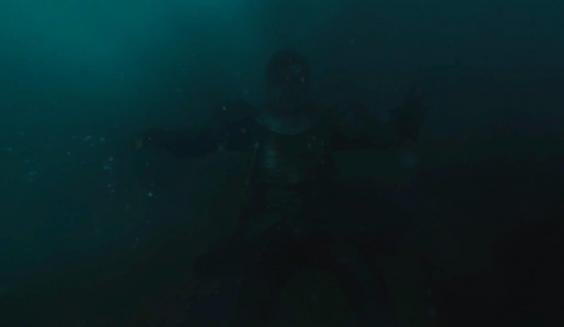 You know what’s not buoyant? Armor.

Putting aside whether Jaime’s armor has sentenced him to death (come on, we know he’ll survive; his story isn’t over), the reason for why he acted as he did is more interesting. Jaime is a bright man, as all Lannisters tend to be. While his passions do occasionally blind him to rationality—cough Cersei cough—he’s a strategist and, under normal circumstances, there’s no world where he’d think charging at a dragon, wounded or not, would be a sharp move. It’s a fool’s errand.

However, Jaime’s mind is clouded. In the previous episode, Olena Tyrell admitted to Jaime that she had his son Joffrey poisoned. While for viewers witnessed Joffrey’s death many seasons ago, the loss of his son has to be fresh, no matter how much time has passed. Not being able to exact brutal justice on Olena, having just ingested poison herself, has to be maddening. Frustrating. Making him powerless.

And then there’s the matter of his sister Cersei. Since returning to King’s Landing at the end of last season, finding her on the Iron Throne, it’s clear that Jaime has become increasingly wary of his sister, subtly and expertly performed by Nikolaj Coster-Waldau. Is he dreading the conversation with Cersei about the fate of Joffrey’s killer? Are Olena’s words echoing in his ear? He seems to acknowledge that Cersei is certainly a monster to some, but is that acknowledgement threatening to distrust his sister and question whether his love for and faith in her is enough? Does he wonder if he’ll be a future victim of her wrath, somewhere down the line? The Lannisters have painted themselves into a corner–they have to win their gambits now or pay with their lives. But when is enough enough for Jaime? He doesn’t seem built the way Cersei is, and that can be dangerous. 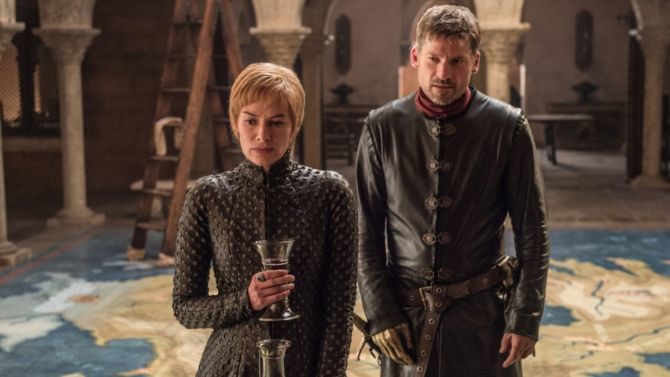 “I know we’re sexing and all, but you’re not going to kill me, right, Cersei?”

If/when Jaime makes it out of the lake, he has some hard questions to answer and emotions to rein in, which dragons he wants to slay, and if he has the nerve to slay those dragons if he hopes to make it out of Game of Thrones alive. We’ll see what path he chooses next Sunday.