Debuting on Netflix in 2021 and brought to the screen, in part, by Robert Downey, Jr., and Susan Downey’s Team Downey production company, Sweet Tooth is based on the DC Comics/Vertigo series created, written, and drawn by Jeff Lemire. In Sweet Tooth, after what is known as “The Great Crumble,” much of the earth’s population was wiped out by a pandemic that became known as The Sick. In addition to decimating the world’s human inhabitants, The Sick resulted in many children born that were hybrids of humans and animals.

One of those hybrids is Gus, a nine-year-old part human, part deer, who finds himself partnered with a loner known as Big Man, who refers to Gus as “Sweet Tooth.” After the passing of Gus’ father, Big Man becomes Sweet Tooth’s de facto protector on the boy’s road to find his mother, and the two find themselves in a series of adventures of action and self-discovery along the way.

Narrating the series is acting legend James Brolin, best known for his roles in Traffic, Hotel, and Marcus Welby, M.D., and he’ll portray Zurg in Lightyear later this month. Brolin’s measured tones bring a nuanced guide to what we are experiencing onscreen. His narration helps anchor and ground viewers, and sometimes acts as a balm to the more tense moments of the show. I was fortunate to speak with Mr. Brolin when Sweet Tooth debuted on Netflix about he became the narrator for the series, how the series is pertinent for our time in history, and how narration is different from other forms of acting.

FreakSugar: Thank you so much for your time today. I really appreciate it.

James Brolin: Thank you so much!

FS: How did you become involved with Sweet Tooth?

JB: I got a call from my friend Robert Downey, Jr., who, along with his wife Susan, instigated the making of this show. He said he only wanted me to narrate it. I didn’t know what that meant at all. And then I slowly found out that it would be eight hours for the series. Warner Bros., who was the funding sponsor at the time before Netflix, wasn’t sure about this idea. And Robert said, “No, no, this is who I want.”

I definitely would have done the part had I read it over first, but there are things you do when a friend calls that you say, “Sure, no problem, man.”

FS: After you were approached, were you given the whole scripts, start to finish?

JB: No, no, I knew nothing. All I knew until the release were the clips I spoke over, so I had to piece all that together in my head. Which I kind of did, but I didn’t realize until the end that it was about the journey to love, the plight of us all needing each other. And at this time in history, this is one to watch. 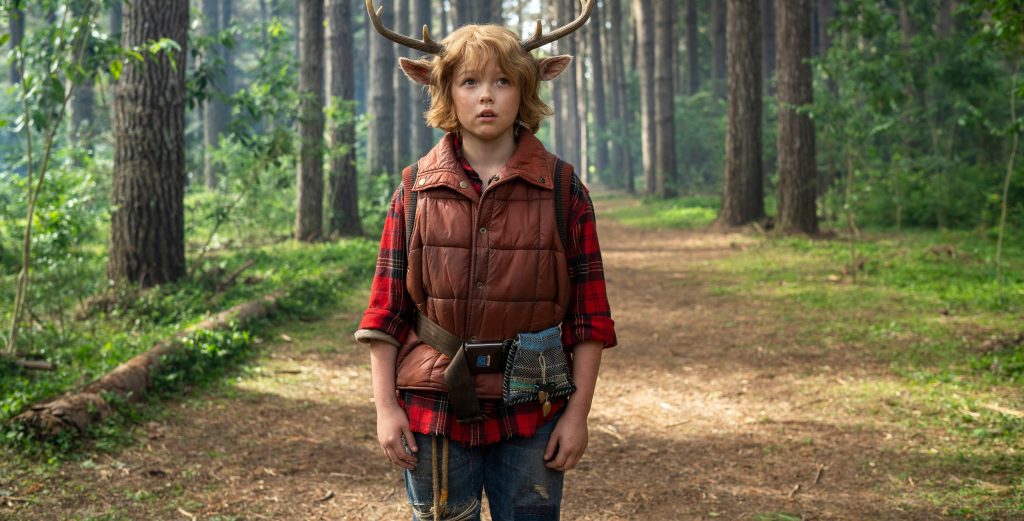 JB: And even with COVID, it wasn’t around when we started doing this. That was just a coincidence, there being a virus in the series and a virus in the world. That could be part of the initial viewer attraction. “Let’s see what this is about. Let’s see what could happen.” Fear always gets attention, doesn’t it?

FS: How is narrating different from your other performances onscreen? Do you have to get in a different headspace in how you approach it?

JB: Yeah, I have found that’s the case. When you start this sort of thing, you think that you just have to say words to the pictures and say it a couple different ways. But I was in a sweat and sometimes what I thought would take an hour would be a three-hour session, doing it every which way, trying to find that ounce of inflection in the voice that would say something contrary or whatever was needed. In a way, it becomes potluck and it becomes like a warm-up for a workout. The warm-up is never as intense as the workout. So the first hour, you’re fishing. The second hour, you’re better. And the third hour, you’re a bear and tired as heck afterward. 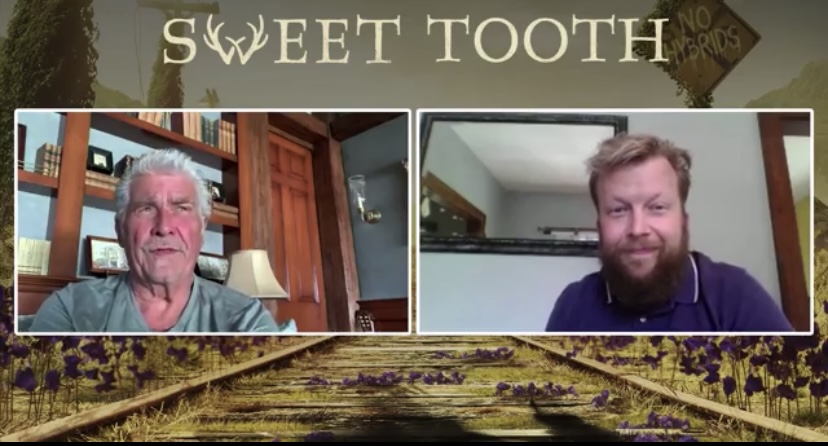 FS: We only hear what you say on screen, but we don’t take into account the multiple takes you have to do.

JB: Yeah, and I always wanted to do some vocalizing like that. Every agency has a department for that where they want to sell their actors to an advertisement or whatever, and I never got one. So the Downeys gave me this assignment and now suddenly it’s creating more vocal work. I wasn’t really aware of voice.

If you look at my early work, I was never aware of voice. It was just a kid talking and there was really no attention to detail. [laughs] I was remembering until the 1970s when I played Clark Gable [in Gable and Lombard] that I intended to get whatever inflection that made him unique, which you could hear in an elevator if he was talking behind you. So I started to concentrate on voice in the mid-70s and then I worked voice for years. In [Konstantin] Stanislavski’s book An Actor Prepares, it says you can be a great actor, but if don’t put it on the outside with your tools, nobody’s going to know about it.

Sweet Tooth season 1 is currently streaming on Netflix. Season 2 is currently filming, but there is no release date as of this publication. James Brolin voices Zurg in Lightyear, debuting June 17th, 2022. Individual issues and issues of the Sweet Tooth comic series are available from DC Comics.